Nektaria Anastasiadou, author of “A Recipe for Daphne,” hopes her book offers a  window into Istanbul’s insular Rum community — a group of only a few thousand people in Turkey who still trace their ancestry back to the Byzantine Empire.

"...[T]here’s so much liveliness! I wanted to present our community as I feel it is.”

“It’s always represented as, like, ‘OK, there’s one little butcher left on the corner, and when he dies, it’ll all be over,” she said. “But there’s so much liveliness! I wanted to present our community as I feel it is.” 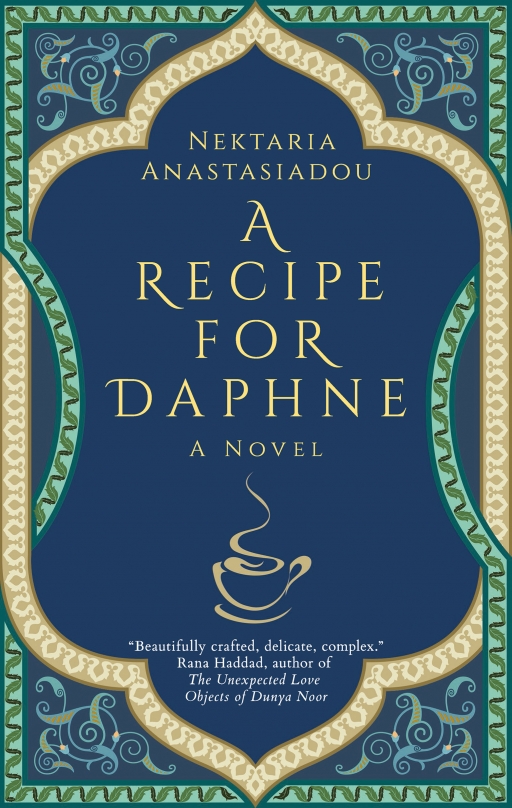 Nektaria Anastasiadou's "A Recipe for Daphne," released worldwide this month, follows a colorful cast of characters in Istanbul's insular Rum community as they search for love, identity and a long-forgotten pastry recipe.

Hoopoe Fiction, an imprint of The American University in Cairo Press.

The giggles of elderly Rum ladies sharing a saucy joke, the caws of insistent seagulls, and the wafting smells of pastries and hot coffee seem to pour out of her book.

Indeed, food is a central theme throughout the novel and a frequent topic of conversation. It’s often used as a way for characters to show their love.

The title itself, “A Recipe for Daphne,” refers to a baker’s search for a long-lost recipe of an Ottoman pastry.

Anastasiadou was inspired to write, she says, when an elderly Rum gentleman told her about this recipe that nobody makes anymore: the balkanık.

“He said it was like an éclair, and it had different colored creams inside,” Anastasiadou said. “Each cream represented one of the Balkan people, so as a whole, the pastry represented harmony.”

Anastasiadou’s book passes as a light, escapist novel with a love story. But at its core, it’s a meditation on identity and the scars of history. Through her rich characters, the Rum people's painful history over the last century also comes to light.

When the Ottomans conquered lands held by the Byzantine Empire in the 14th and 15th centuries, they largely allowed local communities to maintain their faith. The Rum, a moniker that comes from the Greek word for Roman, continued to speak Greek and practice Orthodox Christianity and remained in Turkey for centuries.

Afterward, hundreds of thousands of Turkish Rum people were forced to uproot their families and leave for Greece in a series of “population exchanges” dictated by the Treaty of Lausanne in 1923.

Related: 100 years after genocide, Armenians in Turkey revive their identity 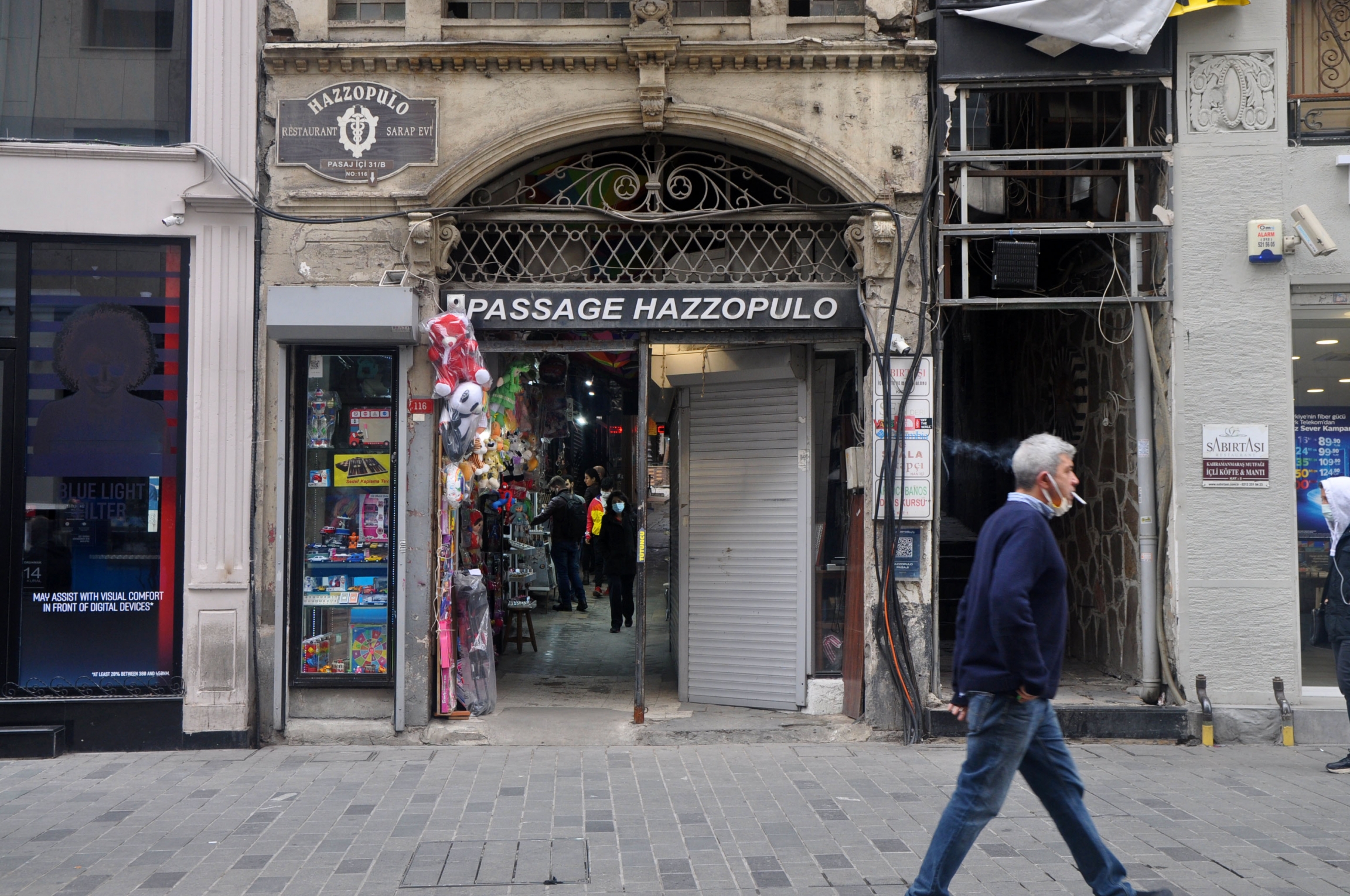 Situated just off of the bustling Istiklal Avenue in Istanbul’s Beyoğlu district, the Hazzopulo Passage is one of several alleyways that can elude passersby. A tunnel of shops and jewelers opens into a courtyard tea garden like a breath of fresh air. From this courtyard, one of Istanbul’s most famous Rum Orthodox churches can be accessed.

These days, Anastasiadou likes to walk through the streets where her novel’s characters live in Çukurcuma: a stony, tree-lined district of cafés and historic apartment buildings on a hill above the sparkling Bosphorus Strait.

It’s here where, in the novel, readers meet Fanis, an elderly gentleman who has been diagnosed with vascular dementia and refuses to accept it.

“[Fanis] refuses his diagnosis. Just as, I feel, in the Rum community, we need to refuse the diagnosis that’s been given us — [that] we’re the last, we’re done. ... We give [that diagnosis] to ourselves, then the outside world gives it back to us.”

“He refuses his diagnosis. Just as, I feel, in the Rum community, we need to refuse the diagnosis that’s been given us — [that] we’re the last, we’re done,” Anastasiadou said. “We give [that diagnosis] to ourselves, then the outside world gives it back to us.” 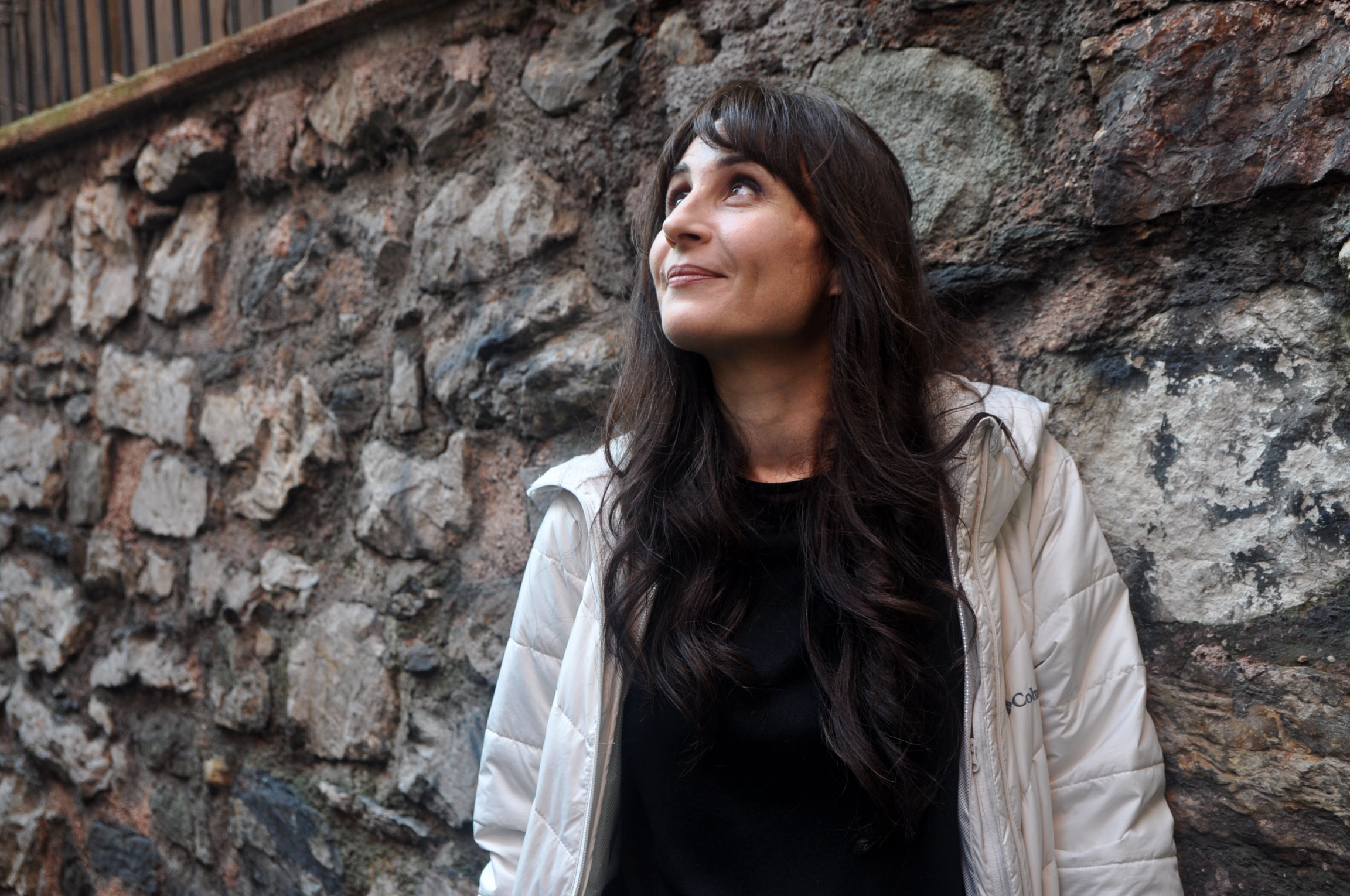 Nektaria Anastasiadou stands for a portrait in a small alleyway, that allows foot traffic to pass back towards the residential part of Çukurcuma from the busy main row of shops.

Instead, the somewhat debonair Fanis spends his days as he always has, chasing after younger women in the hopes of marrying and having children. He lives on the same street where he grew up — once a largely Rum street whose inhabitants were forced to leave after an ethnic pogrom against Turkish Rums in 1955, and another wave of deportations in 1964.

An antique display of marble sinks salvaged from old houses — a mainstay of the Çukurcuma neighborhood — also appears in the novel, where Fanis passes by and pauses to think.

“He wonders how many meals he had eaten at friends' houses that were prepared at these sinks,” Anastasiadou said.

Ultimately, the book asks if it’s possible to have a future in a place where your community was once targeted and expelled.

To Anastasiadou, the answer is a clear-eyed yes.