Albert Einstein, Enrico Fermi, Robert Oppenheimer — chances are, you know the names of these famous physicists. 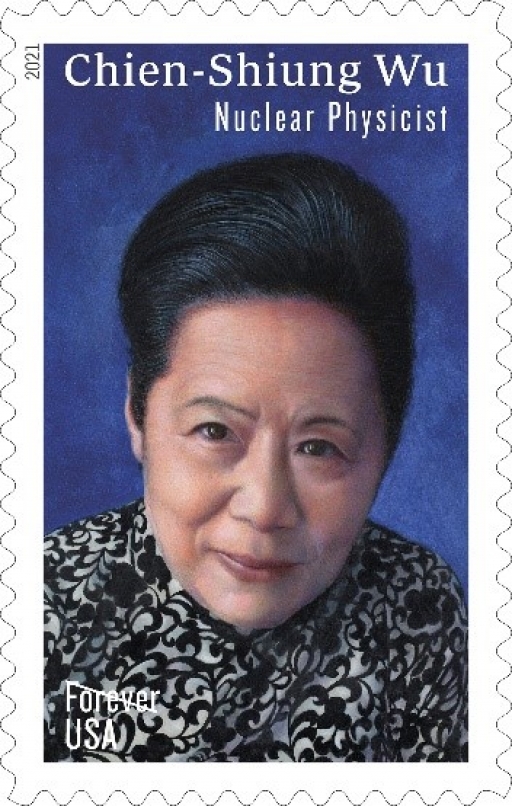 A new US postage stamp has been issued honoring Chien-Shiung Wu, a groundbreaking Chinese-American scientist known by many as the “First Lady of Physics.”

But today, a new US postage stamp has been issued honoring one of their peers, who is often unfairly overlooked: Chien-Shiung Wu, a groundbreaking Chinese American scientist known by many as the “First Lady of Physics.”

Wu was “someone who just had no doubt in her abilities, and no doubt in the idea that women and girls had the same abilities as men ... but were simply not given the same opportunities,” the physicist’s granddaughter, The Washington Post journalist Jada Yuan, told The World.

Wu is perhaps best-known for developing an experiment testing — and disproving — the law of parity conservation, which was “once considered an immutable law of physics,” according to Columbia University. Two of her male colleagues, whose theories were validated by her experiment, later received the Nobel Prize for their work. In the decades since, many have argued that Wu was unjustly passed over for the honor, possibly due to her gender.

Related: Putting a price on women's unpaid work in India

Born outside Shanghai in the early part of the 20th century, Wu was educated at an elementary school founded by her father before leaving home to attend boarding school at a young age. From boarding school, she went on to a university in Nanjing, and from there to graduate school in the United States. In the meantime, the outbreak of war between China and Japan, and then subsequently World War II and the Cultural Revolution, meant Wu was never able to see her parents again.

“To think of that kind of perseverance in search of an education, in search of knowledge, and wanting to contribute to our understanding of the universe, I think is pretty profound."

“To think of that kind of perseverance in search of an education, in search of knowledge, and wanting to contribute to our understanding of the universe, I think is pretty profound,” Yuan said.

Wu also made fundamental contributions to the Manhattan Project during World War II and was an advocate for women in science throughout her life.

The stamp honoring Wu is being released on Feb. 11, the International Day of Women and Girls in Science.