China is launching the largest carbon market in the world this month, giving financial incentives to power plant operators to reduce their emissions.

Experts hope that it will be pivotal in helping the country meet its ambitious carbon targets. For now, the market only covers a single sector and lacks the strict regulations seen elsewhere.

In most carbon markets, governments set a cap on emissions by industry, allowing companies to buy or trade credits while staying under a fixed limit. But China’s new carbon market doesn’t have a cap.

Instead, the focus is on the efficiency of power plants.

“The priority is to improve the overall efficiency of the coal fleet to make the overall emission sector decline,” said Yan Qin, a carbon analyst at the financial company Refinitiv.

Inefficient plants will now have to buy credits, and the most efficient ones will have credits to sell.

The lack of an overall emissions cap means that the market will likely allow coal plants to stay open, Qin said.

Government officials say they plan to expand the market in the next five years to cover about 80% of China’s carbon dioxide emissions — accounting for a fifth of the world’s total emissions. 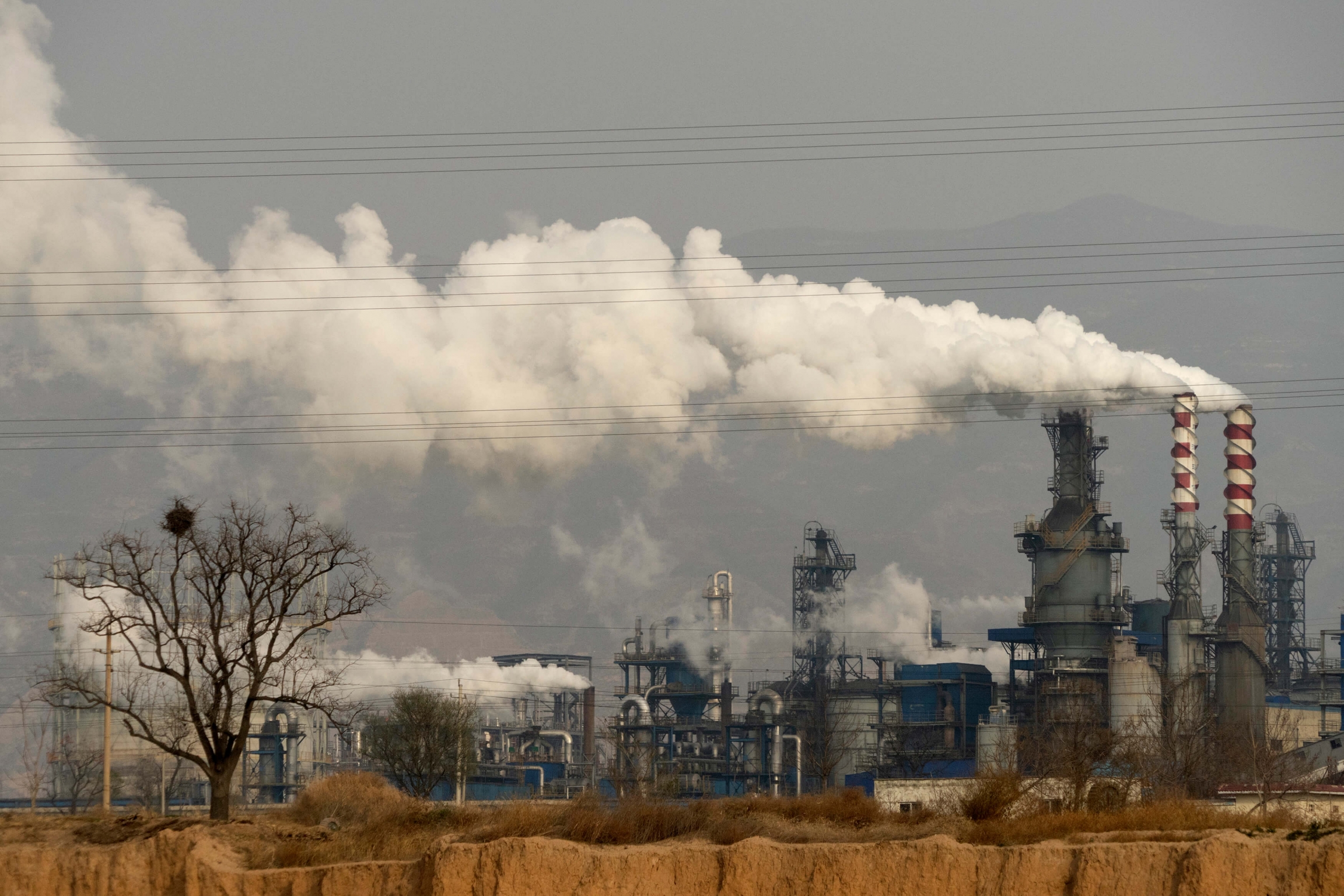 The future of China’s energy sector

China continues to build and plan new coal-fired power plants and consumes around half the world’s coal.

In 2020 alone, the country vastly increased its coal capacity, building three times more plants than any other country.

The carbon market’s potential to interrupt that trajectory will depend on whether it can significantly change the bottom line for plant operators and provincial politicians.

President Xi Jinping has set a major goal for China to reach peak emissions by 2030, and net-zero emissions by 2060. To achieve this, it is widely understood that coal — historically the engine for China’s economic growth — needs to be phased out.

Related: Biden brings US back to Paris climate accord. Now what?

For now, the new carbon market won’t shrink the coal industry, but if the rules change and the market gets more restrictive, it could.

“I believe China will gradually tighten up the rules,” said Yvonne Liu, a senior analyst of China’s carbon market with BloombergNEF.

This could mean raising the price of carbon or limiting the total amount of emissions rather than just focusing on efficiency.

“We'll definitely keep on watching how fast and how tight China can change the rules,” Yvonne Liu said. “The Chinese government has a tool, and any day they want to make it more effective and efficient — it can be done overnight.”

“[The new carbon market] diversifies the tools that the government can use,” said Li Shou, a senior policy adviser with Greenpeace in China. “It will help us strengthen the quality of data because for you to have a functioning emission trading system, you need to know who and where the emissions are coming from.”

China has signaled that it wants to make big moves to clean up its power sector. Just this week, the government announced it is considering boosting renewables to cover 40% of the country’s electricity needs by 2030.

“The country realizes that it needs to accelerate in moving away from coal,” Li Shou said.

China has also received increasing international pressure. UN Secretary-General António Guterres has consistently told global leaders, and China specifically, that coal should be phased out, saying that “coal should have no place in any rational recovery plan.”

“I have no doubt that the speed and the momentum that we have seen over the past decade with regard to wind and solar development will continue. The only question is, can we do it even faster? That’s the only question.”

“I have no doubt that the speed and the momentum that we have seen over the past decade with regard to wind and solar development will continue,” he said. “The only question is, can we do it even faster? That’s the only question.”

China’s highly centralized governance style allows for transformative policies to happen at a rapid speed, but that — along with the carbon market’s sheer scale — is a double-edged sword, according to Yifei Li, an environmental policy expert at NYU-Shanghai.

The market could be used to surveil and control members of industry in ways that are harmful or unfair, such as punishing power plant operators perceived as out of sync with the Chinese Communist Party.

“China doesn't have a stellar track record of being transparent with its own data. ... Overall, I think the idea of a carbon market can only work if there is a robust monitoring, reporting and verification system.”

“China doesn't have a stellar track record of being transparent with its own data,” Yifei Li said. “Overall, I think the idea of a carbon market can only work if there is a robust monitoring, reporting and verification system.”

Next month, the Chinese federal government will release its next five-year plan, which is expected to give clues about how the carbon market will be expanded or strengthened.

“Whatever the Chinese government decides to do in terms of its interventions into environmental protection can have overnight and very significant impacts on the planet.”