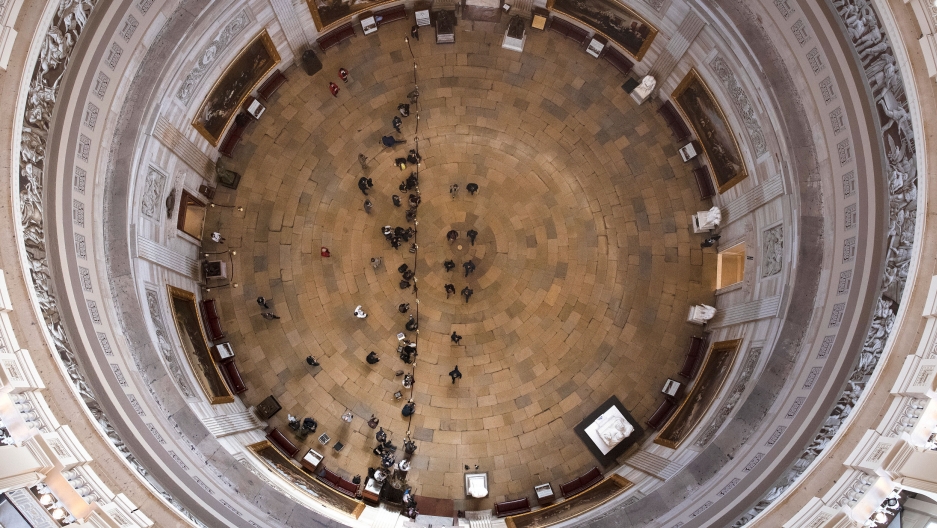 Acting Sergeant at Arms Timothy Blodgett, bottom right, leads the House impeachment managers through the Rotunda to the Senate for the second impeachment trial of former President Donald Trump.

On the first day of the second impeachment of former President Donald Trump, House Democratic prosecutors showed, in vivid detail, the attack on the US Capitol, and Senators decided the former president can stand trial. Prosecutors will begin on Wednesday two days of arguments seeking to link Trump directly to inciting a mob of his supporters to a riot and deadly breach of the US Capitol on Jan. 6, 2021.

Many around the globe were alarmed by the insurrection in Washington, and raised concerns about the violent testing of democratic norms as other countries have seen their institutions falter and drift closer to authoritarianism. The World’s Marco Werman spoke with historian Anne Applebaum, who is steeped in the rise of right-wing populist movements.

Applebaum suggested that it is not unprecedented among democracies to see political leaders undermine the independence of court systems, attack press freedom and use many of the same kinds of rhetorical and online disinformation tactics that have been used by the Trump campaign — take Poland, Brazil and Venezuela.

“You know, we all have in our heads this idea that democracy ends with a coup d'état and there's tanks on the street and the president is under arrest,” she said. “Actually, democracy much more often ends with democratic leaders turning against their own institutions and creating a loss of faith in them as a way of staying in power.”

Rescue efforts continue in India on Wednesday following the collapse of a glacier in the northern state of Uttarakhand, and a devastating flash flood that killed at least 32 people and left hundreds more trapped in underground tunnels. Scientists are working to understand the cause of the collapse, with evidence suggesting a piece of a Himalayan glacier fell into water, causing the massive flood. Others are now saying there were warning signs since 2014 for a potential disaster like this.

A 20-year-old woman was shot in the head in a police crackdown of protests in Myanmar. Large crowds turned up for a fifth consecutive day in Myanmar, protesting against the military coup and in support for ousted leader Aung San Suu Kyi. Demonstrators are defying a ban on protests despite security forces increasingly using harsh tactics.

Amsterdam officials move to ban tourists from its cannabis cafés 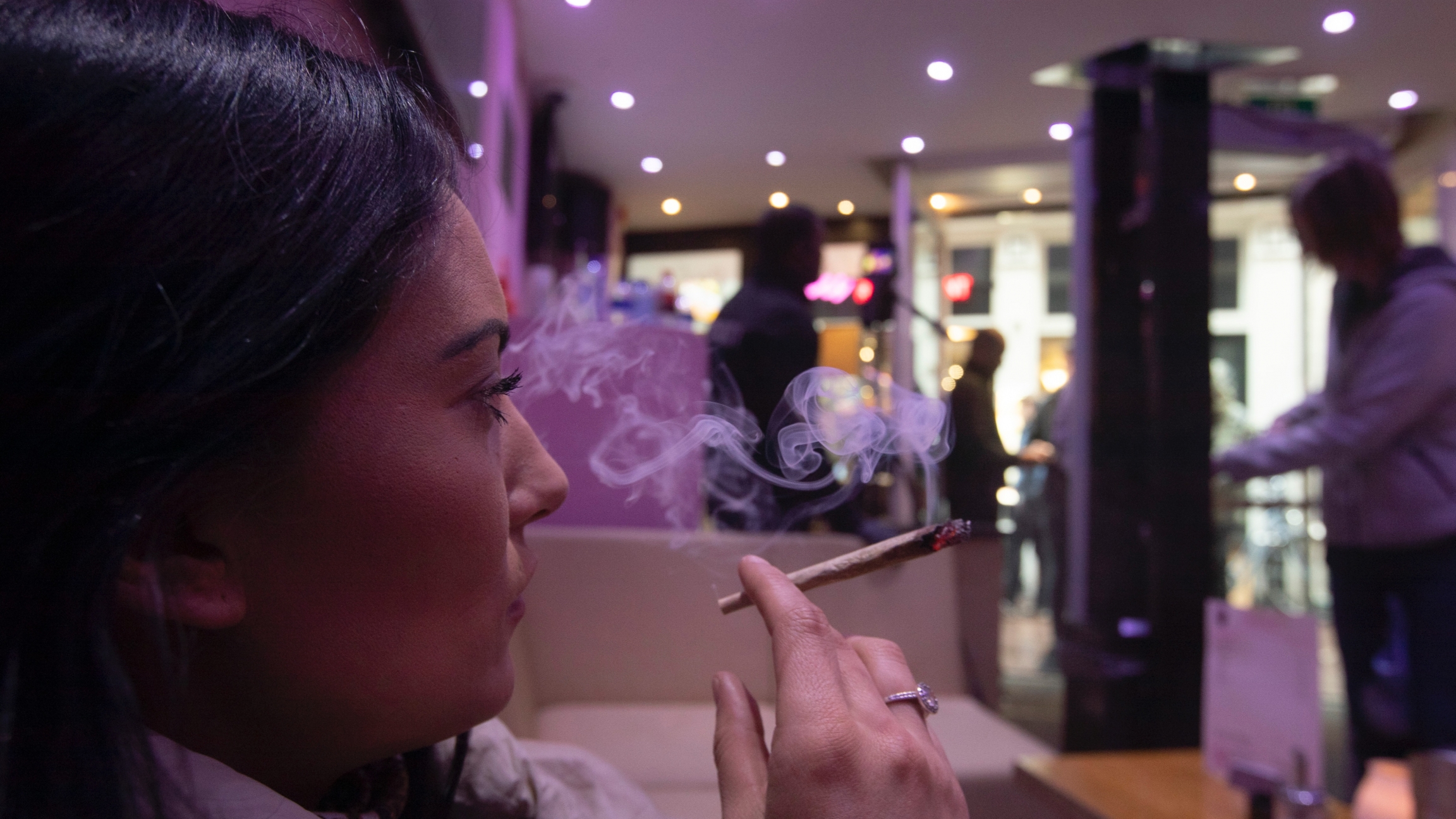 Going to a cannabis coffee shop in Amsterdam is a popular activity for many city visitors. But with the city groaning under the weight of mass tourism, the City Council has proposed banning foreign visitors from the capital’s weed cafés.

In Zimbabwe, a talk therapy program trains 'grandmothers' to lend a supportive ear 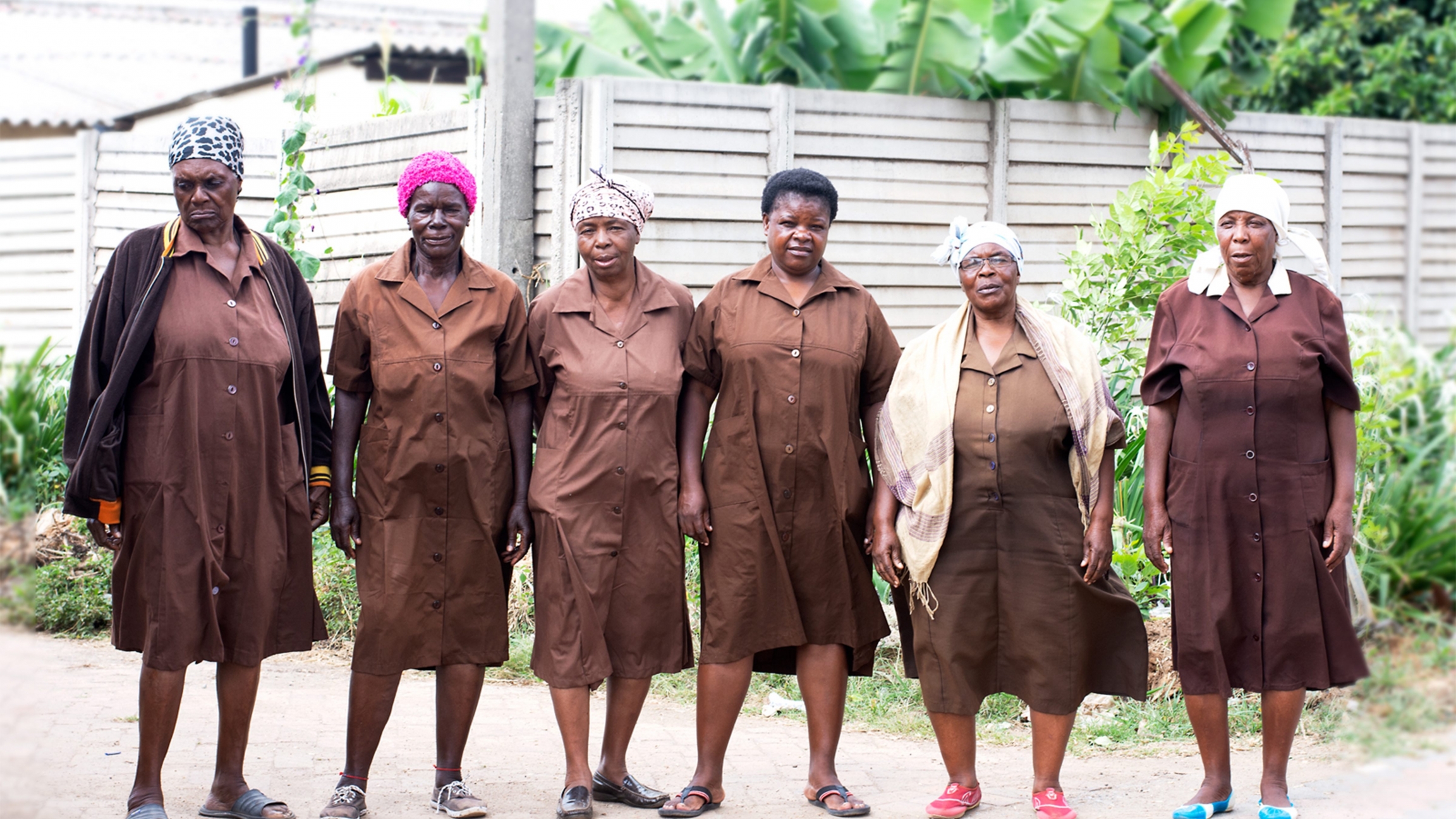 A photo of some of the Grandmothers trained by Friendship Bench who provide mental health advice at the Mbare Clinic in Harare Zimbabwe.

The idea is simple: Two people sit on a bench together and talk. A unique talk therapy program in Zimbabwe, known as Friendship Bench, delivers much-needed therapeutic care at a time when people need it most.

Founded in 2007, the program has trained community members — many of them older women or “grandmothers” —  to lend a supportive ear to those dealing with anxiety or depression in a country of 15 million people and fewer than 20 registered psychiatrists.

Sister Andre, born Lucile Randon, tested positive for the coronavirus on Jan.16, but remained asymptomatic. After her diagnosis, she isolated from other residents in her retirement home in Toulon, in southern France. 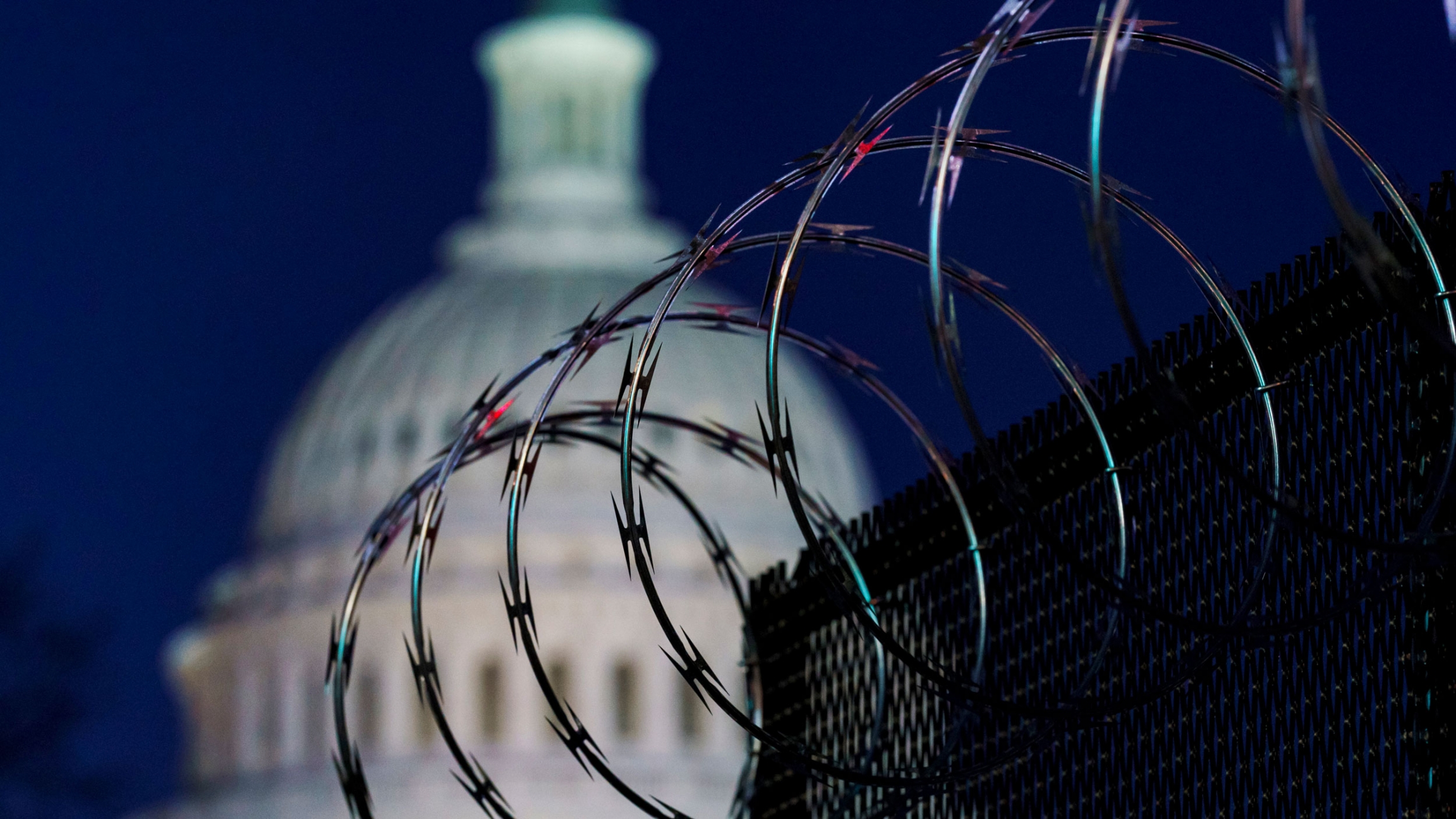 Fencing with razor wire reinforces the security zone in Washington, DC, following a deadly assault on the Capitol, Jan. 19, 2021.

As the second historic impeachment trial of former President Donald Trump begins in Washington, The World explores the question: What do the trial and the siege of Capitol Hill have in common with the rise of right-wing, populist politics in some eastern European countries? And, a report about how to reconcile the French and Algerian people, commissioned by French President Emmanuel Macron, has failed to recommend France apologize or make reparations for its actions in Algeria. Also, an Olympic sailing champion’s testimony of sexual assault has sparked a #MeToo movement in Greece.