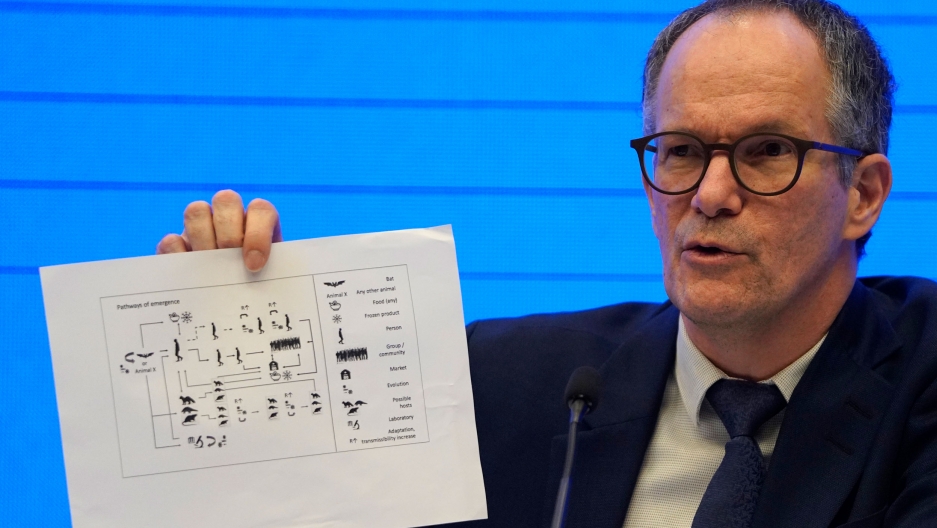 Peter Ben Embarek, of the World Health Organization team holds up a chart showing pathways of transmission of the virus during a joint press conference held at the end of the WHO mission in Wuhan, Feb. 9, 2021.

A team from the World Health Organization (WHO) and a joint Chinese mission investigating the origins of the COVID-19 pandemic in Wuhan, China, said that it is extremely unlikely the coronavirus leaked from a Chinese lab and is more likely to have jumped from animals to humans.

“Our initial findings suggest that the introduction through an intermediary host species is the most likely pathway and one that will require more studies and more specific targeted research,” WHO’s Peter Ben Embarek said in a press conference Tuesday.

The WHO team, who began the investigation after a two-week quarantine and more than a year after COVID-19 was first detected in Wuhan, released the first details of their month-long fact-finding mission in China. They suggested that the virus is likely to have originated in animals and that a transmission via frozen food is a possibility that warrants further investigation.

Data suggests that COVID-19 could have been circulating in other regions before being identified in Wuhan, according to Dr. Liang Wannian, the Chinese lead on the joint international team of scientists. "This indicates the possibility of the missed reported circulation in other regions," Wannian said.

The WHO team's mission is intended to be an initial step delving into the origins of the virus.

Mass protests challenging a military coup that removed the democratically elected government in Myanmar continue to escalate. On the fourth day of protests in cities across the country, police cracked down on demonstrators, firing rubber bullets and using water cannons to disperse crowds who continue to show up in defiance of a ban on large public gatherings and curfews. In a speech Monday, Senior Gen. Min Aung Hlaing, who is now Myanmar’s leader, made no mention of the widespread demonstrations. Instead, he repeated claims about voting fraud, refuted by the state election commission, and added that his junta would hold new elections in a year.

Colombia will grant nearly 1 million Venezuelan migrants living in the country temporary protected status for 10 years, said President Iván Duque in a joint announcement with Filippo Grandi, UN High Commissioner for Refugees. According to the UN, an estimated 1.7 million Venezuelans are thought to have arrived in Colombia fleeing political and economic instability in Venezuela, but more than half are without legal status. 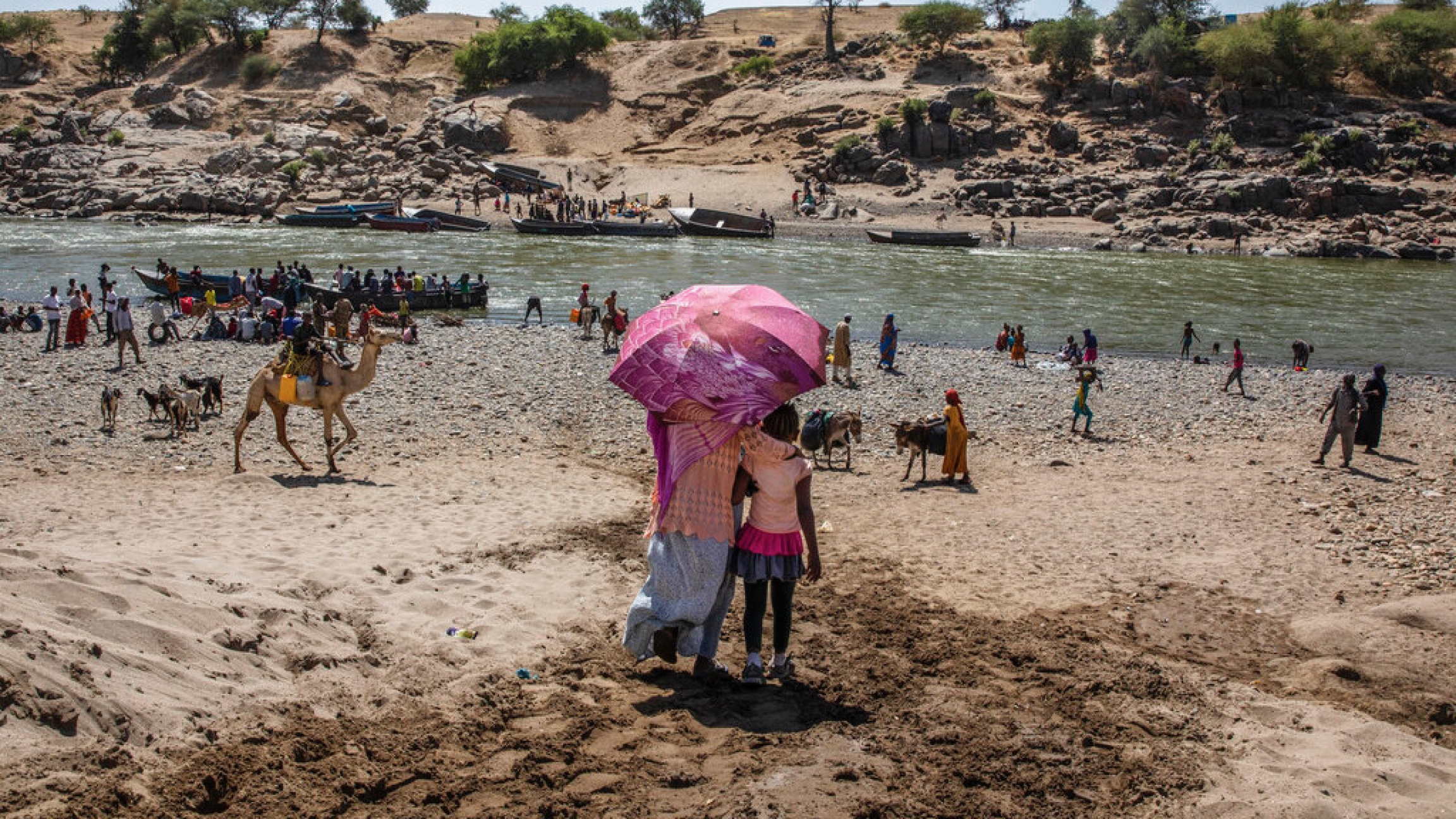 Refugees who fled the conflict in Ethiopia's Tigray region arrive on the banks of the Tekeze River on the Sudan-Ethiopia border, in Hamdayet, eastern Sudan, Nov. 21, 2020. Huge unknowns persist in the deadly conflict, but details of the involvement of neighboring Eritrea, one of the world's most secretive countries, are emerging with witness accounts by survivors and others.

Three months have passed since the conflict erupted in Ethiopia’s Tigray region between the Tigray People's Liberation Front and Ethiopia’s federal government.

While Ethiopia’s Prime Minister Abiy Ahmed proclaimed victory in November, fighting continues in some areas of Tigray. Over 60,000 Ethiopians have fled to neighboring Sudan and the millions that remain in Ethiopia now face a worsening humanitarian crisis.

Thousands of children are stranded at a camp in northern Syria. Who will repatriate them? 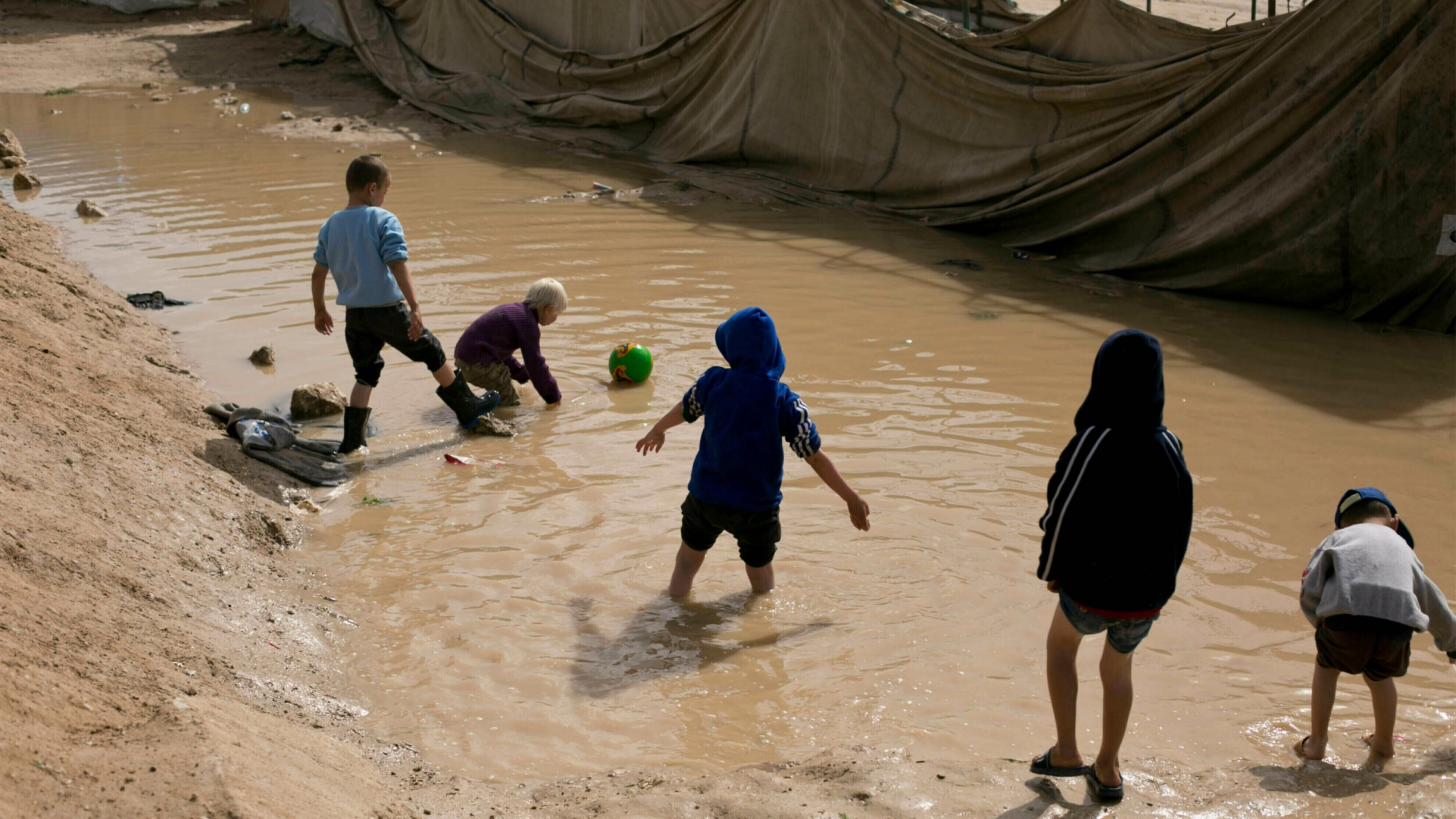 Children play in a mud puddle in the section for foreign families at al-Hol camp in Hasakeh province, Syria, on March 31, 2019.

Al-Hol camp in northern Syris is currently home to almost 62,000 residents, according to the UN. More than 80% are women and children, many of whom fled there after ISIS militants lost their last stronghold in 2019.

But in al-Hol alone, there are currently 27,000 children living in dire conditions. The UN and other organizations are urging countries to repatriate these children, including the sons and daughters of ISIS extremists.

The US postal service announced plans to honor Dr. Chien-Shiung Wu by putting her portrait on a stamp. Wu, one of the most influential nuclear physicists of the 20th century and sometimes referred to as “The First Lady of Physics,” led a career of firsts including an influential experiment that overturned the law of symmetry.

Some good news! The @usps stamp of Dr. Chien-Shiung Wu — my grandmother & a trailblazing physicist who I hope will inspire women & girls of STEM everywhere — is available for online presale today, Jan. 11. At your post office Feb. 11. https://t.co/kQ163O4Oxb pic.twitter.com/MjvmVWluKf 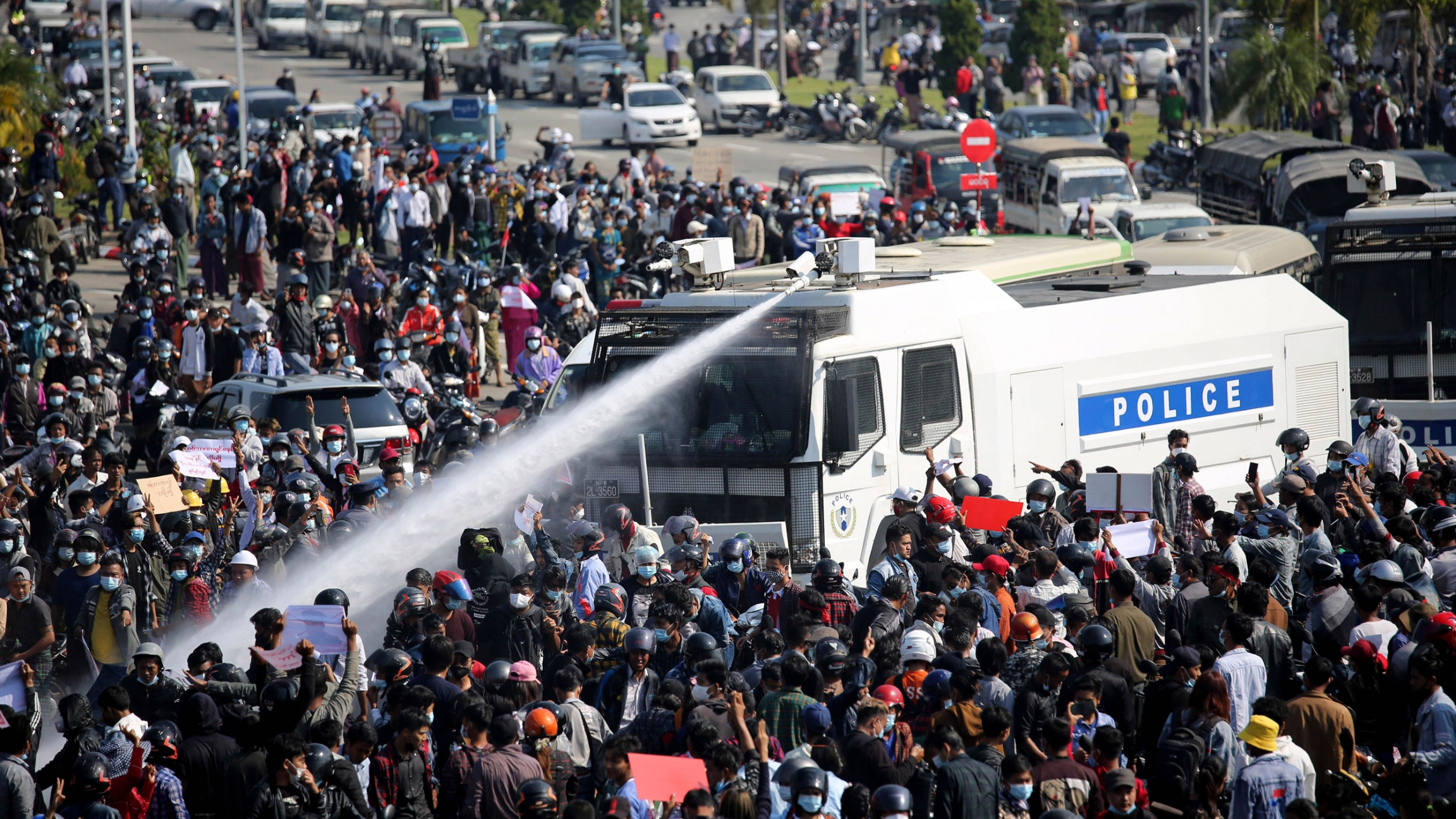 A police truck uses a water cannon to disperse a crowd of protesters in Naypyitaw, Myanmar, Feb. 8, 2021.

A week ago, Myanmar's military ended the country's brief experiment with democracy, leading a coup and taking full control over the government. But in recent days, crowds of protesters have taken to the streets to say otherwise. And, Iran’s Foreign Minister Mohammad Javad Zarif says lifting sanctions is a prerequisite to getting back to the negotiation table with the US on the nuclear deal. Also, we remember George Shultz, one of the most influential secretaries of state in US history, who died Saturday.