Going to a cannabis coffee shop in Amsterdam is on the must-do list of many city visitors.

But with the city groaning under the weight of mass tourism, the City Council has proposed banning foreign visitors from the capital’s weed cafés.

Related: Is overtourism over? Travelers to Europe stay home due to COVID-19 restrictions

The shop has been in business since 1985, but Helms, who was born in Amsterdam, only developed a real enthusiasm for cannabis culture while living in San Diego in the 1990s.

“I came from Amsterdam, and I liked the whole coffee shop system but in America, I really found out more about the activism and cannabis culture," he said.

Helms now runs five Green House coffee shops in Amsterdam — a sign of how business has boomed over the last decade, with soaring numbers of tourists arriving in the Dutch capital.

In 2019, more than 20 million foreign visitors came to the city, which has a population of just over 800,000 within the city limits. 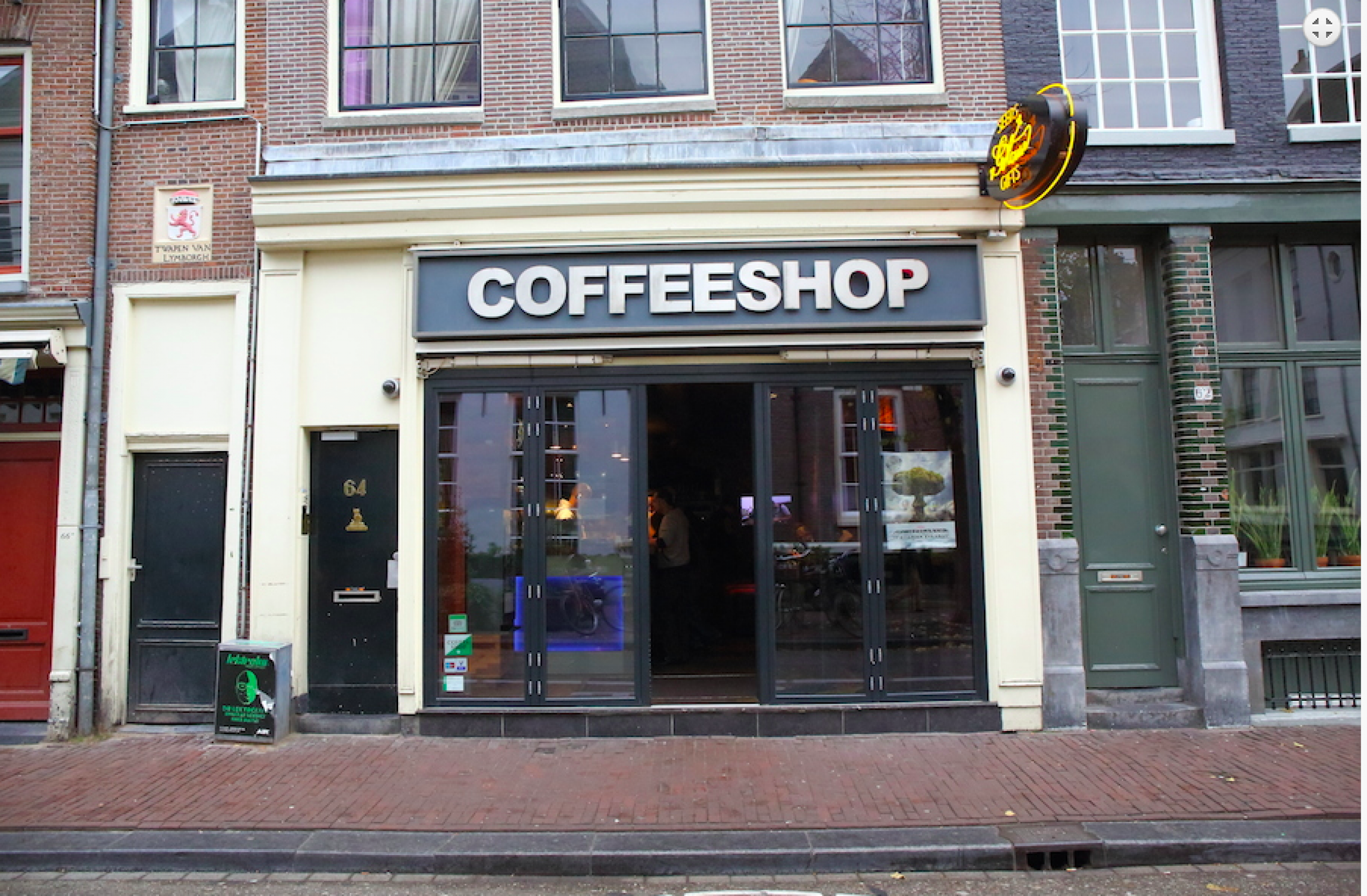 The outside facade of a Green House coffee shop in Amsterdam.

Over the last few years, Amsterdam’s City Council has adopted increasingly aggressive measures to combat the overwhelming number of visitors. An advertising campaign by the Dutch tourist board in 2019 actively encouraged visitors to go elsewhere in the Netherlands. Airbnb has restricted rentals and the Council is in the process of attempting to move the famous red-light district and its sex workers to a purpose-built center elsewhere in Amsterdam.

But of all the attractions the Dutch city offers, its cannabis cafés remain top billing for many tourists. In a survey of visitors to the red-light district in 2019, over half said they chose to visit in order to spend time in the coffee shops. A third of respondents said they may not return if a ban was imposed.

Most of Amsterdam’s local residents, however, are pleased that the city’s Mayor Femke Halsema is now proposing a ban on foreign tourists in the coffee shops.

Bernadette de Wit, who lives on the edge of De Wallen, the city’s red-light district, says before the pandemic, the atmosphere on the streets had become increasingly aggressive mainly because of stoned and drunk tourists.

“They do a combination of smoking and pill-taking and binge-drinking. And then they are like an unguided missile that is completely uncontrollable. There was a kind of nasty tension in the streets.”

“They do a combination of smoking and pill-taking and binge-drinking. And then, they are like an unguided missile that is completely uncontrollable. There was a kind of nasty tension in the streets.” 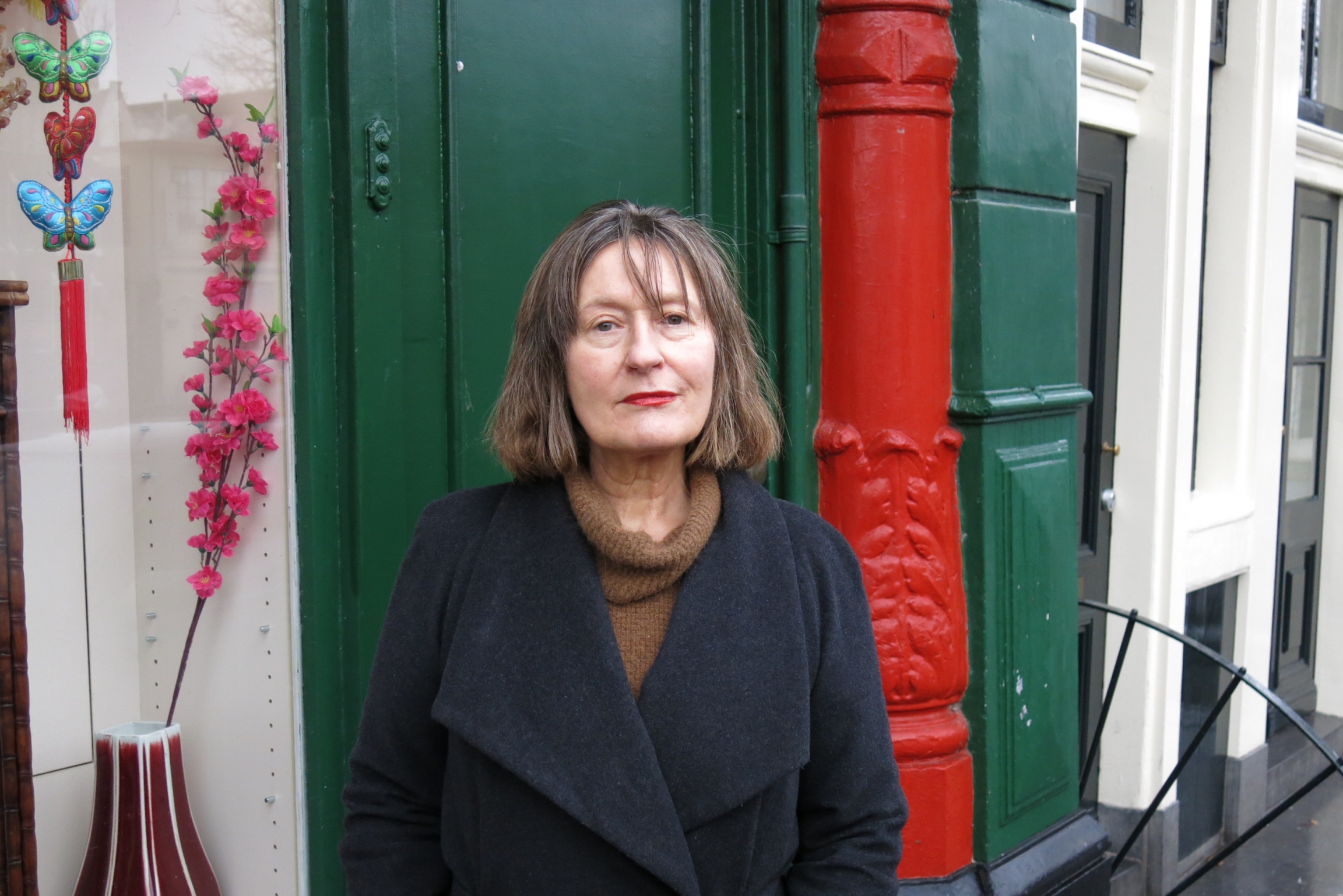 De Wit says part of the blame lies with the City Council itself. For many years, the city advertised itself as the freedom capital of Europe where anything goes, she says.

“They said, ‘Oh, Amsterdam is freedom. And freedom means you can get drunk and you can smoke and eat mushrooms and get pills and go to prostitutes.’ And this wrong kind of marketing also attracted a type of tourist that misbehaves.“

It’s clearly not all the authority’s fault.

Other cities across Europe such as Barcelona and Prague battle similar problems with mass tourism. Cheap flights and rental platforms like Airbnb have played a major part in exacerbating the issue.

Mayor Halsema hopes that barring foreign customers from the coffee shops will cut tourist numbers and attract a different type of visitor — the kind who comes for the museums and the culture and may have more spending power than the binge-smoking tourists staying in cheap apartments.

“People will come to Amsterdam anyway, and when they can't buy  it [cannabis] in the coffee shops, which they normally would have done, they will buy it on the streets.”

“People will come to Amsterdam anyway, and when they can't buy it [cannabis] in the coffee shops, which they normally would have done, they will buy it on the streets.”

The Council agrees there is a high probability this will happen. But resident de Wit says a similar scheme was tested out a few years ago in a number of Dutch cities including Maastricht, and with police intervention, it worked.

Overtourism isn’t the mayor’s only bone of contention with the hash cafés. Halsema and other city officials believe the hordes of tourists coming to smoke weed has attracted criminal gangs to the city intent on selling harder drugs.

In a letter to city officials in January, Halsema said Dutch police were also worried about links between the coffee shops and organized crime.

City Councilman Diederik Boomsma agrees. He says the original concept of the coffee shops when they were established back in the 1970s has been forgotten.

“The whole idea behind the coffee shops was that you needed a place where smoking cannabis is tolerated. But that's a far cry from what it grew into, which is a massive industry and a tourist attraction. And also the vast network of crime that's behind it now.”

“The whole idea behind the coffee shops was that you needed a place where smoking cannabis is tolerated. But that's a far cry from what it grew into, which is a massive industry and a tourist attraction. And also, the vast network of crime that's behind it now.”

Helms dismisses the claim that the cafés are linked to a criminal underworld. He says one way to make the business more transparent is to legalize the entire cannabis industry.

Dutch laws are far less relaxed than many realize. While it is legal for Helms to sell cannabis, he can only have 500 grams in stock at any one time and must sell no more than 5 grams to each customer per day. It is illegal for Helms to produce the drug, and Dutch police make regular visits to the coffee shops to ensure laws are being upheld.

Boomsma and other city officials in favor of banning tourists from coffee shops also hope a drop in numbers will see the closure of at least half of the city’s 166 cannabis cafés. But the timing of the proposal is far from ideal.

The Netherlands has been under a strict lockdown since November because of the coronavirus and a nationwide curfew — which sparked nights of rioting — is still in place.

Business owners are struggling and many long for the day when their biggest worry was too many tourists.

Boomsma says he sympathizes with the businesses but the proposal has been in the works for years. He says the last thing he wants to see is the city return to the hedonistic capital it was before the pandemic.

“Things were getting out of hand before the corona[virus] crisis broke out and myself and others have been pushing for measures to interfere for a very long time. We want to get tourists back, but we want to get a different kind of tourist.“

But it will be some time yet before the ban comes into force.

Similar proposals in 2012 failed in Amsterdam, although this time around, the measures have the backing of the city’s mayor.

For now, the Council’s priority is moving ahead with plans to relocate the red-light district.

Misbehaving tourists will likely be back on the streets and in the coffee shops of Amsterdam months before any ban is put in place.