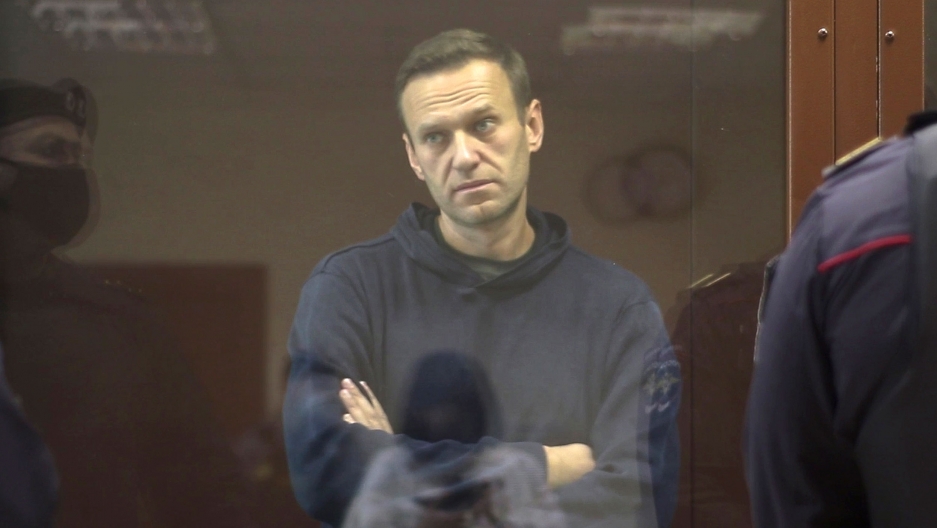 In this image made from video provided by the Babuskinsky District Court, Russian opposition leader Alexei Navalny stands in a glass cage during a hearing in Moscow, Russia, Feb. 5, 2021.

Diplomats from Sweden, Poland and Germany have been expelled from Russia according to Russia's Foreign Ministry on Friday for attending a rally in support of opposition leader Alexei Navalny.

Diplomats from Sweden and Poland in St. Petersburg and from Germany in Moscow took part in the rallies, it said, and their actions were "unacceptable and inappropriate for their diplomatic status."

They were required to leave Russia "in the nearest future," a ministry statement said.

The announcement of the expulsions came as the European Union's top diplomat told Russia's foreign minister that the treatment of Navalny represents "a low point" in the relations between Brussels and Moscow.

Before the announced expulsion, EU foreign affairs chief Josep Borrell met with Russian Foreign Minister Sergey Lavrov several days after Navalny was ordered to serve nearly three years in prison, a ruling that elicited international outrage. As the two officials sat down for talks, Navalny was back in a courtroom, standing a new trial — on charges of defaming a World War II veteran that featured in a pro-Kremlin video the politician slammed on social media.

"Certainly, our relations are under a severe strain, and the Navalny case is a low point in our relations," Borrell said ahead of his talks with Lavrov in Moscow.

Navalny, 44, an anti-corruption investigator and Russian President Vladimir Putin's most prominent critic, was arrested last month upon returning from Germany, where he spent five months recovering from a nerve-agent poisoning that he blames on the Kremlin. Russian authorities have rejected the accusation.

After the meeting, Borell said he had relayed to Lavrov his concerns over Navalny's jailing and the arrests of thousands of people who demonstrated in his support. The EU official said he also communicated the bloc's support for Navalny's release and for an investigation of the August poisoning,

The Russian foreign minister, in turn, once again accused European officials of refusing to share evidence of the poisoning. The Kremlin has said it won't listen to Western criticism of Navalny's sentencing and police action against his supporters.

Navalny's Jan. 17 arrest triggered massive protests across Russia, with tens of thousands of people rallying in the streets to demand his release. Many protesters chanted slogans against Putin in the largest show of discontent in years. Thousands of protesters have been detained.

A Moscow court on Tuesday found that Navalny violated probation terms of his suspended sentence from a 2014 money-laundering conviction, and ordered him to serve two years and eight months in prison.