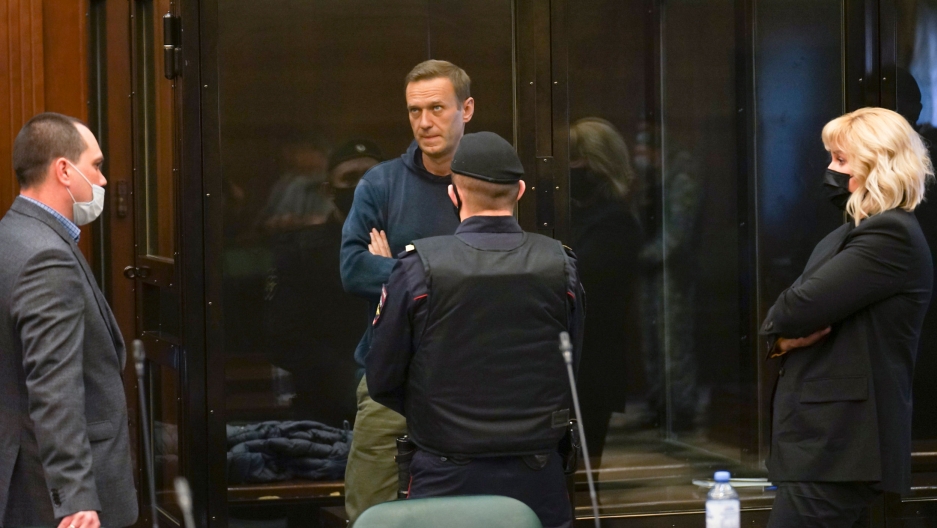 Alexei Navalny, the most prominent critic of Russian President Vladimir Putin, demanded his release on Tuesday as he faced a court hearing in Moscow in a case that could send him to prison for up to 3 ½ years. Navalny’s detention has sparked nationwide protests for weeks against the Kremlin and led to thousands of arrests.

Navalny was arrested last month upon returning to Russia from Germany where he was hospitalized in a coma after being  poisoned with nerve agent Novichok. The 44-year-old opposition leader blames the Kremlin for his poisoning while Russian authorities deny the claim, despite lab test results that confirm the use of Novichok.

Russian authorities alleged that Navalny violated the probation conditions of a 2014 suspended sentence of 3 1/2 years for money laundering, which Navalny and his lawyers reject as politically motivated.The European Court of Human Rights ruled that Russian authorities violated Navalny’s rights by holding him under house arrest in 2014 while the embezzlement case was taking place.

“I came back to Moscow after I completed the course of treatment,” Navalny said during Tuesday's hearing. “What else could I have done?”

Police detained over 5,400 people on Sunday during rallies, including more than 1,900 in Moscow, the biggest number the nation has seen since Soviet times. While most protesters have been released with court summons, several people are facing serious charges over alleged police violence.

US President Joe Biden condemned the military’s takeover of Myanmar and the detention of elected leader and Nobel laureate Aung San Suu Kyi as “a direct assault on the country’s transition to democracy and the rule of law,”  and threatened to reimpose sanctions on the South Asian country. While members of parliament have since been allowed to leave their accommodations in the capital, Suu Kyi, who led the country's elected government, has not been seen since she was detained by the military.

And, Biden is expected to continue an effort on immigration reforms by taking on one of the former Trump administration’s most controversial policies on Tuesday — the separation of families at the US-Mexico border. Biden will sign three new executive orders on immigration and border security and establish a task force designed to reunite families that still remain apart, led by Homeland Security Department secretary nominee, Alejandro Mayorkas. 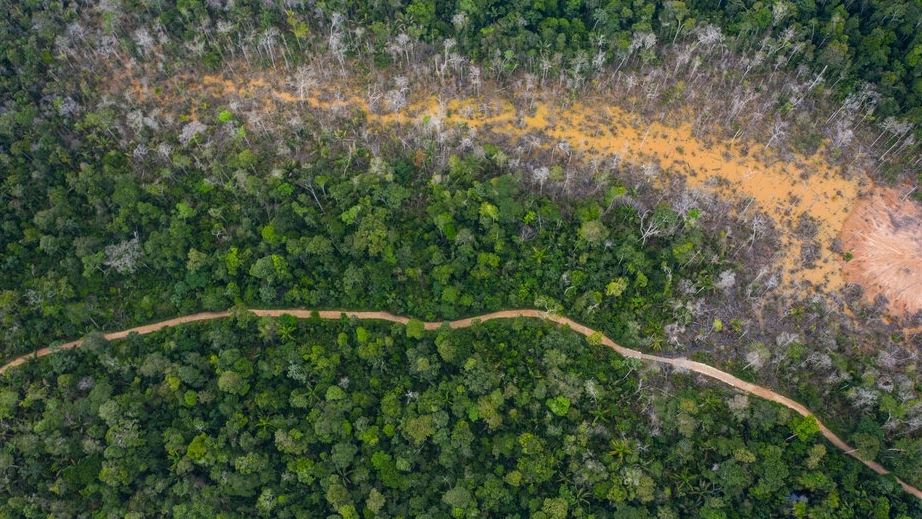 This April 3, 2019, photo shows the destruction of the jungle caused by illegal miners in Peru's Tambopata province.

It may seem like a huge feat to get large companies to reach the ambitious goal of net-zero carbon emissions. But it is possible — at least in theory — to make businesses carbon-neutral by banking on carbon offsets.

The carbon offsets idea is relatively simple: Companies pay others to remove carbon from the atmosphere in order to counteract their own emissions. But experts worry that offsets can be an unreliable solution for reducing atmospheric carbon — and can hurt more than they help. 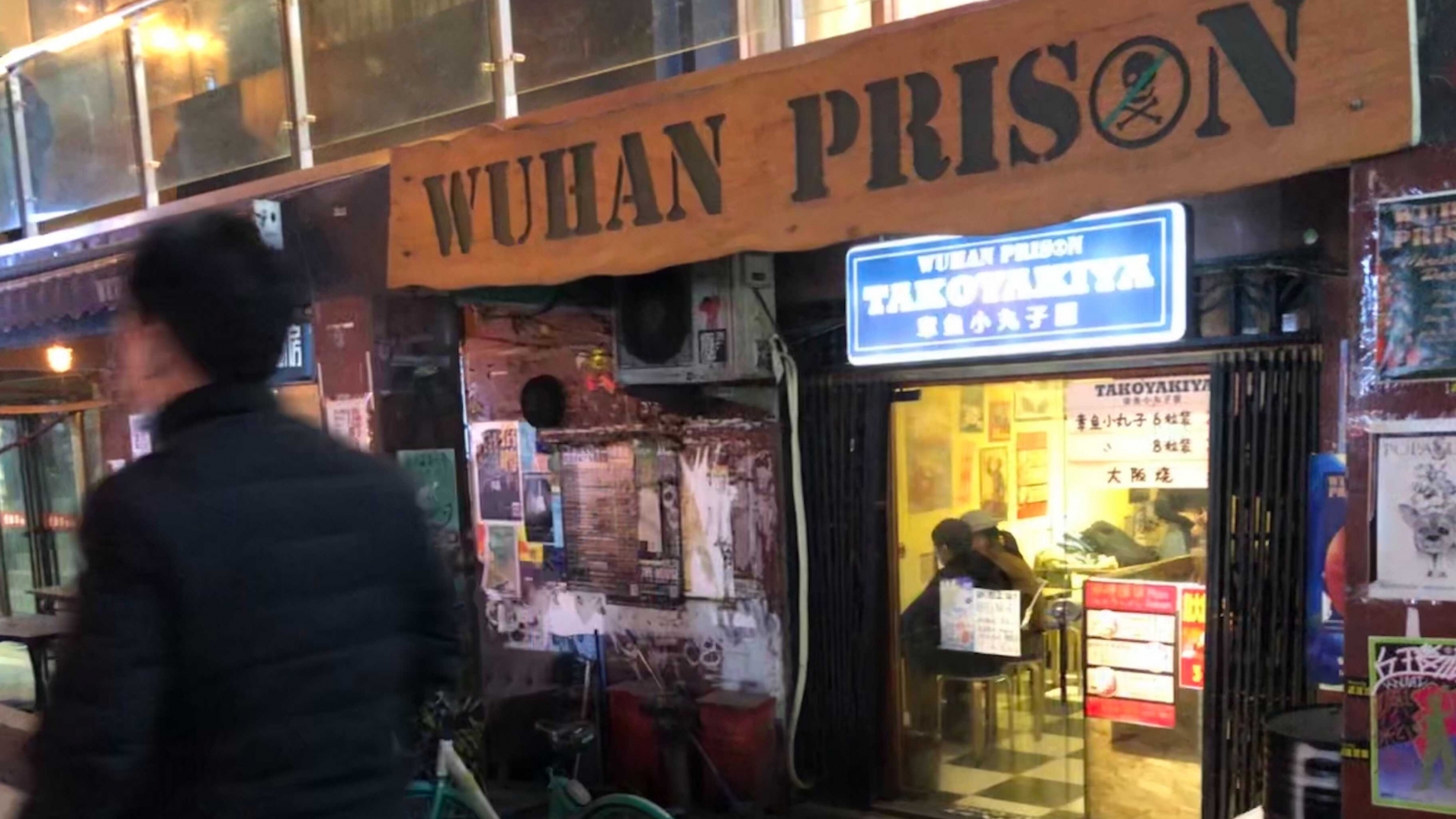 At Wuhan Prison, in Wuhan, China, a small dive bar that fits about 200 people, bands perform everything from punk to indie rock to metal.

Long before Wuhan gained its global reputation as ground zero for the coronavirus, the city was a hotbed of punk and indie rock for 25 years. Now free of the coronavirus, Wuhan's vibrant indie music scene is slowly making a comeback.

As working from home became the norm during the pandemic, the video conference company Zoom turned into a go-to tool for connecting remotely to your office. But, with all the Zoom meetings, came Zoom fatigue and a search for ways to make video meetings more interesting.

Dot McCarthy, from Cronkshaw Fold Farm in Lancashire, England, thought it would be funny to offer her goats for appearances in Zoom calls. After earning more than $65,000 from her goats, the joke is ... on us?!

This is our local farm, I run past regularly, and I couldn’t be more delighted for them https://t.co/JA2MQIMdRh ❤️ 🐐

Listen: A second weekend of widespread protests across Russia 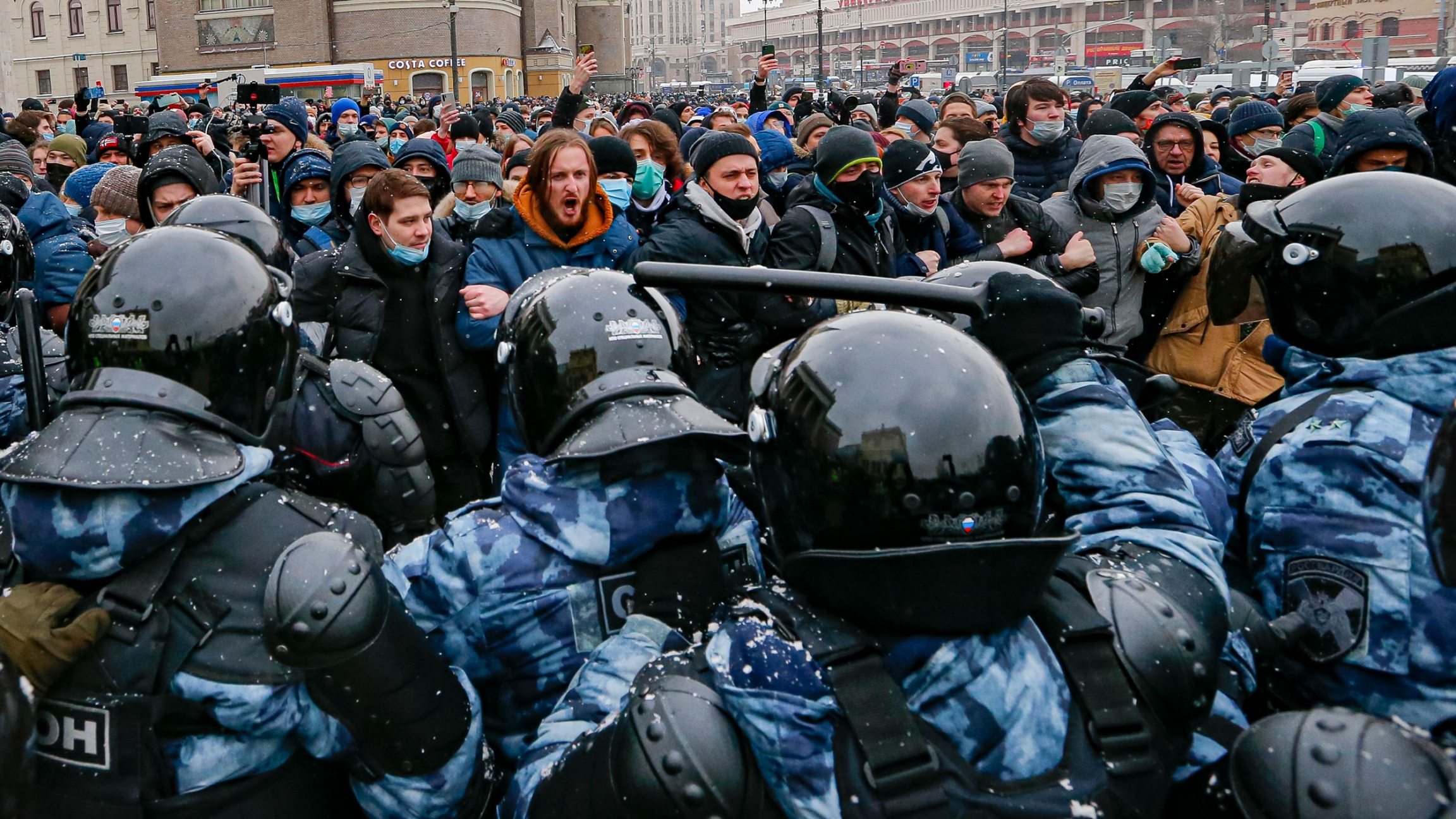 People clash with police during a protest against the jailing of opposition leader Alexei Navalny in Moscow, Russia, Jan. 31, 2021.

For a second weekend in a row, demonstrators across Russia came out to the streets to call for the release of opposition politician Alexei Navalny from jail. And, Myanmar’s military has seized power in a coup. The takeover happened before dawn on Monday with politicians taken from their homes and detained. Also, while concerns are growing over the limited supplies of approved COVID-19 vaccines, behind the scenes, the vaccine powerhouse Serum Institute of India is massively scaling up and is expected to play a pivotal role in supplying the world.