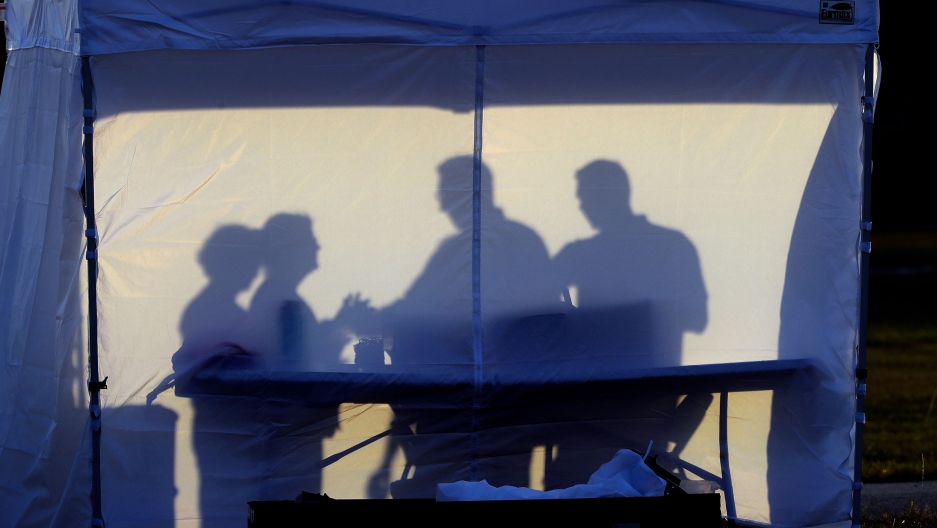 Medical personnel are silhouetted against the back of a tent before the start of coronavirus testing in a parking lot in Florida.

Health authorities in South Carolina announced Thursday a more contagious variant of the coronavirus, first identified in South Africa, has been detected in the United States for the first time. Infections of the variant were found in two adults who appear not to have a connection or travel history with South Africa. The variant has also been identified in at least 30 other countries.

There are concerns that approved coronavirus vaccines may be less effective against the South Africa variant and public health officials suggest the likelihood that there are more infections of this type that have not been identified yet in the US. “It's probably more widespread,” said Dr. Krutika Kuppalli, an infectious diseases physician at the Medical University of South Carolina in Charleston.

It is common for a virus like COVID-19 to mutate as it infects more people and there are many variants circulating around the world. Health experts are primarily concerned with the emergence of three: One first identified in the UK, a variant in Brazil, and the South Africa strain.

Johnson & Johnson announced its vaccine appears to protect against COVID-19 with just one shot, joining the growing list of pharmaceutical companies Friday showing positive results from phase-3 testing for a coronavirus vaccine. The US company said new data from its COVID-19 vaccine, while it is less effective than other currently authorized vaccines, appears to have a 66% efficacy. The J&J vaccine is a single-dose, different from the two-dose innoculation from Pfizer-BioNTech and Moderna, and also does not need to be kept frozen, potentially allowing it to be distributed through normal vaccine supply chains. J&J partnered with Belgian company Janssen Pharmaceuticals and is expected to seek emergency authorization as early as next week.

And, a 10-person team from the World Health Organization on Friday began a potentially politically charged fact-finding mission on the origins of COVID-19 in Wuhan, following a 14-day quarantine after arriving in China. The WHO team visited a hospital where the first COVID-19 patients were treated and is expected to speak with early responders, some of the first COVID-19 patients and the Huanan Seafood Market linked to many of the first cases. 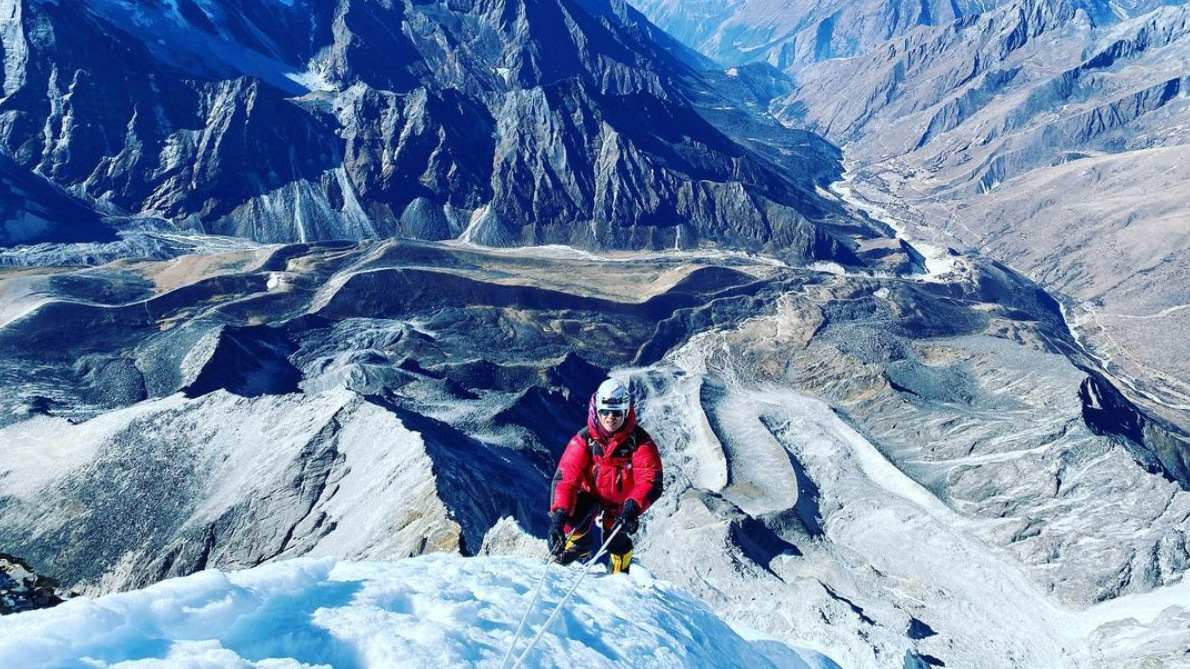 On Jan. 14, 2020, Nadhira al-Harthy became the first Arab woman to reach the summit of Mount Ama Dablam — about 22,000 feet — according to mountain records.

Meet some of the Arab women following their dreams to climb mountains despite resistance from their families and society.

Nadhira al-Harthy, from Oman, the first Arab woman to reach the summit of Mount Ama Dablam; Mona Shahab, who is Saudi Lebanese; And Joyce Azzam, who in 2019 became the first Lebanese woman to climb Everest and complete the seven tallest peaks on every continent.

The pandemic wiped out tourism on Pacific island nations. Can they stay afloat? 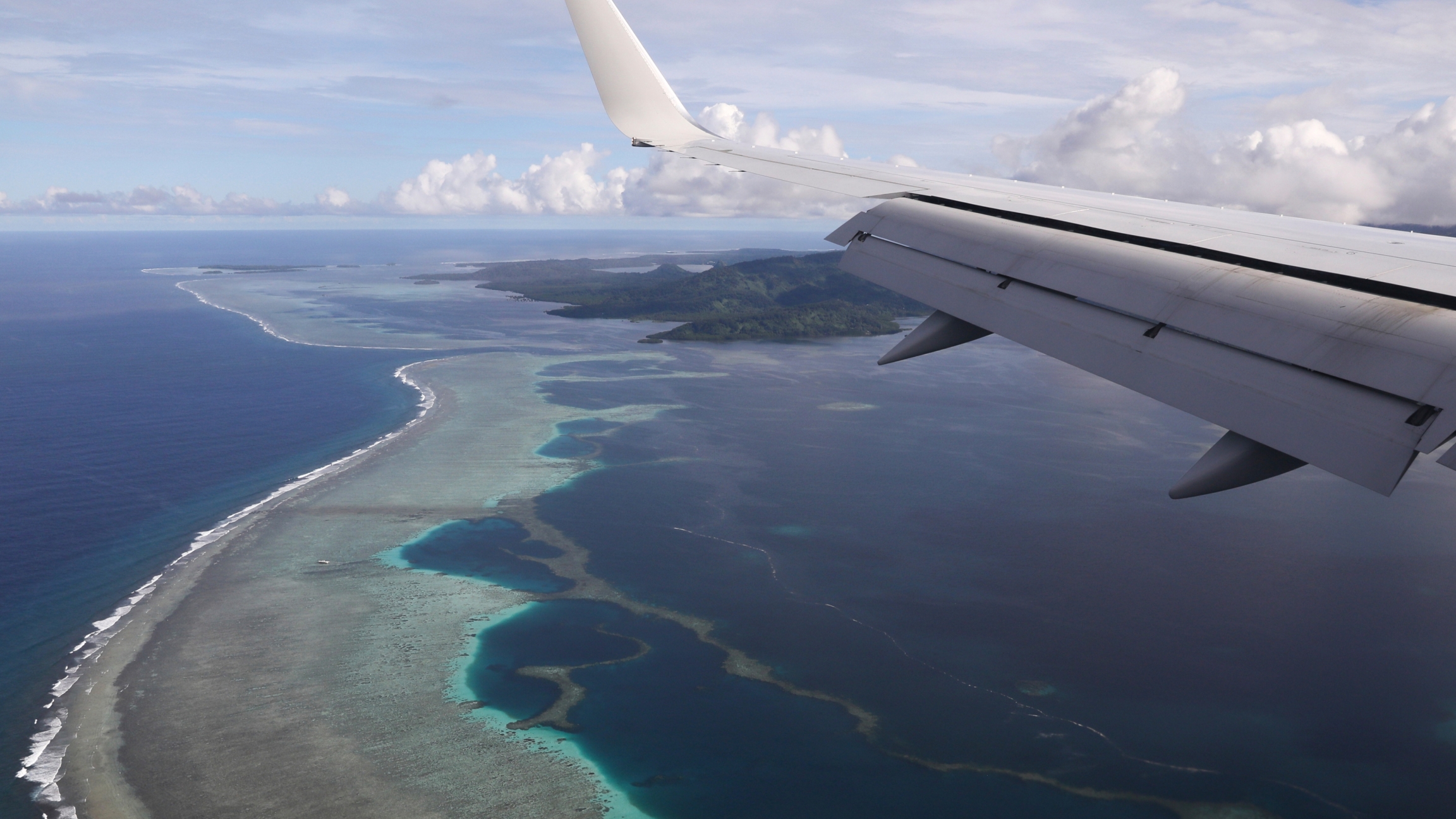 As the coronavirus pandemic edges into its second year, Pacific island nations and territories have managed, so far, to avoid large numbers of COVID-19 cases and deaths.

Due to their remote locations across the Pacific Ocean, most were able to quickly shut their borders, effectively sealing themselves off from the rest of the world. Yet, the move has come with a great economic cost to many small island nations solely dependent on tourism and key commodity exports.

And the winner of the Reinventing Cities competition is … drumroll, please … this green building project in Milan that will house the headquarters of a medical research institution. The project includes outdoor spaces, a farm-to-table restaurant and a vineyard as a centerpiece up the side of the Milan structure.

This winning project from our #ReinventingCities competition will transform a vacant lot in Milan into a new research headquarters centred within 5,000 sq metres of green public spaces.https://t.co/hK0JhLmaNr

In case you missed 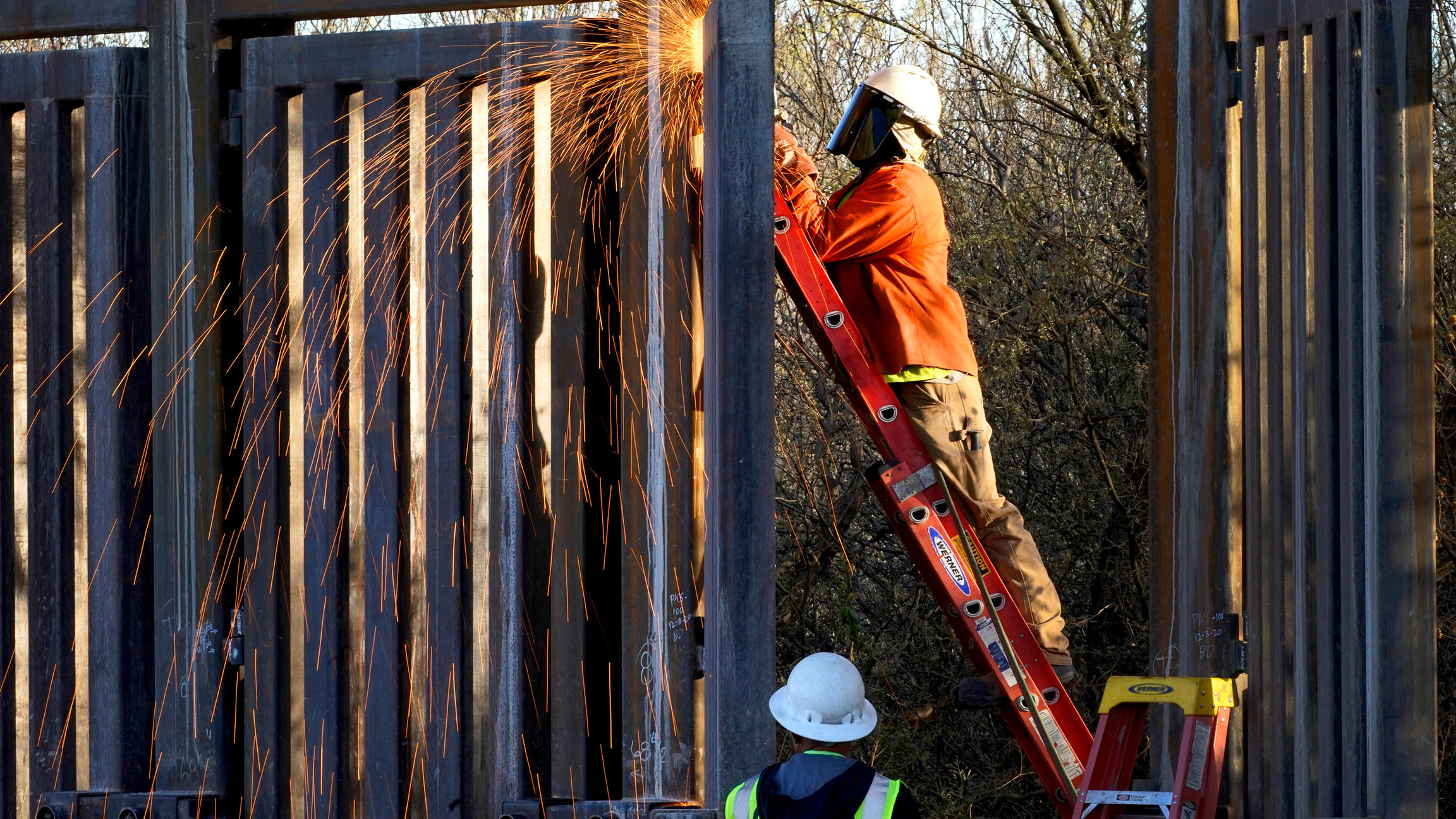 The Biden administration has been undoing several controversial policies of the last four years including Donald Trump’s crackdown on immigration. And, with less than six months until the Tokyo Olympics are scheduled to take place, officials are still finalizing plans for how to keep athletes safe from the coronavirus. Also, cleaning, cooking and taking care of children is work typically unpaid and overwhelmingly, around the world, done by women. But a political party in India is putting forward a bold proposal that could change that.