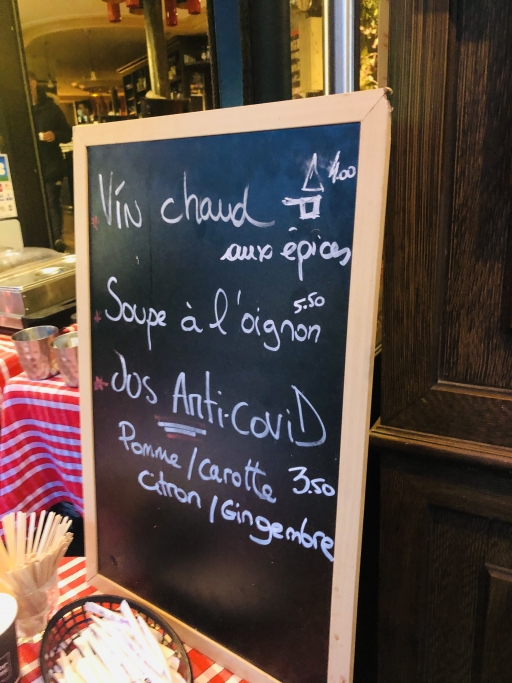 It may only be 5 p.m. but that means last call at La Nouvelle Étoile, a neighborhood brasserie in the eastern corner of Paris.

To curb the spread of new, highly contagious coronavirus variants found in the UK, South Africa, and Brazil, France has implemented a 6 p.m.-to-6 a.m. curfew.

“It’s really dull,” said Massine Cherif, one of a handful of customers standing on the brasserie’s outdoor terrace holding a plastic cup of beer.

The 40-year old information technology engineer snuck out of his home office earlier in the day so he could grab a pint. But most days, he’s just stuck inside. And it’s miserable.

Related: For many across Europe, Christmas is 'canceled' this year

Cherif says he understands the government’s intentions but wishes France would put more trust in its citizens.

“It's not the war. ... There are no bombs...we are responsible and if the government says be careful we will be careful.”

“It's not the war,” Cherif said. “There are no bombs ... we are responsible, and if the government says 'be careful,' we will be careful.”

If anything, the French government is only showing signs of more restrictions.

According to Lalmas, his sales are only 15% of what they normally would be. Lalmas says things did start to get a bit better after a second lockdown was lifted in mid-December and replaced with an 8 p.m. curfew. That’s when he started offering an outdoor apéro, French happy hour.

“It’s a tradition here in France to have a drink with friends after work. ... It gave us a bit of hope and made people feel good. But this new 6 p.m. curfew has not been good for morale...I feel like people are really becoming depressed."

“It’s a tradition here in France to have a drink with friends after work,” Lalmas said. “It gave us a bit of hope and made people feel good. But this new 6 p.m. curfew has not been good for morale ... I feel like people are really becoming depressed." 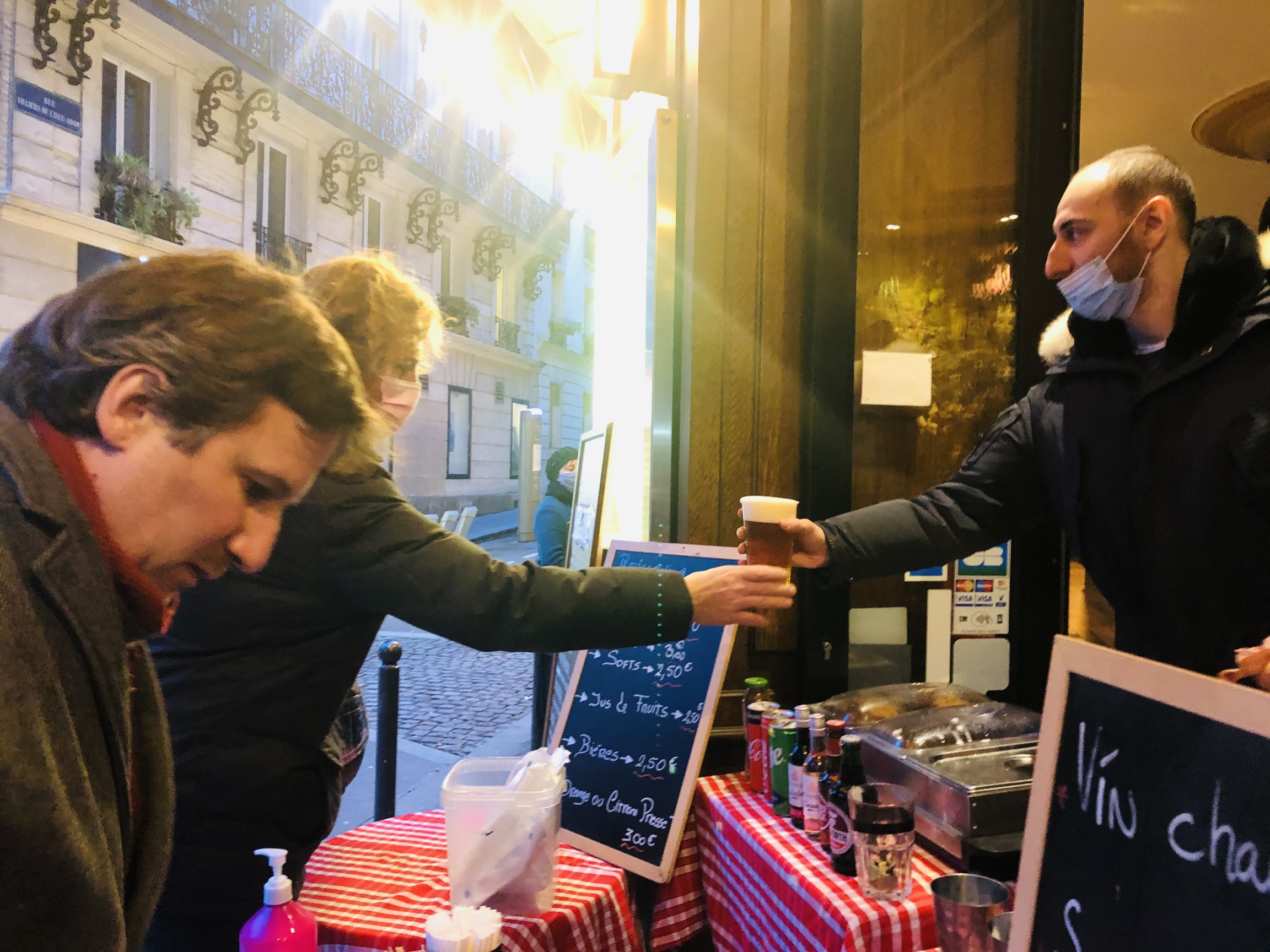 Lalmas says most people don’t have the time to come and have a 4 p.m. happy hour drink.

That’s probably the point — at least from the French government’s perspective.

Some say the new curfew is ironically making it harder to be careful.

The metro, grocery stores and other shops fill up at around 5:30 p.m., creating a mad rush.

At a grocery store down the road, customers pack in like sardines about 20 minutes before closing. It’s so crowded inside that security guard Seydou Kanouté is regretfully telling customers outside that they’ll have to come back tomorrow.

He points to a woman standing outside with two babies in a stroller.

“Who knows if she has enough food at home? ... If the government could just give us one more hour, let us close at 7 or 8 p.m., that would make a huge difference — because this is just crazy."

“Who knows if she has enough food at home?” he said. “If the government could just give us one more hour, let us close at 7 or 8 p.m., that would make a huge difference — because this is just crazy."

Kanouté says this 6 p.m. curfew is in some ways more difficult than the lockdown.

During the second lockdown, people could still go outside for up to three hours a day, and grocery stores could close at normal hours.

Alice Billaud, a customer waiting at the checkout, agrees. 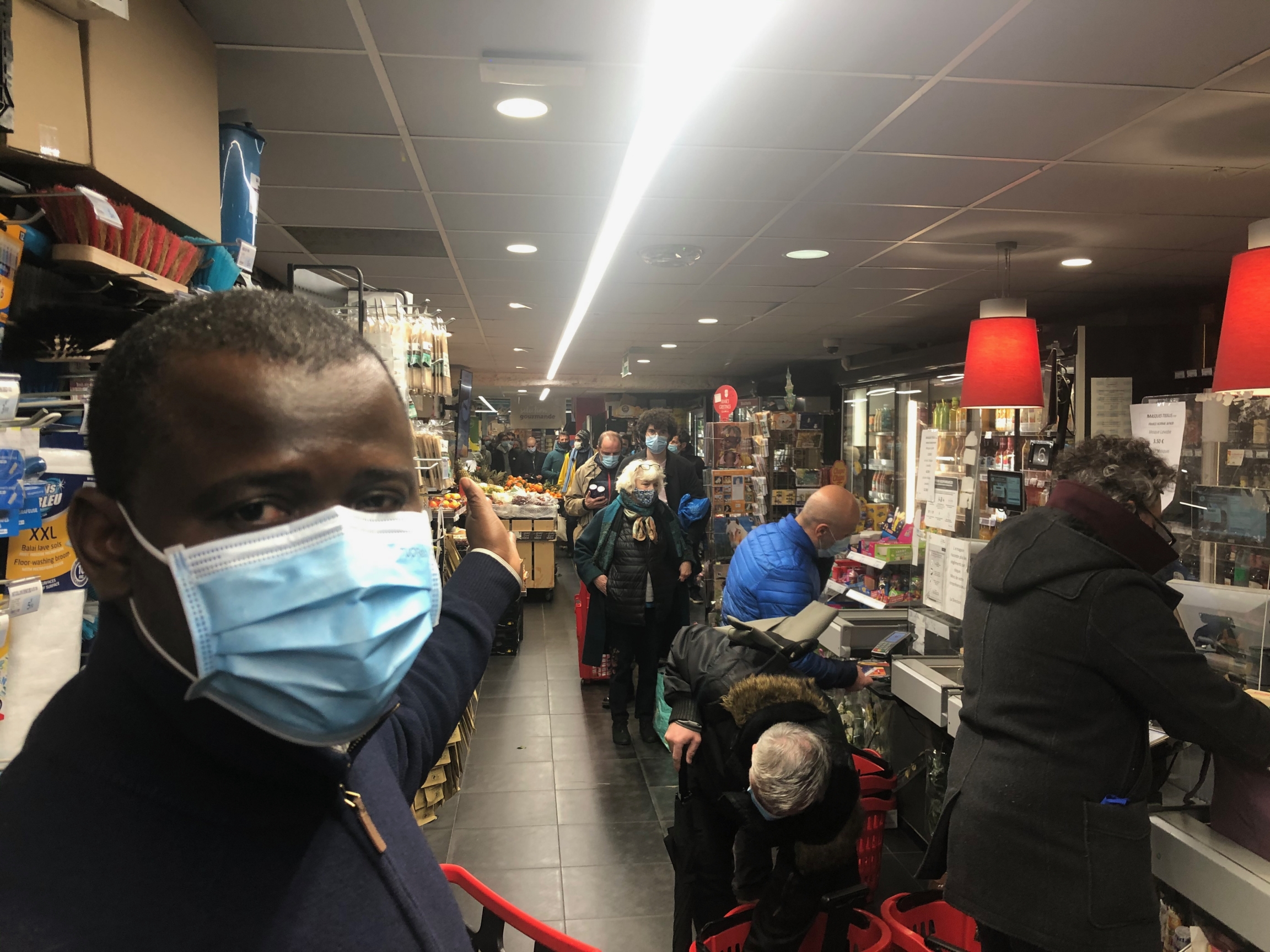 “6 p.m. is just too early. There’s no time to get things done,” Billaud said.

Now, she says, it’s going to be a very long winter.