Lee Hyeon-ju and her husband Choi Kyu-ho have been helping out at her grandmother’s dried fish business on weekends.

The couple married in 2019, and live in Pohang on South Korea’s east coast. They’re already making plans to travel overseas once the pandemic is over.

Lee and Choi, both 29, have a secret that they are keeping from some members of their family — they don’t plan to have children. Lee said that revelation would be very disappointing to her husband's parents who expect her to produce a grandson for them.

South Korea has the world’s lowest fertility rate, and in 2020, its population shrank. The government plans to increase financial incentives for married couples to have babies, but that excludes nontraditional families such as same-sex couples and single parents.

“We agreed even before we got married that we would not have kids."

“We agreed even before we got married that we would not have kids,” Lee said. “I don't want to upset them and I want to be a good daughter-in-law, but it's a lot of pressure on me.”

Lee said she does not want the financial and emotional responsibility of raising a child.

“I don't think the future looks really good right now,” she said, adding that the coronavirus, job scarcity and climate change are all good reasons not to have a kid. 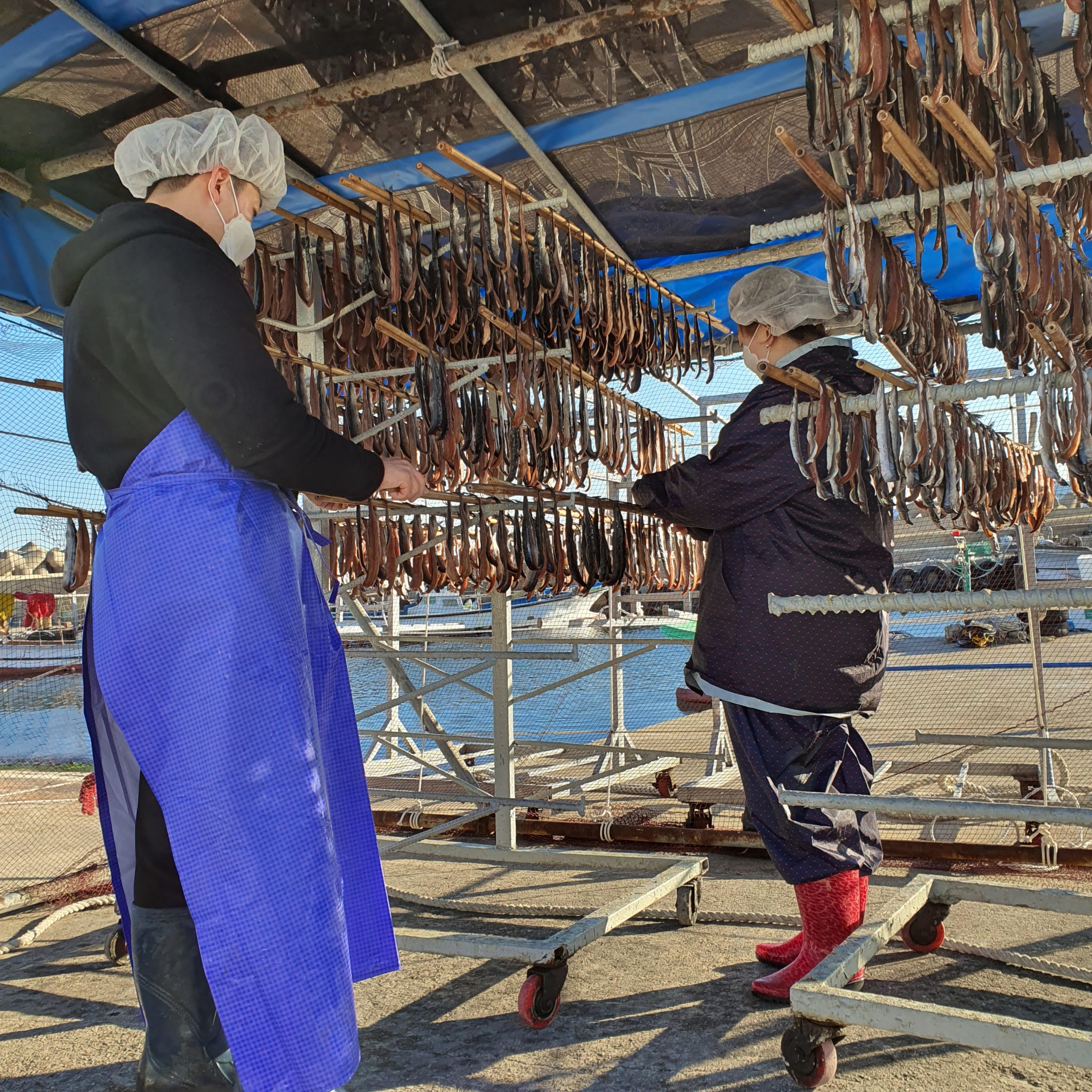 The South Korean government announced in December that it would boost financial support for married couples. That includes bonuses for two expecting parents as well as additional monthly child care payments.

It is not the first time that Seoul has tried to stimulate a baby boom with money, but those efforts do not appear to be paying off.

Since 2018, the country’s fertility rate has fallen below all other wealthy nations. Government data released earlier this month showed that the population declined for the first time last year.

Nearly half of all newlyweds since 2015 are childless, according to a recent official survey.

But whether by design or unintended consequence, these government-led initiatives to boost the birthrate reinforce a conventional notion of what constitutes a family in South Korea. And with its focus solely on married couples, the stimulus excludes various types of nontraditional households.

"[The concept of family is] absolutely heteronormative."

The concept of family is “absolutely heteronormative,” said Grace Chung, who teaches in the department of family studies at Seoul National University.

“That's the only way a family can be formed, through a man and a woman, heterosexual union,” she said.

In South Korea, same-sex marriage is banned, and there are no laws that protect the LGBTQ community from discrimination.

Chung said in the “legal domain,” these kinds of couples “don’t exist.”

For some couples, this lack of official support is a reminder that their options for a future together are limited.

“It’s unfair,” said 36-year-old Park Sun-min, who has, for the past five years, lived with Kim Ju-won, a woman whom she calls her life partner, in Bucheon, a Seoul satellite city.

“We’re not doing something illegal, we just love each other and want to live together,” she said. “But, we can’t even get benefits, like a housing loan that the government gives to straight, married couples.”

The couple said they have discussed starting a family, but they are holding off.

It would not be easy if they wanted to.

Adoption agencies ban or make it prohibitively difficult for unmarried individuals to become a child's guardian, and regulations prevent single women from receiving in vitro fertilization because the treatment requires permission from a spouse.

“Gay or lesbian partners could be really good parents if we had the chance,” said 30-year-old Kim. “We need to disprove a lot of prejudice, so I think that would make us try harder to raise our kids well.”

South Korea’s Ministry of Health and Welfare declined to answer questions for this report.

A 36-year-old woman, Kim, who asked that her full name not be used due to the stigma associated with being a single mother, said moms like her need more support raising their children. She is the parent of a 4-year-old daughter and is an advocate at the Korean Unwed Mothers Families' Association, a support group in Seoul.

“More money would help, but it's not just about that,” said Kim, who points out that unmarried mothers have won more financial assistance from the government in recent years.

“Many [single mothers] had to quit our jobs and have had a hard time going back to work or getting hired."

“Many of us had to quit our jobs and have had a hard time going back to work or getting hired, but for those of us who do find new jobs, we can't work overtime or on weekends, we need more help with child care,” she said. 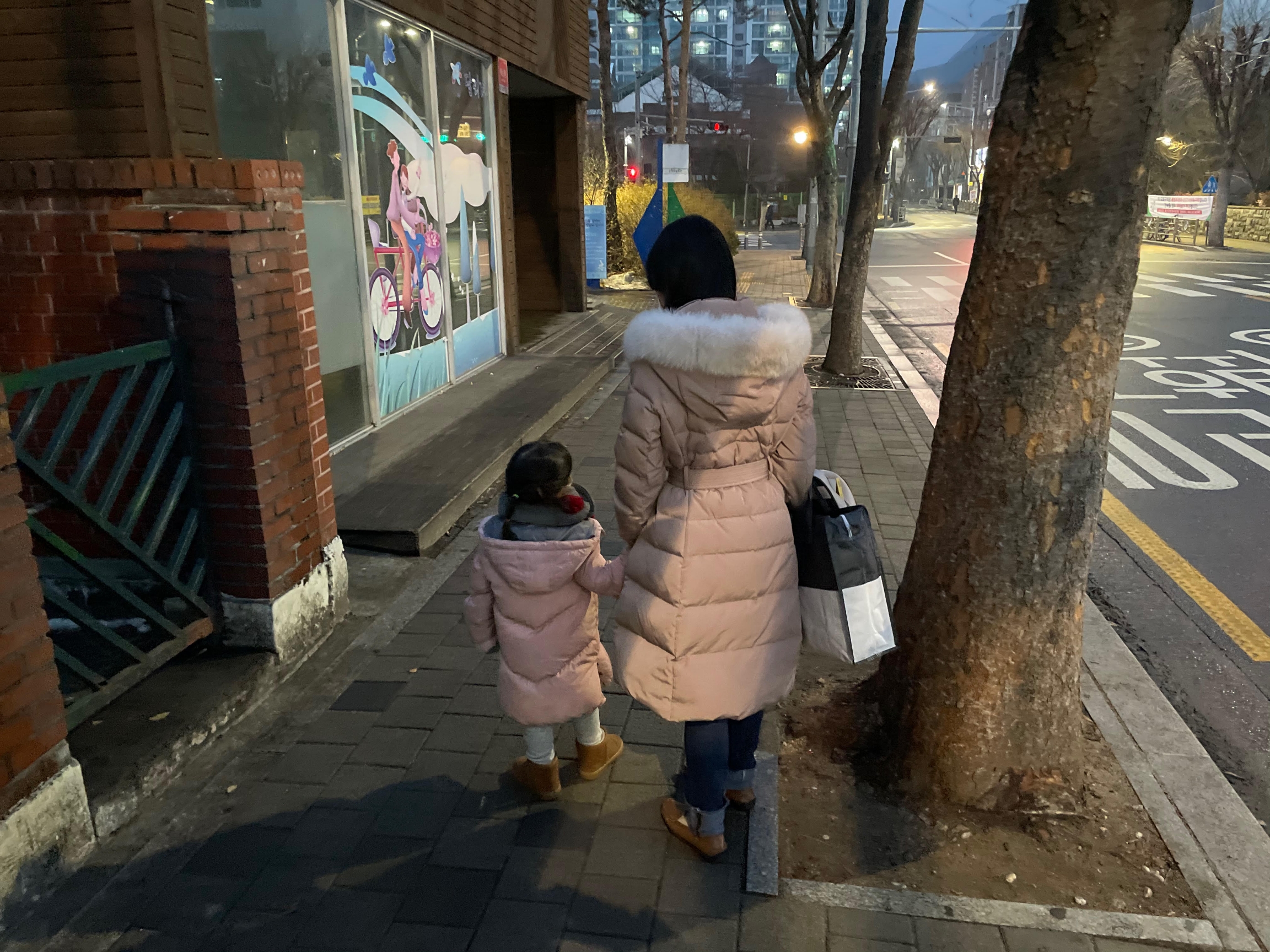 Kim, an advocate at the Korean Unwed Mothers Families' Association, a support group in Seoul, South Korea, walks with her daughter. She asked that her full name not be used due to the stigma associated with being a single mother.

Kim said that many single mothers have lost support from even their own families.

“When I told my mother that I was going to have a baby, she told me that she was not going to see me anymore,” she said. “I think she was just really worried for me because she knew how difficult it would be as a single mom."

After a few years, her mother reached out, Kim says, and she now accepts her family.