It’s Inauguration Day — Joe Biden and Kamala Harris will be sworn in at noon as the 46th president and vice president of the United States. Soon-to-be former President Donald Trump and first lady Melania Trump left the White House early Wednesday morning for their final time and will not attend the ceremony, flouting presidential tradition.

Biden and Harris inherit a deeply divided nation in the throes of a pandemic, racial and civil strife and economic uncertainty. Washington is essentially under lockdown with 25,000 vetted National Guard troops guarding the US Capitol and the inauguration site in response to several threats of violence from Trump loyalists and extremists after a deadly insurrection two weeks ago.

On Day One, Biden announced plans to sign at least 15 executive orders, upending a broad range of Trump-era policies. The US will rejoin the World Health Organization after Trump had withdrawn, accusing WHO of incompetence over its handling of the coronavirus pandemic. Biden will also rejoin the Paris climate accord and move to revoke the Keystone XL oil and gas pipeline after Trump backed away from global climate agreements as a proponent of oil, gas and coal. In an immigration policy overhaul, Biden will end the travel ban against several Muslim countries that was invoked under Trump, and will immediately end the national emergency declared at the US-Mexico border by Trump, halting all construction on the border wall.

In southern India, residents of Thulasendrapuram, the ancestral village of Kamala Harris, cheered for the new vice president who is making history as the first Black and South Asian person and woman to hold the second-highest US office. In other global reactions to the Biden-Harris inauguration, UK Prime Minister Boris Johnson, a close Trump ally, said he looked forward to working with the Biden administration. Several other European leaders also echoed this sentiment. “The United States is back. And Europe stands ready,” tweeted European Commision President Ursula von der Leyen.

The United States is back. And Europe stands ready.

To reconnect with an old and trusted partner,
to breathe new life into our cherished alliance.

I look forward to working together with @JoeBiden pic.twitter.com/gc7HIIg2Z8

NATO representative Jens Stoltenberg tweeted that he was looking forward to "strengthening ties between the US and Europe."

Dinner with @eucopresident & @JosepBorrellF. We look forward to working with President-elect @JoeBiden to further strengthen ties between the #UnitedStates & #Europe, as we face global challenges none of us can tackle alone. pic.twitter.com/NKRBSrPXgn

Trump managed to pardon 73 people and commuted the sentences of 70 others in the hours before his single term ended, including lawmakers, rappers and allies. Among them is ex-strategist and adviser Steve Bannon, who is accused of cheating dozens of donors who contributed to a US Southern border wall fund. Trump didn’t leave out US rappers Lil Wayne and Kodak Black, both convicted in Florida on weapons charges. Wayne is a Trump fan who endorsed him ahead of the November 2020 election. While controversial presidential pardons are nothing new, Trump’s clemency flurry was more robust than most, but he hasn’t yet pardoned himself, his three eldest children, nor his lawyer, Rudy Guiliani, who are all under various criminal investigations. Trump has the power to issue pardons until noon on Wednesday.

Facing crush of crises, Biden will take helm as president 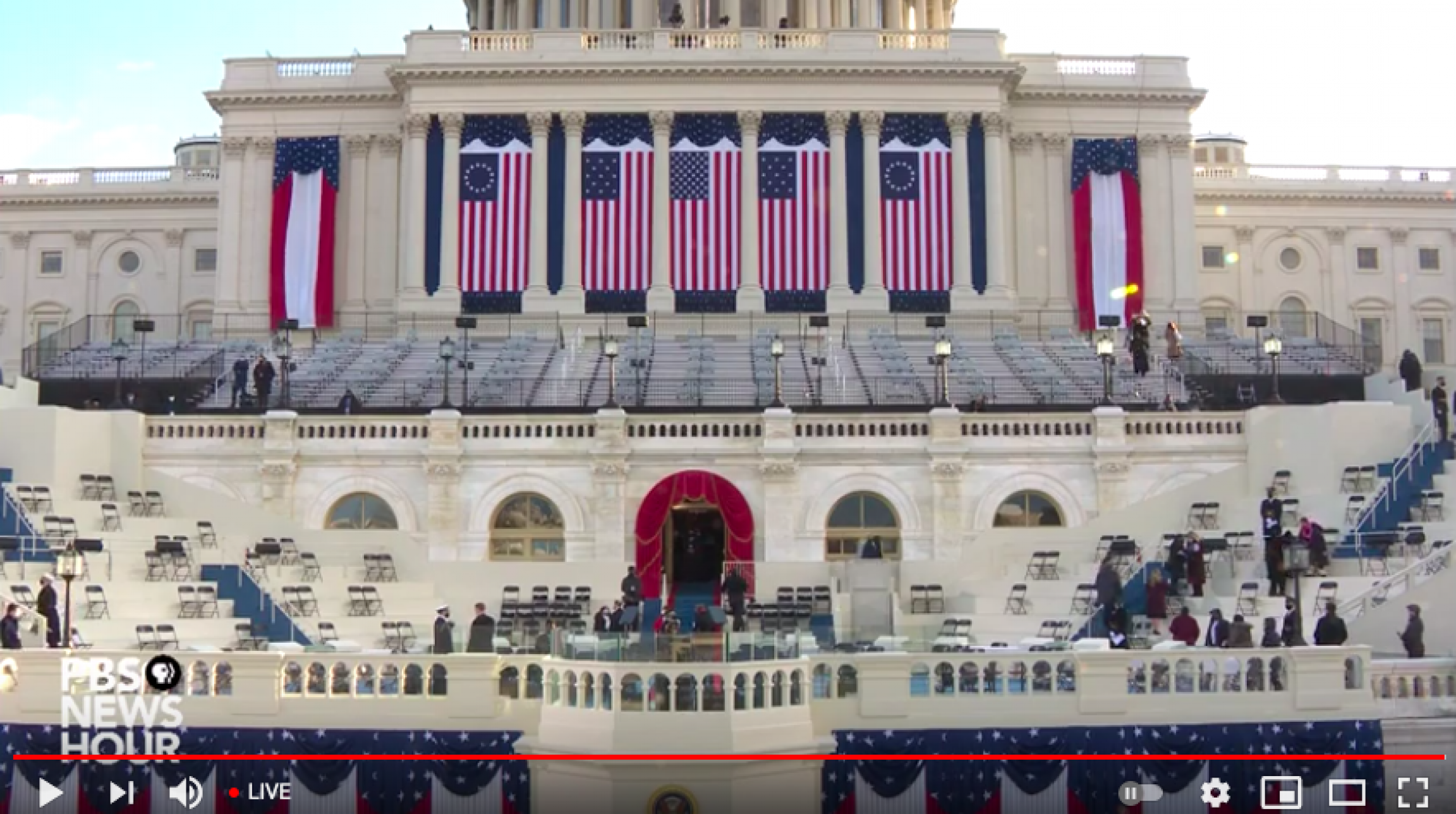 Facing crush of crises, Biden will take helm as president.

Joe Biden swears the oath of office at noon on Wednesday to become the 46th president of the United States, taking the helm of a deeply divided nation and inheriting a confluence of crises arguably greater than any faced by his predecessors. Watch the proceedings live here.

Blinken has a chance to 'reinvigorate America's place in the world' 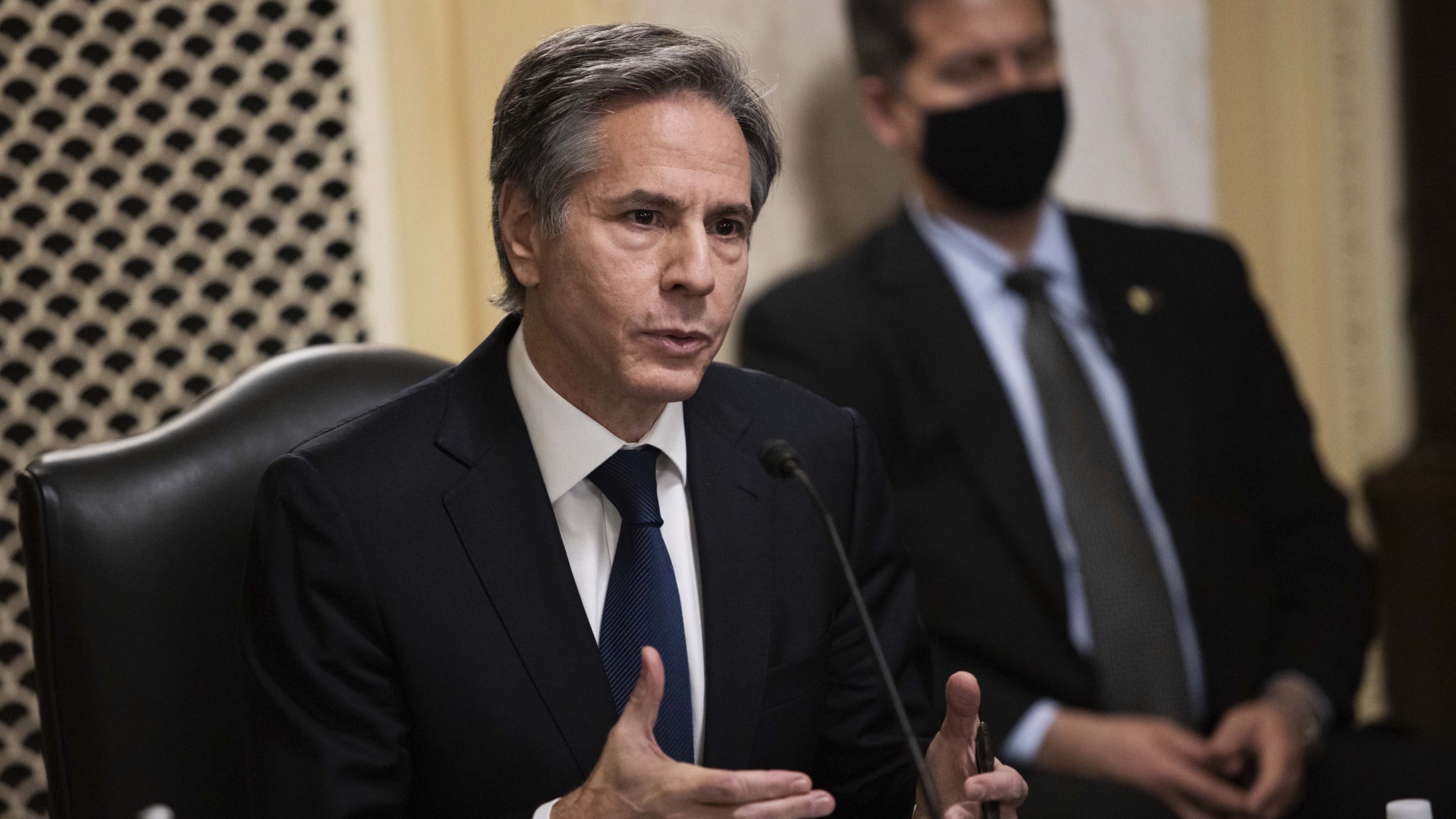 Michael McFaul, who was the US ambassador to Russia from 2012 to 2014, worked closely with Antony Blinken and Joe Biden during his time with the Obama administration. He spoke with The World’s host Marco Werman about Blinken.

"Well, for President Biden, I cannot think of a better secretary of state," McFaul said. "He is the perfect person for this administration. No. 1, he's worked with Sen. Biden, Vice President Biden, for decades. They don't have any differences of opinion. They share a similar worldview, and that means a lot in diplomacy, because every time Secretary Blinken, I hope that'll be the case, goes abroad, everyone will know that they are speaking directly to somebody that has direct access to the president." 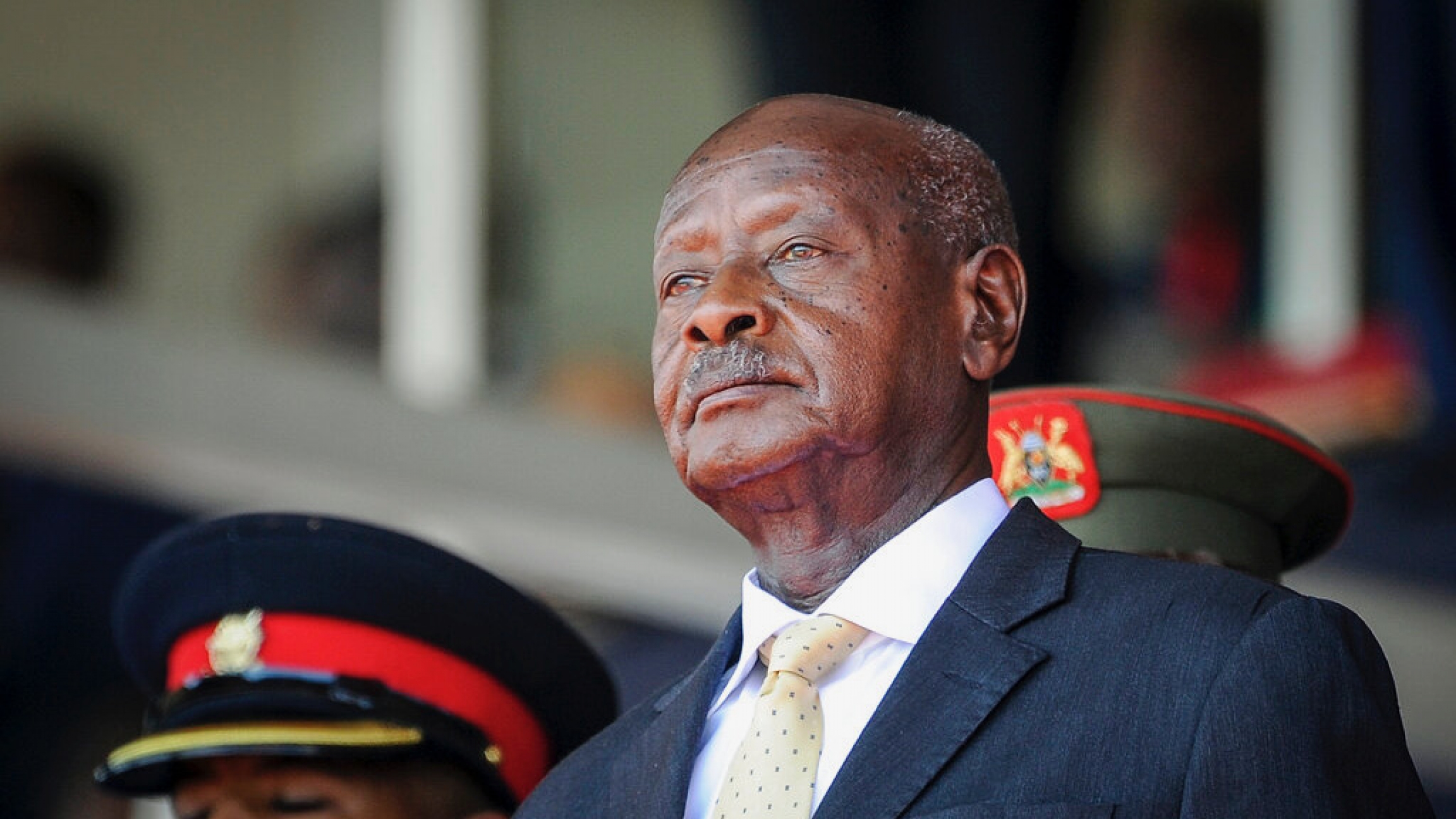 Uganda's President Yoweri Museveni attends the state funeral of Kenya's former president Daniel Arap Moi in Nairobi, Kenya. Despite failing to dislodge the long-time leader Museveni, opposition challenger Bobi Wine has emerged from Uganda's Jan. 14, 2021, disputed polls as the country's most powerful opposition leader after his party won the most seats of any opposition group in the national assembly.

People who had left Kampala, either out of fear of postelection violence or to vote in their rural homes, have begun to return to the city.

Twelve bottles of Bordeaux red wine are now back on Earth after aging for the last year aboard the International Space Station. The carefully packed wine, along with grapevine snippets were part of an agricultural research experiment to see what impact the harsher conditions of space may have had. And importantly in the name of science, some of France’s top connoisseurs and experts are expected to uncork the bottles for a taste test. 🎧

Add my name to the list for this wine tasting 🍷 https://t.co/QsTcDukWxE

Listen: Confrontation with migrants in Guatemala part of a Trump administration policy 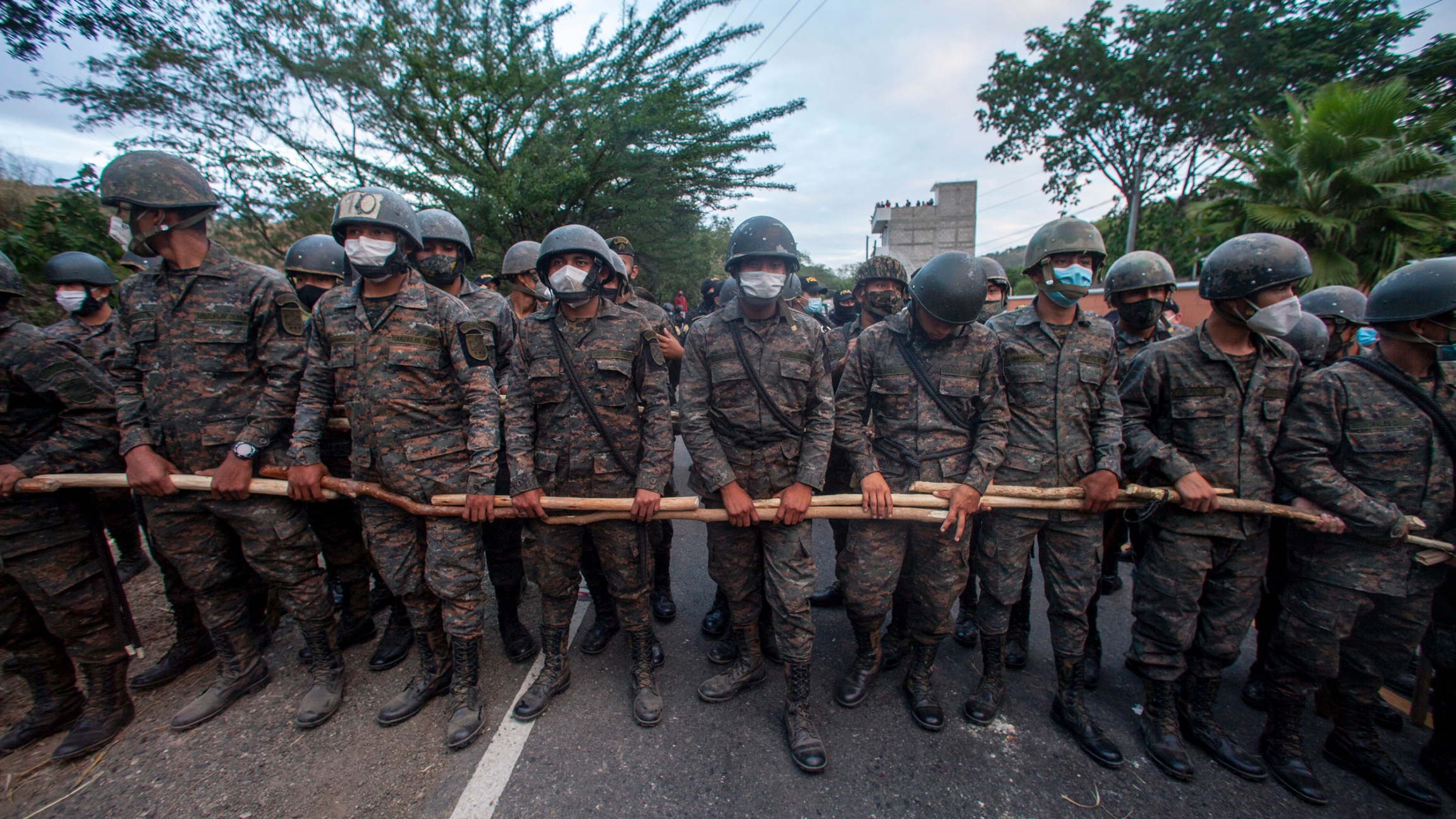 Guatemalan soldiers block a group of Honduran migrants in their bid to reach the US border, in Vado Hondo, Guatemala, Jan. 17, 2021.

Guatemalan soldiers forcefully prevented a large group of migrants who were attempting to walk across the country and eventually reach the US. The tough stand taken by Guatemala at its border is in large part because of policies put in place during the Trump administration. Also, US Secretary of State Mike Pompeo announced Tuesday that the Chinese Communist Party has “committed genocide” against the Uighur ethnic group. Also, 12 bottles of Bordeaux red wine are now back on Earth after aging for the last year aboard the International Space Station.