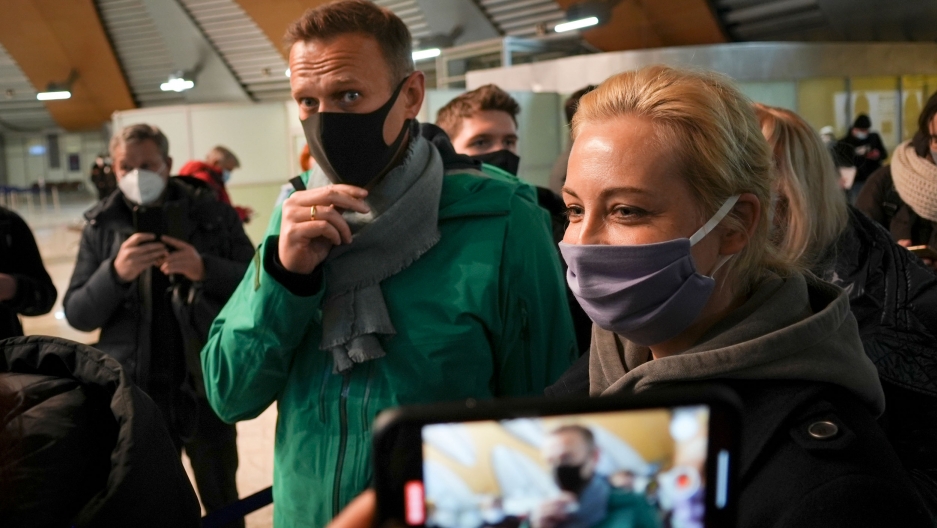 Alexei Navalny and his wife Yuliastand in line at the passport control after arriving at Sheremetyevo airport, outside Moscow, Russia, Jan. 17, 2021. Navalny was detained at the airport after returning from Germany. 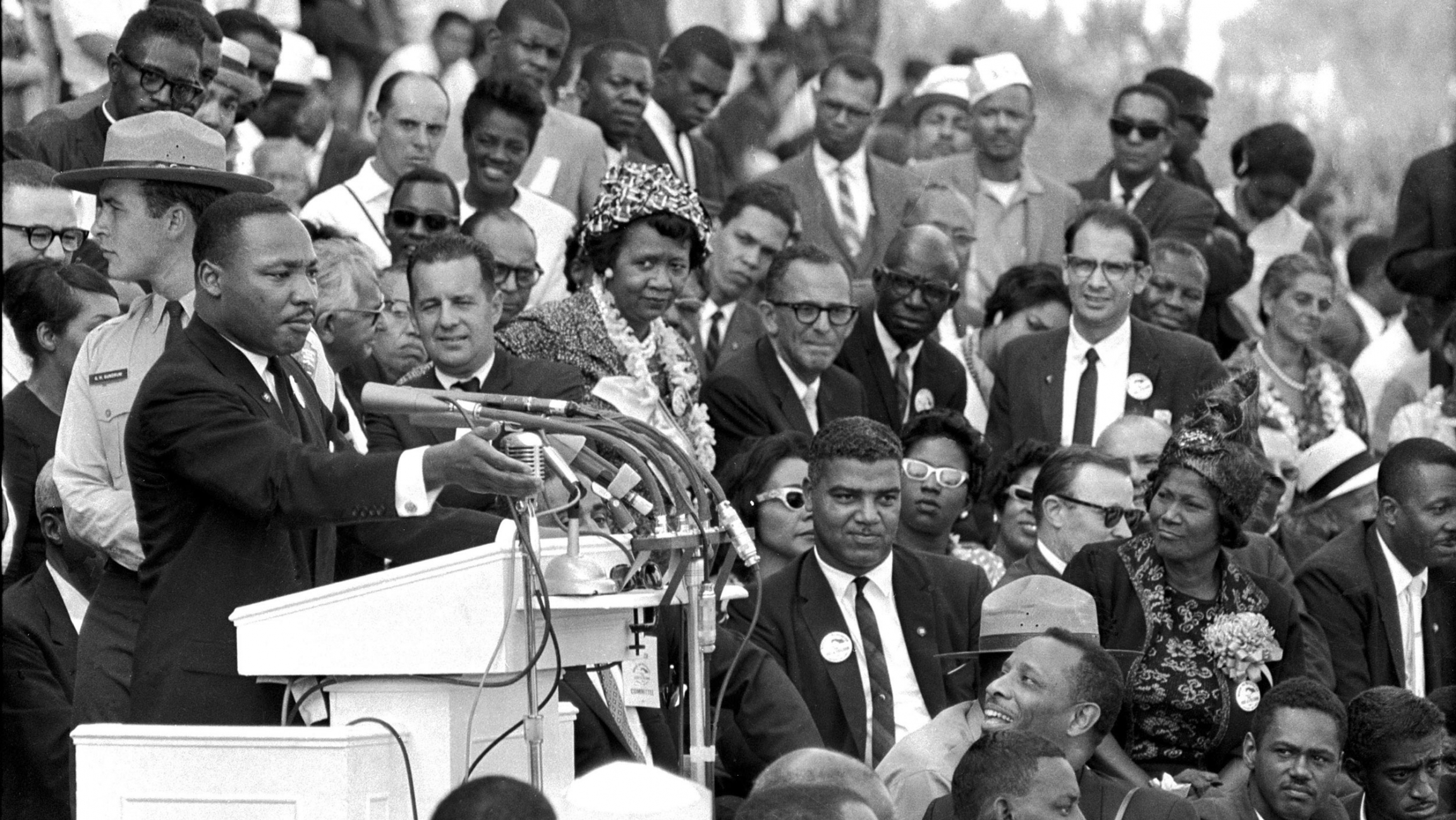 Rev. Dr. Martin Luther King Jr. speaks to thousands during his "I Have a Dream" speech in front of the Lincoln Memorial in Washington, Aug. 28, 1963.

Today, we celebrate and honor the life and legacy of Dr. Martin Luther King Jr. Here are five of his most memorable speeches that continue to inspire. 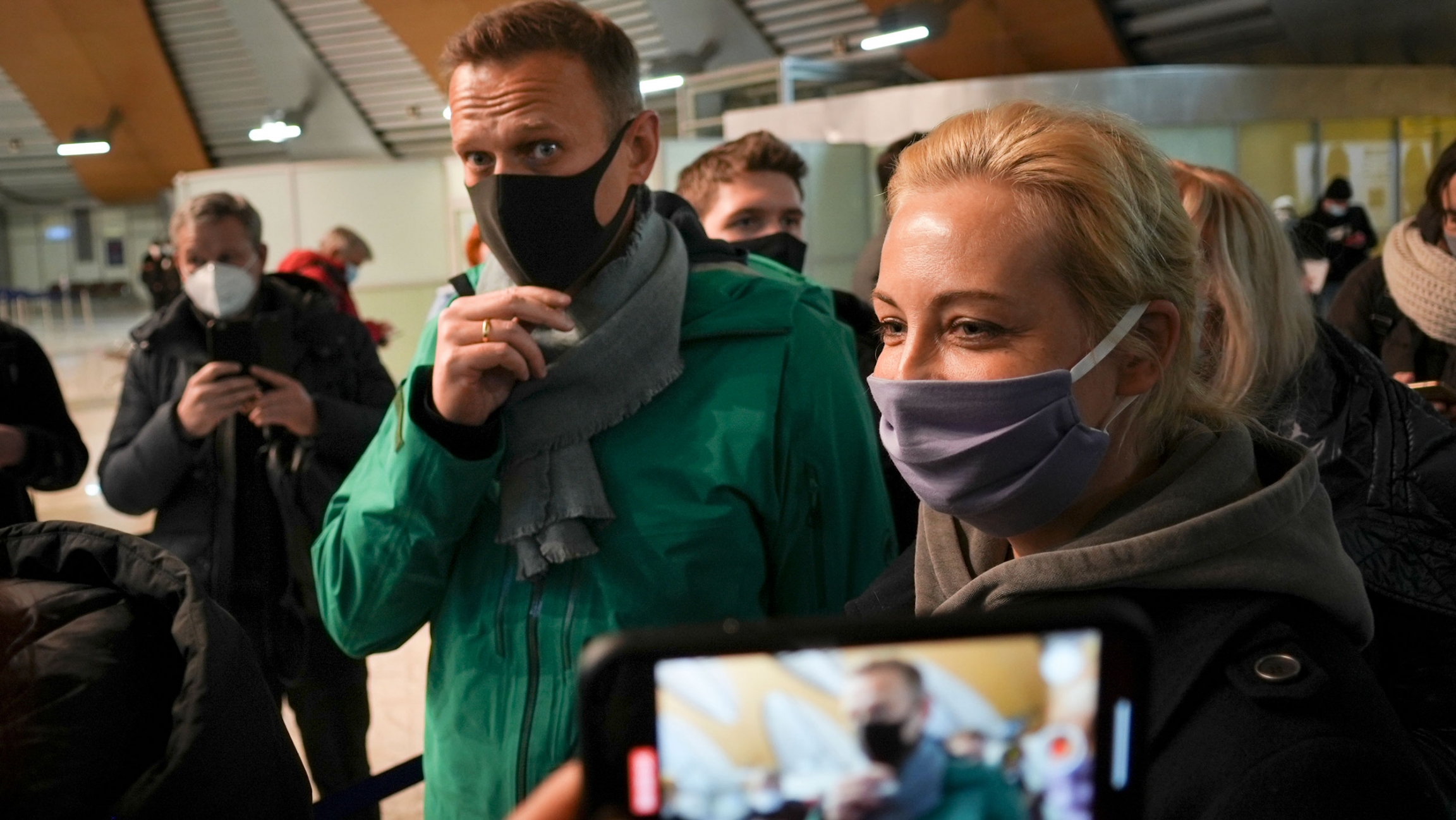 Alexei Navalny and his wife Yuliastand in line at the passport control after arriving at Sheremetyevo airport, outside Moscow, Russia, Jan. 17, 2021. Navalny was detained at the airport after returning from Germany.

A judge in Russia has ordered opposition leader Alexei Navalny be jailed for 30 days. Navalny spent the last five months in Germany recovering after being poisoned with the lethal nerve agent Novichok. The 44-year-old critic of Russian President Vladimir Putin was arrested on Sunday after his flight from Germany landed in Moscow for allegedly violating parole terms of a suspended sentence for embezzlement.

Navalny’s arrest has drawn swift criticism from Western nations. German Foreign Minister Heiko Maas on Monday called it “completely incomprehensible,” and said Russia should follow its international commitments to the rule of law and the protection of civil rights.

According to Navalny’s lawyer, the court hearing took place, not in a courtroom, but at the police precinct and that they were notified of the hearing only minutes before it started.

“It is impossible what is happening over here,” Navalny said in a video from the improvised courtroom, posted online. “It is lawlessness of the highest degree.”

A large group of migrants from Honduras headed to the US were violently met with tear gas and batons early Sunday as they tried to make their way through Guatemala. Police and soldiers set up a roadblock at a chokepoint on a two-lane highway to Chiquimula in the southeast of the country. A contingent of the migrants  tried to make their way through when security forces pushed them back.

And, Ugandan President Yoweri Museveni has been declared the winner of the country's presidential election, extending his rule for five more years. Museveni has been ruling Uganda since 1986. The opposition party has dismissed the results as “fraud.” Opposition candidate Bobi Wine, whose real name is Kyagulanyi Ssentamu, said Monday that police are allegedly preventing officials from going to his party's headquarters. Bobi Wine's party plans to launch a legal challenge to free him from house arrest and challenge the election outcome. 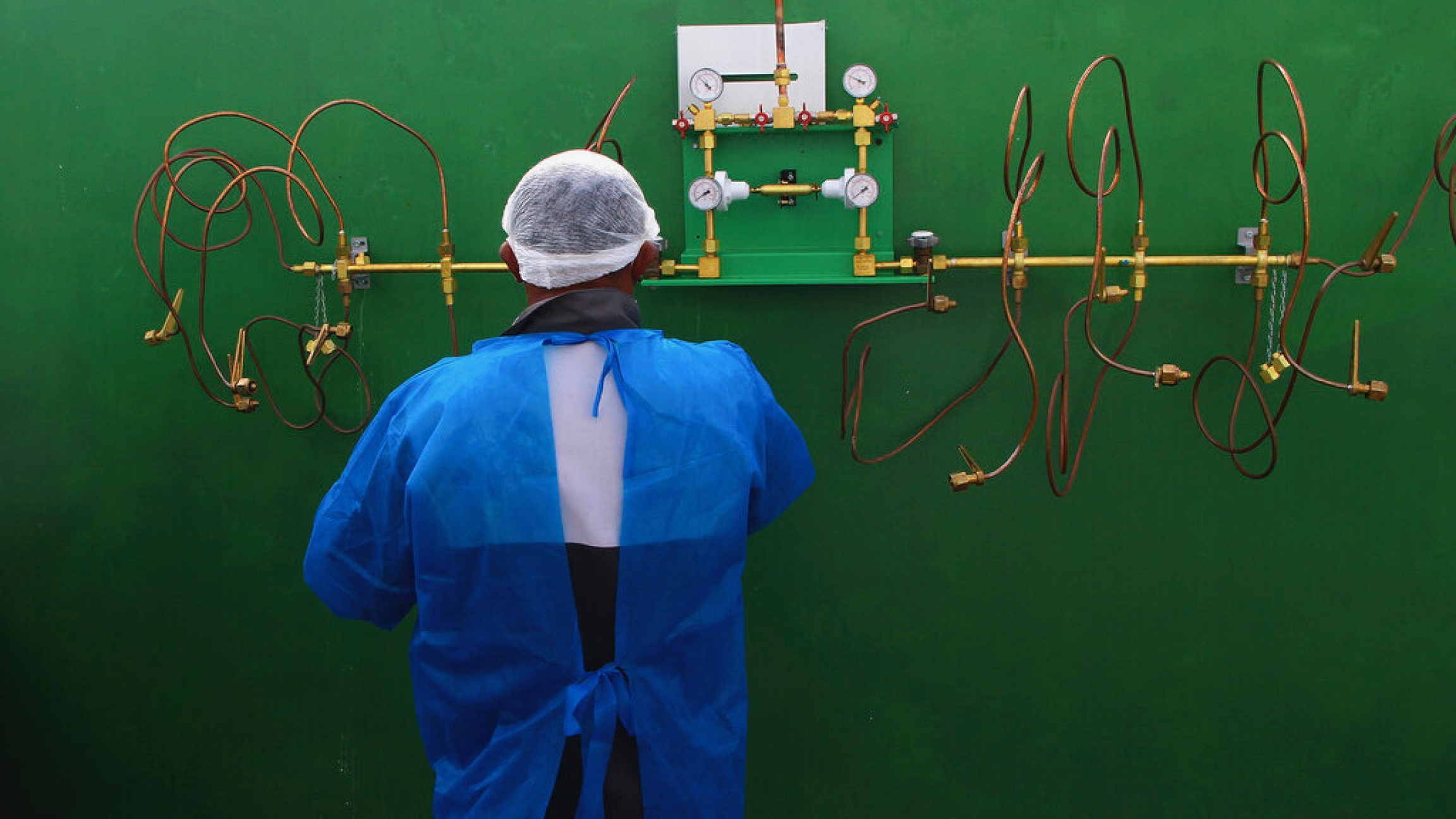 A health worker stands in front of an empty oxygen tank station, the only station at Joventina Dias Hospital, a small clinic in Manaus, Brazil, Jan. 15, 2021. Hospital staff and relatives of COVID-19 patients rushed to provide facilities with oxygen tanks just flown into the city as doctors chose which patients would breathe amid dwindling stocks and an effort to airlift some of them to other states.

Hospitals in Manaus, the capital of the Brazilian state of Amazonas, ran out of oxygen last week — endangering the lives of dozens of patients with the coronavirus, according to reports.

Family members have waited for hours in long lines to purchase oxygen tanks from private distributors in the city. At least one businessman has been jailed for hiding oxygen tanks in order to sell them at elevated prices. This isn’t the first time that COVID-19 has hit the city particularly hard. 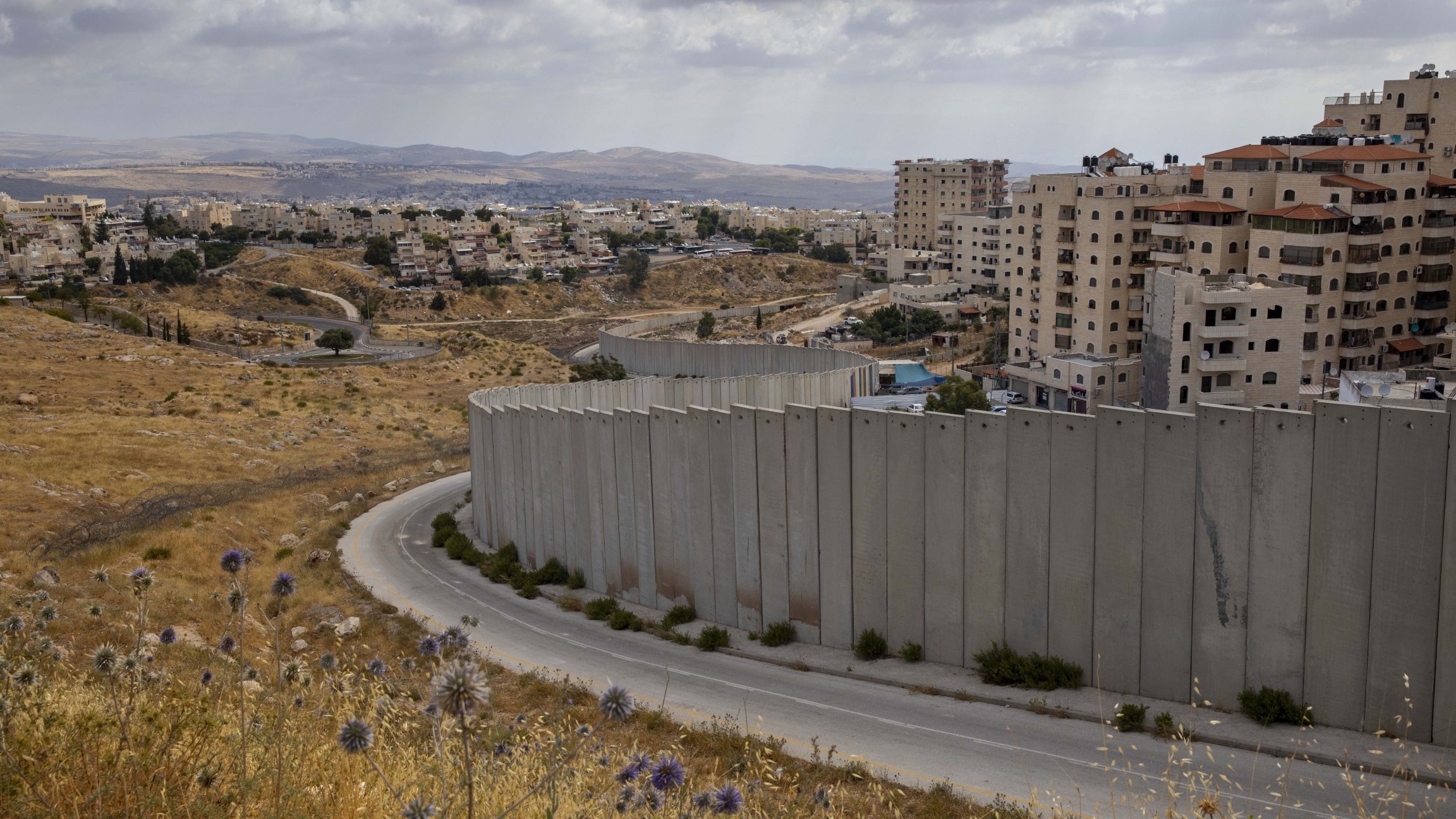 A view of Shuafat refugee camp is seen behind section of Israel's separation barrier in Jerusalem, June 19, 2020.

B'Tselem, a leading Israeli human rights group, has begun describing both Israel and its control of the Palestinian territories as a single "apartheid" regime — an explosive word choice that the country's leaders and their supporters vehemently reject.

“We have decided to use this word because it is the correct term to describe the reality between the Jordan River and the Mediterranean Sea and the entire area that is under Israel's control,” Hagai El-Ad, executive director of B'Tselem, told The World.

On the MTV reality show "The Real World: San Diego," she was known as Alexandra or Alex for short. These days she goes by Shungudzo. But when it comes to subjects she's most passionate about, Shungudzo doesn't take any shortcuts. Though her music and poetry, she tackles the racism she felt growing up in Zimbabwe and the US. Today, on The World, Shungudzo speaks to host Marco Werman.

Listen: Millions under lockdown in China after new coronavirus outbreak 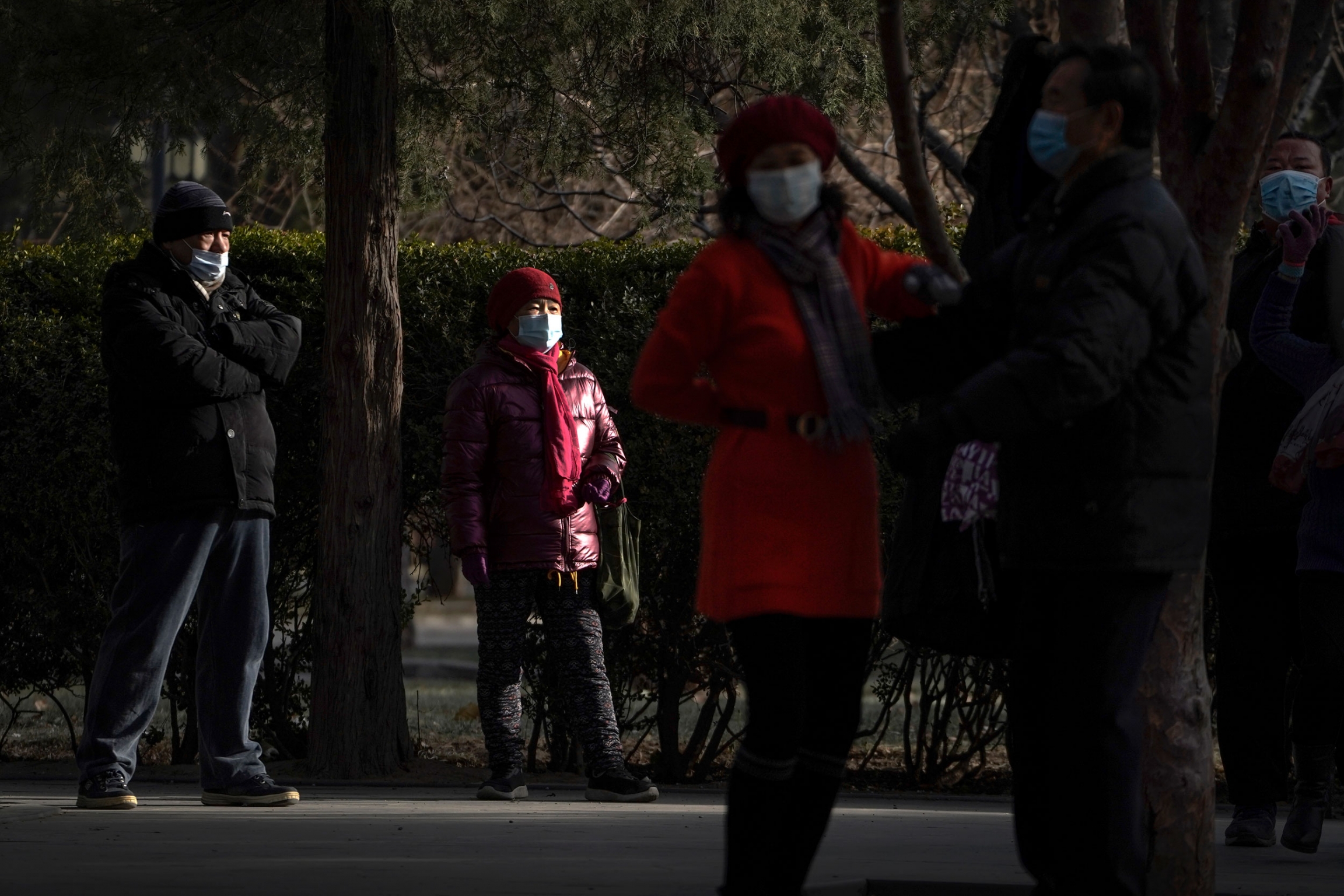 People wearing face masks to help curb the spread of the coronavirus at a public park in Beijing, Jan. 12, 2021. Lockdowns have been expanded and a major political conference postponed in a province next to Beijing that is the scene of China's most serious recent COVID-19 outbreak.

China, which had no deaths from COVID-19 on its mainland for eight months, has responded to reports of 500 new cases by locking down 28 million people. Also, for the first time in its 30-year history, an Israeli human rights group, B'Tselem, has called Israel an "apartheid regime" in a new report. And, the first place many of us go answers about any given subject is Wikipedia. The online encyclopedia, which is curated by volunteers  and open to all, turned 20 on Friday.