With just days remaining Donald Trump’s presidency, the US House is forging ahead with impeachment — for the second time in 13 months — this time, for inciting an insurrection against the US government. The House first pressed on Pence with a formal vote urging him to invoke the 25th Amendment — to no avail. Pence sent a letter to House Speaker Nancy Pelosi, telling her he would not “play political games” and urged lawmakers to focus instead on a peaceful transition of power.

The House is expected on Wednesday to vote to impeach Trump, as a growing number of both Democrats and Republicans share concern that the president poses a threat to national security. Notably, Senate Majority Leader Mitch McConnell, the departing majority leader and a staunch Trump ally, said he believed Trump committed impeachable offenses and that it would make it easier to purge him from the Republican party. “The president’s threat to America is urgent, and so too will be our action,” said Pelosi. In a move short of impeachment, several Republican lawmakers have also floated the idea of censure to formally condemn Trump’s role in the Jan. 6 attacks, but critics say this is not enough.

Amid political turmoil following the Capitol siege last week, the US set another new COVID-19 death toll record with a one-day high of over 4,300 on Jan. 13. The overall number of those killed by COVID-19 topples 380,000, according to Johns Hopkins University, nearly the number of Americans killed in World War II. Japan is also struggling to contain a new outbreak of the virus, extending its state of emergency to seven more regions beyond Tokyo, as cases surge. And Ireland, which once had the lowest COVID-19 rates in the world, now has the highest, reporting more than 132 new cases per 100,000 people. “I think we’ve run out of adjectives to describe how serious this is,” Irish health chief Paul Reid said.

Italy’s top mobsters are on trial starting Wednesday, as at least 300 defendants with the ‘Ndrangheta mafia, the world’s wealthiest crime syndicate, appear in court. The southern Calabrian-based organization is accused of exploiting tens of billions of dollars in cocaine sales, stretching its reach across Europe and around the globe. Italians who once trembled with fear about the notoriously violent criminal network have begun to come forward in recent years with complaints. As one of the largest mafia trials in decades, lawmakers will attempt to hold defendants accountable for offenses such as drug and arms trafficking, murder and extortion.

Violence, arrests of opposition in lead-up to Uganda election 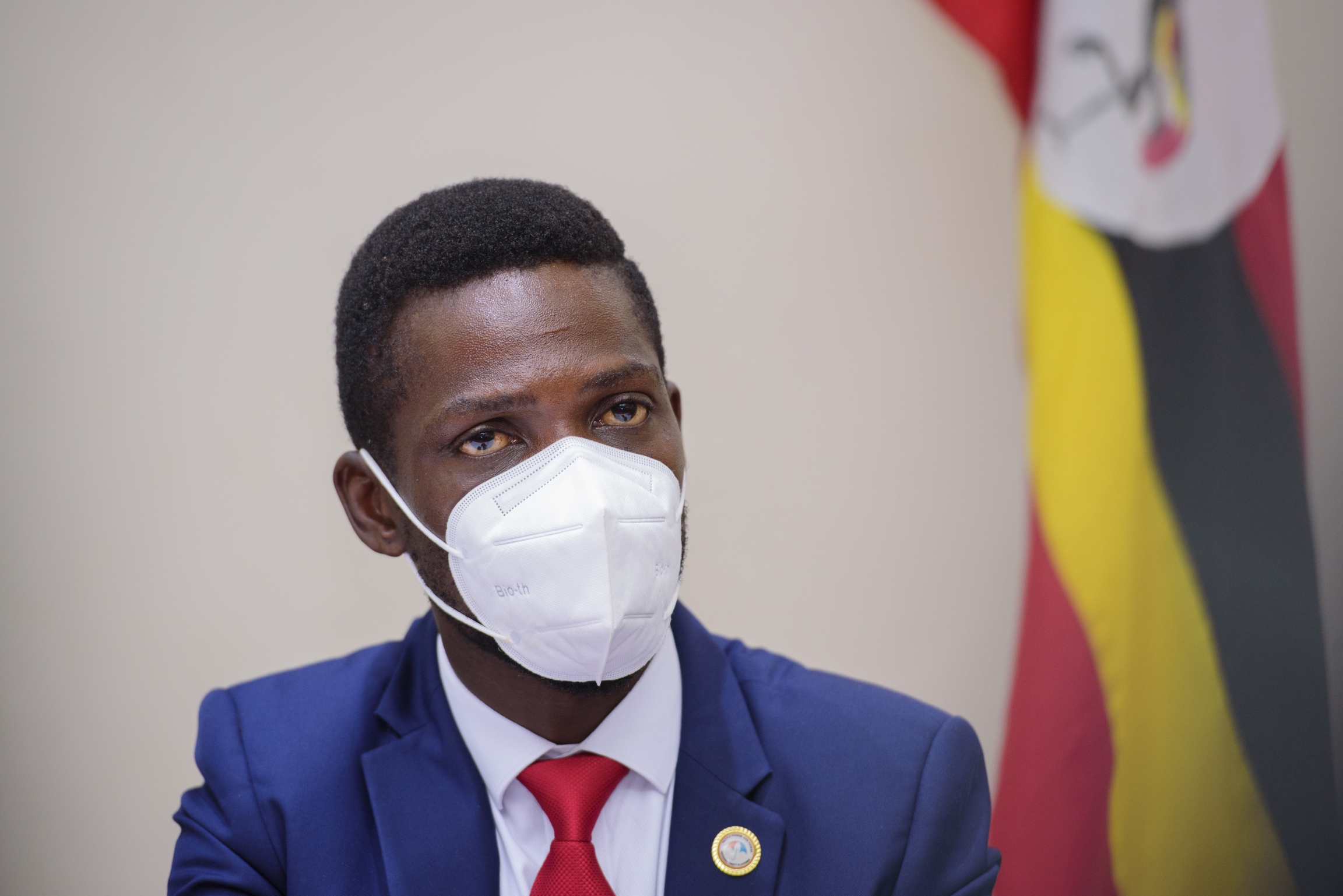 On Thursday, millions of Ugandans will go to the polls to vote for president. The front-runners are President Yoweri Museveni, a former guerilla fighter who ousted two dictators, and singer and politician Robert Kyagulanyi Ssentamu, widely known as Bobi Wine, who is at the forefront of the opposition.

The election has been marked by violence and the arrest of opposition figures. (🎧) Host Marco Werman speaks to The World's reporter Halima Gikandi from Kampala, Uganda. 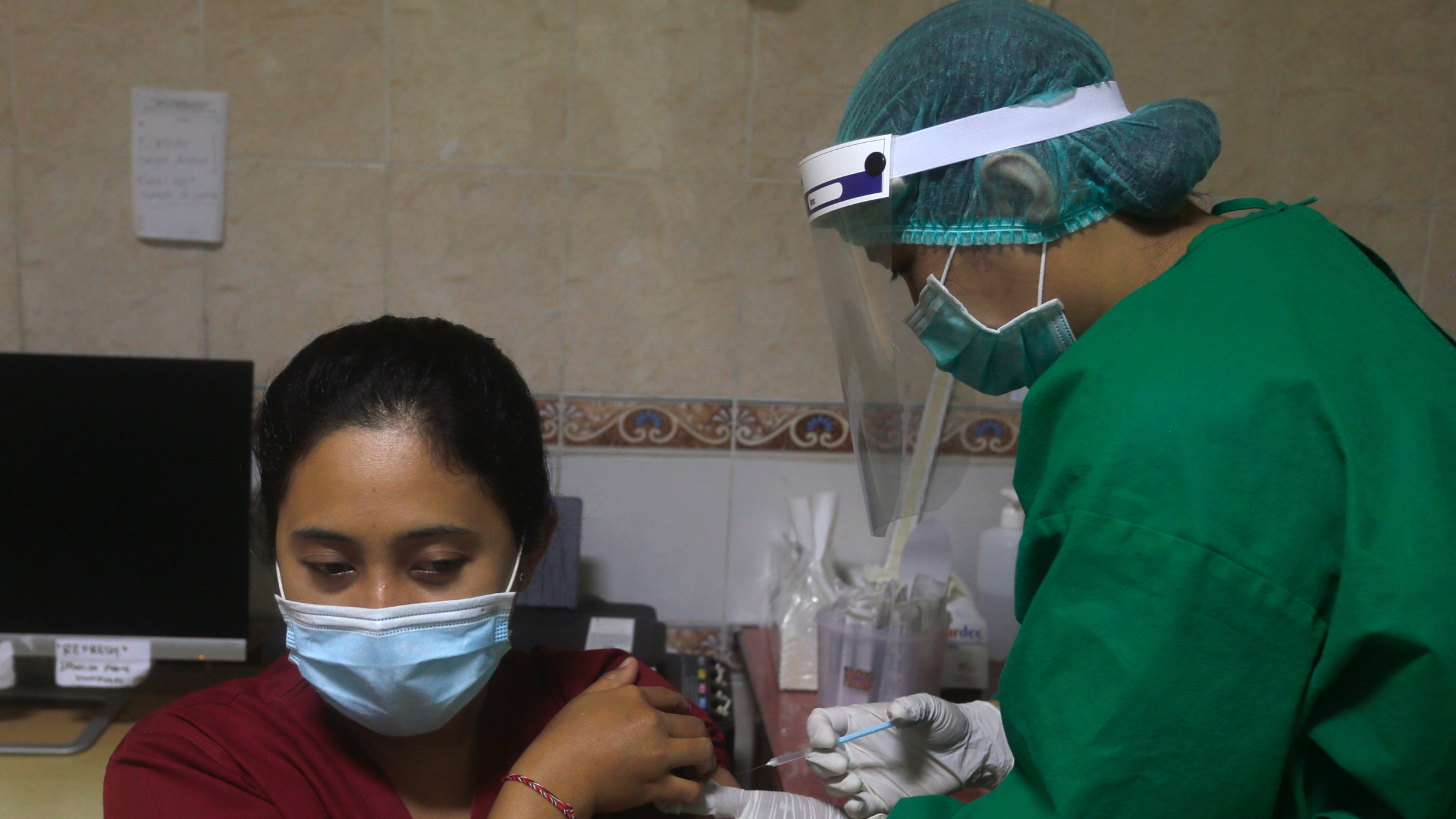 A health worker gives an injection to a mock patient during a coronavirus vaccine drill in Bali, Indonesia on Monday, Jan. 11, 2021. Indonesia's highest Islamic body has gave its religious approval to China's Sinovac vaccine, paving the way for its distribution in the world's most populous Muslim nation.

Expanding vaccine access helps China reframe the narrative of the pandemic and improve China’s image, said Yangzhong Huang, a senior fellow for global health at the Council on Foreign Relations. The effort could end up being a “soft power” diplomacy tool for China.

“Especially when you are dealing with countries where, for example, you have territorial disputes...by promising or providing the desperately needed vaccines, you expect them to soften their positions,” Huang told The World.

With records for deaths and infections from COVID-19 being set around the world and following the attack on the US Capitol, maybe a helpful moment of repreive would be to spend some time listening to the forest. A new service called Tree.fm allows you to browse the sounds of a random forest.

Listen: Cuba again listed as a state sponsor of terrorism

US Secretary of State Mike Pompeo has announced that Cuba will be re-designated a state sponsor of terrorism. And, on Thursday, millions of Ugandans will go to the polls to vote for president in an election that has been marked by violence and the arrest of opposition figures. Also, so-called “‘edible public spaces” can come in a lot of different shapes and sizes, ranging from a community garden to five-acre forest to a citrus tree on the side of a road.