A miniature sculpture of the Statue of Liberty dedicated to the theme of Black Lives Matter is causing uproar in Hungary — even before the work has been put on display. 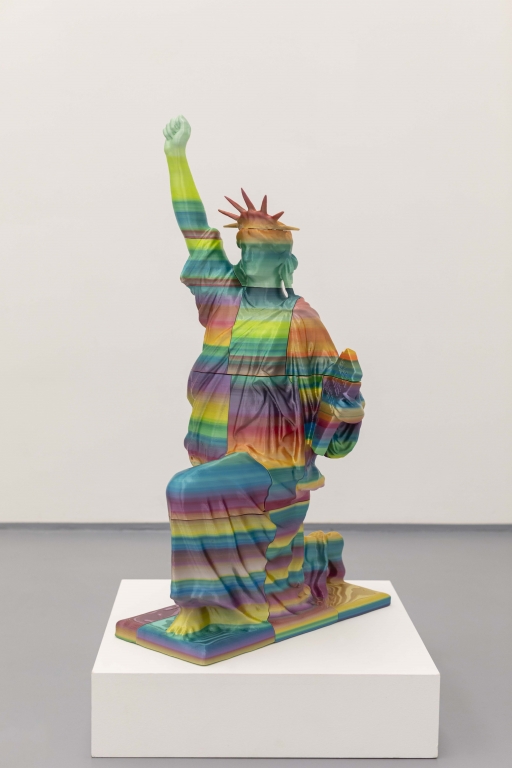 The statue is just 3 feet high and will be erected in Budapest for only two weeks in April. But pro-government commentators have already threatened to tear it down.

The installation by artist Péter Szalay is a kneeling sculpture of the Statue of Liberty, illuminated in rainbow colors with her left hand raised in a fist. In her right, she holds a tablet, not depicting the date of the Declaration of Independence, but the words, “Black Lives Matter.”

Szalay says even as he created the artwork, he expected it would be destroyed: “I was counting on this possibility. Tearing down statues is a sad tradition in Hungary.”

The work is one of a series of public art pieces commissioned by Budapest's 9th District, but it is the only one to suffer such a backlash. Commentators on one of Hungary’s pro-government TV channels compared it to putting up a monument to Hitler.

Origo, the largest government-related online news site, said the artwork is a sign that the “radical left in Hungary want to join the incitement and hatred against whites and Christians."

Activist and reggae singer Gregory G Ras, who organized the country’s biggest Black Lives Matter march in Budapest last summer, says he doubts if these pundits believe what they are saying. But he says pro-government networks that dominate the media landscape in Hungary like to hold debates about issues of this nature to distract from what’s really happening in Hungary today.

“Obviously, nobody really believes it. They just use issues that divide the people, to distract from the fact that democracy is over in Hungary.”

“Obviously, nobody really believes it,” he said. “They just use issues that divide the people, to distract from the fact that democracy is over in Hungary.”

The Black community in Hungary is small, less than 1% of the entire population, which stands at about 9.7 million. About a thousand people turned out for the peaceful BLM march last summer. G Ras says it’s the Roma community that bears the brunt of racist attacks, although his wife, who’s half Ghanaian, half Hungarian, has received verbal abuse. G Ras believes racism is on the rise and blames the staunch, anti-migrant stance of the Hungarian government for the increase. 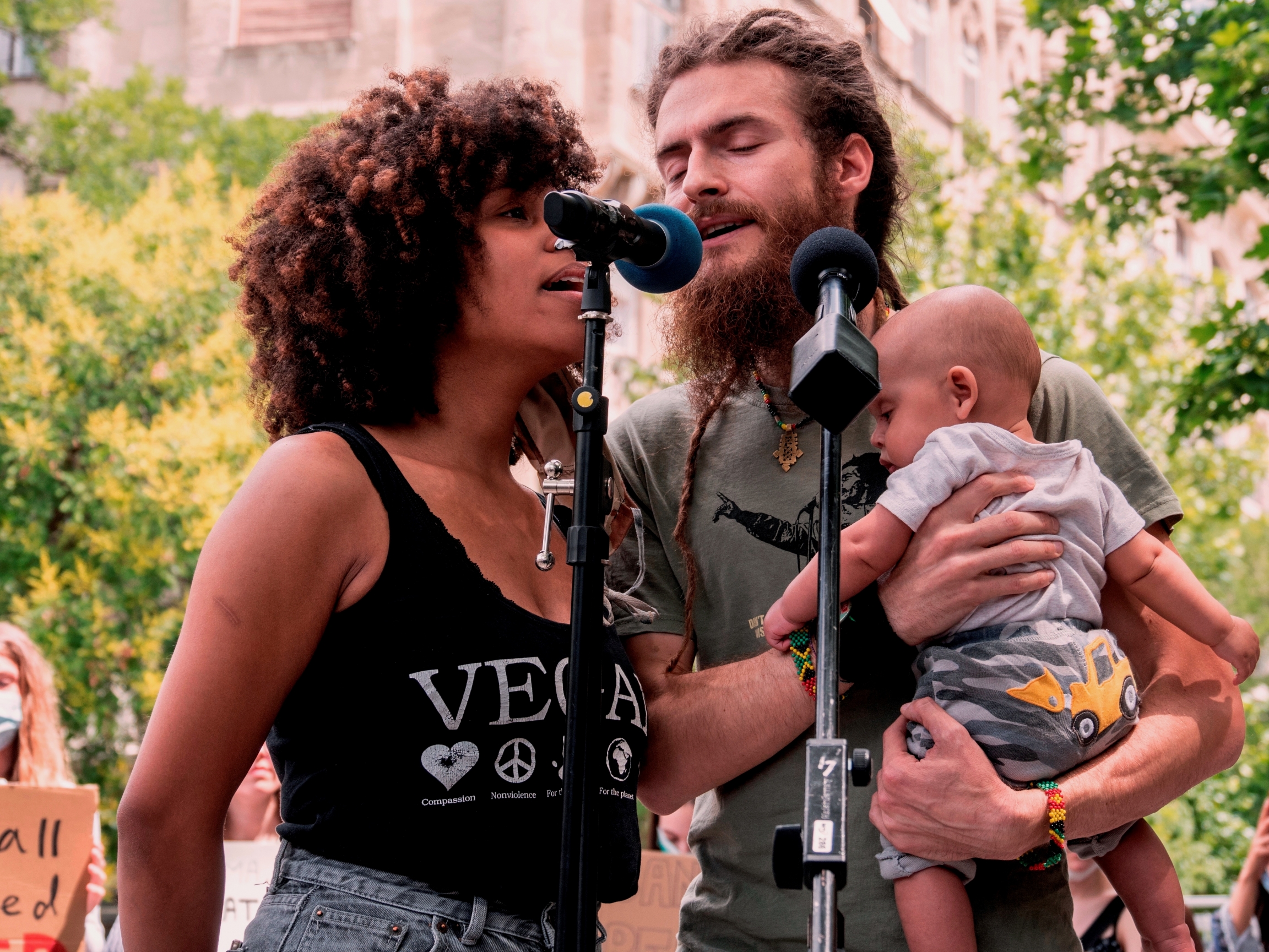 Gregory G Ras, a reggae singer and activist, organized the main Black Lives Matter march in Budapest last summer. His wife, Telma Lincoln, also a singer, and their baby Noah, are pictured with him at the event.

“It started in 2015 with the refugee crisis when the prime minister decided that this is the topic that will land him total control over the country,” he said.

The refugee crisis in 2015 in Europe saw thousands of migrants fleeing from countries like Syria, Afghanistan and Iraq to Europe. Some 67,000 asylum-seekers passed through Hungary in the first six months of 2015. But Prime Minister Viktor Orbán quickly shut his borders to the vast majority of refugees. Even as migrant numbers have remained minuscule in Hungary, Orbán’s government continues to spread fear about the dangers of immigration.

In 2016, he told Bild newspaper “if you take masses of non-registered immigrants from the Middle East into your country, you are importing terrorism, crime, anti-Semitism, and homophobia.” And the comments have an impact. A European Union survey in 2018 found only 10% of Hungarians would feel “totally comfortable” having an immigrant as a friend. Last month, the European Court of Justice ruled that Hungary's restrictive, asylum-seeker policies violated EU law.

But not all Hungarians with African backgrounds think racism is an issue in the country today. Actor and radio presenter Sorel-Arthur Kembe, who was born in Hungary, has roots in the Republic of the Congo. His father, who was born in Brazzaville, came to Hungary to study in the 1970s. Kembe says he experienced some racist abuse in his youth: “In the early ’90s, I had to fight a lot of skinhead groups in the streets.”

“It may be important to show sympathy for the BLM movement, but I am not convinced that the best way to do this is to set up a statue.”

But Kembe says that is over now. Hungary hasn’t faced the kind of integration problems that France or Belgium have with their migrant communities, he says — or experienced the kind of segregation the Black population in the United States suffered in the past. Kembe says he’s not sure Hungarian society knows what racism is, and he’s somewhat ambivalent about Szalay’s art installation: “It may be important to show sympathy for the BLM movement, but I am not convinced that the best way to do this is to set up a statue.” 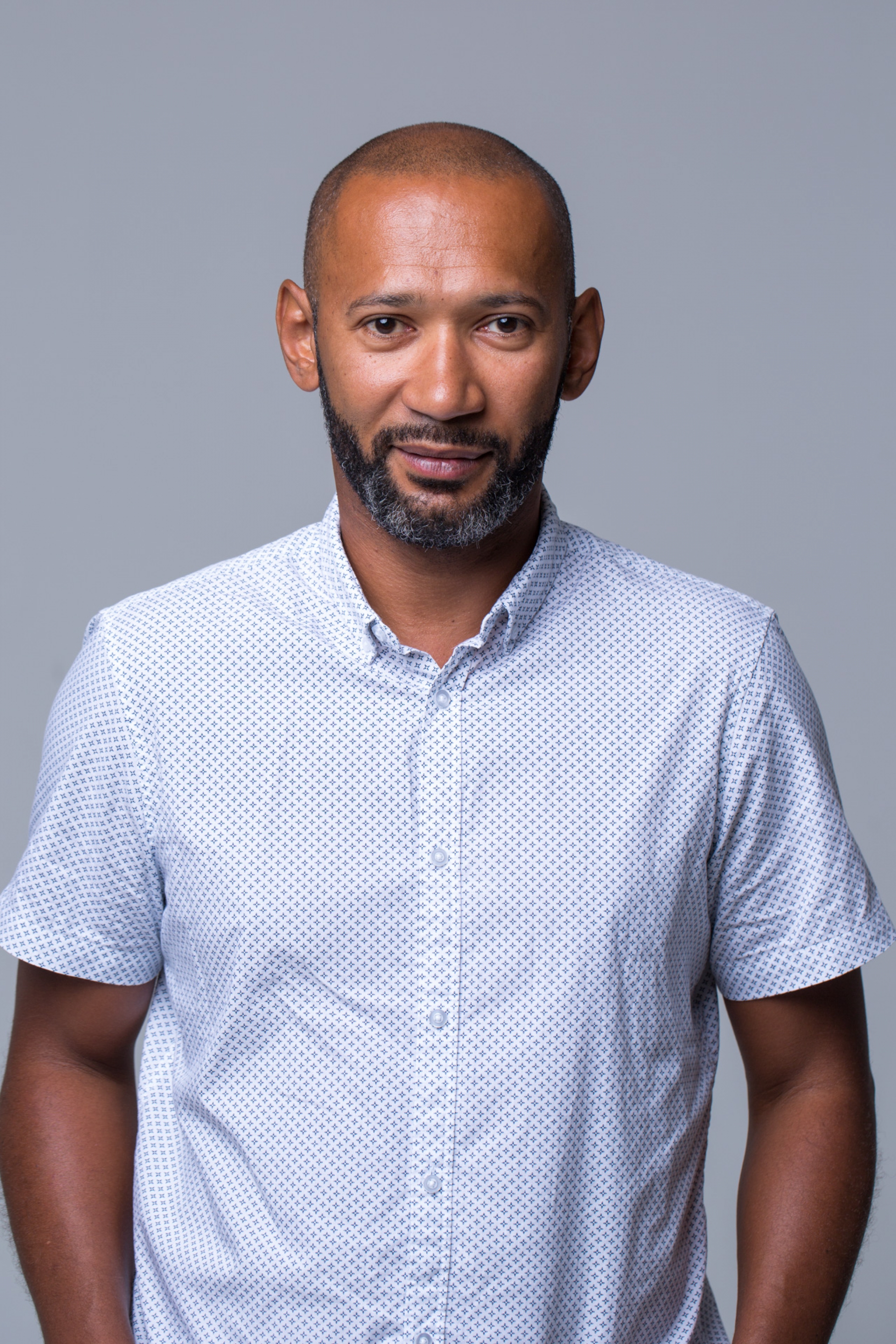 Sorel-Arthur Kembe is an actor and radio presenter in Hungary.

Many members of the Black community in Hungary are students on scholarships from African countries. The program has seen thousands of students attend prestigious universities in Hungary over the last 50 years. The program dates back to the Cold War, when the Hungarian government saw it as a way to help the socialist country open up to the world. In the last five years, the government has been particularly active in promoting the program, which is funded by taxpayers’ money.

István Tarrósy, professor of political science and African studies at the University of Pécs, says he finds it's difficult to square off the government’s anti-migrant stance with its promotion of these scholarships to students in Africa.

“That's one of the questions I've been visiting and revisiting myself. From an analytical point of view, it's a very consistent government policy which is anti-immigrant. On the other hand, you can see these very pragmatic tools such as the scholarship program.”

Tarrósy, who teaches many of the African students, says he doesn’t believe they experience much racist abuse. But he adds that these students live in university cities and things could be different if they were staying in smaller Hungarian towns. Hungary has quite a homogenous population — emigration is common but not immigration, he says.

András Léderer, senior advocacy officer with the human rights nongovernmental organization, the Hungarian Helsinki Committee, agrees that the government’s anti-migrant rhetoric appears at odds with its promotion of scholarships to African students. But he says there’s a simple reason for it: political and financial capital.

“In every right-minded government, there is an idea to offer scholarships to foreign students to come and study in your country in order to build strong personal relationships for potential future political and business and academic leaders.”

“In every right-minded government, there is an idea to offer scholarships to foreign students to come and study in your country in order to build strong personal relationships for potential future political and business and academic leaders,” he said.

Most African students on scholarship in Hungary are unlikely to have a fluent grasp of the language to understand the derisive comments on pro-government media about the Black Lives Matter movement. Orbán’s own chief of staff, Gergely Gulyás, recently called Black Lives Matter “basically a racist movement.”

Léderer worries about the impact continuous pejorative comments on pro-government sites about BLM or the migrant community have on ordinary Hungarians. Watching events in Washington, DC, on Jan. 6, made him think about just how powerful these networks can be, he says.

“Many of these people [at Capitol Hill] have been reading conspiracy theories for years and that became the reality for them. And seeing how effective the Hungarian propaganda media is, one cannot help but wonder what will be the consequences of years of spreading vicious hate and conspiracy theories here in Hungary.”

Artist Szalay has received some verbal abuse since news of his art installation went public but says he is not too bothered by it. As an artist, he says, he’s happy that people are talking about his work. And if the statue is torn down he adds, well, that just proves that the Black Lives Matter movement is relevant in Hungary today.