American democracy had a very bad day on Wednesday.

As images of rioters ransacking Capitol Hill shot across the globe, foreign leaders were quick to comment.

“A ground rule of democracy is that after elections there are winners and losers. Both have their role to play with decency and responsibility so that democracy itself remains the winner."

German Chancellor Angela Merkel said the images out of Washington made her furious and sad.

“A ground rule of democracy,” she said, “is that after elections there are winners and losers. Both have their role to play with decency and responsibility so that democracy itself remains the winner."

Related: 'I fear for our democracy,' says Rep. Mondaire Jones in calling for Trump's removal 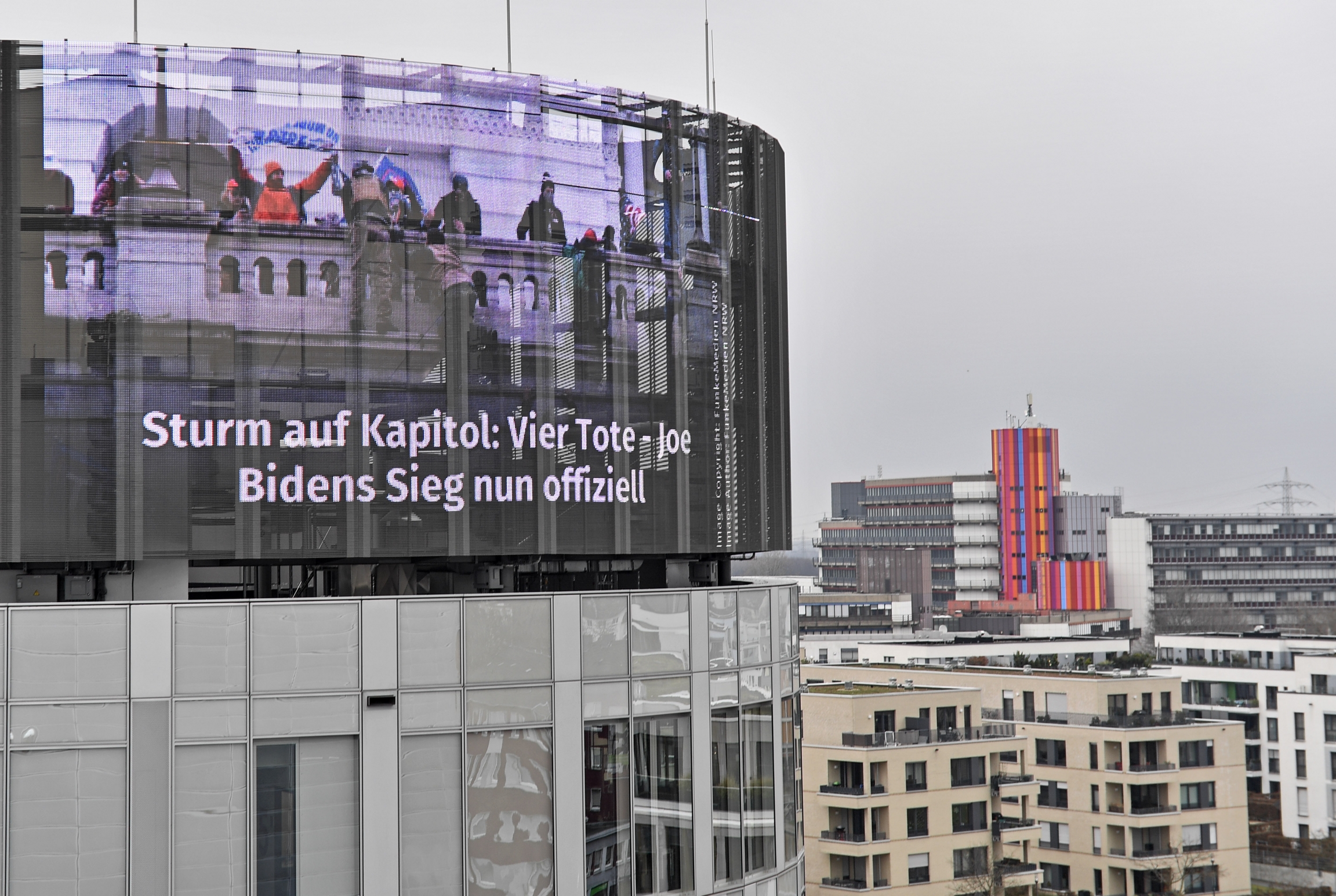 A big news screen on a building in Essen, Germany, showing protesters on the US Capitol in Washington, a headline reads "Storm on the Capitol: Four dead — Joe Biden's victory now official," on Thursday, Jan. 7, 2021. 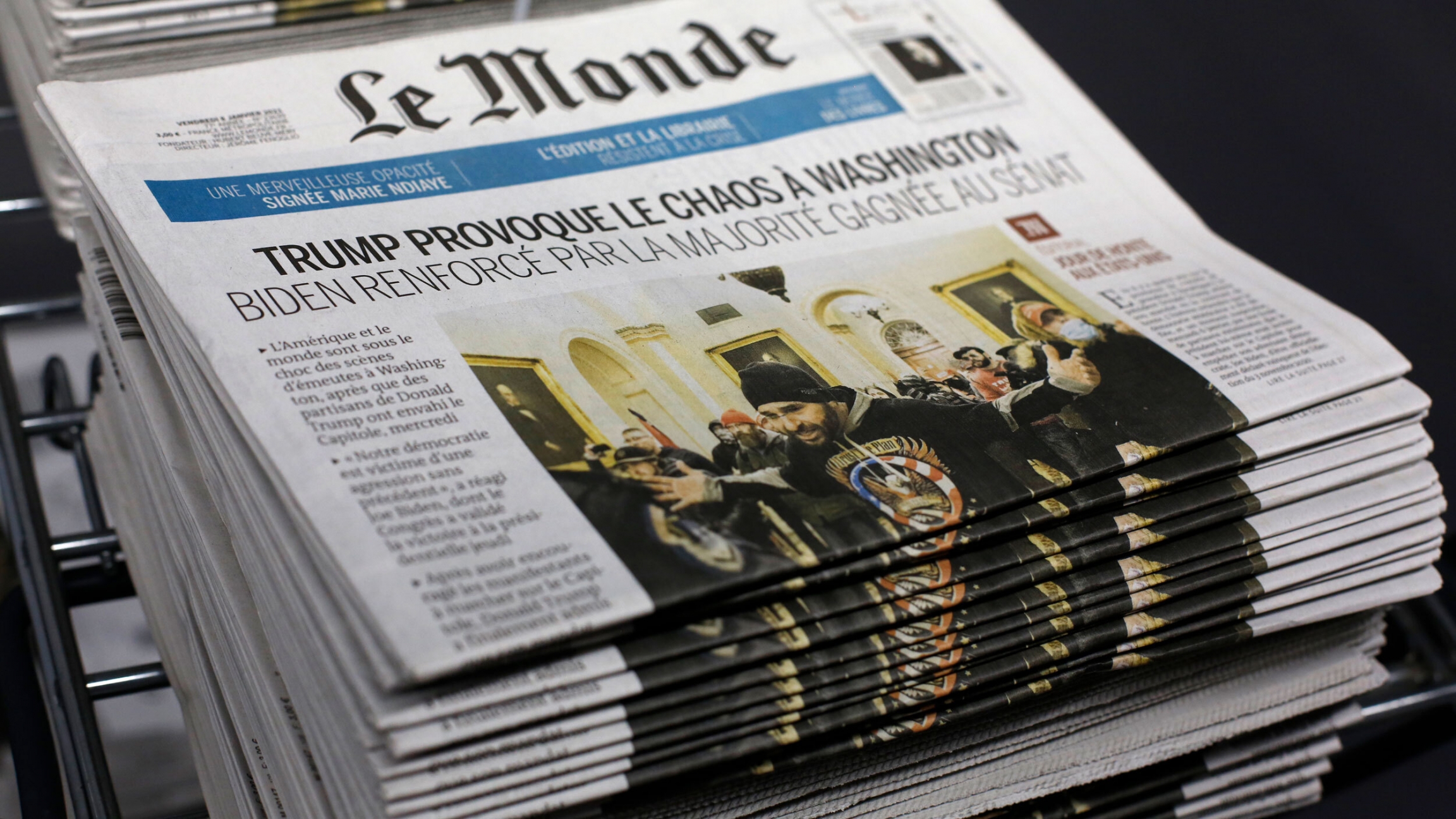 Copies of the French newspaper Le Monde headlining on the Capitol attack, Jan.7, 2021 in Paris.

Reactions came from all corners of the globe, including from Turkey, Venezuela and China. The common thread in their messages? As Josep Borrell Fontelles, high representative of the EU for foreign affairs put it, American democracy appeared under siege.

“I think one of the key issues right now is potentially the death of American exceptionalism."

“I think one of the key issues right now is potentially the death of American exceptionalism,” said Zachariah Mampilly, the Austin Marxe endowed chair of international affairs at The City University of New York, and author of several books on uprisings in Africa.

“The idea that the US is a uniquely democratic country that would not be prone to the types of actions that we witnessed yesterday [Wednesday].”

Mampilly said for a long time, the US relied on the narrative of exceptionalism to promote democracy abroad. Yet, during his time working and researching in African countries, he heard a lot of skepticism about that.

“Many African countries have experienced American interventionism that has long not adhered to the rhetoric of democracy that the US government deploys. So, there’s a sense of comeuppance right now in many parts of the world,” Mampilly said.

In the city of Ramallah, in the West Bank, Salem Barahmeh was watching the riots play out in Washington with “a mix of amazement and horror.”

Related: The world reacts to chaotic rampage at the US Capitol

What immediately stood out to him was how different the police responded Wednesday compared to what he had seen over the summer with Black Lives Matter protests.

“If those protesters were not white, they would have been arrested, beaten, hurt."

“If those protesters were not white, they would have been arrested, beaten, hurt,” said Barahmeh, who runs a nongovernmental organization called the Palestine Institute for Public Diplomacy.

And Barahmeh said he could relate.

“One thing that struck me was the parallel I felt in my own life as a Palestinian in Palestine, living under a system of segregation and also one where your freedom and rights are determined by your ethnonational identity,” he said.

The images of policemen taking selfies with rioters were disturbing to Sandip Roy, a writer based Kolkata, India.

Roy said he, too, watched in disbelief as rioters shattered windows at the Capitol and trashed lawmakers’ offices. At the same time, he said, the events of Wednesday should not have been all that surprising.

“What has happened is that a certain kind of bigotry and hatred and violence has been mainstreamed and normalized. ... This was always part of the body politic in America but it was just not allowed to become mainstream.”

“What has happened is that a certain kind of bigotry and hatred and violence has been mainstreamed and normalized,” Roy said. “This was always part of the body politic in America but it was just not allowed to become mainstream.”

President Donald Trump has considerable support in India and according to Roy, in the aftermath of Wednesday’s events, some of his fans have kept silent but others have applauded the actions of the rioters in Washington.

India, Roy added, has had its own share of discontent in recent months related to issues such as farmers' rights and citizenship for Muslims in the country.

“Ironically, the same people [Trump’s fans] are quite aghast and shocked when farmers or protesters about a citizenship bill change for Muslims come to the Indian capital or do a kind of a hunger strike or block roads to press their demands,” Roy said.

American democracy will make it through this troubling time, he said. But it’s high time for the country to examine its self-appointed role as the policeman of the world.

Alfiaz Vaiya, a political adviser in the UK’s House of Lords, was taken aback by the “blasé and brazen” attitude of the mob, where “they could just break in very easily and just pose for pictures and commit these acts without any kind of worry or concern about consequences.”

Vaiya described himself as “very pro-American” and said he has friends on both sides of the political spectrum and has spent time on Capitol Hill.

That’s why, he said, he went to sleep on Wednesday worried and concerned.

“Because this is the country that has dominated the political landscape since World War II, set the agenda, created these multilateral institutions [...] and I think last night was so sad. It represented to me a very worrying trend,” he said.

Mélina Villeneuve in Manchester, England, said Wednesday’s events were “a lot to process.”

Villeneuve describes herself as having French and Congolese heritage and runs an organization called Demilitarise Education. She used to live in Miami and said she feels culturally very attached to the US.

“It was almost as if we were waiting for this to happen ever since Trump announced his candidacy [...] the pot seems like it’s been boiling for ages..."

“It was almost as if we were waiting for this to happen ever since Trump announced his candidacy [...] the pot seems like it’s been boiling for ages. I initially thought that the spillover from Trump’s presidency was the Black Lives Matter protests back in the summer. I actually think this was the spillover point,” she said.

Like others interviewed for this piece, Villeneuve said it was difficult to watch the police use a different approach.

“For me, personally, this cemented the fact that experiences with police will differ depending on what the color of your skin is,” she said.

Barahmeh in the West Bank said he hopes this moment will make Americans reflect on their democracy and their role in promoting it across the globe.

“It will require the US to take a very deep look at its institutions and the framework of its society and be humble about it and not always think it’s in a position to preach to the rest of the world about democracy,” Barahmeh said.

Editor’s note: Due to an editing error, the broadcast version of this story that aired on Jan. 7 incorrectly referred to a tweet by German Chancellor Angela Merkel. The chancellor did not post that tweet and The World regrets the error.