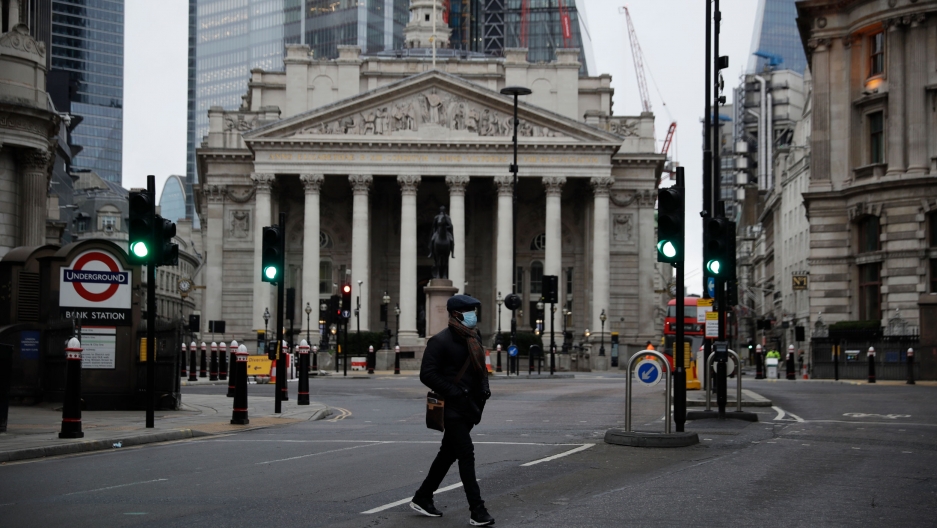 A man crosses the street backdropped by the Royal Exchange in the City of London financial district in London, Jan. 5, 2021, on the first morning of England entering a third national lockdown.

British Prime Minister Boris Johnson announced a strict new national lockdown starting midnight on Tuesday to prevent the spread of the coronavirus as the country struggles to cope with a surge in cases and a new, more contagious variant of the virus. Warning that the coming weeks in the UK would be the "hardest yet," Johnson mandated a lockdown that won’t be reconsidered until at least mid-February.

Despite the dire news, Johnson added he believed the country was entering "the last phase of the struggle" but that hospitals were buckling under the increased COVID-19 caseload more than at “any time since the start of the pandemic."

And, health authorities in Thailand are warning of a new spike in cases across the country with the government declaring 28 provinces, including Bangkok, as high-risk zones.

And, the yearslong tensions between Qatar and Saudi Arabia appears to be easing. Qatar’s ruling emir arrived in Saudi Arabia this week, following an announcement that the kingdom would end its embargo and open up airspace and its land border with the small Gulf state. The decision to open borders is the first major step toward ending the diplomatic crisis between the Arab states.

Latino communities targeted by disinformation ahead of Georgia’s Senate runoffs 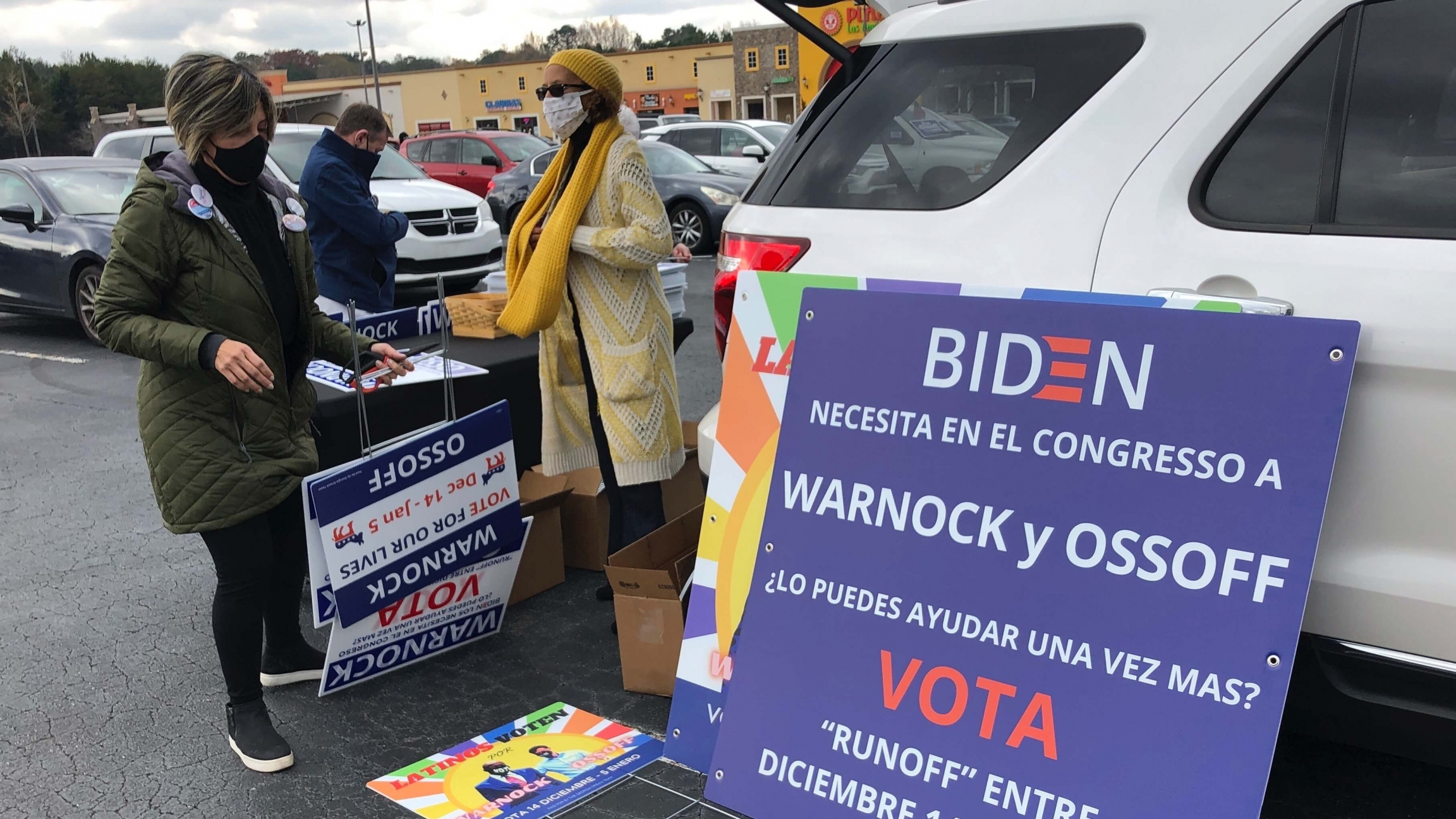 Volunteers assemble signs before a rally for Democratic US Senate candidate Jon Ossoff and former US Secretary of Housing and Urban Development Julian Castro in Lilburn, Georgia, Monday, Dec. 7, 2020.

With Georgia’s Senate runoffs set for Tuesday and control of Congress in the balance, the stakes are high. And, just like with the presidential election, there’s concern about mis- and disinformation targeting the state's voters — including its growing Latino community.

A recent report by Avaaz, a global civic organization, warned of 20 Facebook pages spreading a disproportionate amount of misinformation about Georgia’s elections. Two of the flagged pages were in Spanish and made inaccurate claims of large-scale voter fraud.

A year after the killing of a top Iranian general, US-Iran tensions remain high 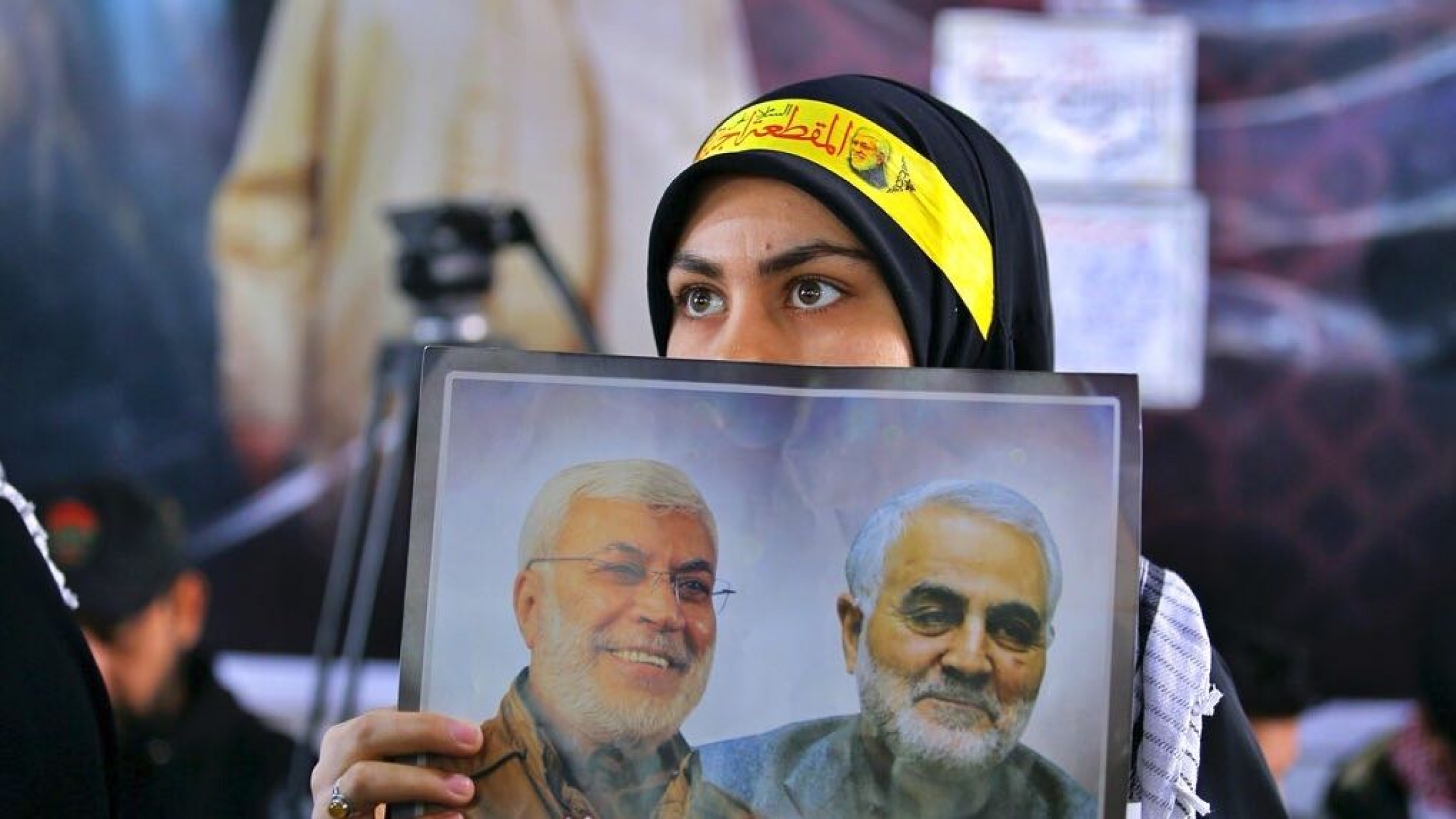 A woman holds a poster showing Gen. Qasem Soleimani, right, head of Iran's Quds force and Abu Mahdi al-Muhandis, deputy commander of the Popular Mobilization Forces, during the procession to commemorate the first anniversary of their killing by a US drone strike in Baghdad, in Najaf, Iraq, Monday, Jan. 4, 2021.

A new Icelandic tourism campaign wants people to stop compulsively checking their social media feeds for bad news and instead turn toward "joyscrolling" — which, by their definition, means enjoying soothing videos, music and images from Iceland.

Listen: Tensions high one year after US attack that killed Iran’s Soleimani 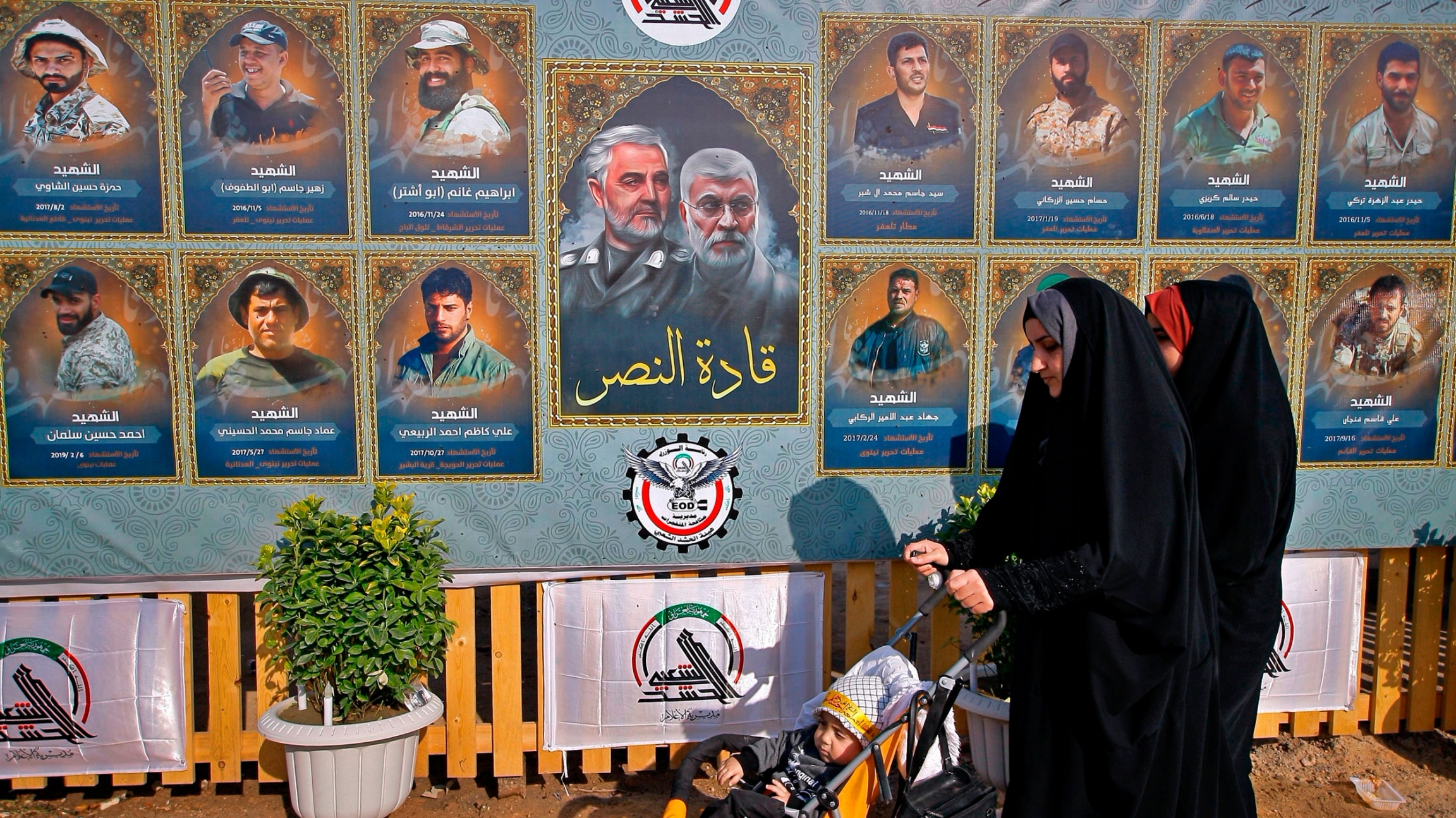 People pass by posters of Gen. Qassem Soleimani, center left, head of Iran's Quds force and fighters killed in fighting during the anniversary procession in the cemetery in Najaf, Iraq, Jan. 4, 2021.

It’s been one year since the US killed Iran’s top military commander Qasem Soleimani in a drone attack in Iraq. And, on the campaign trail, Democratic candidate Joe Biden said he would end a Trump administration program that makes asylum seekers at the US-Mexico border wait out their court cases in Mexico. President-elect Biden has walked back the timeline of his promise. So what’s next? Also, in the US, hairy crabs are seen as a menace, but in China they are a delicacy — and lately, they are selling big.