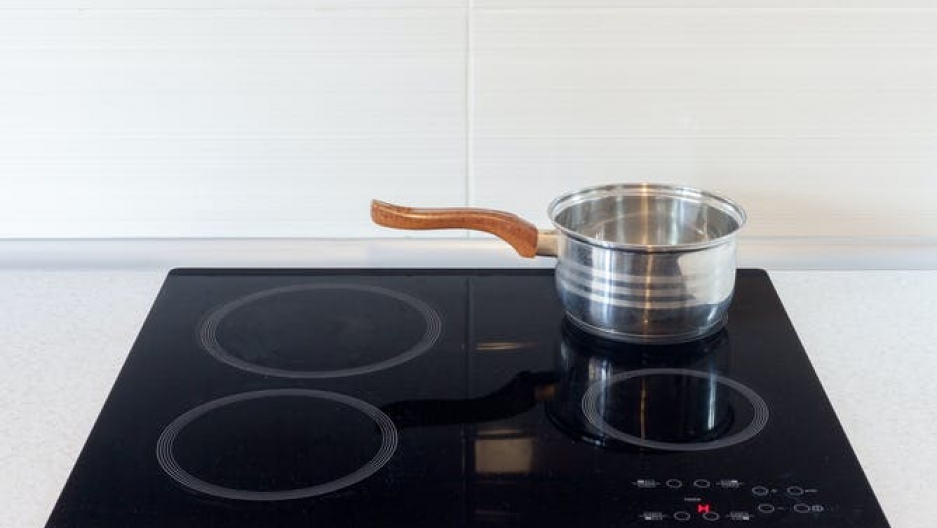 To curb climate change, many experts have called for a massive shift from fossil fuels to electricity. The goal is to electrify processes like heating homes and powering cars, and then generate the increased electrical power needs using low- or zero-carbon sources like wind, solar and hydropower.

Related: Denmark will phase out oil and gas by 2050. Here's how.

More than 30 cities in California, including Berkeley and San Francisco, have moved in this direction by banning natural gas service in most new buildings. Currently, energy use in buildings generates over 40% of San Francisco’s greenhouse gas emissions.

There are straightforward electric options for heating buildings and hot water and drying clothes, but going electric could be more controversial in the kitchen. Traditional electric stoves are notoriously slow to heat up and cool down. They also pose safety issues because their heating coils can stay hot for tens of minutes after they are shut off.

What is a serious cook to do? One high-tech alternative is magnetic induction. This technology was first proposed over 100 years ago and demonstrated at the 1933 Chicago World’s Fair. Today magnetic induction stoves and cooktops are common in Europe and Asia, but remain a niche technology in the US. As more cities and states move toward electrification, here’s a look at how magnetic induction works and its pros and cons for cooking.

Heating without a flame

Moving electric charges, like electricity flowing through wire, produce magnetic fields — zones of magnetic force around the current’s path. The Earth has a magnetic field because electric currents are flowing in its molten core.

Faraday’s discovery formed the basis for the development of electric motors. His work also demonstrated a way to heat materials without using a traditional heat source such as fire.

Where does the heat come from?

All materials have resistance, which means that when electric current flows through them, the flow will be hindered at least somewhat. This resistance causes some of the electric energy to be lost: The energy turns into heat, and as a result, the conductor warms up. In my biomedical research, we investigate using radio frequency magnetic fields to heat up tissues in the body to help the tissue heal.

Related: What Germany's energy revolution can teach the US

Instead of conventional burners, the cooking spots on induction cooktops are called hobs and consist of wire coils embedded in the cooktop’s surface. For maximum efficiency, engineers want as much as possible of the magnetic field energy produced by each hob to be absorbed by the cookware sitting on it. The magnetic field will create an electric field in the bottom of the cookware, and because of resistance, the pan will heat up, even though the hob does not.

Since induction cooktops require something to absorb magnetic fields in order to produce heat, they are intrinsically safer than a traditional electric cooktop. Placing your hand on the hob will not heat up your hand to any noticeable extent. And since these systems heat cookware without directly heating the hob, the hobs cool quickly after the cookware is removed, which reduces the risk of burns.

The cookware itself tends to warm up and cool down quickly, and temperature control is very accurate — one of the key properties that cooks value in gas stoves. Another plus is that induction cooktops commonly have smooth surfaces — often glass or ceramic —so they are easy to clean.

Modern induction cooktops are as energy-efficient as traditional electric stoves and about twice as efficient as gas stoves. But this does not necessarily mean they are less expensive to operate. In many parts of the US, natural gas is far cheaper than electricity, sometimes by a factor of three or four. This partly explains the broader acceptance of induction cooktops in Europe, where until recently natural gas was much more expensive than electricity.

Another factor that has influenced adoption is that induction stoves and cooktops typically cost more than traditional gas or electric stoves, although not substantially so. And cooks will have to replace aluminum, copper, nonmagnetic stainless steel and ceramic pots, none of which work effectively on induction cooktops. One quick check is that if a magnet sticks to the bottom of a pot, the pot will work on an induction cooktop.

Despite these factors, I expect that natural gas use reduction ordinances will lead to greatly expanded use of magnetic induction stoves and cooktops. These measures typically focus on newly constructed buildings, so they will not require expensive conversions of existing homes.

Young singles and families who move into these new residences may not yet have acquired a lot of cookware, and are likely to appreciate the safety associated with magnetic induction, especially if they have children. And early adopters who are willing to pay more for electricity from green sources, or for a hybrid or electric car, may not be upset about paying a few hundred dollars more for a magnetic induction cooktop and pans that work with it.

At the national level, the US may adopt some form of carbon pricing in the near future, which would raise the cost of natural gas. And there is also growing concern about indoor air pollution from gas appliances.

More than a century after it was first proposed, magnetic induction cooking’s day in the sun may have arrived.