If you’ve ever driven down a gravel road and a chunk of rock has ruined your windshield, you may be able to imagine just how dangerous it’s getting ... in outer space.

Space junk — debris from defunct satellites and other man-made items — is becoming a growing problem.

“As people probably realize, space is getting cluttered around the Earth. ... And we have to start being responsible and throwing away our trash.”

“As people probably realize, space is getting cluttered around the Earth,” says Josh Willis, a NASA scientist who works with satellites. “And we have to start being responsible and throwing away our trash.”

Related: Cassidy from space: 'Looking down at Earth, it's just this blue ball of peace

And that “trash” is plentiful. Thousands of defunct satellites are currently orbiting Earth at dangerous speeds, sometimes shedding debris. Per regulation, all defunct satellites have to be brought back into Earth’s atmosphere when their mission is over. There, upon reentry, they’ll burn up. But when they do, they release thousands of tiny aluminum particles that can be harmful to Earth’s environment.

Now, there's an idea from Japan for a solution. Kyoto University has teamed up with Japanese company Sumitomo Forestry to build satellites out of wood. The idea is that when they burn, they won't release the harmful aluminum particles that a traditional satellite would.

Related: What private companies could mean for NASA space exploration 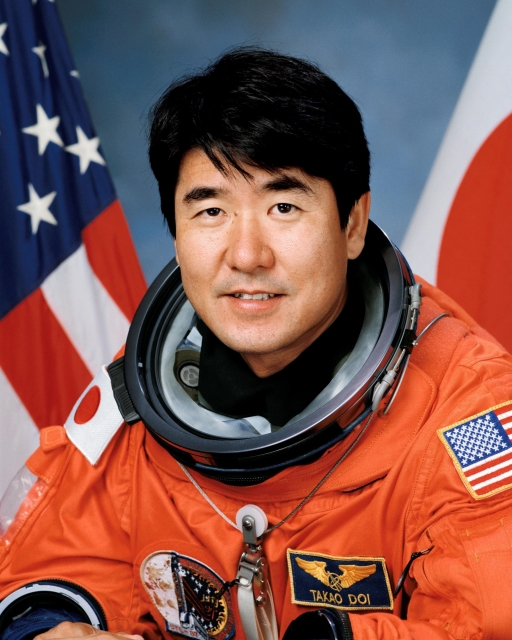 One of the people spearheading this project is astronaut and Kyoto University professor Takao Doi. Professor Doi is a veteran of two space missions, including a 2008 mission to the International Space Station where he brought a key piece of equipment from Japan. That mission marked a historic moment for the Japanese space program, JAXA.

On that mission, he also became the first person to throw a boomerang in space.

The next step? Sumitomo Forestry told the BBC that it would work on developing wooden materials suited for space — resistant to temperature changes and sunlight.