Editor's note: This story is part of "Every 30 Seconds," a collaborative public media reporting project tracing the young Latino electorate leading up to the 2020 presidential election and beyond.

Michelle Aguilar Ramirez offers a virtual tour of her new home. It’s a purple-pink house in Spokane on the opposite side of Washington, closer to the Idaho border than to Seattle, where she used to live.

“Here’s a picture of me, my mom, and my dog,” she said, pulling her phone camera to a picture frame. All three just moved to a new home. In Spokane, the rent is cheaper and they have friends and family who can help them out financially. Plus, Ramirez finally got her own room. She likes Spokane. People here are friendly for the most part, she said. 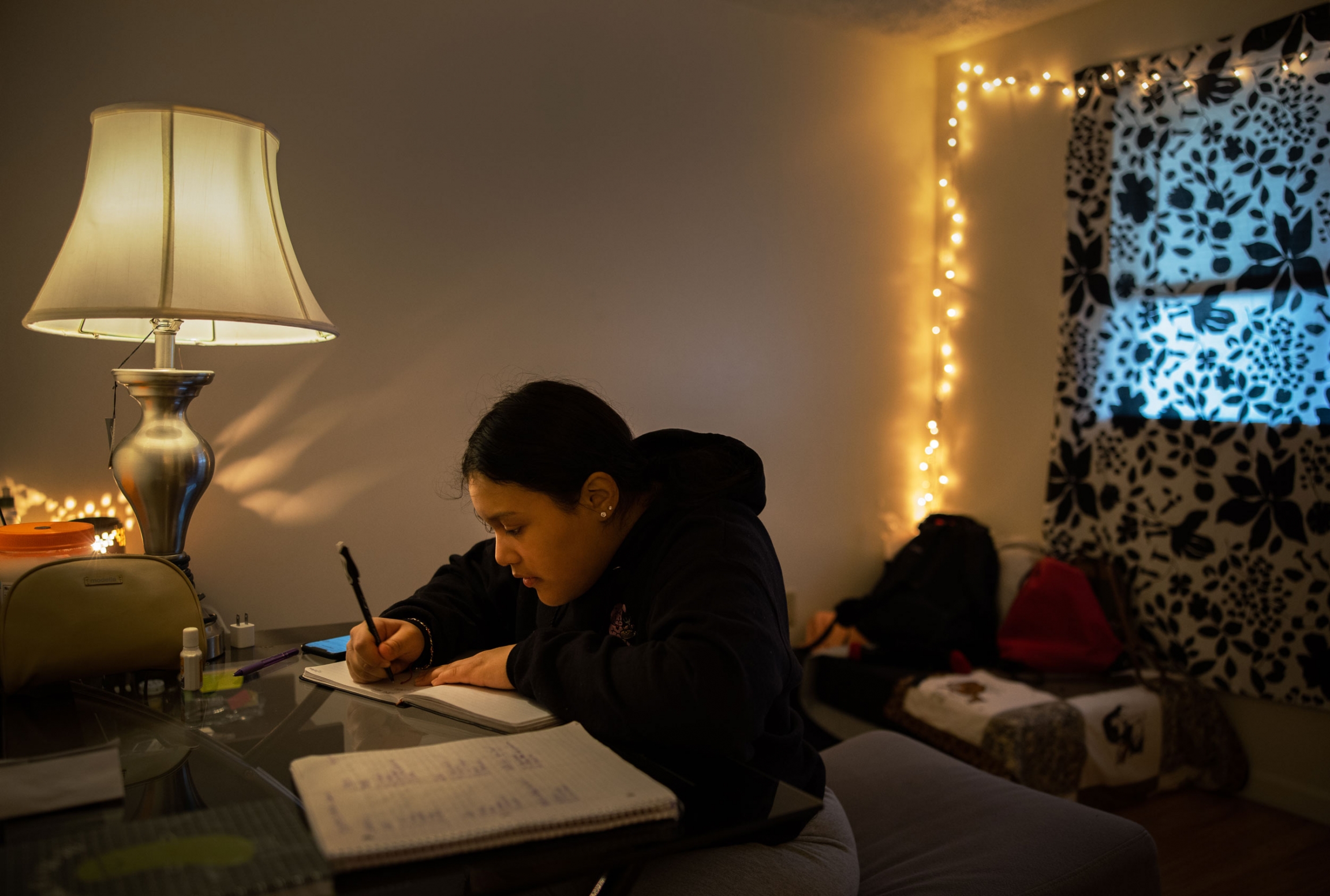 Michelle Aguilar Ramirez works on her daily journaling which she uses to help her reflect and process her life, in her room in Spokane, Washington.

But Ramirez noticed that for the first time, she has more conservative neighbors compared to Seattle. When she first moved to Spokane, she said that her waves of “hello” were met with empty stares. It was an experience that Ramirez shared with other Latinos like her who are trying to find their place in a nation that has not always been welcoming to immigrants.

“The block that’s in front of me, I avoid intentionally. ... My dog always wants to walk that way but I don't because one of the houses on that side has confederate flags.”

“The block that’s in front of me, I avoid intentionally,” Ramirez said. “My dog always wants to walk that way but I don't because one of the houses on that side has confederate flags.” The neighbors also had a “Make America Great Again” flag on their truck, but they have taken that down since the election. 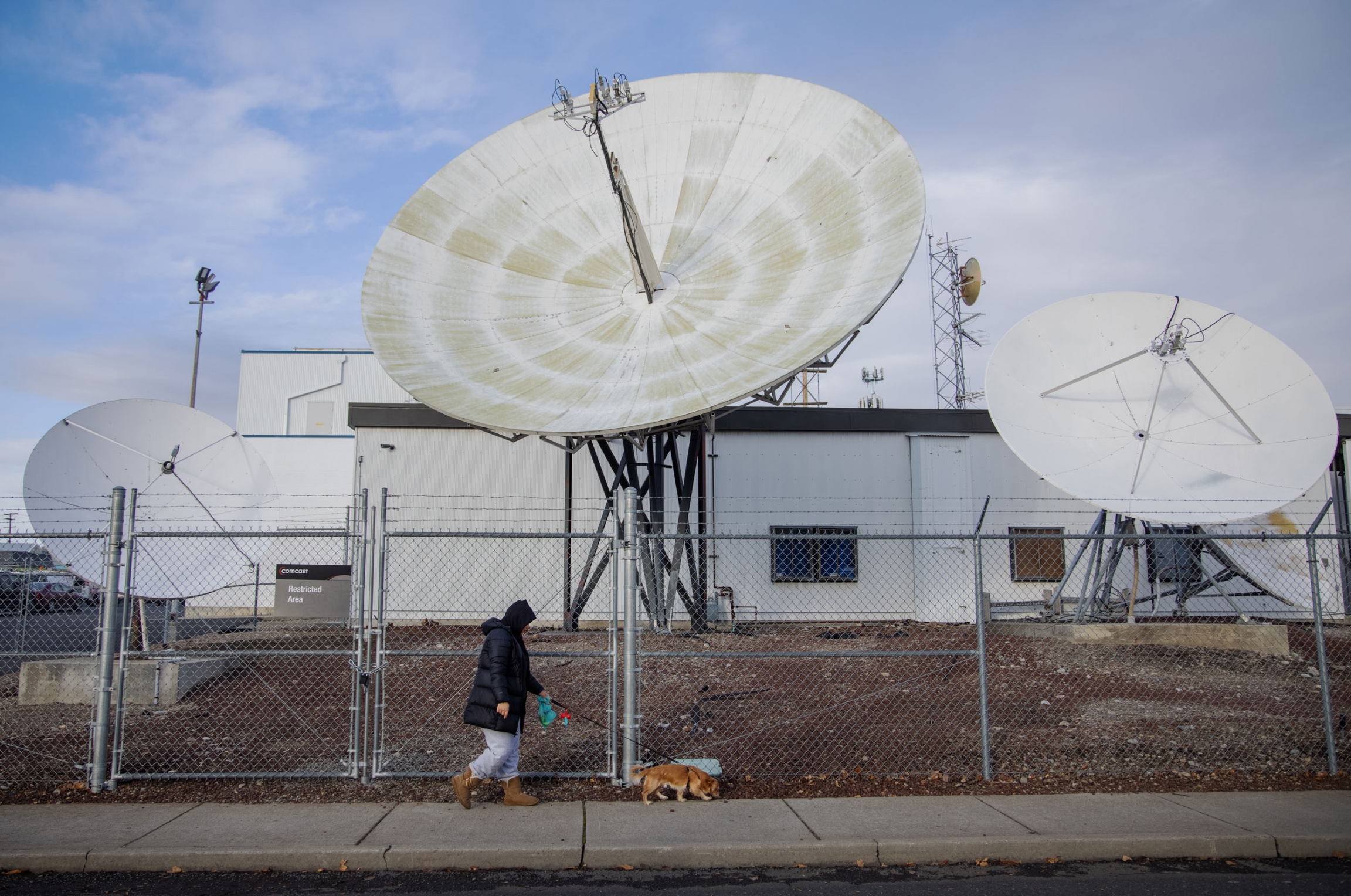 She thinks her family might be the only Latinos on that block. Latinos make up only about 6% of the population in Spokane, and Black residents are just 2%.

The simple act of walking a dog feels like higher stakes for Ramirez, whose family is from Guatemala, and some have mixed immigration status. She worries that a small dispute among neighbors could result in a call to US immigration officials.

Ramirez voted for President-elect Joe Biden. Her neighbors don’t know that but in a polarized country, symbols like flags or bumper stickers can signal charged political affiliations, leaving Ramirez feeling guarded. She said she now makes a conscious choice to use English instead of Spanish when she’s out grocery shopping and avoids certain blocks in her neighborhood where she doesn’t feel safe.

“I feel ashamed for saying this but I don’t really like speaking Spanish out here, because I know people stare."

“I feel ashamed for saying this but I don’t really like speaking Spanish out here, because I know people stare,” she said. 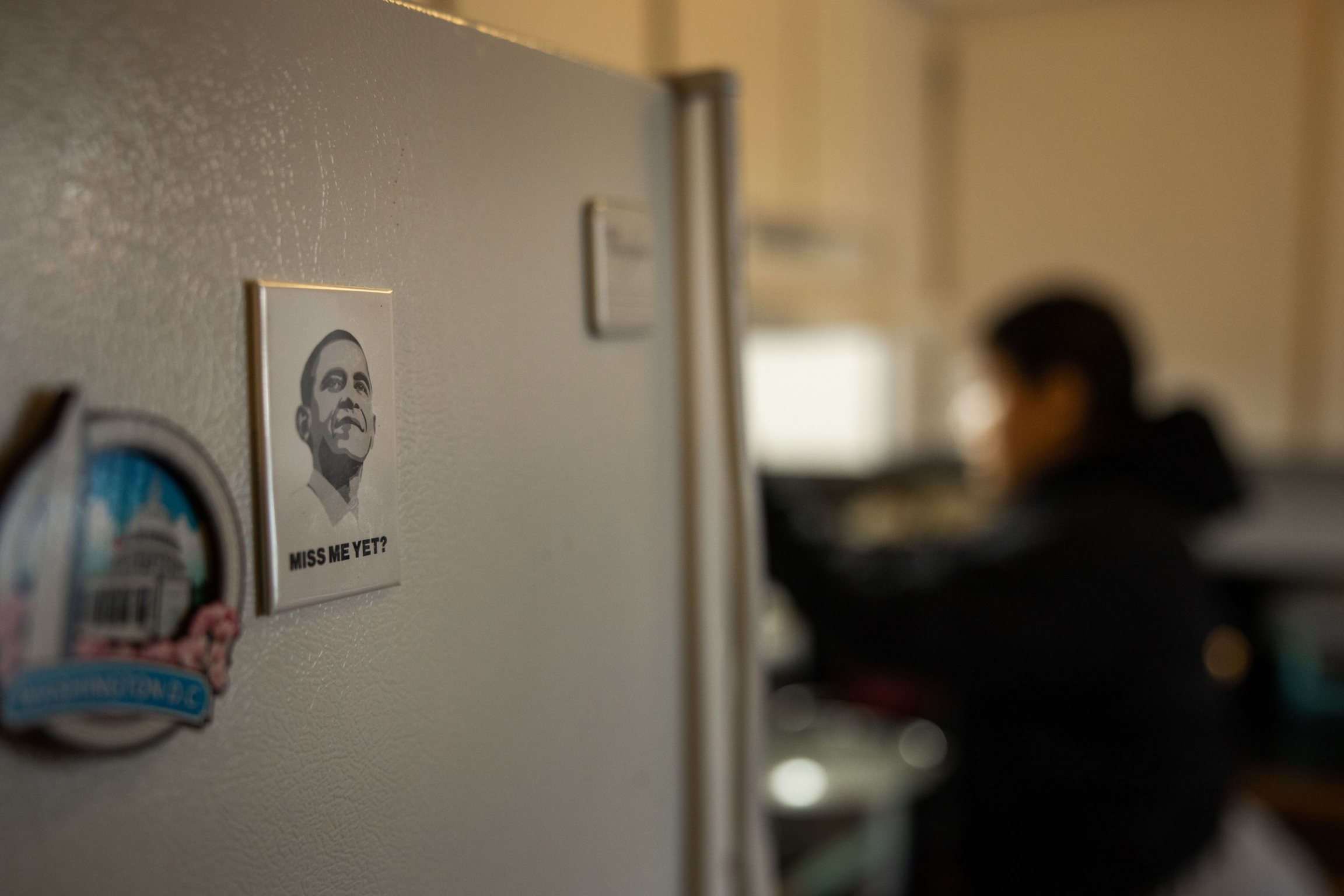 Michelle Aguilar Ramirez cleans the kitchen at her home that she shares with her mom in Spokane, Washington.

José Campos, a Spokane resident originally from Ecuador, was not surprised when he heard about Ramirez’s experience. He has had similar experiences at work and out shopping, he said.

“It’s always been a Republican kind of city. ... This year, between Trump and Biden, was the first year it’s been close from switching."

“It’s always been a Republican kind of city, “Campos said. “This year, between Trump and Biden, was the first year it’s been close from switching,” he said.

Campos is also part of a community group called Latinos in Spokane, which connects Latinos in the city to resources and each other. During his time in Spokane, Campos has seen the gradual change in the city, with more Black and brown faces.

With demographic changes, there have been political shifts, too. 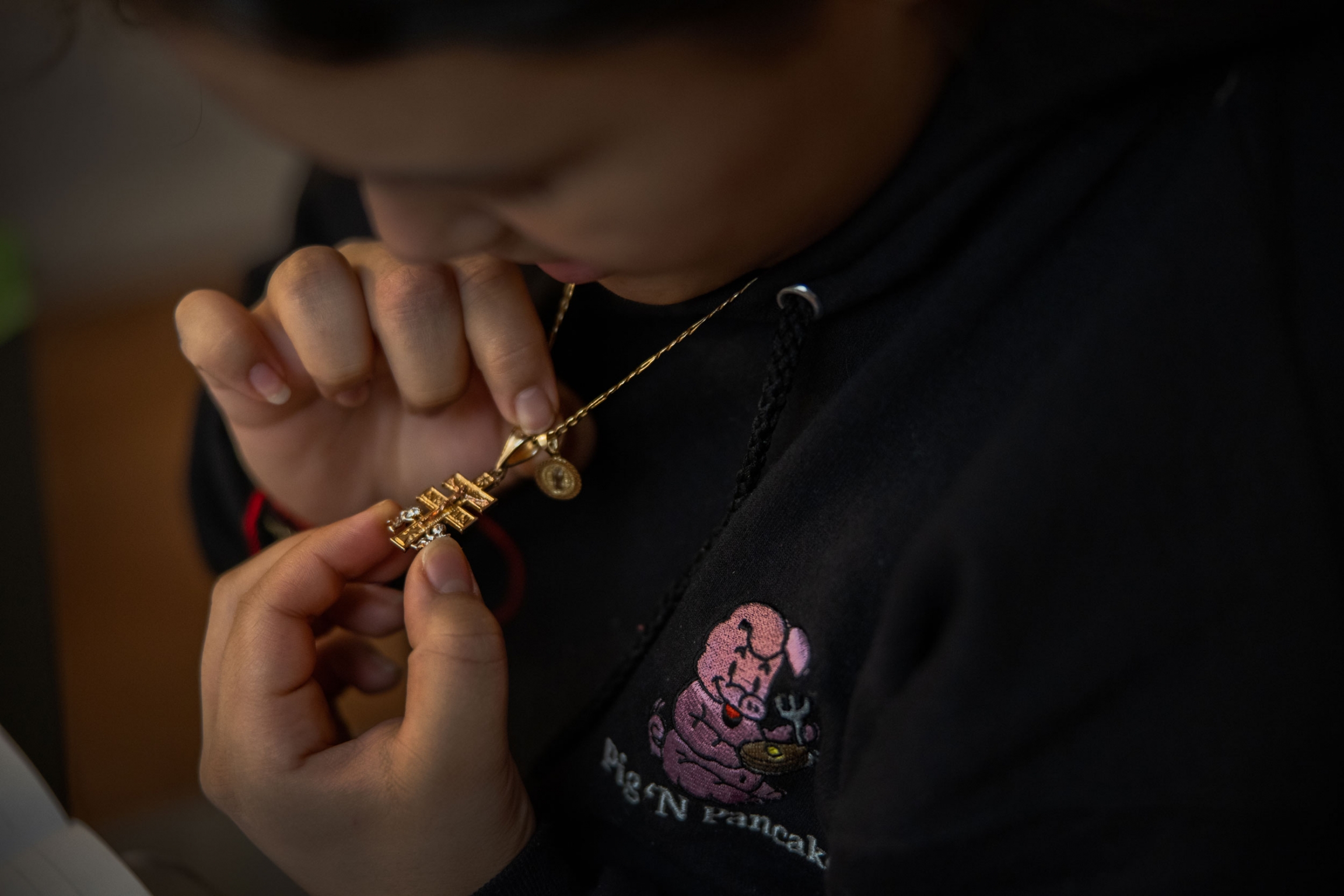 Michelle Aguilar Ramirez looks at a cross called the Caravaca de la Cruz, which she says she wears to bring good fortune and inner peace, at her home in Spokane, Washington.

President-elect Joe Biden pledges to heal political divides stoked even further by the recent election. Healing will take time and good faith efforts. Many in Spokane are willing to do that work, but others are opposed.

Related: Here's how 8 young Latino voters view the 2020 US election

Earlier this month, Spokane Public Radio reported on a man who attempted to bomb the Democratic Party’s city headquarters. He walked in with a backpack and told staff he had a bomb. It was a false alarm and no one was hurt, but it was a stark reminder of ongoing political tensions.

For Ramirez, these incidents and her experiences so far have changed her mind about where she wants to go to college. Previously, she had eyed two universities nearby. Now, she doesn’t think she can live in Spokane long-term. 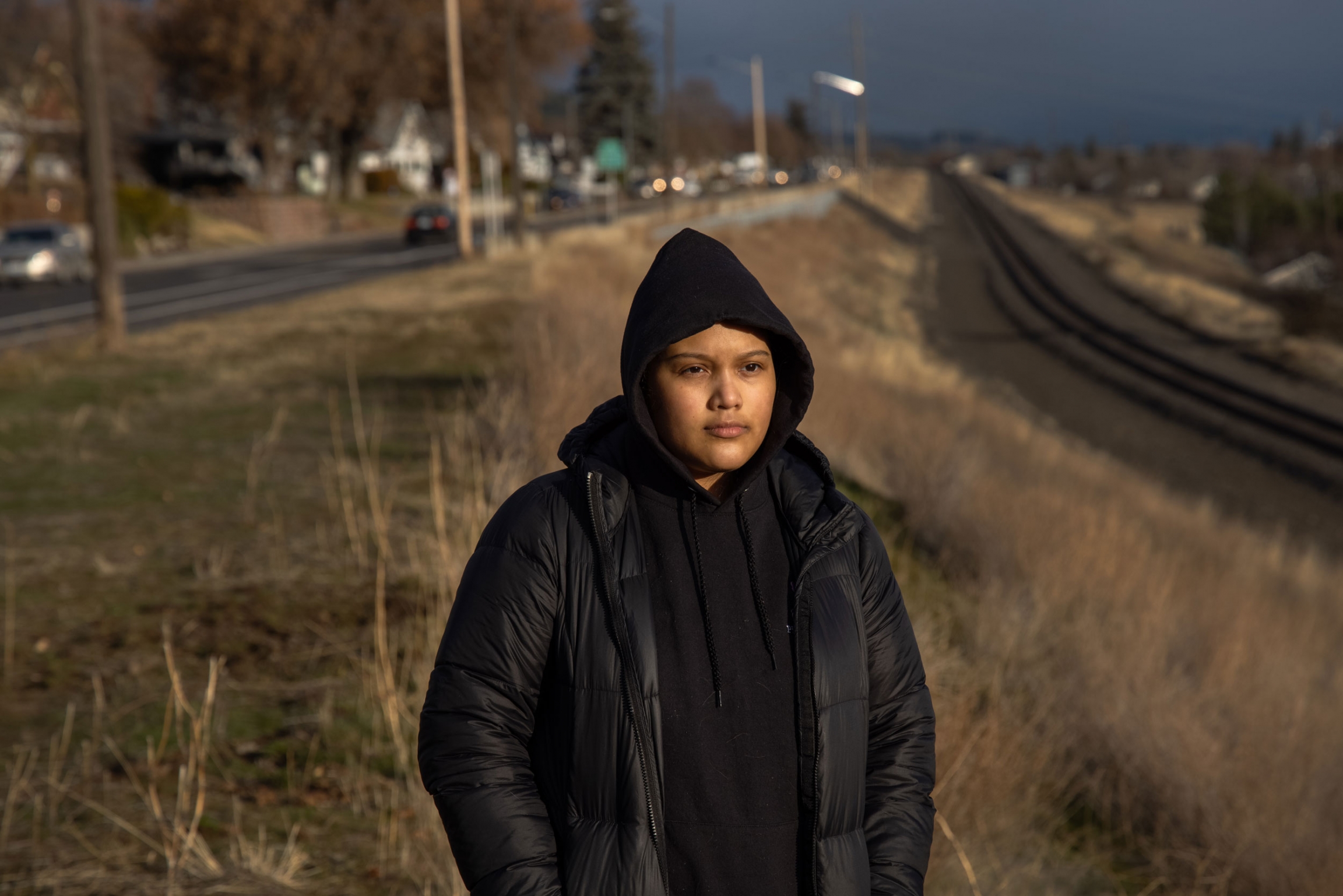 “I already got my fair share of the experience,” she said. “I already know that I'm not going to like anything.”

She is now considering a move back to Seattle or Tacoma, where, she said, she doesn’t have to worry about what language she speaks.