Every year, Italian restaurant owner Livia Zoe Bizzarri heads to her grandparents’ house in Rome for a Christmas Eve feast.

They eat an array of fish dishes, like spaghetti alle vongole, as is traditional in Italy on this day, followed by desserts like torrone, panettone and chocolate. But not this year. For the first time ever, Bizzarri says, the family will not gather together at her grandparents’ home. It just doesn’t feel safe, she says.

Bizzarri runs Trattoria Da Lucia in the Trastevere area of Rome with her sister, Elisa. Last Saturday, the Italian government ordered all bars and restaurants to close from Dec. 24 to Jan. 6, as part of the latest COVID-19 restrictions. What is usually one of the busiest seasons for the Bizzarri sisters will now be a painfully quiet time. The tourists that normally descend on Rome in the run-up to Christmas are also largely absent, Bizzarri says.

“In two weeks, I've seen just one French family and a couple of tourists.”

The Italian prime minister is following in the footsteps of many of his Western counterparts imposing a lockdown across the Christmas holidays. The restrictions are having a profound impact all over Europe: Christmas markets in Germany have been canceled for the first time since World War II, pantomimes in British theaters are going online for the first time ever and even the pope’s midnight mass in the Vatican on Christmas Eve is being brought forward to comply with a local curfew.

In the coming months, Bizzarri says, her aim is just to keep her head above water. Da Lucia restaurant was started by her great grandmother in 1938, and closed only once during World War II when the city was bombed. It shut down for the second time last March when Italy went into lockdown. Bizzarri says all she wants now is to continue her great-grandmother’s legacy.

“The big fear was that I would have to close, after 82 years. So now, I just hope to be open for the next few years.”

‘The magic of theater is lost’

German business owners are experiencing similar pains. In Germany, a strict lockdown is already in place with only essential shops allowed to open. Christmas markets, an intrinsic part of the German Christmas, have been broadly banned, and the popular Gluhwein stalls ordered to close. Berlin’s famous theater, the Friedrichstadt-Palast, has been dark since last March.

Theater director Berndt Schmidt says they took a decision at the start of the pandemic to conduct renovation works that weren’t scheduled until 2022. But the venue has still taken a huge financial hit.

“We are losing approximately 2 million euros [$2.5 million] every month, close to 90% of our earnings,” Schmidt said.

Watching theaters go dark across the country has been traumatic, he says.

“The magic of theater is lost because we can no longer sit next to a stranger in a darkened room and appreciate a stage performance together.”

“The magic of theater is lost because we can no longer sit next to a stranger in a darkened room and appreciate a stage performance together,” he said.

Schmidt is philosophical about the past nine months, despite watching profits plummet. It’s been a historic year, he says, where we’ve all learned so much about ourselves. But previous generations had it so much harder, he added.

“Like my grandparents, your grandparents, all the people fighting in wars all over the world have seen much worse times than we had this year. So, everything is good.”

Then again, the German theater director laughed, “I never want to relive 2020.”

That resonates with actor and director Iain Lauchlan, in Coventry, in central England. Lauchlan has been a dame in Belgrade Theatre’s Christmas pantomime for 26 years. The panto is about as traditional as it gets in Britain at this time of year. The stage show where performers act out children’s stories is a big family event involving lots of audience interaction. In other words, it goes against all the rules of staying safe in the age of the coronavirus. This year, Lauchlan decided to try and bring the panto to the community in another way: recording the show and making it available online.

“It’s the story of 'Jack and the Beanstalk,' but in lockdown, with the giant trying to use Zoom,” he laughed. 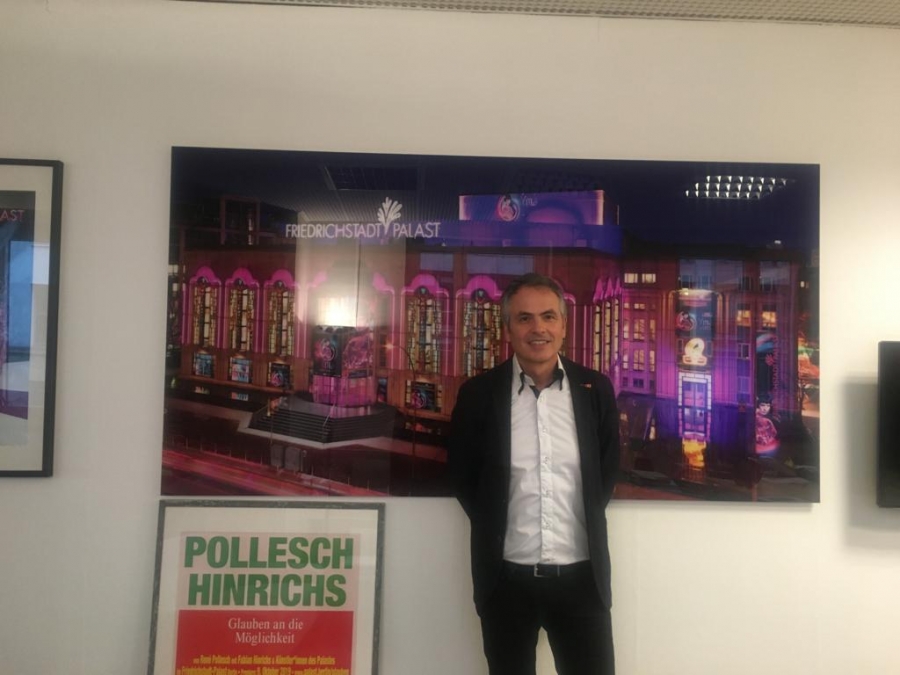 The actors were divided into three separate bubbles to rehearse. Lauchlan says he’s happy with the result but nothing beats performing in front of a live crowd.

“Of course, we miss the live audience because they’re so much a part of it. [There's] just nothing like it, you know.”

“Of course, we miss the live audience because they’re so much a part of it. [There's] just nothing like it, you know.”

A new strain of the virus

Coventry is under the country's Tier 3 restrictions, which means bars and restaurants are shut but shops can remain open. The region knows those restrictions may soon be tightened. London and surrounding areas in southeast England went into a sudden strict lockdown last weekend, as cases of COVID-19 were found to have soared in the capital following the discovery of a new strain of the virus.

For many Londoners, it means Christmas has effectively been canceled. Those planning on leaving the city to head home to be with their families are not allowed to go. Travel bans imposed on Britain by over 50 countries mean that those intending on spending Christmas abroad can no longer do so. 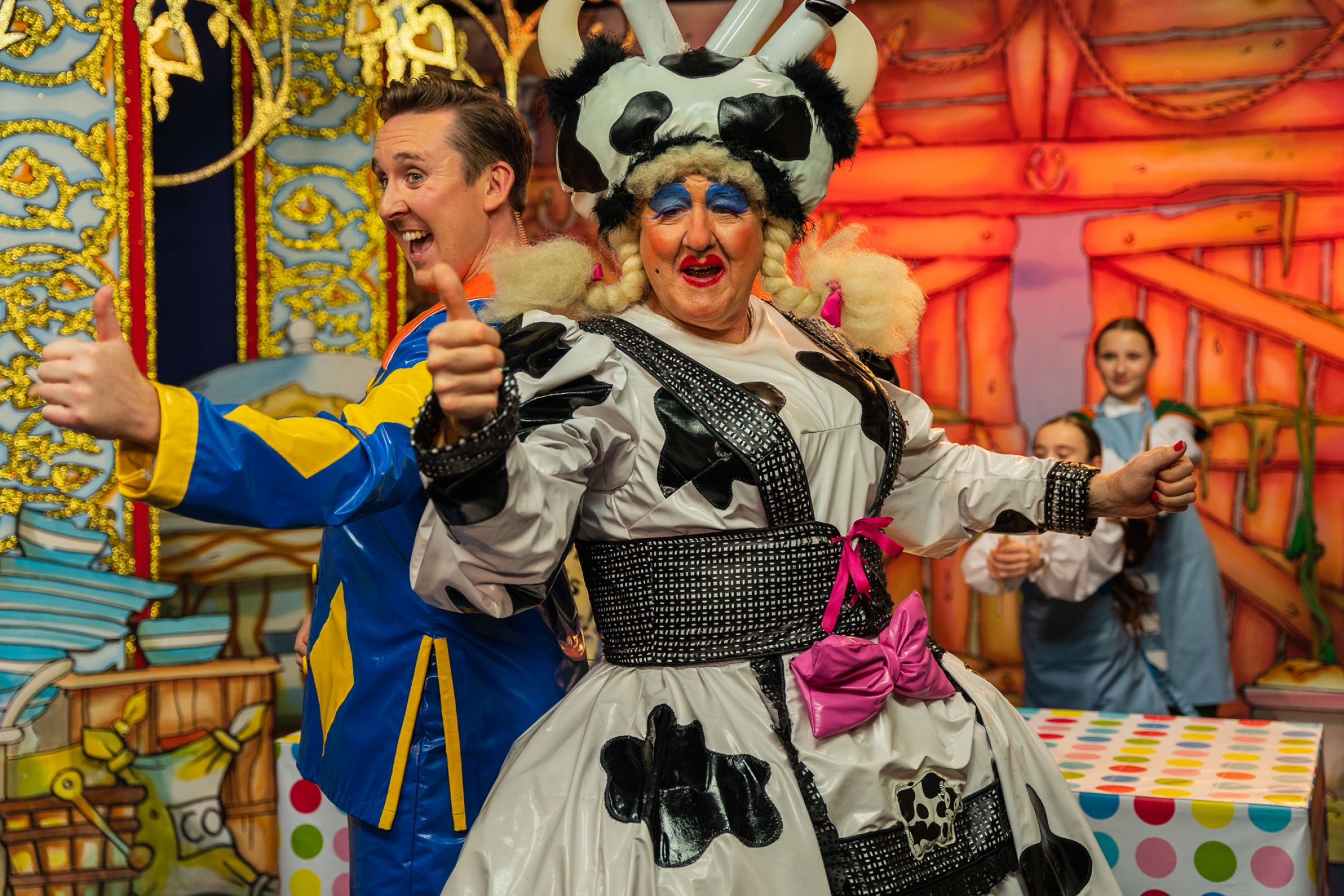 Craig Hollingsworth (Simon Trott) and Iain Lauchlan (Dame Trott) usually perform in the UK's Belgrade Theatre’s Christmas pantomime before a live audience — but not this year.

The West End in London, which is usually abuzz at this time of year, is once again under lockdown. With all theaters, bars and shops shut, the British capital has become an unfamiliar ghost town, albeit still ablaze in Christmas lights.

In Paris, too, actors and performers are feeling the strain of yet another lockdown. Theaters and concert halls were scheduled to reopen ahead of Christmas, but the prime minister recently reversed the decision, sparking street protests in the French capital. While a full lockdown is not in place, there is a nationwide curfew starting at 8 p.m. each evening that will be lifted on one day only — Christmas Eve.

Longing for a time ‘BC’ — ‘Before Corona’

In the Netherlands, a five-week lockdown introduced earlier this month closed all but essential shops. It’s the strictest lockdown imposed on the country since the start of the pandemic.

Herman Hell, who owns 12 bars and restaurants in four cities in the Netherlands, says the restrictions go against the Dutch character.

“The nature of our people is to be free, so we're not very good at following the guidelines.”

“The nature of our people is to be free, so we're not very good at following the guidelines.”

But Hell, whose bars have been shut since mid-October because of COVID-19 restrictions, says he welcomes the stricter rules.

“It's good that they take the measures because by closing almost everything, I hope the virus will be gone sooner. And the sooner the virus is gone, the sooner we can open our industry again,” he said. 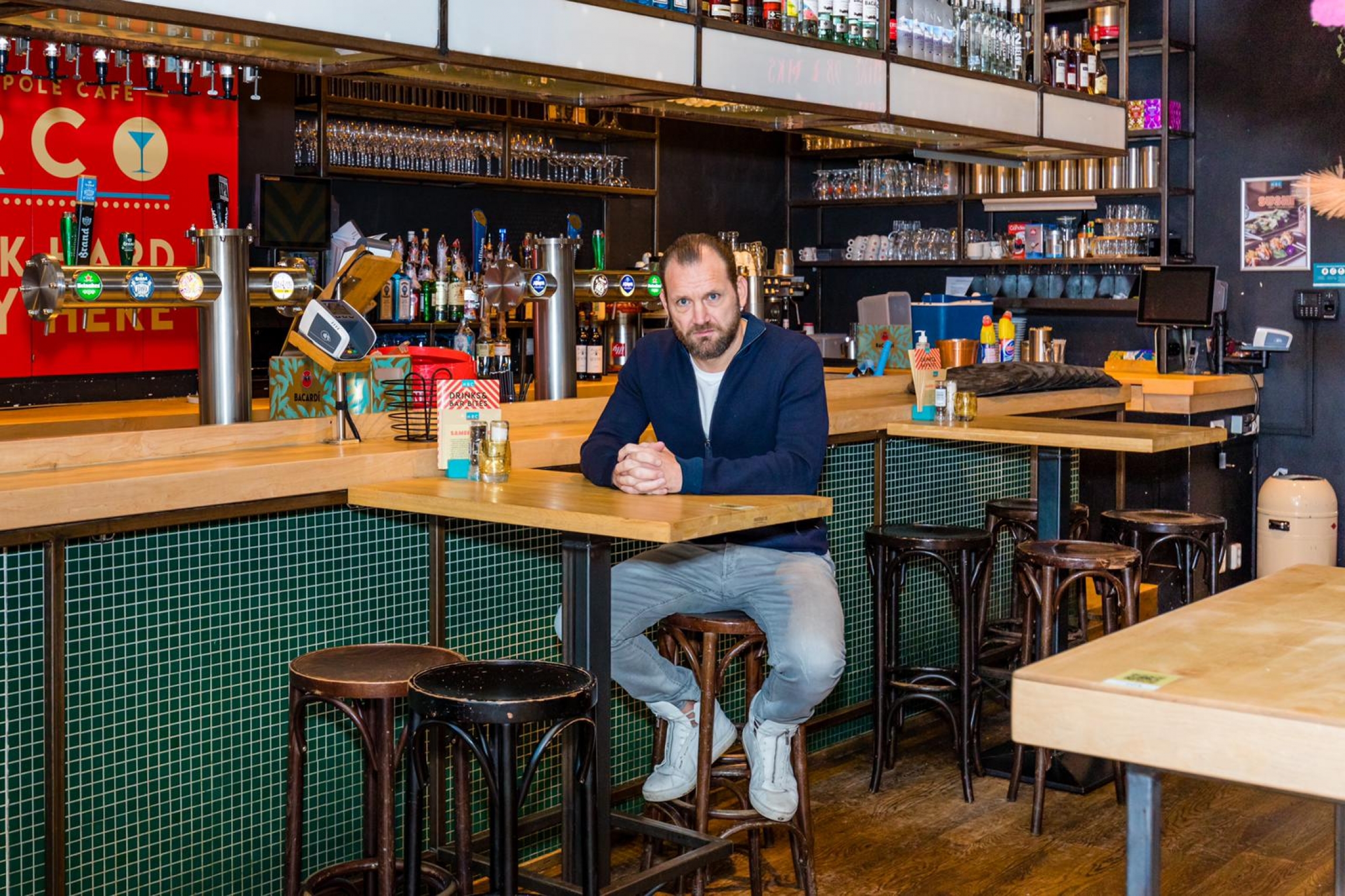 The restrictions have hit Hell hard, with takings down 60%.

The Dutch entrepreneur says this is the first year that work has really felt like work. Usually, Hell says, he loves what he does. But now, he says he is just longing for life to go back to what it was “BC,” as he calls it jokingly — “Before Corona.”