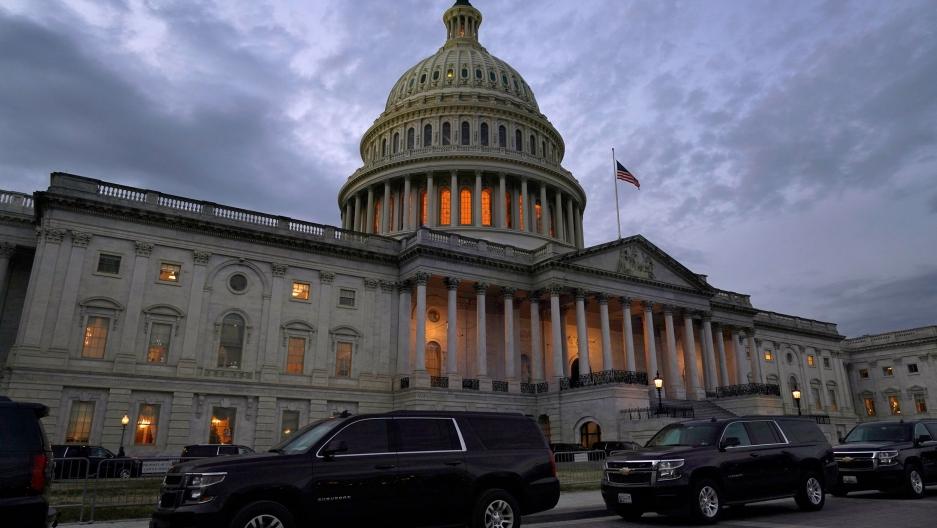 Additional countries have closed their borders Monday to the United Kingdom, as officials try to stop a highly infectious new strain of the coronavirus from spreading. The new restrictions are causing a global panic and travel chaos, introducing the prospect of a food shortage in Britain just several days before Brexit takes effect.

India, Hong Kong, Russia, Poland and Switzerland banned travel for people from the UK, as British Prime Minister Boris Johnson cautioned that the mutated variant was 70% more contagious. In all, more than 30 nations in Europe and across the world have now suspended travel with the UK. But Adm. Brett Giroir, on the White House Coronavirus Task Force, said on ABC News’ “This Week” that a ban on US travel to the UK wasn’t in the works. “I really don't believe we need to do that yet.”

Australia said two people who flew from the UK to the state of New South Wales were carrying the mutated virus, which has also been identified in Denmark and the Netherlands. EU officials are holding a meeting Monday to coordinate their response, as Britain tries to ensure the continuation of freight trade in and out of the country. French authorities sealed off the country to UK travelers and trucks.

In an abrupt turnabout, Prime Minister Johnson nixed Christmas plans over the weekend, though he said there was no evidence the new strain causes more severe illness. The new strain’s discovery has alarmed health officials and the general public, just as the COVID-19 vaccines have begun to roll out across the world.

Pfizer and Moderna are both testing their COVID-19 vaccines against the new faster-spreading mutated variant in the United Kingdom. Pfizer is currently “generating data” on how blood samples from immunized people can neutralize the new strain. And Moderna said it expects immunity from its jab to protect against the more contagious new strain. Known by some scientists as the B.1.1.7 lineage, the mutation is up to 70% more transmissible than the previously dominant version of the virus.

And, on the 32nd anniversary of the Lockerbie bombing of Pan Am Flight 103 over Scotland, the US has charged the bomber, Abu Agila Mohammad Masud, with terrorism-related crimes. The 1988 attack on a Boeing 747 killed 270 people, of whom 190 were Americans. Prosecutors seek to extradite the Libyan defendant, allegedly an ex-intelligence operative who carried out the mission at the behest of Muammar Gaddafi. 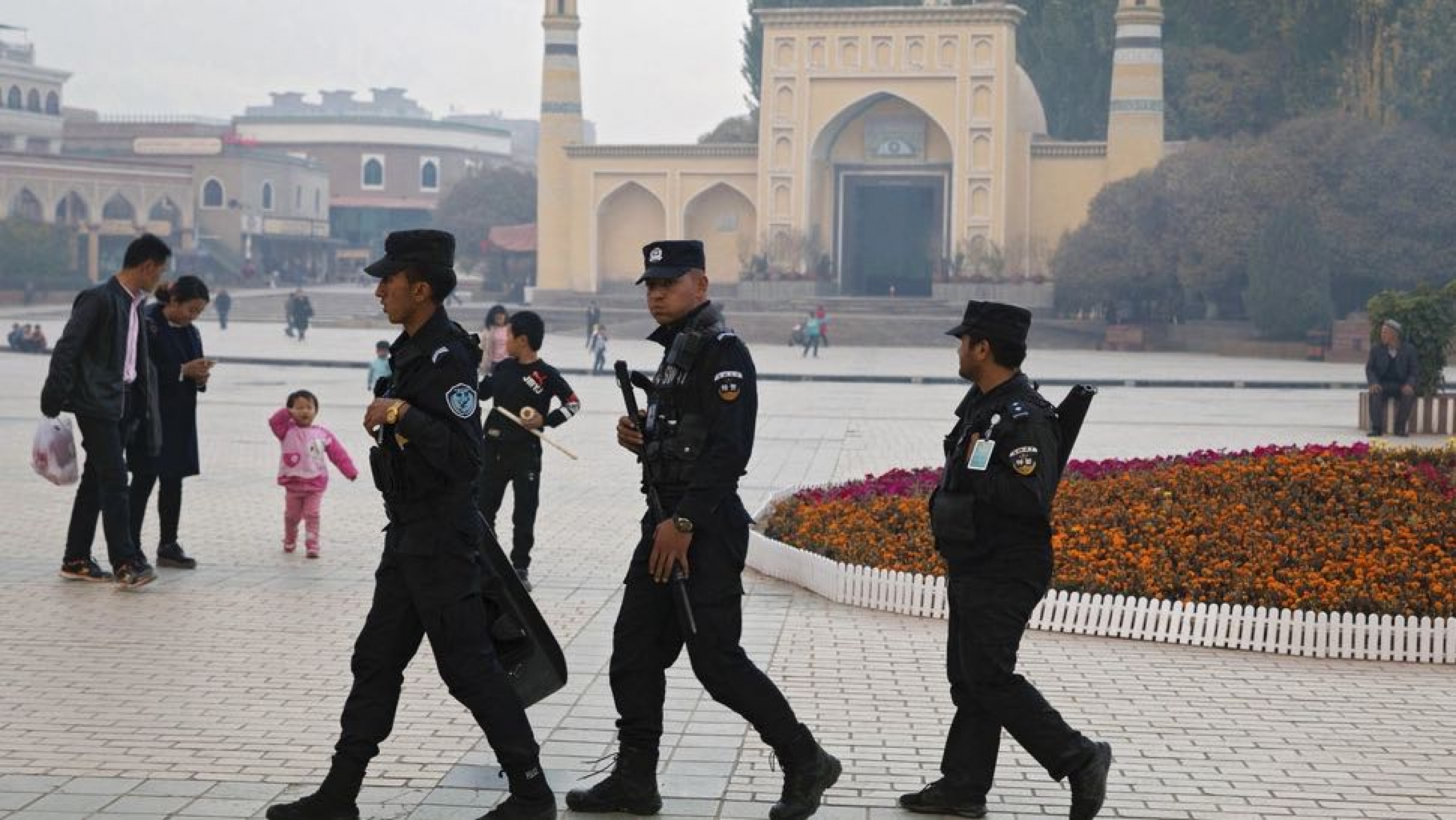 Uighur security personnel patrol near the Id Kah Mosque in Kashgar in western China's Xinjiang region, Nov. 4, 2017. A Chinese Communist Party official signaled Monday, Dec. 21, 2020, that there would likely be no let-up in its crackdown in the Xinjiang region, but said the government's focus is shifting more to addressing the roots of extremism.

For several years, Beijing repeatedly denied allegations of genocide. But some recent developments suggest 2021 may see a breakthrough in the Uighurs’ long struggle for justice, with help from a new group of international lawmakers. 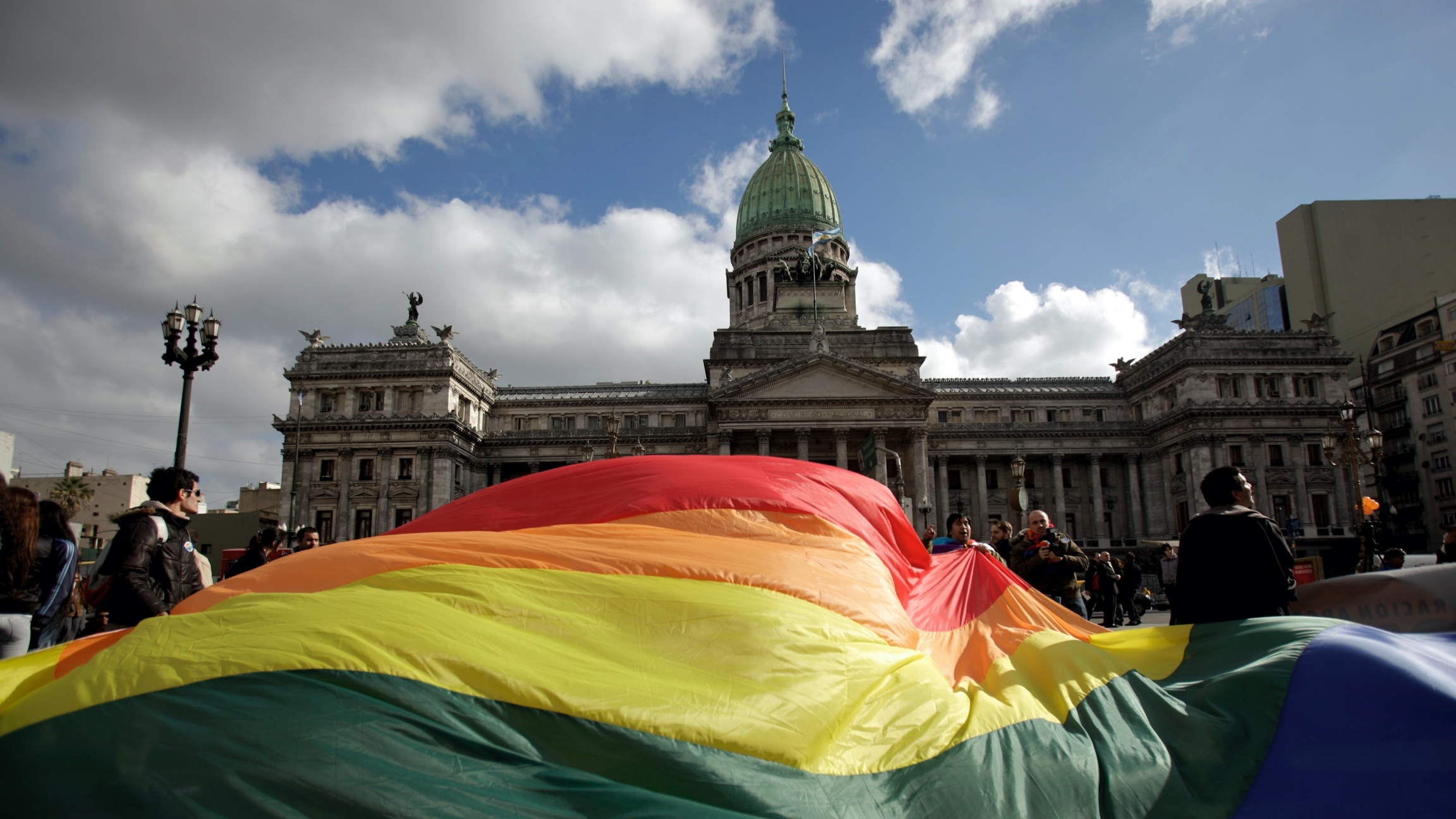 Demonstrators wave a gay pride flag outside Congress in support of a proposal to legalize same-sex marriage in Buenos Aires, Argentina, July 14, 2010.

LGBTQ and feminist activists have spearheaded a movement to use the letter “e” to diverge from the binary structure of masculine "o" or feminine "a" in Spanish.

But the Royal Spanish Academy, the leading authority on Spanish grammar and vocabulary, has yet to recognize the need for this shift.

Four sisters in Wiesbaden, a city about 25 miles west of Frankfurt,  decided to make use of all of the extra time they had under Germany's first lockdown. So they created a board game where players compete to buy all the groceries on a shopping list for an elderly neighbor. Now the game, “Corona – the rush to the shops,” has become so popular in Germany that the family has enlisted the help of professional designers and distributors and has sold 2,000 games.

At a loose end during Germany’s first lockdown, these sisters put their long hours indoors to good use – by inventing a coronavirus board game 🎲 https://t.co/k7JIIaf97I pic.twitter.com/ZVAWwLt5fJ 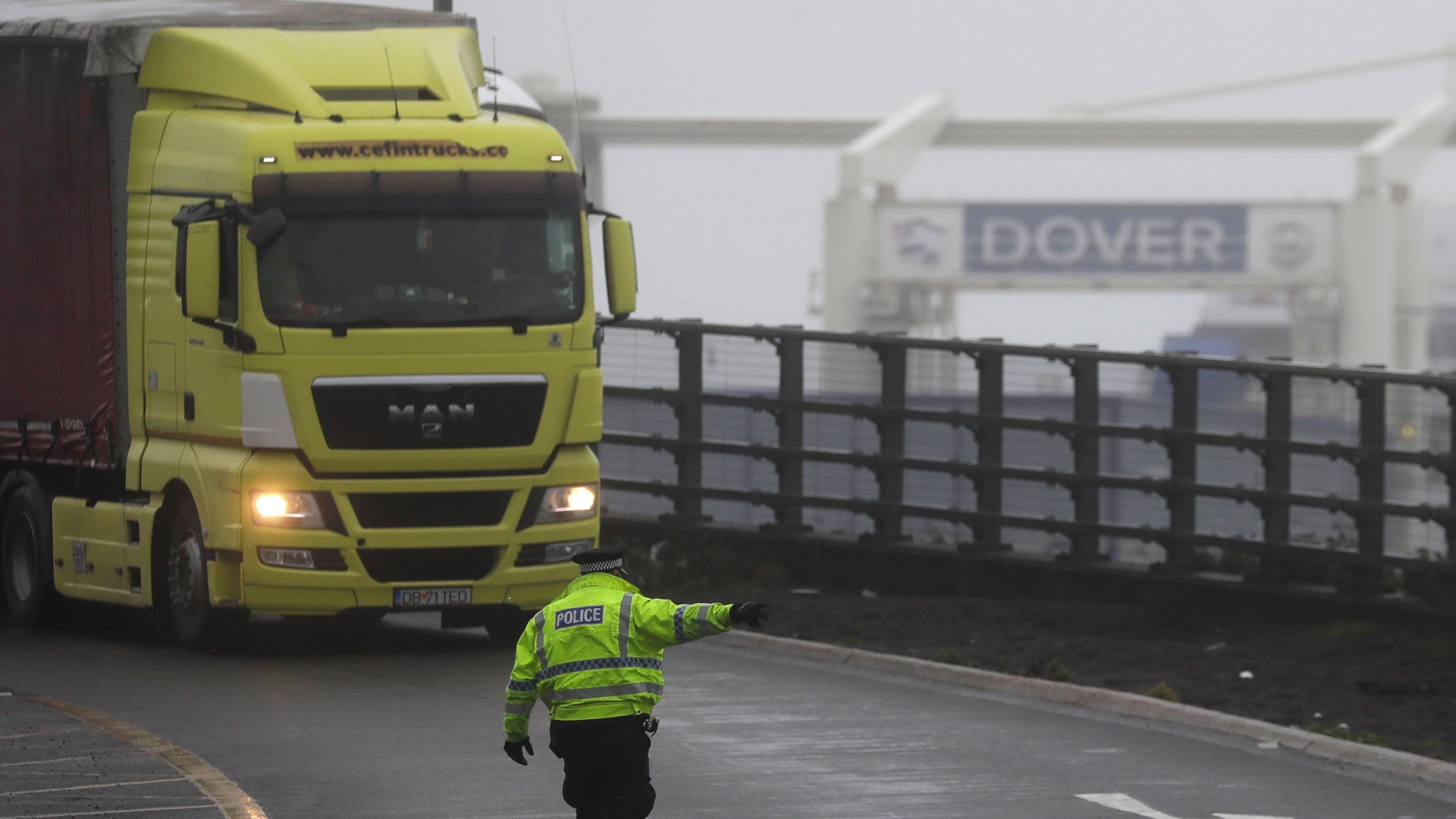 A police officer directs traffic at the entrance to the closed ferry terminal in Dover, England, after the Port of Dover was closed and access to the Eurotunnel terminal suspended, Dec. 21, 2020.

Over 40 countries worldwide have now banned travelers from Britain over concerns about the spread of a new, more contagious variant of the coronavirus. Also, this past summer, Russian dissident leader Alexei Navalny was poisoned. Over the past two weeks, a joint news investigation is shedding light on many of the missing details about this attack. The "Jurassic Park" film series is the inspiration for a planned tourist center on the Indonesian islands where the Komodo dragon lives. Officials say a park will bring in more profits but environmentalists are raising concerns the park will ruin the lizards' habitat.