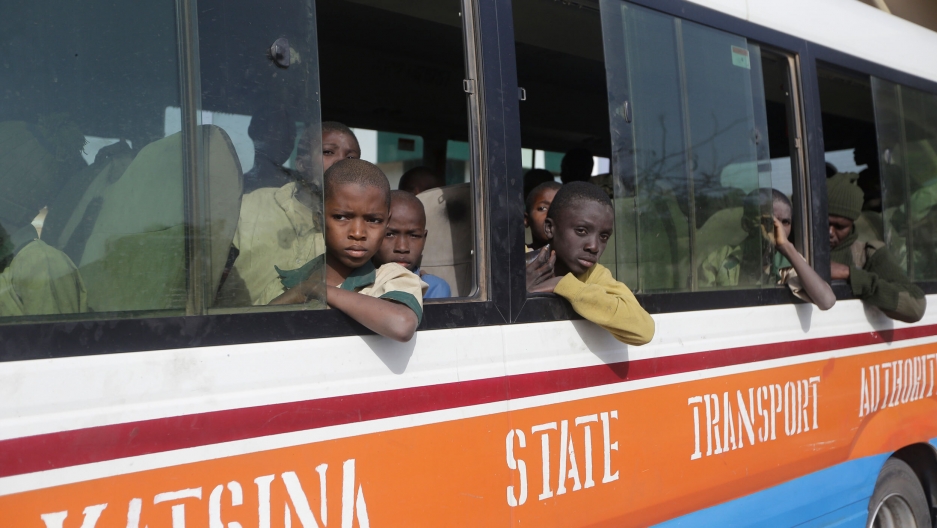 A group of schoolboys are escorted by Nigerian military and officials following their release after they were kidnapped last week, Dec. 18, 2020, Katsina, Nigeria.

Several hundred schoolboys abducted in northwestern Nigeria have been freed, according to local officials. The Nigerian military rescued 344 of the kidnapped children Thursday evening, and the boys were received by the Katsina state governor Aminu Bello Masari at the state capital. His spokesman said that Boko Haram was not involved, but that “bandits” pretending to be in the Islamist terror group were responsible — a claim that has yet to be verified.

Nigerian President Muhammadu Buhari tweeted that the return of the boys was “a huge relief to the entire country & international community.” He also asked citizens to let the government do its job, as many Nigerians have become more critical about the country’s worsening security problems.

"Our administration is fully aware of the responsibility we have to protect the lives and property of all Nigerians,” Buhari wrote. “I ask Nigerians to be patient and fair to us as we deal with the challenges of security, the economy, and corruption. We will not relent.”

The enormous relief of their release comes six days after the boys were taken from their dorms at Kankara Government Science Secondary School. The abduction was agonizingly similar to the 2014 abduction of 276 schoolgirls in Chibok in Nigeria’s northeast by the terrorist group Boko Haram. One hundred of those girls remain lost. The newly returned schoolboys were safely packed onto the backs of trucks, many dazed but some smiling widely as they returned home. Nigerian officials said the students would be outfitted with new clothing before meeting with Buhari later on Friday.

Chairman of the Joint Chiefs of Staff Mark Milley held an unannounced meeting with Taliban officials in Doha, Qatar, this week to discuss military aspects of the US-Taliban agreement signed in February. Milley then flew to Kabul, Afghanistan’s capital, to speak in person with Afghan President Ashraf Ghani about how both sides could reduce violence. While no breakthrough occurred, the talks represent a remarkable milestone in the evolution of a 19-year conflict — America’s top general sitting down face-to-face with Taliban representatives.

And, outgoing US Vice President Mike Pence received a COVID-19 vaccine on live television Friday morning in an effort by the federal government to boost confidence in the inoculation process. The Pfizer-BioNTech shot was also given to his wife, Karen Pence, and Surgeon General Jerome Adams. Pence referred to the jab as a “medical miracle.” Meanwhile, an FDA panel endorsed US company Moderna’s vaccine, which uses the same messenger RNA technology — paving the way for emergency use authorization. Also on Friday, the COVAX alliance said it had doubled its supply to nearly 2 billion doses intended for low- and middle-income countries around the globe. 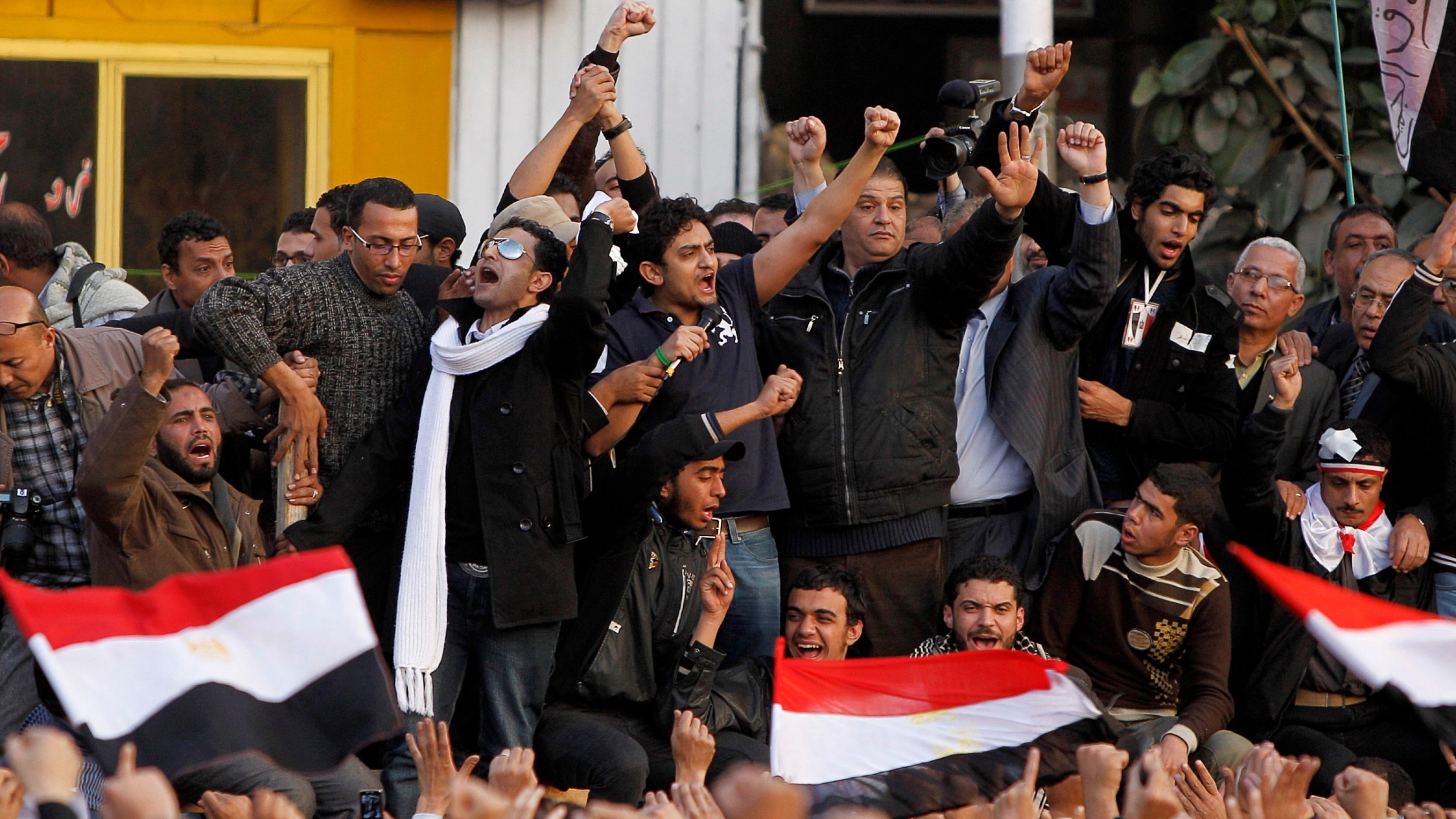 In this Feb. 8, 2011, file photo, a leader of Egypt's anti-government protesters, Egyptian Wael Ghonim, center, 30, a Google Inc. marketing manager who was a key organizer of the online campaign that sparked the first protest on Jan. 25, celebrates after being released from detention in Tahrir Square, in Cairo, Egypt.

The revolts a decade ago were among the first major protests in the age of omnipresent mobile phones, with social-network revolutions powered by Twitter and Facebook. 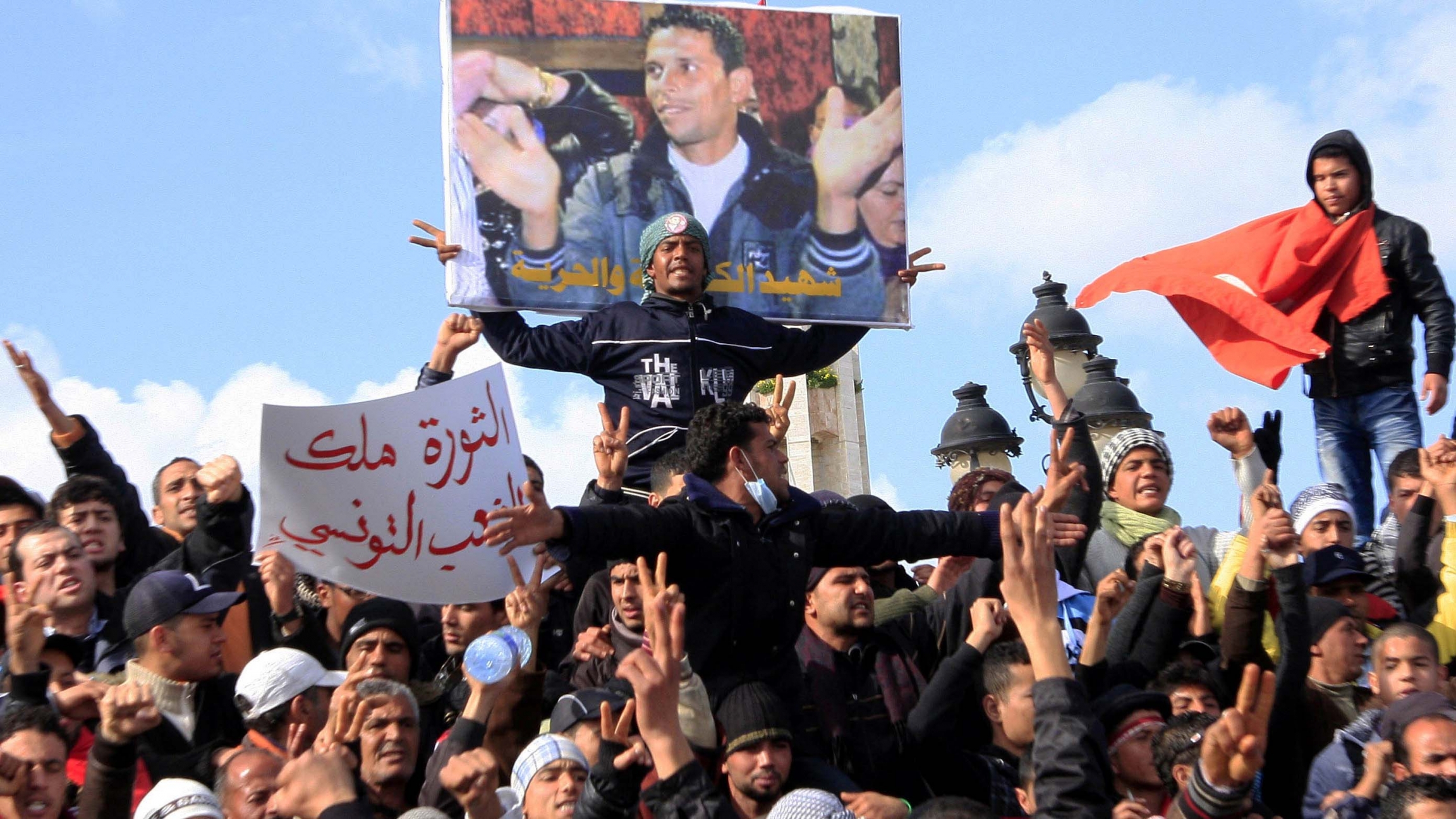 Tunisian protesters demonstrate beneath a poster of Mohamed Bouazizi near the prime minister's office in Tunis, Tunisia, Jan. 28, 2011.

“One day, I hope all Tunisians live in dignity. That’s what my brother wished for,” said Leila Bouazizi, sister of the Tunisian fruit seller who set himself on fire on Dec. 17, 2010.

UNESCO has just added couscous to its list of items constituting the world's intangible cultural heritage. Algeria, Morocco, Tunisia and Mauritania jointly submitted the staple grain entry, which is found on dishes across the Maghreb region of North Africa and beyond. How delicious does that sound as inspiration for your Friday night dinner?

Cultures and peoples come together @UNESCO - this is a great achievement for cultural cooperation on a symbol of popular culture for millions of people accross the region and beyond. Let's #sharecouscous for all !! https://t.co/QkfQSKJVGu 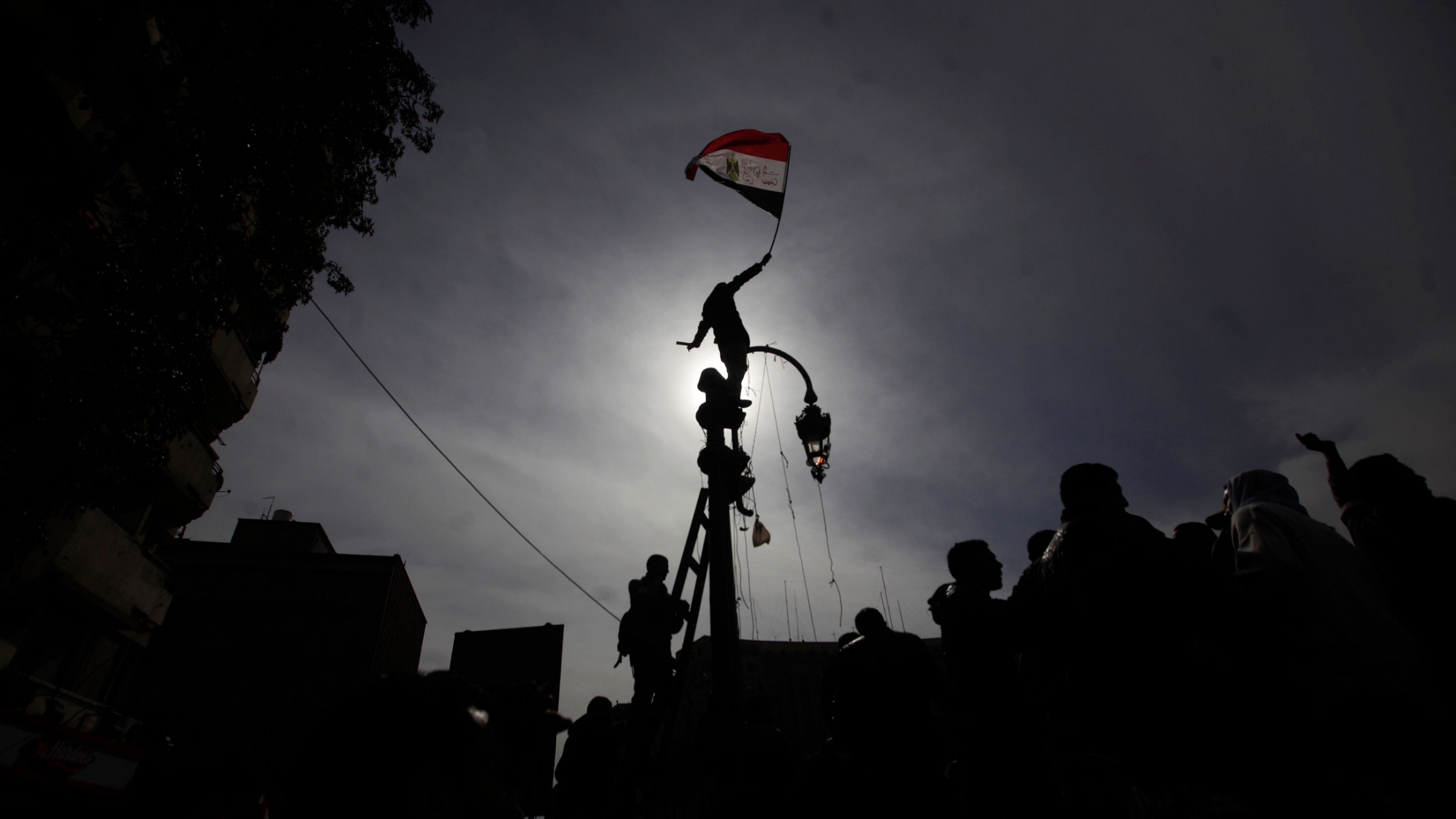 A protester climbs a pole waving the Egyptian national flag during a demonstration in Tahrir Square, Cairo, Egypt, Feb. 3, 2012.

The World presents a special edition focusing on the start of the Arab uprisings in 2010. The uprisings began in Tunisia, with the self-immolation of fruit seller Mohamed Bouazizi, 10 years ago on Thursday, and quickly spread to several Arab countries, leading to the fall of dictators. A decade later, we ask: What is the legacy of the Arab uprisings and how are people remembering the events?