Cuban artists and intellectuals want more rights — and, in an unusual show of dissent, they demanded the government sit down with them to negotiate.

At 10:45 a.m. on Nov. 27, about 300 people gathered outside the Ministry of Culture in Havana to demand freedom of expression, an end to police harassment and the right to make art that Cuba’s communist government disagrees with. They organized the meetup on WhatsApp, a globally ubiquitous smartphone app used in Cuba only since 2018, with the arrival of mobile internet.

“I believe we were all convinced that we had to do something, and do it publicly and categorically,” the filmmaker Raúl Pardo, who helped organize the protest, said via Facebook message. “Each one of us sent messages to various people, we created a WhatsApp [chat], convened [the group] and explained what we were going to do.”

After hours of waiting, shouting and clapping, 30 of the artists managed to speak with Vice Minister of Culture Fernando Rojas. 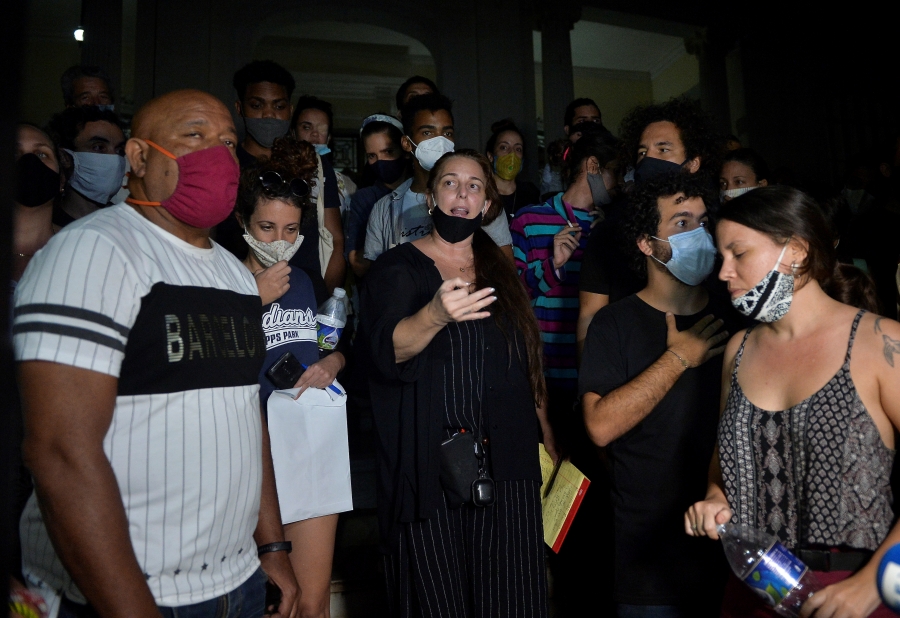 The negotiations would end soon after they began, followed by a major crackdown on dissent. But the size, duration and public nature of the artists’ opposition, which continues today, are unprecedented — a sign of how resistance in Cuba has grown and changed in recent years.

Opposition then and now

Since the beginning of Fidel Castro’s Cuban Revolution, opposition on the island has basically had one strategy — confrontation. The overarching goal of the opposition has been to end the political system he founded.

Many Cuban dissidents have been quietly financed by the United States government, which promotes regime change in Cuba, and are warmly received in Washington by Cuban American politicians like Sen. Marco Rubio and Rep. Mario Diaz-Balart.

This relationship with the United States has undermined the legitimacy of the Cuban opposition, not only with the Cuban government but also with the Cuban people. Polling shows Cubans reject US involvement in their internal affairs, including the six-decade-old Cuban economic embargo.

The Nov. 27 protests were homegrown — a result of Cuba’s recent economic liberalization and changing social dynamics, not American interference.

In 2009, Fidel Castro’s brother Raúl Castro passed a series of economic reforms that, among other changes, made it possible for people to run small businesses. Galleries and theaters opened in homes and other private spaces across Cuba, enabling artists to create and show their work outside of state-run channels.

Dissident artists took advantage of this newfound freedom to advance their political demands, leading the government in 2018 to publish a decree seeking to regulate independent artistic production and limit where artists can perform.

Rather than remain silent about repression, as they have on so many other occasions, Cuban artists have taken to the streets.

The Nov. 27 protest at the Ministry of Culture came in response to a Nov. 26 government raid on the home of Luis Manuel Otero Alcántara, leader of the San Isidro Movement, an artist collective that opposes the 2018 decree. Alcántara had been on a hunger strike to protest the detention of Cuban rapper Denis Solís for “insulting” a police officer. 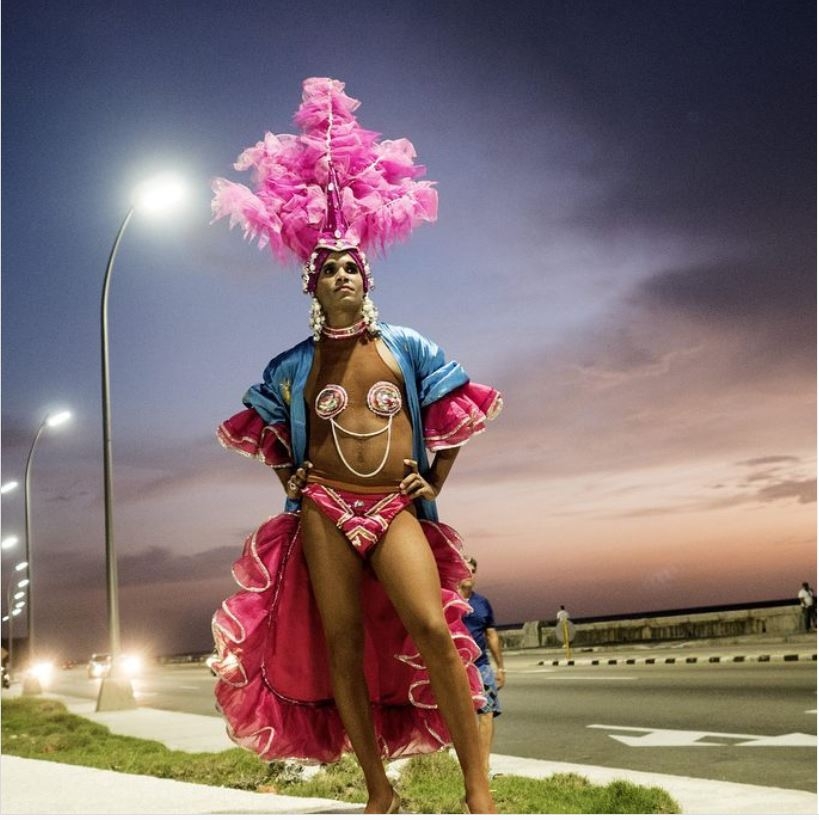 Both Solís and Alcántara are vocal critics of the Cuban government, which they call a “dictatorship.”

On Nov. 24, just before the artist protests, the US State Department released $1 million dedicated to increasing civil, political and religious rights in Cuba. It is unclear whether US-financed groups are funneling money to the San Isidro Movement, according to the Cuba Money Project, which reports on American programs and projects related to Cuba.

In any case, while the raid on San Isidro sparked the Nov. 27 protest, only a few members of the movement were present in the crowd that gathered outside the Ministry of Culture. These protesters had broadly artistic, rather than explicitly political, demands and sought to work with — not against — the government to achieve them.

For “a group of contrary artists … to sit and talk with an institution that has never wanted to recognize their existence. That is a historic and unique act,” one participant told OnCuba News on Dec. 8.

If the events of Nov. 27 were novel, the government’s response was familiar.

On Nov. 28, after he met with the protesting artists, Vice Minister Rojas was interviewed for a TV special on a Cuban state-run channel. In it, he recounted the events of the protest day and reiterated the Ministry of Culture’s willingness to continue the “dialogue” in a second meeting.

The remainder of the program, however, cast the San Isidro Movement in a negative light, calling its members “mercenaries” in an apparent effort to discredit the street protest. No protesters were invited to talk on the show. 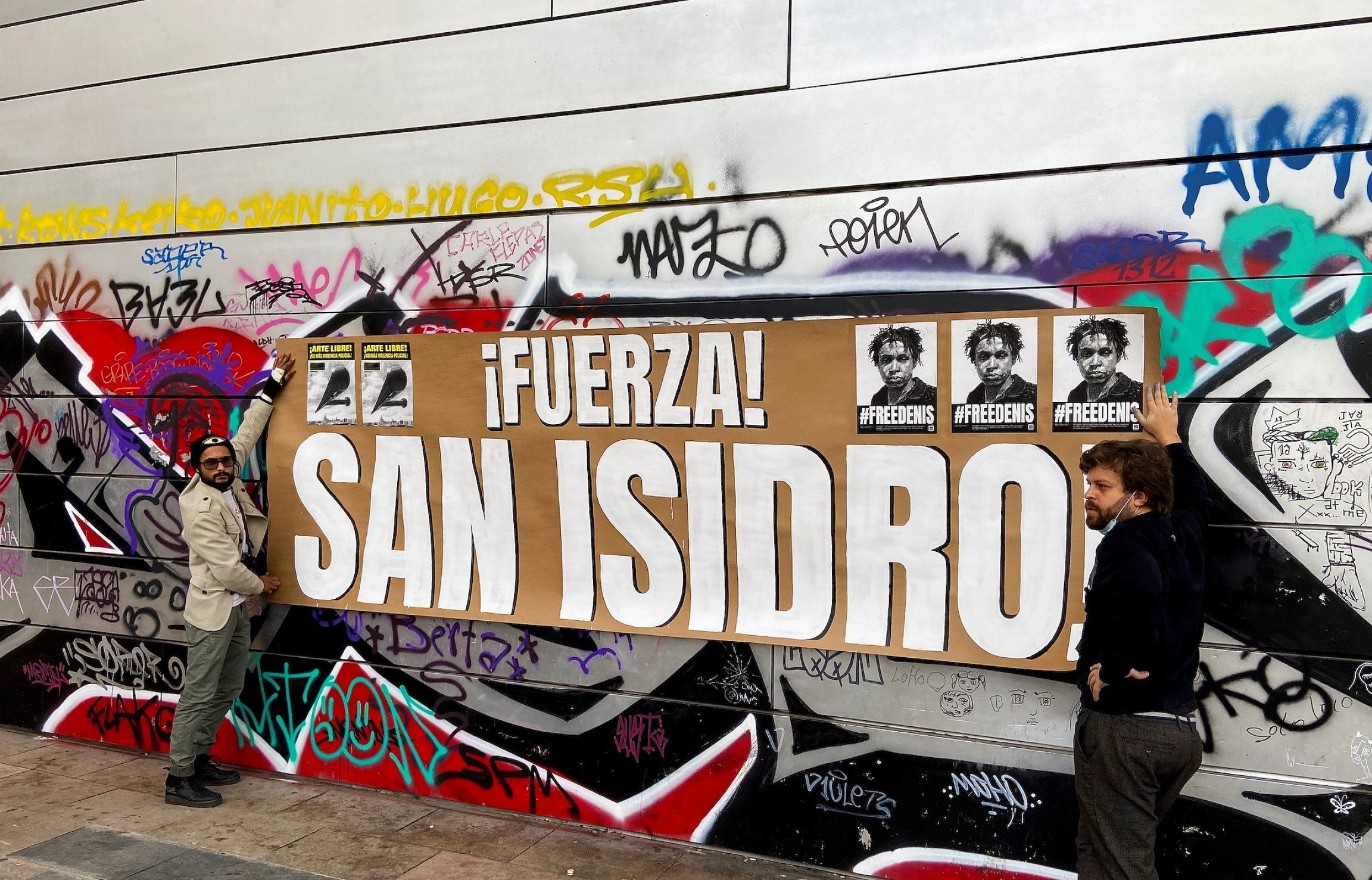 Cubans living in Spain show their support for the San Isidro Movement and the jailed rapper Denis Solís.

A week later, on Dec. 4, the Cuban Ministry of Culture announced that the dialogue with protesters had been “ended by the people who asked for it.” The post blamed the protesters for putting unreasonable conditions on a second meeting, including the presence of Cuba’s president, Miguel Díaz-Canel.

For journalist Jorge Fernandez, however, the “dialogue was already dynamited” by the TV hit job.

Since negotiations ended, house arrests and arbitrary detentions of Cuban artists have both increased.

But so have demands for change.

A document published on Nov. 28 and signed by more than 500 intellectuals, artists, filmmakers and others reiterates the protesters’ original request — no more police harassment — and adds to the list of demands nothing less than political pluralism and the rule of law.

Such reforms, they say, are necessary for “the conservation of national sovereignty, independence and the integrity of the fatherland” — language seemingly chosen to demonstrate that their dissent has nothing to do with the United States. It’s opposition by and for the Cuban people.

The Cuban government continues to accuse anyone who sides with the dissenting artists of being “paid by US agencies.”

“Since the beginning, the revolution has been the object of foreign interference,” says the filmmaker Ernesto Daranas. “But putting every criticism in that same bucket is now isolating [Cuba’s government] from reality.”