From the outside, this apartment in Hangzhou, China looks nondescript. But inside, there’s a hive of activity. Six students from across China have formed a study pod and are rooming together in a co-living community.

Kept from their colleges and universities in the US and Canada due to pandemic-related travel restrictions, they’re making the best of it by studying remotely — together.

One of the residents is Emily Mao, a sophomore at the University of British Columbia in Vancouver. Fearing for her health and safety in the US, Mao’s parents made her return to China last March as China began to return to normal but caseloads in North America got more serious. She spent months living with them while attending her regularly scheduled classes online.

China is 14 hours ahead of Vancouver, which meant Mao was in school from about midnight to sunrise. It was tough.

“I just feel like I'm all alone and isolated when I'm at home,” she says. “And nobody was awake when I'm awake. And I'm, like, sleeping during the day, every day.”

Related: Math at midnight: Students stuck in US struggle with remote learning at Chinese schools

For decades, Chinese students looked to higher education abroad as the ticket to a better future. Last year more than 400,000 of them enrolled in US colleges and universities, and nearly 85,000 enrolled in Canadian universities. But nearly all of them have returned to China to study online.

Remote learning has been hard for millions of students worldwide, but for the ones living half a world away from school, the time zone differences and isolation have taken an added toll.

Mao decided to move into 706 Life Lab, one of several apartments around China run by a co-living community. A couple of her close friends live with her.

“If I could be at a place with, like, six people my age and who were also struggling with, like, school, being in a different time in the day than usual, and I think it would be fun," she said. “So I came here.”

The 706 Labs were created eight years ago as a kind of hub for young people to exchange ideas. The founder, Wu Fang Rong, named them 706 after the very first location in Beijing, apartment number 706. Now there are labs in six cities across China.

“Those students who can’t go abroad for their studies are joining activities and living at the labs. At home, their parents are always nagging them but here they feel free and in control of their lives.”

“This year we’ve seen a jump in interest,” he says. “Those students who can’t go abroad for their studies are joining activities and living at the labs. At home, their parents are always nagging them but here they feel free and in control of their lives.”

The students in the Hangzhou 706 Lab cook together in a tiny kitchen and attend their online classes from a small table or the couch.

“Sometimes we just get takeout together and watch TV and sit here for three or four hours and watch a lot of episodes,” Mao says, laughing.

706 Life Lab gives students like Mao a sense of freedom, but there’s one thing that’s out of their control: the crazy schedules they have to manage to participate in class. Mao dropped a philosophy class that met at 5 a.m. because she was just too tired.

“They didn’t say anything but they were, like, 'why aren’t you speaking?' and I was like, I couldn’t…I was asleep. I feel like I haven’t been contributing to the group discussion that much ... my brain was not functioning during that time,” she says. 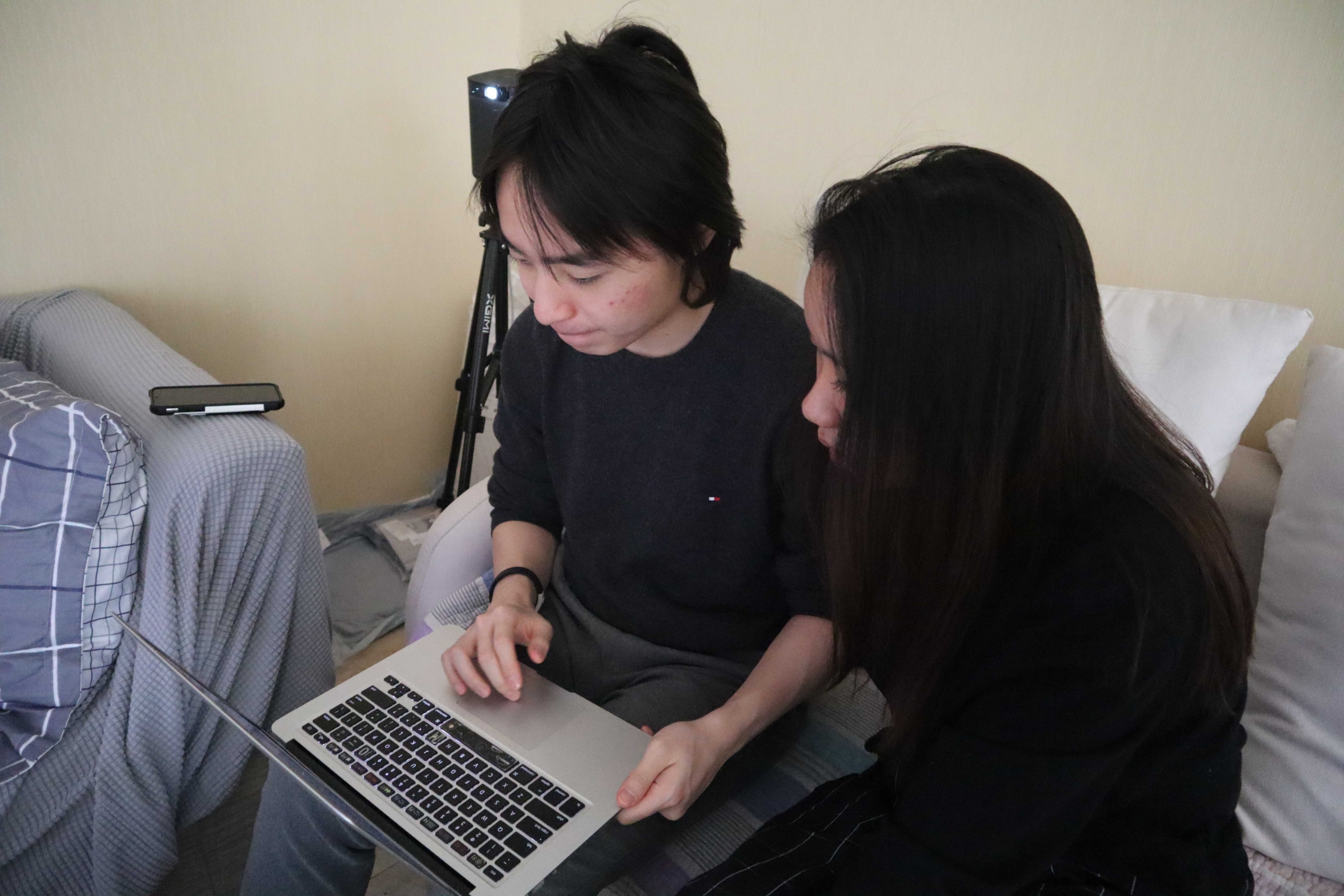 “When I take classes in the middle of the night, I can’t speak,” he says. “I find it really difficult to organize my thoughts. I can only utter fragmented words or sentences. That’s really frustrating for me.”

With no hope of being able to get back to campus this spring, he plans to take a gap semester.

“I want to study how to play drums. I have a lot of books that I want to read,” he says. “And I also want to do some travel.”

Tess Robinson, an education consultant in Shanghai, says that while schools are trying hard to accommodate international students’ scheduling problems, some students are making the decision to take time off school.

“We do have some kids that we advise to take a gap year and who have taken gap years, because we could see from the beginning, the inconveniences of this simply weren't going to be optimal for them,” she says. 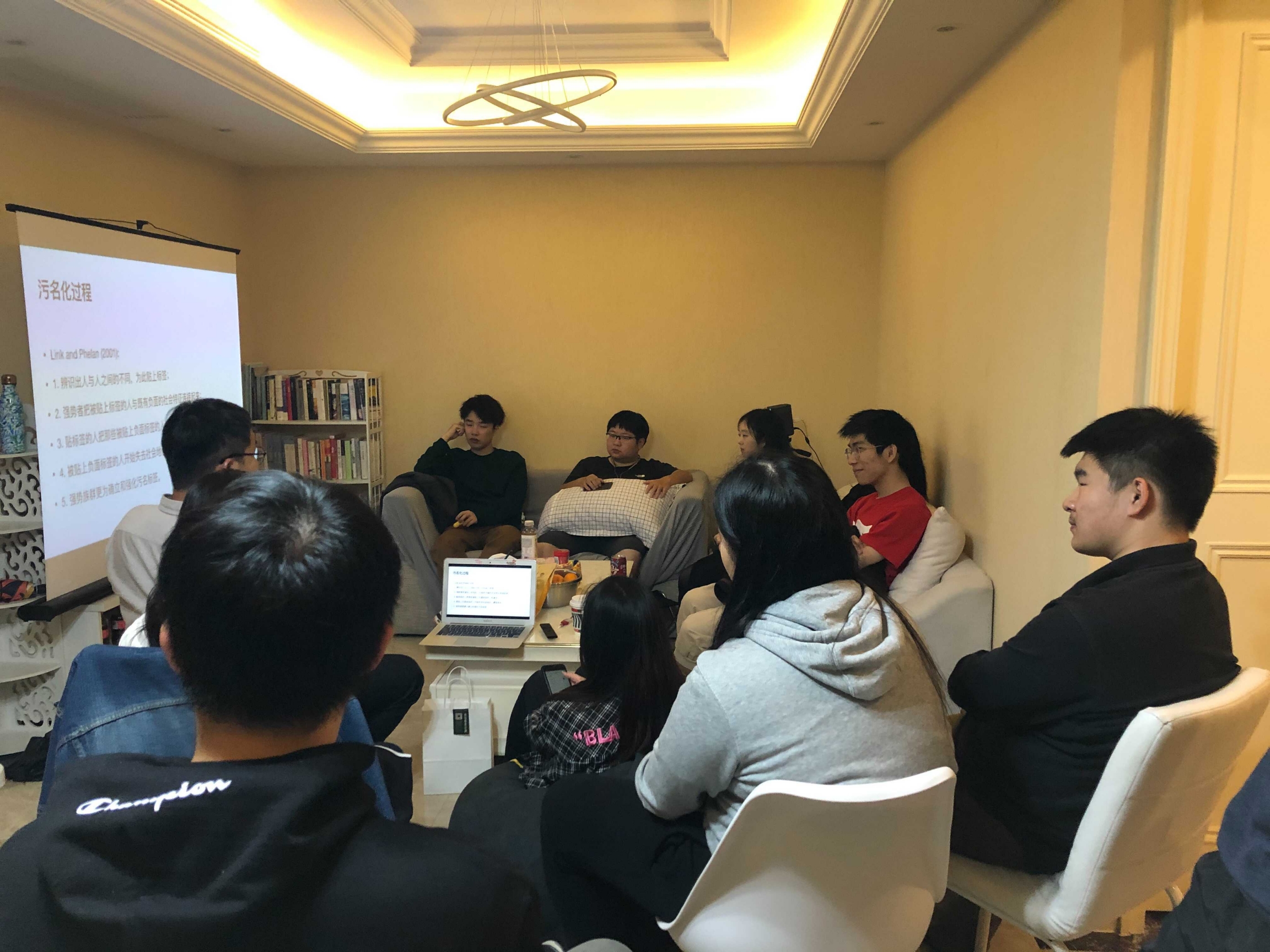 Students study together at 706 Life Lab, a co-living community in Hangzhou, China, that is attracting Chinese students who seek a community as they study remotely.

Related: Pandemic learning in Mexico requires thinking outside the screen

Emily Mao says the overnight classes are taxing on her mental health.

“It’s just the schedule I can’t do it anymore. I don’t like it,” she says. “I only have four hours of light every day. I need more sunshine.”

She has made the tough decision to return to campus next month. Canada is allowing foreign students to come back to school but she had to convince her parents first.

“I spent a lot of time persuading my mom, and she wanted me to make, like, a really specific, detailed plan,” she says. “Like, what would you do if you get infected or, like, stuff like that?”

She says she’s scared to return but without the time difference, at least she’ll be getting enough sleep. The rest of the students in 706 are stuck taking classes overnight as they wait to return to the US.