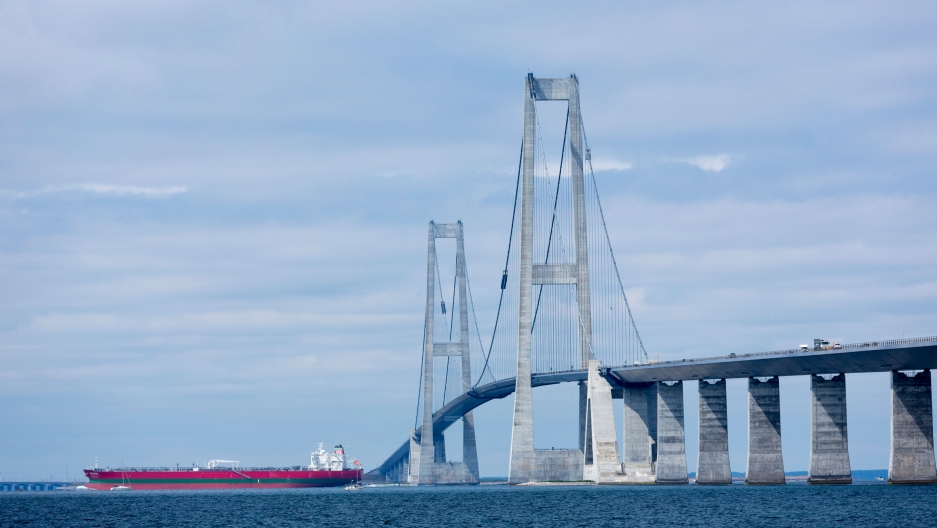 The Danish parliament voted this month to stop issuing new leases for oil and gas exploration in the North Sea and to end oil production by 2050, making Denmark the first major-oil producing country in the world to decide to phase out production.

Denmark is the European Union’s largest oil producer and has been extracting oil and gas from the North Sea since the early 1970s. Its fossil fuel industry has historically been a large part of the funding of the country’s generous welfare state.

Denmark's climate minister, Dan Jørgensen, told The World’s host Carol Hills the country plans to invest heavily in wind energy to help make up for the lost revenue and jobs.

Carol Hills: What's the significance of this decision?

Dan Jørgensen: Well, it's a very big decision for us in Denmark. For decades, we have made a lot of money on oil and gas, and it's been an important part of the funding of our welfare state. But we feel that we need to take this decision because climate change is here and we need to do whatever we can to fight it. And for us to argue with a credible voice that we are actually leaders in the fight against climate change, we needed to take this decision.

Now, your Energy Ministry estimates this could cost Denmark $2 billion in lost revenue. How do you intend to close that revenue gap?

Yeah, we need a new strategy now for how we will make a living in the future. Fortunately, we are already underway. We are in a situation now where renewables, especially wind and offshore wind, is already a much bigger sector than the oil sector. So we plan to keep expanding our renewables sector and we have plans to really ambitiously grow our offshore wind, for instance. So we hope to make up not only for the lost revenue, but also to create the jobs that will be lost in the oil sector.

Have you received any pushback for this decision to stop issuing new leases and end oil production?

It's obvious that not all companies in the oil sector and gas sector were happy about this, obviously. There's also been political forces saying that as long as there's oil down there, we should pull it out of the ground and make money on it. But all in all, I'm happy to say that we have broad support for this. And I think one of the reasons for that is that we are doing this in a just way. We want this to be a just transition, meaning that we really focus on creating jobs for the people that will lose their jobs. We focus on having a plan for economic development that makes this also, economically, a viable solution.

There's around 4,000 people who are employed by Denmark's oil and gas sector. How do you make up for that many jobs? Do the current plans cover that or are you still sort of behind in terms of figuring out how to re-employ these people?

It's a great question, because very often in the debate about green transformation in general in Europe, people forget that, OK, yes, as a whole, the green transformation will give you more jobs than and you'll lose, but it's very important for us that we find the right jobs for the people that will lose their job.

First of all, this is not something that we're going to do from one day to the next. Second important point is that we allocate funding to training a worker from somebody who works in offshore oil to offshore wind for instance. The investments that we talked about earlier that we've made and will be making in offshore wind are quite substantial.

You mentioned 2050 and of course, that's the date you're going to end oil production. Greenpeace Denmark is applauding this move and they're saying, "this is what climate leadership looks like." But you're also allowing three more decades of oil drilling of the current leases and production that's going on to continue in the North Sea. And that's something that youth climate activist Greta Thunberg has criticized on Twitter. How do you respond to activists who say 30 years is too slow for a phaseout?

If we were to stop oil production tomorrow, for instance, as some activists have argued that we should, it would fundamentally change our entire society. We would no longer be able to fund our welfare state. Hospitals, schools, roads, education system, all of these things would have to go through severe savings. So that, in my opinion, wouldn't really make us a front runner. I don't think many countries would then look at us and say, “Listen, that's a very good example, let's follow that.”

I think it's important to be ambitious. And I think also that there's a reason why we choose to do this as the first major oil-producing country, and that is that we want to and hope to inspire others. But if you want to hope to inspire others, then you also need to make rational decisions. And you also need to think about the people involved. For us, a just transition is a key word, a key term. It's important to find a balance. And I think we found that balance in the decision that we have made.

That's interesting. So you're really paying attention to also kind of social issues and political issues of how a population will respond and adapt to these changes?

I think one of the biggest threats and obstacles towards the green transformation that we need, is if there's no public support. If we see too many problems where we don't take into consideration the needs and opinions of the population — both when installing renewable energy, but also when making the transformation from one type of energy to the next that might make people lose jobs — if we don't take that problem seriously and tackle it in a way that makes sure that we can maintain a society with a lot of equity and with no inequality, then I think we risk losing the support that we need.