Children on the verge of death from malnutrition in Yemen are being brought back to health and recovering their childhoods, thanks to nutrition clinics across the country.

Dr. Aida Al-Sadeeq celebrates those success stories. For a decade, Sadeeq ran a program at Sadaqa Hospital in Aden that treated children with malnutrition. Sadeeq, who is now an assistant professor at the University of Aden, was filmed at work in her clinic for the new documentary, “Hunger Ward.”

A report from United Nations agencies projects that of the country’s 30 million people, at least half will experience “worsening levels of hunger” by the middle of 2021.

“Yemen is a disaster,” David Beasley, head of the World Food Program, said on Thursday. “We are supporting about 13 million people as we speak. About 8.9 million of them are getting half rations.”

Yemen has relied on imported food throughout its modern history, but the ongoing war has severely limited the availability of food.

A coalition of Arab countries — with US support — has been fighting to defeat the Houthi rebel-led Yemeni government since March of 2015. That campaign has disrupted the country’s bank system, slowed delivery of humanitarian aid and limited commercial shipments of food.

One consequence of Yemen’s food shortage, childhood malnutrition, is the focus of “Hunger Ward.” In a pivotal scene, an infant is shown on a hospital bed, and she's unconscious. Dr. Sadeeq is giving her compressions and calls out for a breathing pump.

“It was a very sad experience for me because my work is to serve, to help people to survive, to resuscitate people, not to to be lost,” Dr. Sadeeq told The World. 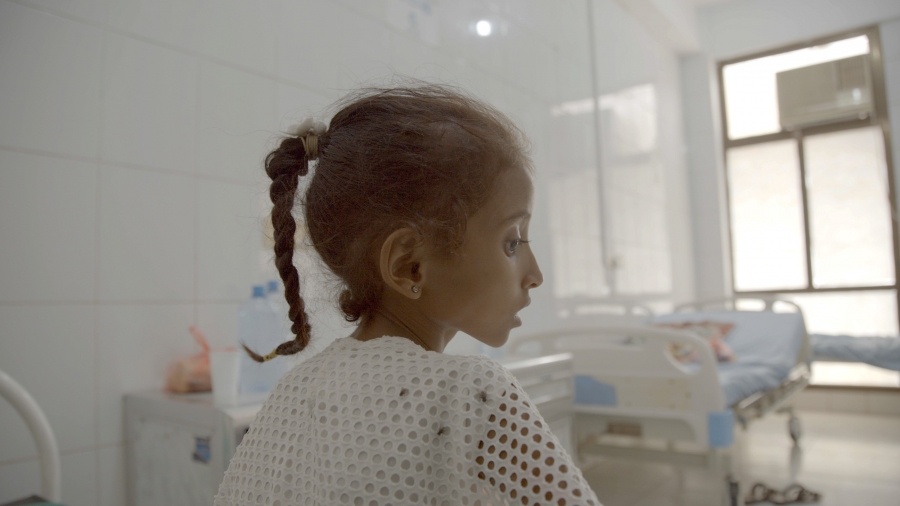 Malnutrition in Yemen has reached staggering levels, with food aid not reaching many children across the country.

Dr. Sadeeq added that seeing the film brought the moment back to her. “It's very painful for me, really. I cried at that time because I stood helpless. I felt I can't do anything for this life.”

The infant could not be saved. The baby’s grandmother had tried to feed her while she was attached to life support, causing her to choke to death.

“The infant died because — look, families here, because of poverty and ignorance, [they bring] their babies [for medical care] too late,” Sadeeq said.

“The infant died because — look, families here, because of poverty and ignorance, [they bring] their babies [for medical care] too late.”

In the film, the grandmother rails against clinic staff in her anger and grief. “Yes, she cried at that time. She started to blame the others,” Sadeeq added. “But this is the case all the time.”

The work in the nutrition clinic at Sadaqa Hospital goes on even as war continues in parts of Yemen, and as economic troubles cause millions of Yemenis to live with hunger. 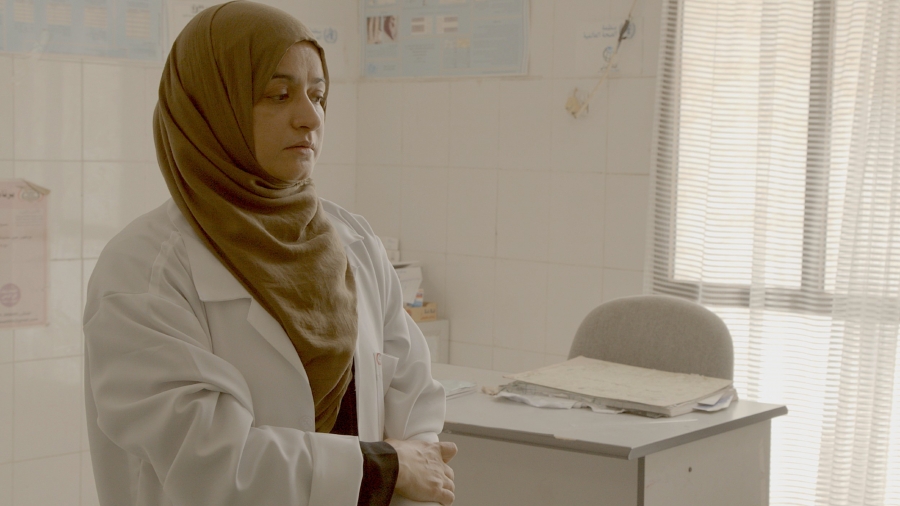 Dr. Sadeeq, who conducts research on children’s health, says the war has made malnutrition much worse. She worked with a sample group of more than 800 Yemeni children for her research paper, "Undernutrition and Management Outcomes of Hospitalized Children before and after 2015 Armed Crisis."

She reported that malnutrition was found in 23% of the children in 2010, before the Yemen war. In 2016, one year into the war, she found that the percentage had more than doubled.

She faults the ongoing war and its economic hardships with increasing the frequency and severity of childhood malnutrition cases in Yemen. “This is accepted,” she says ruefully. “This is a consequence of war.”

Dr. Sadeeq, like many Yemenis, holds the United States accountable for prolonging the conditions that are causing widespread hunger in her country, and she urges ordinary Americans to act.

“We need your voice to speak to your administration to help us, to not support this war against Yemenis,” she told The World. “Otherwise, you will see Yemen without Yemenis. It's very heartbreaking and painful.”