Donald Trump’s foreign policy has, in the judgment of many analysts, damaged US moral standing around the world. During four years of “America First,” the Trump administration has gotten cozy with governments that disdain human rights norms and laws, restricted immigration on the basis of religion and withdrawn from treaties aimed to bolster international well-being.

Joe Biden has promised to set a different course, to reclaim America’s “position as the moral and economic leader of the world.” Doing so might be vital as the US competes for international influence against rival powers China and Russia.

What strikes me, a scholar of history and foreign policy, is that this Biden orientation aligns with one of the vivid strands in US tradition: to apply American versions of life, liberty and the pursuit of happiness in the conception and implementation of foreign policy. This American “idealism” has not only fortified US security, but has also helped smooth the jagged edges of international politics.

Washington has periodically tried over the decades to improve the quality and tone of the “international society” — defined by scholar Hedley Bull as the common set of rules, both informal and codified, by which states are bound.

Less coherent or robust than domestic structures of laws and norms, “international society” has been, and remains, a fragile and somewhat amorphous concept. Yet, as theorized by scholars like Bull, “international society” has always had a tangible aspect. It draws states into occasional cooperation, mediated by treaties, laws, diplomatic traditions, customs and transnational institutions.

In contrast, the current administration has used foreign policy as a tool for a narrowly defined transactional national interest, in accordance with Trump’s “America First” agenda.

But a more elevated approach appears throughout US history.

Francis Lieber numbered among the earlier proponents of practices to mitigate wartime suffering. A German-American political-legal thinker, Lieber advanced ideas in the 1860s regarding the humane treatment of enemy prisoners and wounded soldiers. 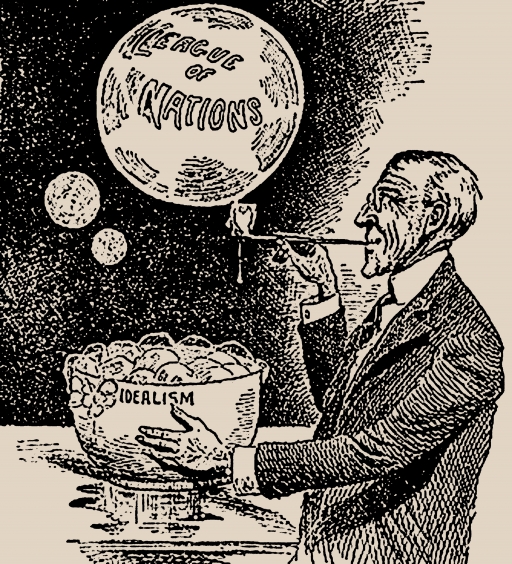 In the 20th century, attempts to bring ethics into foreign policy were made by successive US presidents. President Woodrow Wilson in 1919 promoted the League of Nations, which he conceived as an institutional guarantor of world order and peace. And American diplomats played a prominent role in the 1928 outlawing of war through the quixotic Kellogg-Briand Pact.

President Franklin Roosevelt in January 1941 asserted that people everywhere were entitled to four fundamental freedoms: freedom of speech, freedom of worship, freedom from want and freedom from fear. He later proved an insistent and effective advocate for creating the United Nations.

This desire to improve the tone and quality of “international society” persisted into the post-World War II era. American jurists were involved in the Nuremberg inquests into Nazi atrocities. The trials were in large part convened to salvage and reassert the meaningfulness of civilized standards of conduct in world affairs.

Former first lady Eleanor Roosevelt played a leading role in the formulation of the 1948 Universal Declaration of Human Rights. And Raphael Lemkin, a Polish-born Jewish lawyer who found permanent refuge in the United States, became the main architect of the 1948 Genocide Convention.

In recent decades, the most lucid expression by a president on ethics and foreign policy came from Jimmy Carter. To help expunge the stain of the Vietnam War and counter the influence of former Secretary of State Henry Kissinger’s stark realpolitik, Carter promoted human rights as a US foreign policy goal. 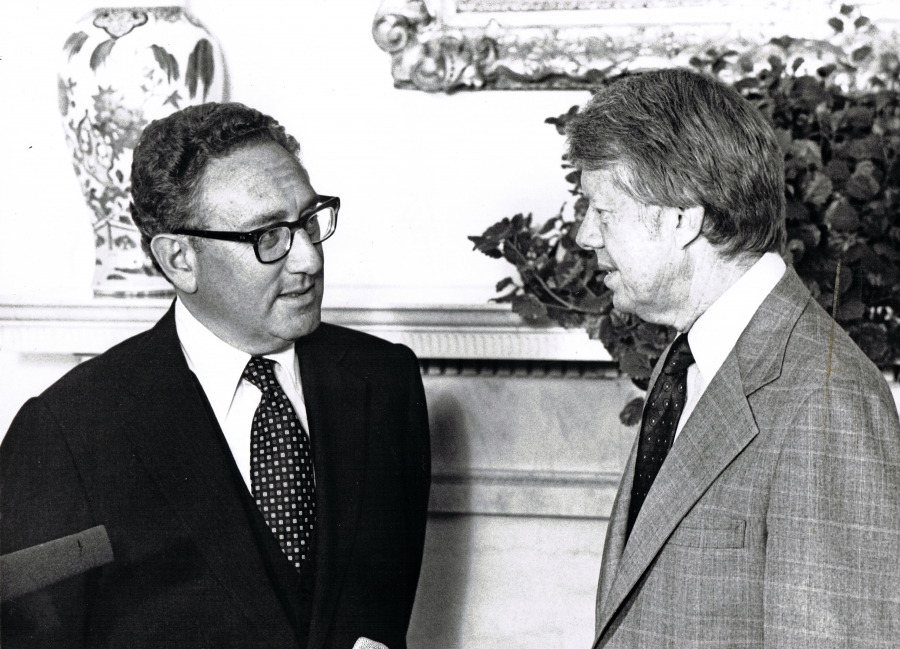 According to Carter, and echoing the Universal Declaration of Human Rights, human rights included both political and material rights. On the political side, this meant the right to be free from abuse and torture, arbitrary arrest, random imprisonment or denial of a fair public trial. In the Carter definition, human rights also encompassed religious freedom, freedom of speech, freedom of press and access to education. On the material side, human rights entailed fulfillment of basics, notably food, shelter, decent employment and health care.

To Carter, US policy needed to be “rooted in our moral values” and “designed to serve mankind.” In practical terms this meant an end to ignoring human rights transgressions by allies, as in the case of South Africa’s apartheid regime, and terminating US military support of Nicaraguan dictator Anastasio Somoza.

Albeit ridiculed by “realist” skeptics at the time and later for amounting to empty piety, or dismissed by others as merely cloaking the structures of power, these proclamations and actions — from Lieber to Carter — nonetheless helped create the modern international order. Collectively, they constitute the intermittent triumph of hopefulness against despair and infamy.

Retreat from the world

The disorientation and anxiety caused by the Sept. 11, 2001 attacks led to a US retreat from building a world order that, however partial and imperfectly realized, had stimulated the moral imagination of many Americans.

The wars in Iraq and Afghanistan — and by extension, drone attacks in Pakistan — inflicted devastation and disruption incompatible with America’s alleged mission, namely promoting the welfare of people in those afflicted countries and safeguarding US safety.

The horrors of Abu Ghraib and the rendition of prisoners to secret sites where they endured water boarding and other torture caused the United States to forfeit much of the good will it had accumulated over decades.

This diminished US stature was compounded under Trump by the spectacle of children being separated from parents along the southern border and by moves to disengage from the international community — such as withdrawing from the World Health Organization and the Paris climate agreement.

Biden’s administration faces the daunting task of rehabilitating US standing. In the ongoing competitions for influence and power between America, China and Russia, the retrieval of US ethical traditions may prove vital.

Incoming Secretary of State Antony Blinken, National Security Adviser Jake Sullivan and Ambassador to the United Nations Linda Thomas-Greenfield appear determined to rebuild America’s reputation. Their success or failure could affect not only US well-being but also the character of “international society” for coming decades. Moderation, restraint and ethical clarity have been in short supply since 2001, but they might be replenished if the Biden team dips back into America’s tradition of inserting an ethical component in foreign policy.