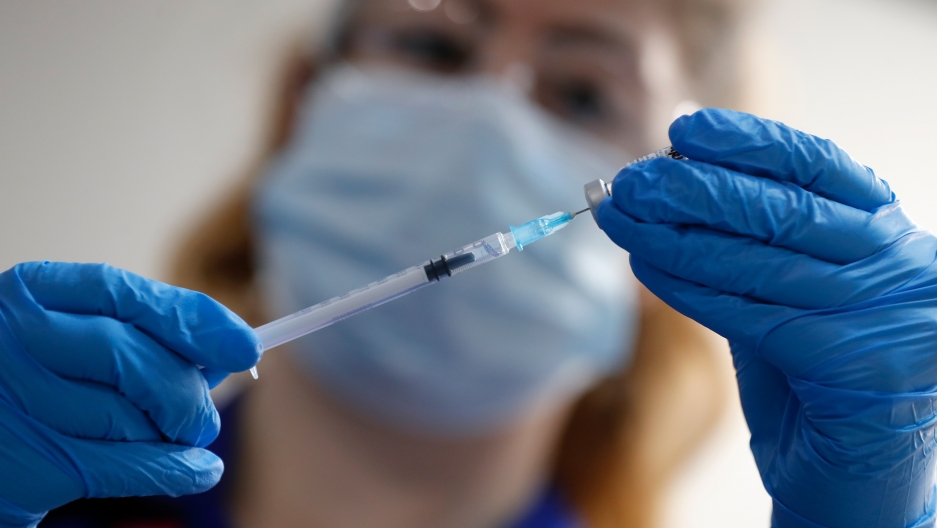 A nurse prepares a shot of the Pfizer-BioNTech COVID-19 vaccine at Guy's Hospital in London, Dec. 8, 2020.

Canadian health officials have approved the Pfizer-BioNTech COVID-19 vaccine, following its authorization by the United Kingdom last week. Canadians could begin receiving the inoculation against the coronavirus as early as next week, Health Canada, the country’s drug regulator, said Wednesday. It added that a rigorous, independent review of all the data from clinical trials proved the vaccine’s effectiveness and safety.

“It’s a testament to the work of regulators internationally,” said Dr. Supriya Sharma, the chief medical adviser at Health Canada. “It’s an exceptional day for Canada.” The initial shipments — around 249,000 doses by the end of December — will come from a plant in Belgium. In the US, the FDA’s expert panel is scheduled to meet Thursday to scrutinize the data for red flags ahead of possible approval in the US.

Meanwhile, the US death toll set a new record from COVID-19 — exceeding 3,000 fatalities on Wednesday, a big jump from the previous record of 2,769 on May 7. In US hospitals, there are currently 106,688 patients who tested positive for the coronavirus. And in Europe, Germany reported its highest death count yet during the pandemic, with 590 fatalities. That number pushes Germany close to 20,000 total deaths from COVID-19.

For Japan, a record of 2,811 new infections was reached Wednesday as the country also felt the impact of a “third wave” of the coronavirus. The capital city of Tokyo saw 572 new cases, the second-highest daily figure since the pandemic started. The Japanese government said it plans to buy 10,500 deep freezers to store vaccines. The country has inked agreements to purchase 290 million doses — enough to vaccinate 145 million people — from Pfizer, Moderna and AstraZeneca.

Several dozen states and the US Federal Trade Commission sued Facebook on Wednesday in twin antitrust cases. They allege the social media behemoth has taken advantage of its market dominance and engaged in anticompetitive practices. The FTC seeks an injunction that could force the California-based company to break up and spin off Instagram and WhatsApp into separate corporations. Ian Conner, director of the FTC's Bureau of Competition, said in a statement: "Facebook's actions to entrench and maintain its monopoly deny consumers the benefits of competition.”

And a judge in Lebanon investigating the Beirut port blast that killed 200 people and destroyed much of the city in August has charged caretaker prime minister, Hassan Diab, and three former ministers with negligence. The other men named are former finance minister Ali Hassan Khalil and two former public works ministers, Youssef Finianos and Ghazi Zeaiter. In 2014, just after the arrival of the Rhosus ship carrying a massive quantity of ammonium nitrate — which detonated in a huge ball of fire four months ago — Zeaiter had been responsible for Lebanon’s public works. 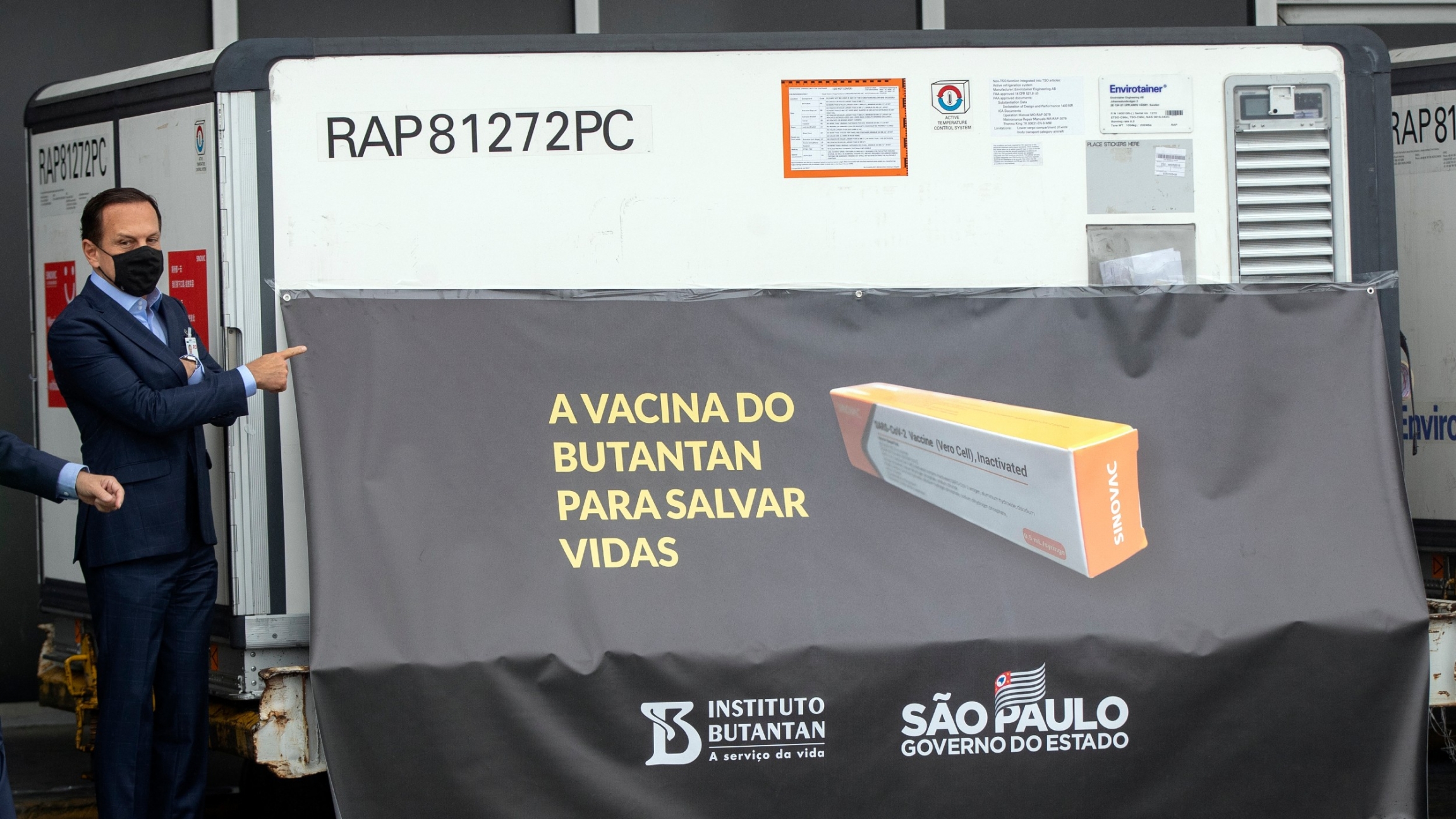 São Paulo Governor João Doria points to a container carrying the experimental COVID-19 vaccine CoronaVac during a photo opportunity, after it was unloaded from a cargo plane that arrived from China at Guarulhos International Airport near São Paulo, Brazil, Nov. 19, 2020.

In South America's biggest country, a populist president has taken an ideological stand against help from Beijing in ending the pandemic. But Brazilian scientists want to put public health and science over politics.

As the number of COVID-19 fatalities keeps climbing, debate over the safety and effectiveness of coronavirus vaccines for use in Brazil is turning into a partisan tug of war. 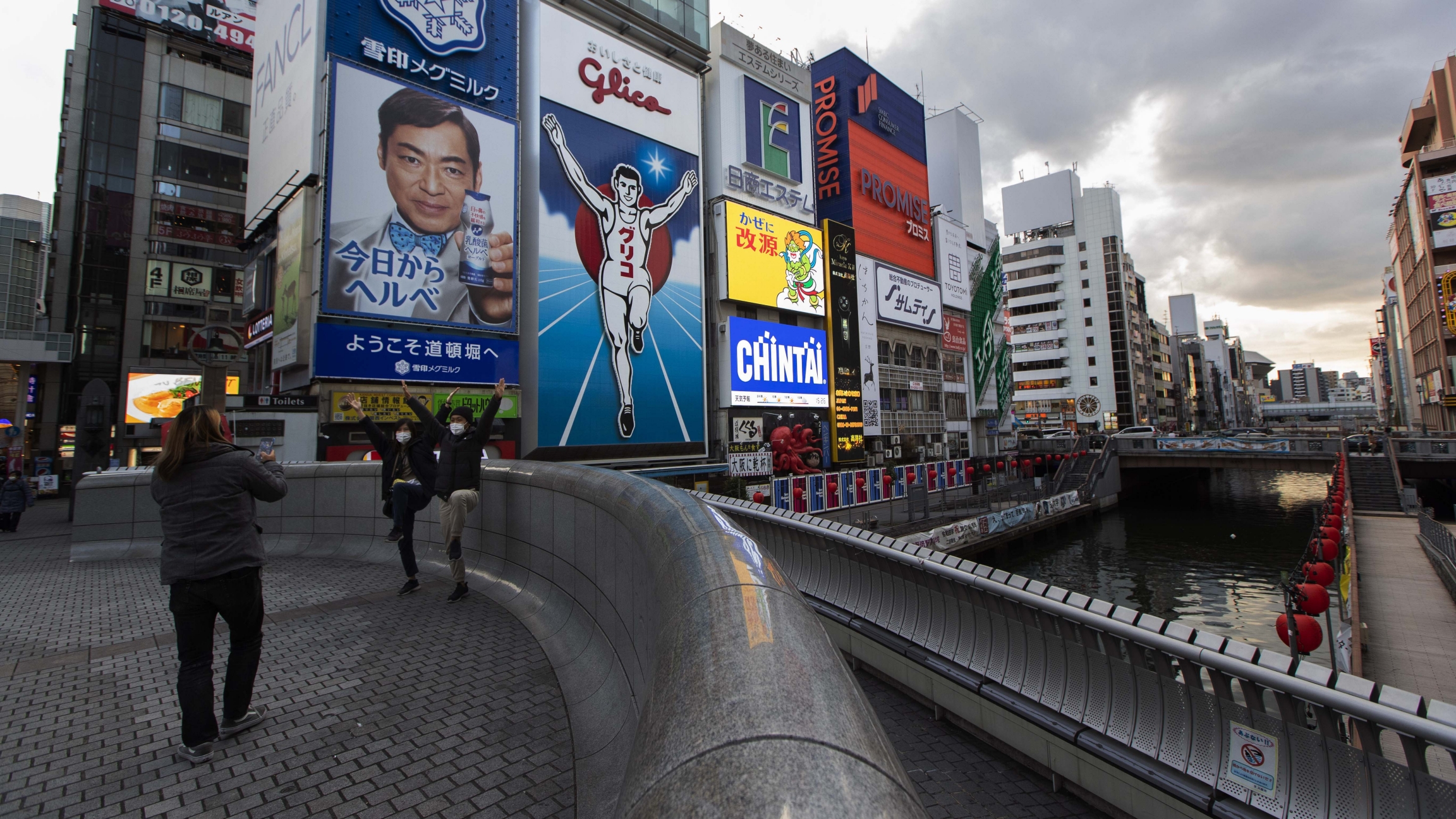 People pose for a photo, mimicking the character in an advertisement as they visit Ebisu-bashi bridge, a popular tourist spot in Osaka, western Japan, Nov. 30, 2020.

For the most part, the mistakes are unintentional. They're largely the result of automated translation by products such as Google Translate. Chikako Tsuruta, a professional translator, is on a mission to fix them.

“There are so many signs around town that we find funny or we find not communicative to foreigners,” Tsuruta said. “It doesn’t do justice to those who are actually seeking information in English.”

A Boston-based dealer in rare books and manuscripts has put the first commercially printed Christmas card up for sale. It may seem tame by today's standards, but for puritans at the time in 1843, this card was scandalous (note the child drinking wine). The card created such an uproar from groups like the Temperance Society, three years passed before another Christmas card was produced. The card was designed by illustrator John Callcott Horsley at the suggestion of Sir Henry Cole, the British inventor who established the Victoria & Albert Museum. In London, Christie’s is auctioning one of the rare cards — hoping to fetch around $8,000.

The first commercially printed Christmas card is up for sale. https://t.co/2giZbrEp6m 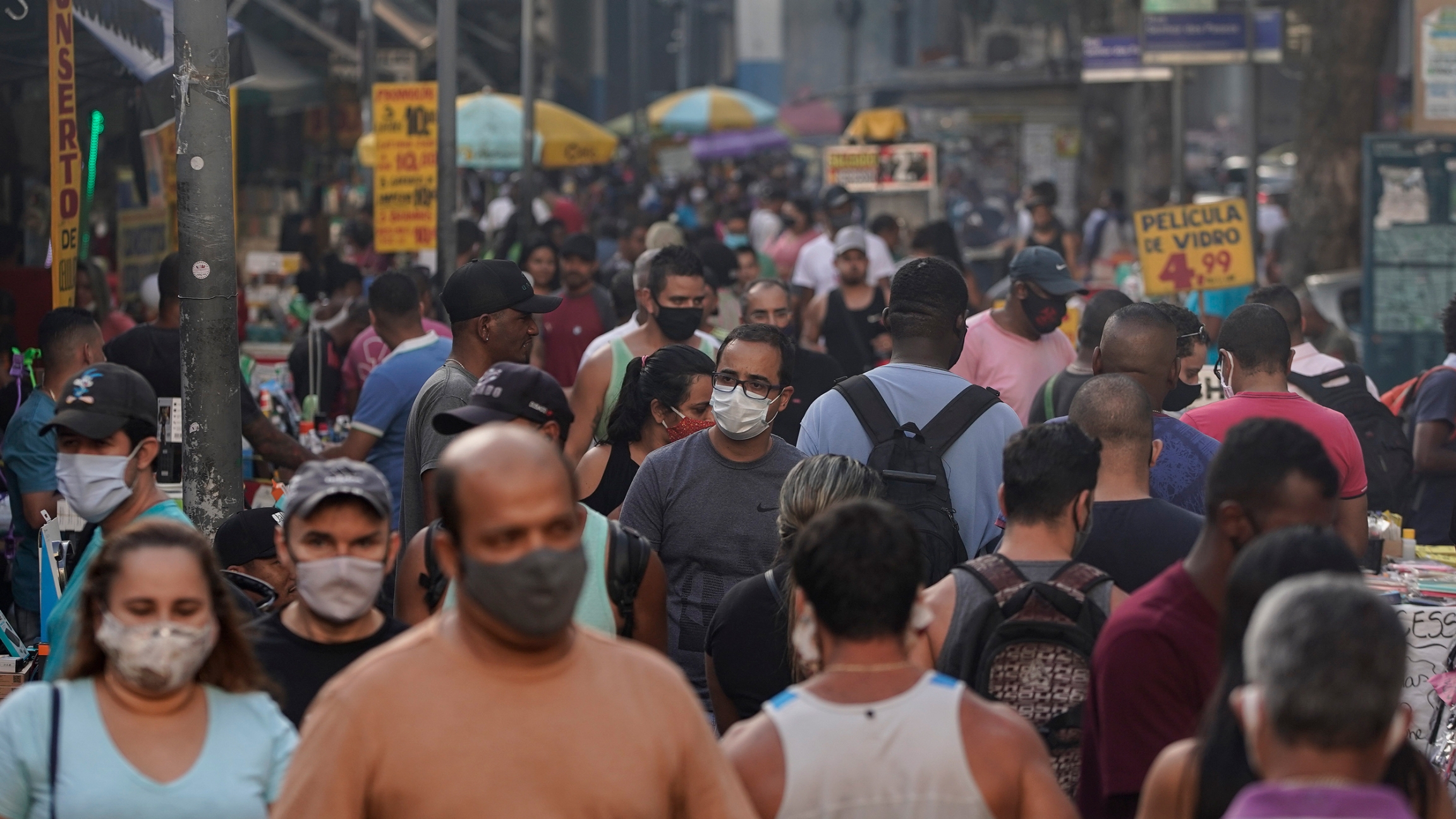 Debate over the safety and effectiveness of coronavirus vaccines to be used in Brazil is becoming a political tug of war. And, more than 10 years since Russian lawyer Sergei Magnitsky’s death inspired the US Magnitsky Act, which sanctions human rights abuses, the EU has approved its own human rights sanctions law. Also, to fend off boredom during the latest pandemic lockdown, the Sea Life London Aquarium has been showing its gentoo penguins Christmas movies.