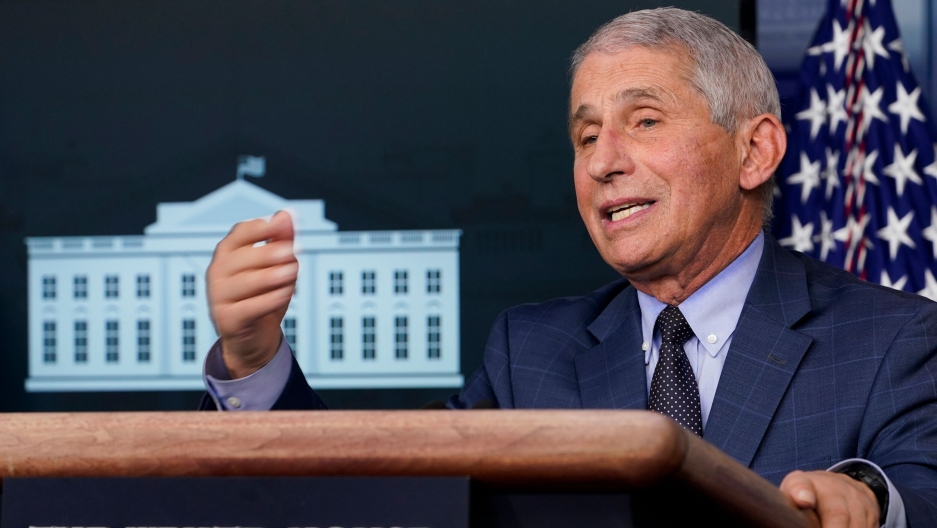 Dr. Anthony Fauci speaks during a news conference with the coronavirus task force at the White House, Nov. 19, 2020.

Dr. Anthony Fauci, director of the National Institute of Allergy and Infectious Diseases in the US, has apologized for comments that appeared to criticize the UK’s fast-moving process to approve a COVID-19 vaccine. Fauci had questioned the amount of scrutiny that British health authorities had applied to the authorization process for the Pfizer and BioNTech coronavirus vaccine that was cleared Wednesday.

The top US expert had suggested that the green light had been rushed, as the UK became the first Western nation to reach such an advanced point in the vaccine approval timeline. “The FDA in the United States, I think, everyone realizes globally is the gold standard of regulatory function,” Fauci said in remarks to Sky News. He later retracted his statement to the BBC by adding that US officials just do things differently — but not better — than their British counterparts.

Meanwhile, US President-elect Joe Biden asked Fauci on Thursday to stay on during his incoming administration to serve on his COVID-19 team and be his chief medical adviser. Fauci, a seasoned public health veteran, has often clashed with outgoing President Donald Trump. Biden — who said he plans to ask Americans to wear masks for his first 100 days to prevent the spread of the coronavirus — also plans to be inoculated on camera, as fears grow that the virus will become far worse over the next month at the onset of winter in the northern hemisphere.

Within the European Union, Italy is opting for strict Christmas travel policies, as the government in Rome has decided to ban movement between the country’s regions between Dec. 21 and Jan. 6. A nighttime curfew will also be in place during that period. The announcement about holiday rules comes as Italy saw its highest daily coronavirus death toll — 993 fatalities — since the start of the pandemic. Prime Minister Giuseppe Conte urged Italians not to let down their guard and said the goal was to minimize risk of a “third wave.”

Hundreds of lawmakers from several dozen countries have signed a letter to Amazon CEO Jeff Bezos as part of the Make Amazon Pay campaign, alleging that the company has “dodged and dismissed … debts to workers, societies, and the planet.” The critical effort was launched on Black Friday, Nov. 27, by a coalition of more than 50 organizations demanding better working conditions and fuller tax transparency. The Seattle-based corporation has seen massive profits during the pandemic, with e-commerce taking off as retail sales from brick-and-mortar stores took a nosedive.

Meanwhile, Israel has urged its citizens to avoid travel to the Persian Gulf, citing the threat of terror activities by Iran in the aftermath of the assassiation of chief Iranian nuclear scientist Mohsen Fakhrizadeh. The announcement could put a damper on fresh regional optimism in some quarters after Israel normalization deals signed by the UAE and Bahrain. Thousands of Israeli tourists had been scheduled to visit the UAE during the Jewish holiday of Hanukkah in mid-December. The Israeli prime minister’s National Security Council also warned against travel to Georgia, Azerbaijan, Turkey, Iraqi Kurdistan — and Africa. 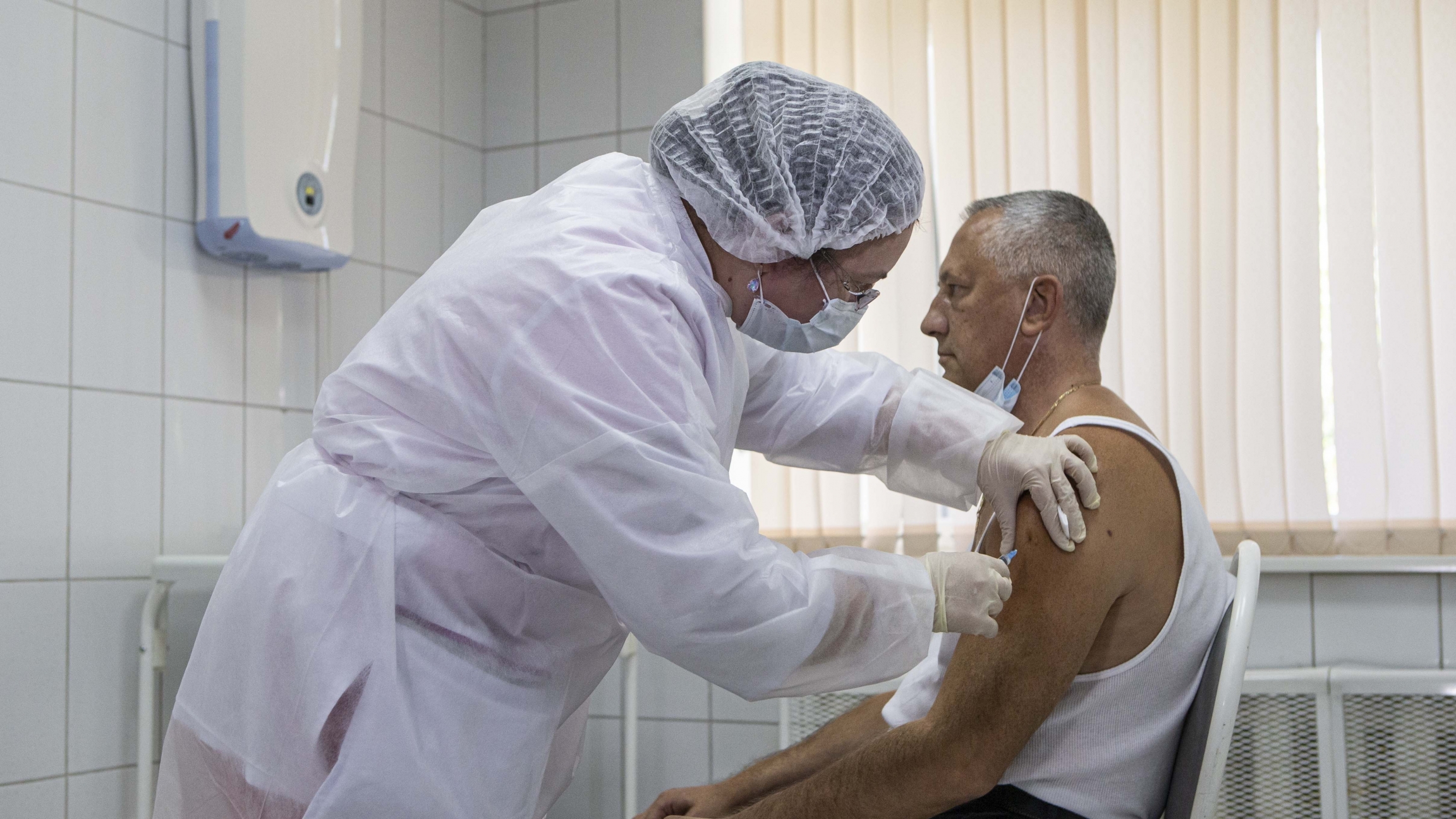 Once vaccines are distributed across the globe, people will need to agree to take them. The World spoke to Julie Leask, who researches vaccine hesitancy, on how to address people's questions. She said one of the most important things when people are thinking about taking a new vaccine is looking at what their peers, family and friends are doing.

"Seeing that other people are having the vaccine is starting to become normalized," she said.

"I think that will probably flip some of those people over who are on the fence right now and aren't quite sure what to do about it. Of course, there are going to be some people who will not ever vaccinate," Leask added. "Hopefully that's going to be a small number of people." 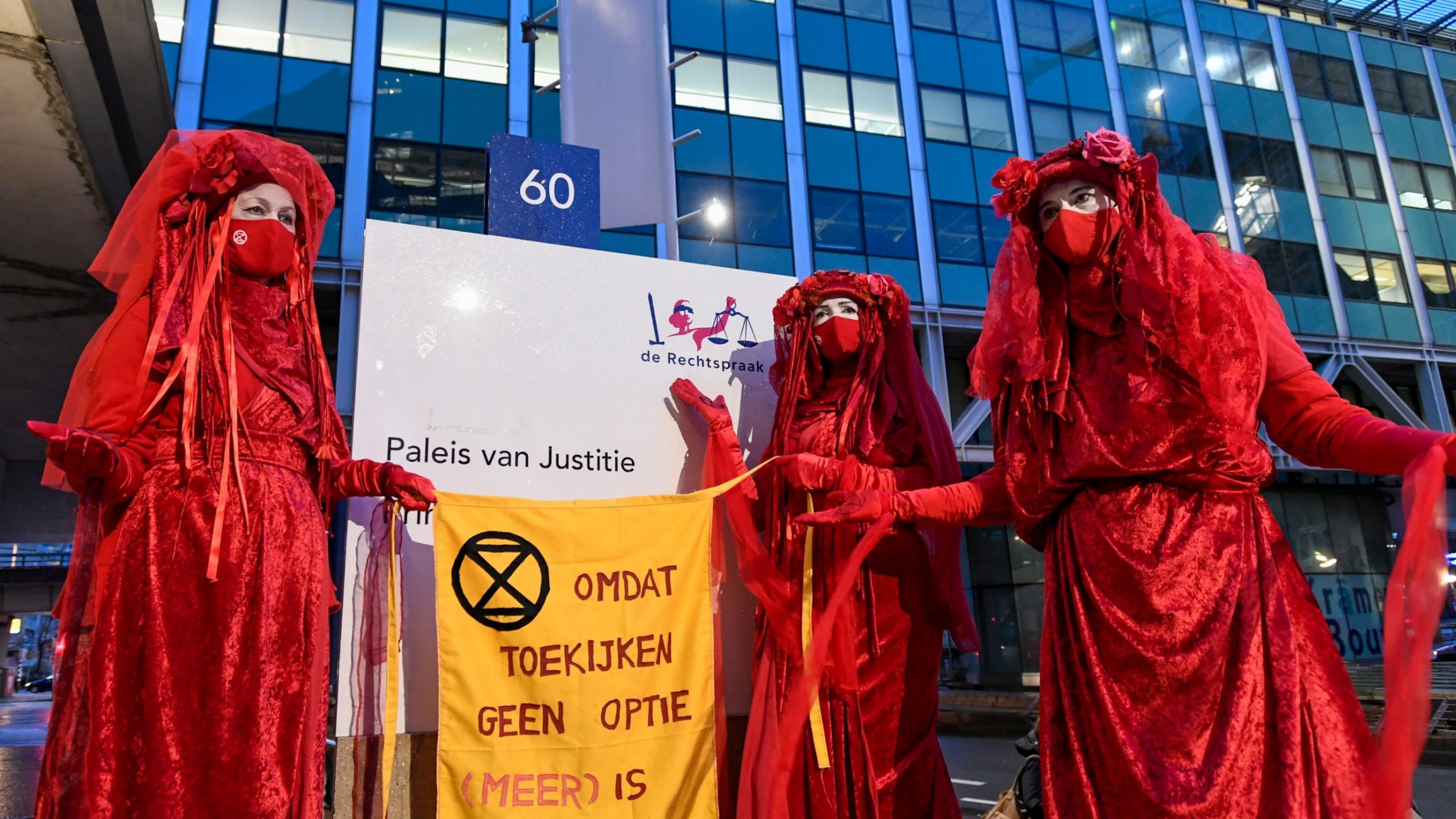 Environmental activists hold a banner that reads: "Because watching is not an option [anymore]," as they protest outside of a court during a hearing in a case environmentalist and human rights groups brought against Royal Dutch Shell to force the energy firm to cut reliance on fossil fuels, The Hague, Netherlands, Dec. 1, 2020.

Environmental groups try fresh legal tactics with a new lawsuit against Royal Dutch Shell in the Netherlands, and also the first-ever climate-related case at the European Court of Human Rights.

The plaintiffs want Shell to take a stronger stance against climate change, specifically to rein in the company's carbon emissions by 45% within a decade.

On Tuesday, China's space program successfully landed its Chang’e-5 robotic spacecraft on the moon’s surface. The lunar mission focused on collecting moon rocks that scientists around the world are hoping will help develop a method for determining the ages of other planetary and moon surfaces in the solar system. The spacecraft lifted off the moon's surface on Thursday after being on the ground for two days and is now headed back to Earth — with a terrestrial landing planned for Inner Mongolia later in December.

Congratulations to China on the successful landing of Chang’e 5. This is no easy task. When the samples collected on the Moon are returned to Earth, we hope everyone will benefit from being able to study this precious cargo that could advance the international science community. pic.twitter.com/2xoKouf3dq 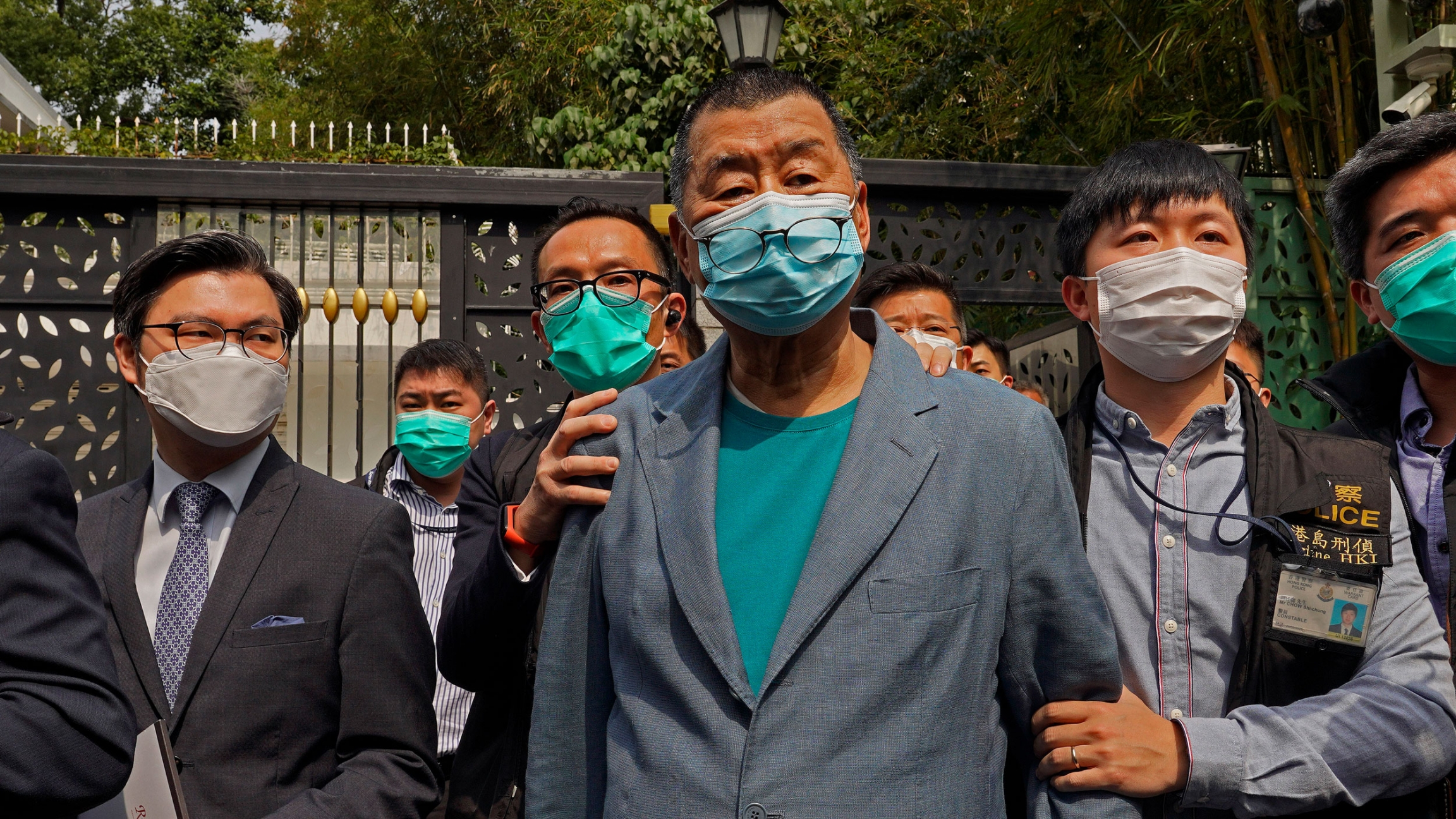 Several prominent Hong Kong pro-democracy advocates have been sent to jail. The crackdown has led many activists to seek exile. And, US policy toward Iran will be one of the major issues that President-elect Joe Biden will face and Iran’s nuclear program is already at the center of attention. Earlier this week, Iran’s Parliament passed a bill that would suspend UN inspections and boost uranium enrichment. Also, we remember Puerto Rican poet Miguel Algarín, the celebrated Nuyorican Poets Cafe.