Royal Dutch Shell, not just one of the globe's biggest energy companies but one of the biggest corporations in the world, is now being sued by a group of environmental organizations.

The plaintiffs want Shell to take a stronger stance against climate change, specifically to rein in the company's carbon emissions by 45% within a decade.

In another case, six Portuguese teenagers filed the first-ever climate-related case at the European Court of Human Rights, charging that 33 European countries have not done enough to prevent the impacts of climate change from violating their citizens’ human rights.

Joana Setzer, of the Grantham Research Institute on Climate Change and the Environment at the London School of Economics, has authored reports on climate litigation around the globe and joined The World's Marco Werman to discuss the latest developments.

Marco Werman: Who is behind the lawsuit against Royal Dutch Shell and what is their case?

Joana Setzer: This is an interesting case brought in the Netherlands by Friends of the Earth Netherlands and seven other organizations, together with 17,000 Dutch citizens who are called plaintiffs.

Which way could this case go? What are the possible verdicts?

This is a case that is very much inspired by a previous landmark case that was successful in the exact same court at The Hague in the Netherlands. In that case, the plaintiffs were asking the government to step up their ambition. This case is adapted to a case against corporations. They want the commitments made by the company to be consistent with global commitments such as the Paris agreement. So if they win, not only will the case be sending a strong message to oil companies and energy companies, but also to a wider set of actors in the corporate world that not only should they commit in words, but they also have to commit in practice. 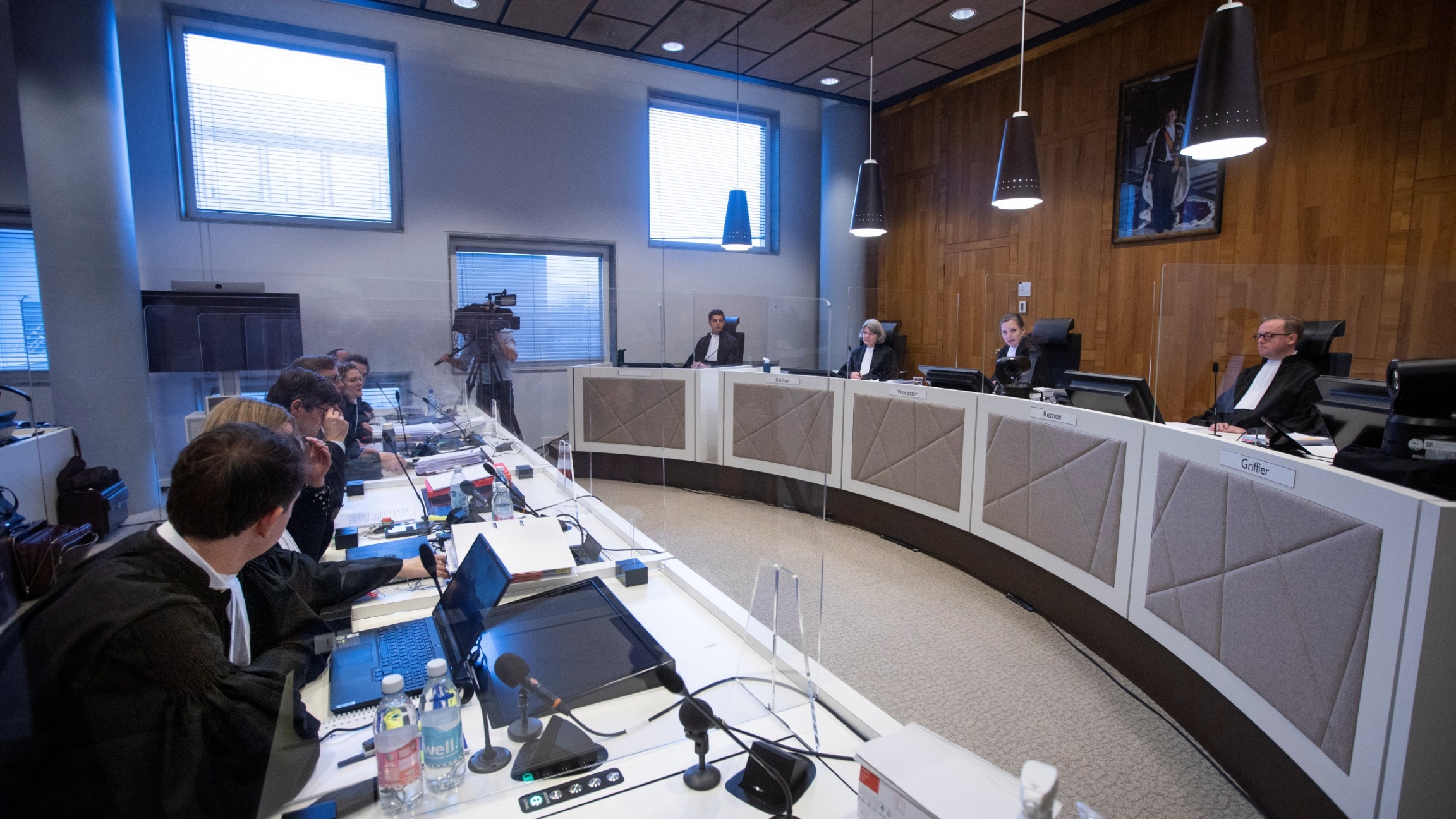 What happened to that other case at The Hague and what lessons should these plaintiffs draw from it in their lawsuit against Royal Dutch Shell?

What happened was that for the first time, a court told a government to do more. The understanding there was that protecting the climate and having more ambitious targets is a matter of human rights. So, the government had a duty of care to protect the citizens of the Netherlands, and indeed of the world. What happens if we transfer this same idea into the case against corporations is that corporations would have a duty of care to also protect the climate. So, it is really a big message and one that we will soon hear is likely to influence a number of other cases and corporate behavior.

A lawyer for Royal Dutch Shell made the point that Shell is working hard on the energy transition. They're developing a huge wind energy project in the Netherlands. They're working on green hydrogen projects. And the point he also made on behalf of the company is that "no single private party can change the energy system on its own, not even Shell." Doesn't he have a point? And how would the court take on that argument?

Well, he does have a point. Indeed, addressing climate change is not something that one single court will be able to do by itself. It's not something that one company can do. What is happening here with these lawsuits is that they are showing who the main actors are that have to make a difference, who have to change behavior. And these are governments and the major emitters. But that's not the end of the story. Of course, many others will have to change. And it's still very much a government policy issue. And it's not to say that this case is throwing all the responsibility or the liability to one single company. These cases are strategic. They come with a message. They have a strategy behind them — to point out, to single out a few of these actors. But they are far from being the only alternative and solution to the problem.

Related: Activists took the Irish government to court over its national climate plan — and won

To your point, also this week, the European Court of Human Rights has ordered 33 European countries to respond to a landmark climate lawsuit filed by six Portuguese teenagers. They're saying that governments are moving too slowly to reduce greenhouse gas emissions. Who are those teenagers? What governments are they pointing the finger at? And do you think they can win in the courts?

So, this is another very interesting case. A group of Portuguese children is arguing that governments in 33 European countries have not done enough to prevent the impacts of climate change from violating their citizens' human rights. This week, we had the court announcing that it will take the case to the next step, to the defendant countries, so they can respond to the arguments. We were saying it's not enough — one state or one company. This case tries to bring many more — 33 European states together — in a lawsuit that aims to have these states reducing their greenhouse gas emissions.

So we're talking about two climate action lawsuits that seem to have some energy behind them. But we should point out that last year a Berlin court threw out a lawsuit by three farming families in Germany. They said the government of Angela Merkel wasn't doing enough to tackle climate change. Why was that thrown out of court?

Most cases, to be honest, have not been successful. For the few cases that have been successful, there are hundreds that haven't been successful. And also there are hundreds of cases that are ongoing. For example, there is a case that was not successful in Switzerland, a case brought by a group of older Swiss women in May 2020. The Supreme Federal Court of Switzerland denied the case. And just this week, this group of women was then able to file another complaint. Now, the second one [is] to the European Court of Human Rights. What's different about the second one is that they can say that they have exhausted all the national remedies and therefore they are going to the European Court of Human Rights. With regard to the German case that you mentioned, it's another possibility that if they lose domestically, they can still try to file a complaint internationally, or indeed other cases can be filed. What I think this all shows is that it's really a gate that has been opened and there are new strategies, new approaches that are being tried. And if one loses, that does not necessarily mean that it's closing the door. The litigants have been very creative and they are filing cases against governments, against corporations, on many different bases, trying different remedies. So the possibilities are many.

The ones that were successful — on balance, what have they accomplished?

That's a good question because even if you get to victory in court, it doesn't mean that everything will change immediately. For example, there has been a successful case in Pakistan where the state was also told to basically implement the adaptation measures that were needed to protect vulnerable people in Pakistan. And the implementation hasn't been as immediate or as effective maybe as you would want to see. Similarly, in a case in Colombia, — despite the Supreme Court saying that the government had to reduce deforestation — the levels of deforestation continue to increase. So, unfortunately, having a decision in court will not necessarily or immediately translate into the change in policies that those lawsuits are trying to get.