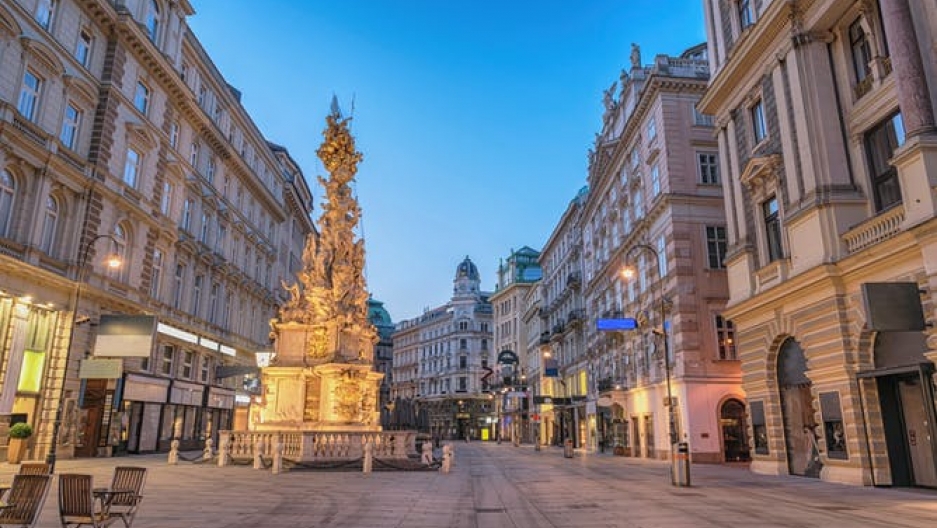 The iconography of the Pestsäule in Vienna indicates that the plague the city suffered was viewed as punishment for sin.

Editor’s Note: Dr. Emily Godbey is a professor of art and visual culture at Iowa State University. In this article, she discusses how plague monuments were used to commemorate victims of past disease outbreaks. She also looks at temporary memorials for COVID-19 and examines why plague memorials are not as prolific as war memorials.

Which disease outbreaks have been memorialized around the world?

Diseases like the bubonic plague, cholera, the 1918 influenza pandemic (“Spanish Flu”), AIDS, and even SARS have monuments, although some are more modest than others.

They are relatively uncommon, however, when compared with monuments to wars, political regimes, and more visible tragedies, such as 9/11 or the Holocaust. However, they are present in many places. 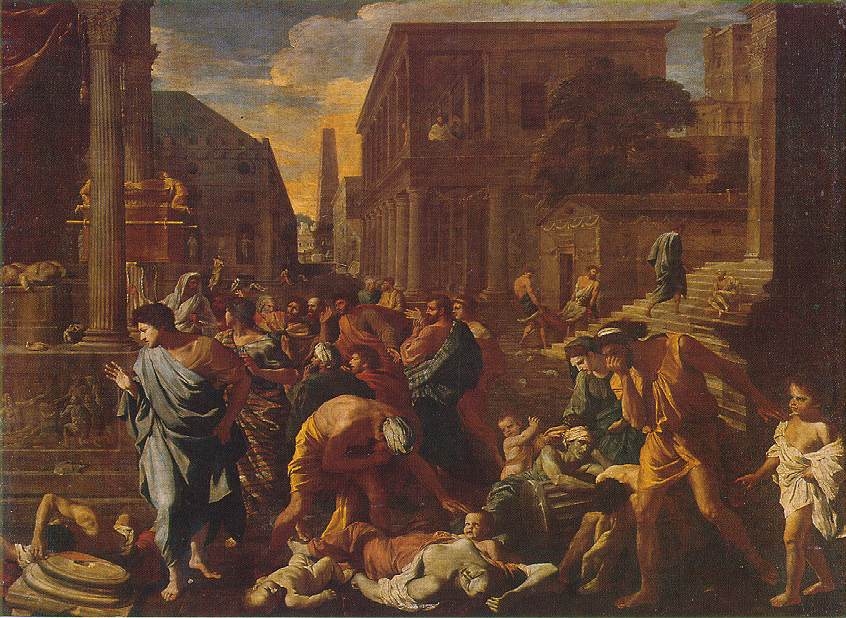 Poussin, The Plague of Ashdod, 1630. Poussin painted this during a plague that took place in Italy from 1629 to 1631, which influenced his portrayal of the epidemic.

What are some notable plague monuments and what do they commemorate?

The bubonic plague broke out several times in different parts of the world between the 6th century BC and the 19th century. It spurred a flurry of both memorial pieces and visual arts meant to persuade the heavens to spare lives. Spread by fleas carried by rats, the bubonic plague ravaged populations and enabled vast societal changes. Because modern disease theory was absent, witches, Jews, foreigners, miasmas (bad air) and even cats were cast as scapegoats. Plague was often seen as punishment for sin.

In response, Europeans erected altarpieces, churches and free-standing monuments to the disease. Paintings highlighted St. Roch, who usually bears the unattractive swellings (buboes) caused by the plague on his inner thigh. The Virgin Mary and St. Sebastian appear in numerous works as supplication to the heavens for help from this deadly pandemic. Churches were raised as thanks to God for lifting the plague, as in Venice’s Il Redentore (“The Redeemer”), because of a plague outbreak in which almost a third of Venice’s citizens died. Likewise, in the 18th century, Klagenfurt, Austria, installed an impressive, elaborate Pestsaüle (Plague Column) in front of a church. Baden and Heiligenkreuz in Austria also responded with public plague monuments. 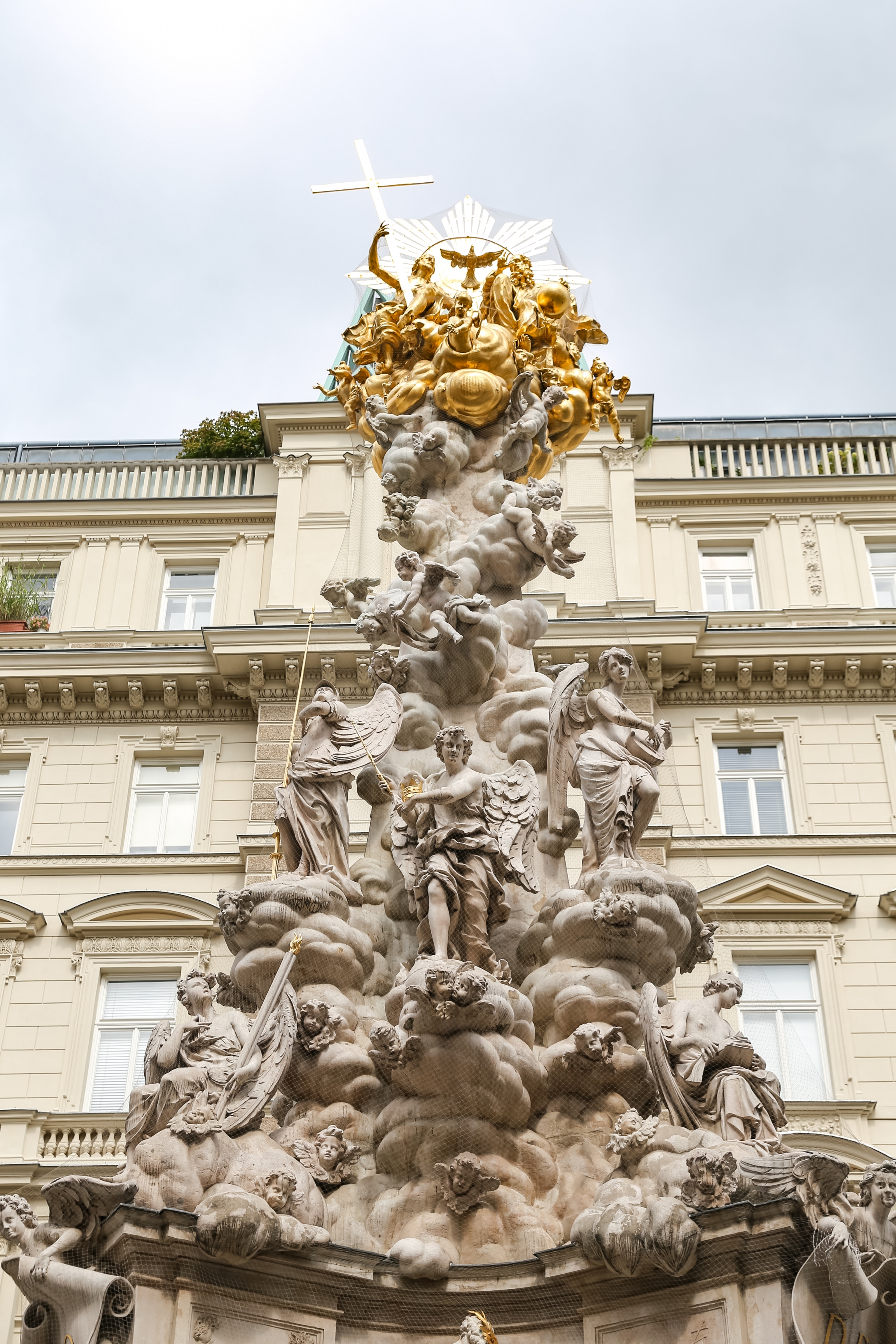 Monuments to cholera, a disease spread by unsanitary conditions and largely circulating through fecal-infested water, has remarkably few monuments, even though its toll in the 19th century was widespread and devastating. This is perhaps due to victims’ mass pit burials hastily arranged out of fear of contagion and lack of space.

There were delays in memorialization, as memorials were not built until several decades after the outbreaks. A 1913 monument was dedicated to the cholera victims of 1854 in Sheffield, UK. The town of Dixon, Illinois, raised a monument only in 2010; Barre, Vermont, has a recent granite bench, funded by a single couple.

Perhaps the most poignant, but small testimony to the loss of life is a disabled water pump on Broad Street in London, which was the nexus of cholera in 1854. This is the pump that allowed John Snow (a public health pioneer, not the one in “Game of Thrones”) to ascertain that it was contaminated water that infected people in the neighborhood. Ironically, those who preferred alcohol as their main beverage there were spared cholera, because those products were heated.

The 1918 influenza pandemic also has merited few visible monuments; modern scholars attribute their lack to the concurrent tragedy of World War I, even though the Spanish flu killed perhaps as many as 100 million individuals. Scholars have applied the terms “forgotten pandemic” and “mass amnesia” to the deadly flu, in part because the story was much harder to tell than ones of heroic, manly battlefield deaths in the war. One sad little cross marks the burial of 200 flu victims in Wales, Alaska, where the flu decimated the already small population.

Perhaps the most unusual monument to a pandemic is the 2003 “Soul-Consoling Stone” at the Animal Research Institute of the Chinese Academy of Medical Sciences in Beijing; instead of a monument to the humans who perished with SARS, the monument is to the research animals who were sacrificed in the laboratories. Hong Kong already has a memorial for the front-line workers who died from the SARS outbreak in 2003.

In contrast to the massive, expensive memorials dedicated to loss of life in war, 9/11 and the Holocaust, the devastating effect of AIDS in New York City is marked by a comparatively simple monument, built with much delay and far fewer funds, on the site of one of the hospitals first dedicated to treat that novel virus.

Will we see a memorial for victims for COVID-19?

What is the future of monuments dedicated to the victims of COVID-19, whose numbers grow every day? That is difficult to say with certainty, although we are already seeing temporary memorials to COVID-19 victims organized by artists and friends and families of victims. Some 20,000 American flags were placed on the National Mall in Washington, DC, when the death toll in the US passed 200,000 in September. Photos of victims were placed along Belle Isle Drive in Detroit as part of a “drive-by memorial” in Detroit. People in other cities around the country have also created temporary memorials. 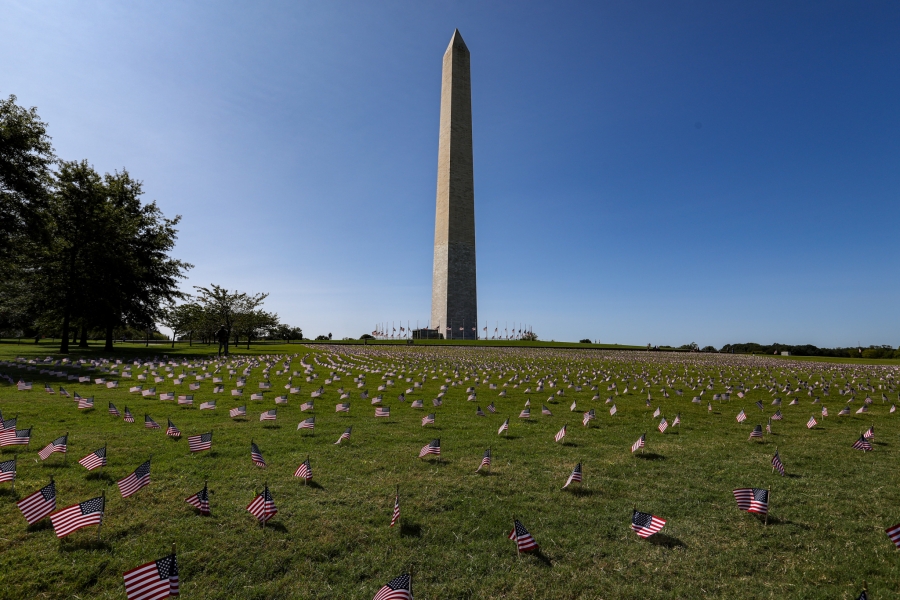 Because the true cause of a pandemic has, historically, not been easy to pinpoint, the victims do not die heroic deaths. And since the numbers of victims may be difficult to know, massive disease outbreaks are harder to conceptualize. As a result, they are harder to memorialize in a public way. However, we are in an era in which there is considerable public discourse about monuments — whether taking them down or putting them up, so COVID-19 may be the rule breaker in this regard.