Some Americans fear that the deep political divisions in the country and President Donald Trump’s determination to challenge the results of the election will cause civil war.

Those who object to Trump’s tactics argue that he behaves like an autocrat. Delegitimizing sources of information that resist his narrative, demonizing political opponents, supporting political violence and using courts as political tools are all hallmarks of dictators.

Much as the South rejected President Abraham Lincoln’s 1860 election with armed rebellion, will President Trump’s many supporters attempt to violently overthrow a Biden-led government?

I am a political scientist who studies public opinion and American politics. I believe the United States will not erupt in open rebellion. Here are five reasons: 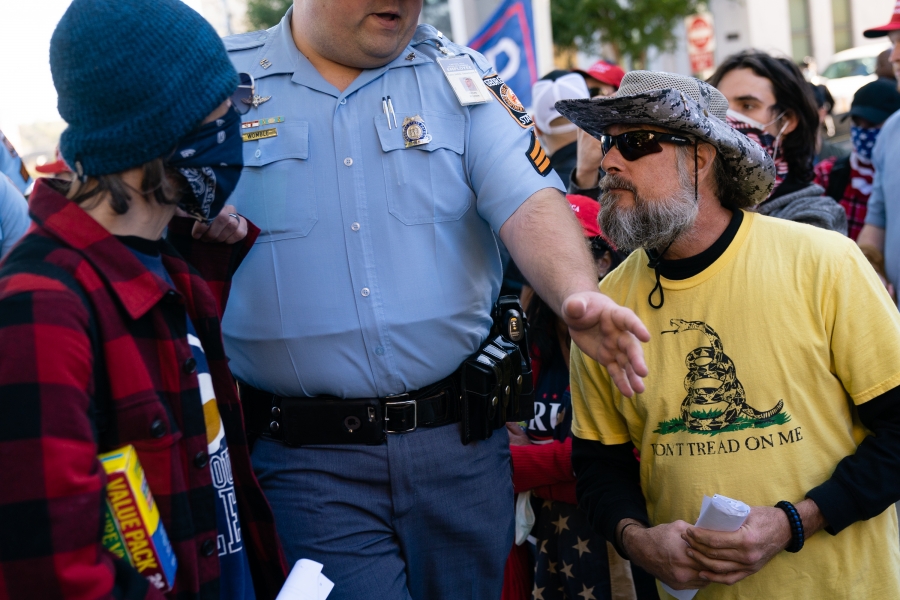 As the lawfully elected president of the United States, President Trump must follow certain rules and laws. This rule of law has continued even while he challenges the election. The courts are quickly dispatching judicial challenges as meritless and recounts are proceeding legally and normally. Despite the recent invitation of Michigan GOP legislators to the White House, state legislatures have not signaled any desire to upend the electoral process. While outcomes may frustrate the president, the legal process is being honored.

In contrast, before the Civil War, interpretation of the Constitution became contentious, states argued that the Union was dead and politicians fought in open combat in the Senate. Military officers resigned their commissions to support revolution. The current American political system has avoided such systematic conflict.

Of course, governments can be shaken by the will of their citizens. While President Trump’s supporters are vocal, they are organized around a cult of personality rather than any organizational structure. This limits their ability to overthrow systems of power. Compared with organizations that resisted the Vietnam War or Revolutionary War, they lack discipline and hierarchy. They also lack supplies and material to combat entrenched resistance, and can hardly be seen as dangerous to military and federal law enforcement, which as of Jan. 20 will report to Joe Biden.

2. Trump’s most vocal supporters enjoy little support from the powerful

The South rebelled with the full support of politicians, the plantation class and the small landholders. Nearly everyone embraced rebellion.

Currently, however, Wall Street does not embrace Trumpism and has nothing to gain from rebellion. While many Fox News commentators have covered allegations of voter fraud — claims that have often been debunked — the channel is hardly calling for violent revolution. President Trump actually finds them too moderate.

Many prominent Republicans are seeking to satisfy Trump supporters while also quietly backing a transition of power. Corporate America has not signaled any interest in entering the fray. Powerful communications platforms are resisting streams of misinformation.

The powerful do not support revolution. 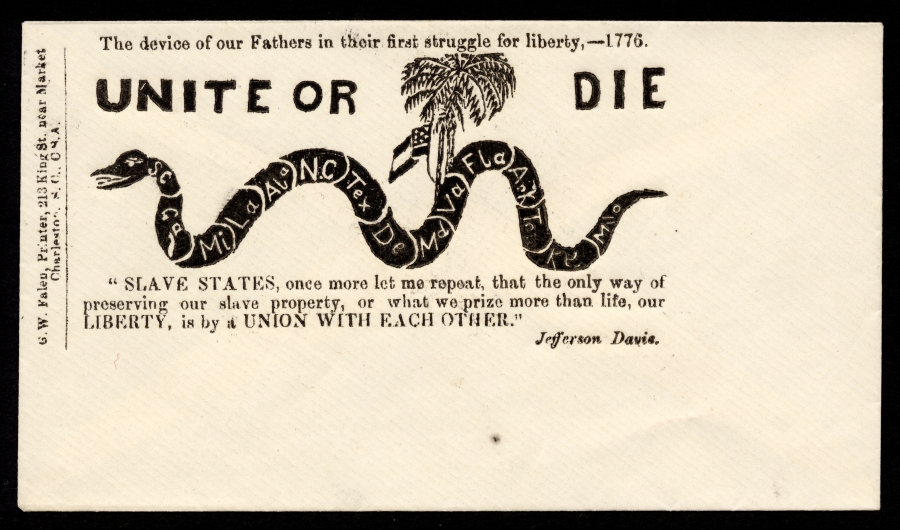 3. The geography of pro-Trump support does not favor rebellion

In 1861, although the border states were heavily divided, the Confederacy was unified in rebellion. Anti-war sentiment in the North was generally sporadic and mostly anti-draft rather than pro-Southern.

In short, the North and South were relatively unified, quite adversarial, and ideologically polarized. In the South, this made arming and preparing for insurrection easy. It also made the rebellion difficult to quell. 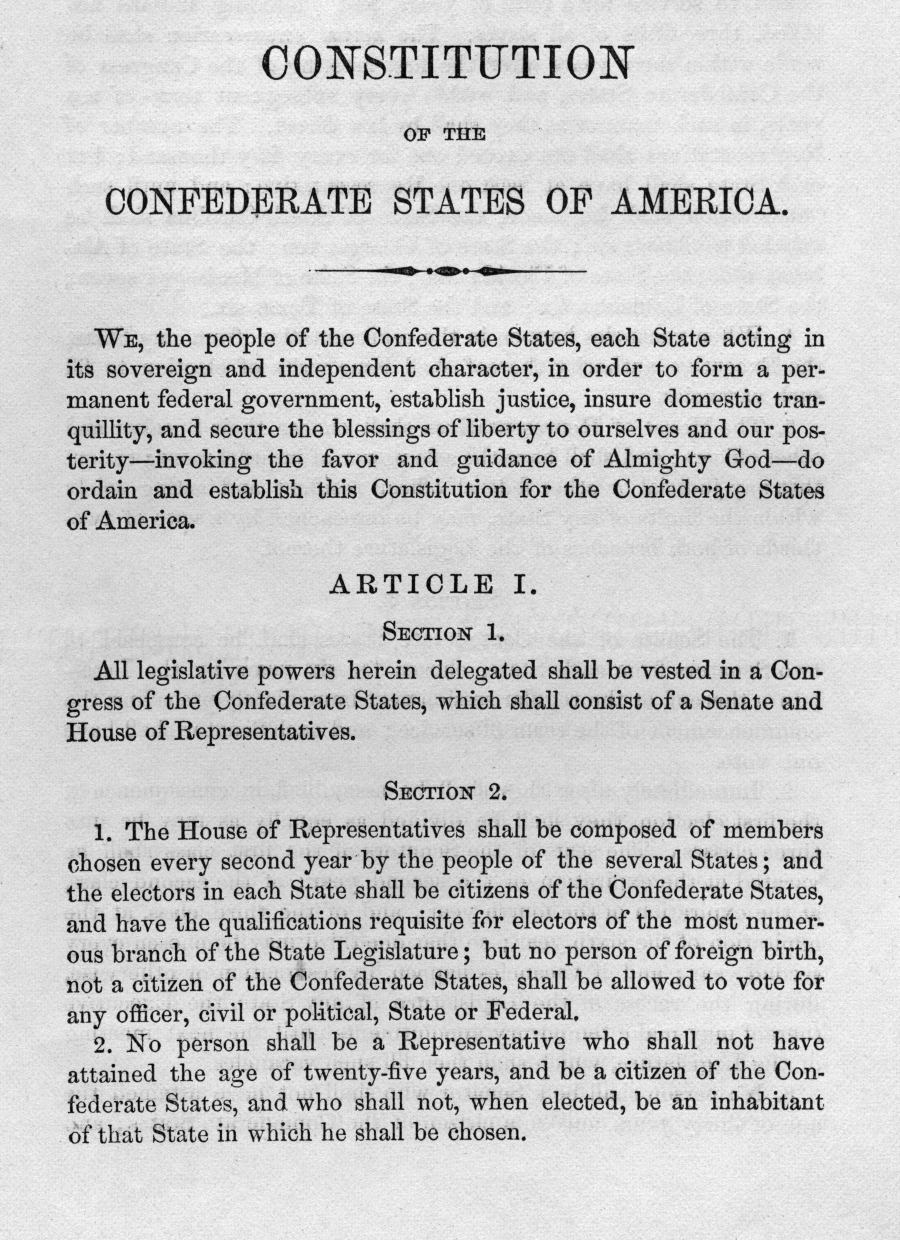 The geography of those strenuously contesting the 2020 election is far less uniform. Blue metropolitan areas dot the map throughout the country. Demonstrators do not represent the views of all Republicans. And even in a deep-red state like North Dakota, almost 32% of voting residents chose Biden. This geographical diffusion of ideology makes organized rebellion extremely difficult.

4. The military is loyal to the office, not the man

When governments are overthrown, at least some elements of the military must be supportive. In the US Civil War, both commanders and soldiers joined the rebellion.

This seems implausible in the contemporary United States. Trump’s mismanagement and disrespect toward enlisted soldiers and the generals have been notable, and he keeps firing very popular commanders and replacing them with political surrogates. Privately, many generals are eager for his presidency to end, and most are unlikely to execute any unlawful orders. Some have even criticized his politicization of the military.

Certainly, the president can dismiss officers and appointees he believes are personally disloyal to him, such as former Secretary of Defense Mike Esper and Cybersecurity and Infrastructure Security Agency Director Christopher Krebs. Yet the military at large has not demonstrated unwavering loyalty to Trump, and appears to remain loyal to the office and rule of law.

In extending increased protection to Joe Biden, the Secret Service has demonstrated this too. 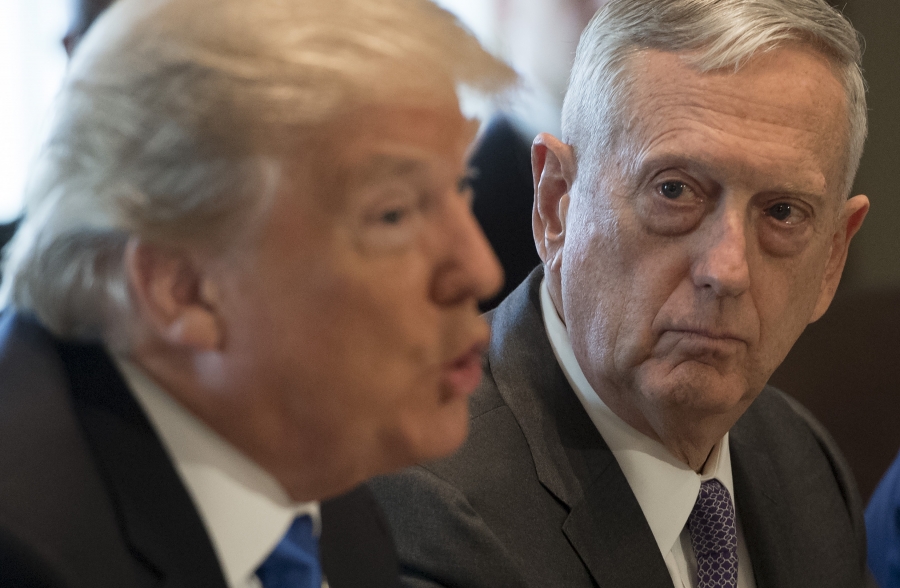 Finally, the social upheaval of the present day should be placed in historical perspective. Compared with the 1860s, or even the 1960s, civil disorder is tame at best.

Protests have been mostly orderly. While there has been some violence at recent demonstrations in Washington and leftist-led disturbances on the West Coast, the violence is far less dramatic or widespread than in previous periods. Consider, for instance, violence at the 1968 Democratic Convention, the 1970 shootings at Kent State, or John Brown’s bloody raid on Harpers Ferry in 1859. If things were going to fall apart, city halls and statehouses would be occupied, National Guardsmen would throw down their weapons and join a revolution and violence would escalate beyond control. We simply are not there.

Without a doubt, the president’s attempts to undermine faith in the integrity of the election are dangerous to democracy. Legal processes to ensure that every legal vote is counted will proceed. And, without a doubt, Trump and his surrogates will continue to focus on small details, broad generalizations and debunked theories to cast popular doubt on the legitimacy of President-elect Biden. They will try to delay vote certification, nullify state results and push the election to the House, where the president would win.

This is their right in a democracy. Yet, for the moment, the system appears poised to hold together. The months ahead will be turbulent, but civil war is unlikely.