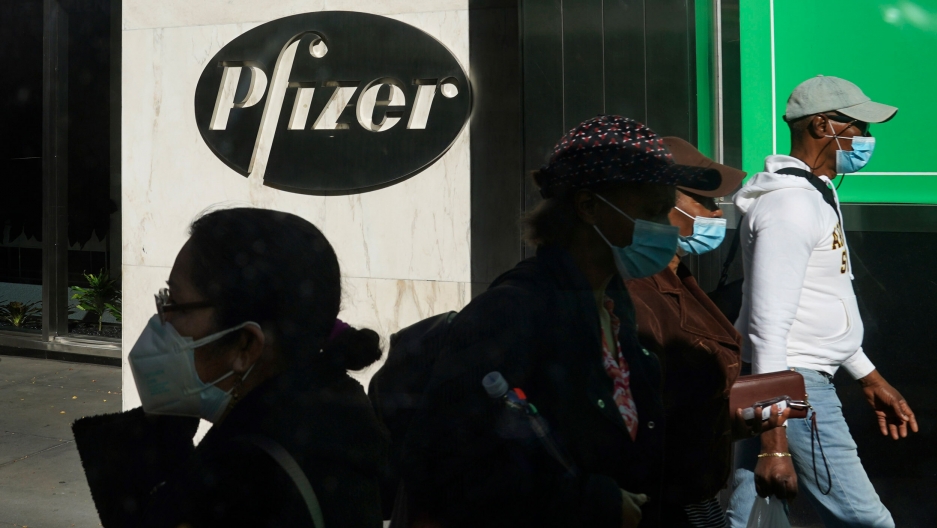 Pharmaceutical giant Pfizer has ended its COVID-19 vaccine trial with a 95% success rate, the company said Wednesday. With the strong results, Pfizer will move forward with a quick application for emergency use authorization with the Food and Drug Administration. The efficacy rate for the late-stage tests surpassed the 90% figure from the company’s interim numbers.

With 43,000 volunteer participants, there were 170 cases of the coronavirus. But only eight people who contracted the disease had been given the real shot, with the other 162 receiving a saltwater placebo. Of the 10 individuals who experienced severe COVID-19, only one had gotten the actual vaccine. Pfizer expects to produce 50 million vaccine doses this year, and then as many as 1.3 billion doses in 2021.

Pfizer’s vaccine is being developed with German partner BioNTech and saw consistent results across age and ethnic groups. Adults over 65 — exceptionally vulnerable to the coronavirus — had an efficacy rate of 94%. The company said side effects for its vaccine were just mild to moderate and did not linger. Older people, with less strong immune systems, ironically tended to report fewer adverse events from the trial.

Moderna released preliminary findings Monday — 94.5% effectiveness — for its similar vaccine, which also relies on messenger RNA technology. The findings have both boosted hopes that an epidemiological end to the pandemic is nearer than expected, as government officials plan how to roll out the inoculations. But logistical and political obstacles could still slow down the distribution process.

Acting US Defense Secretary Christopher Miller announced Tuesday that President Donald Trump has ordered the Pentagon to reduce the troop presence in Afghanistan and Iraq by Jan. 15, just days before President-elect Joe Biden is inaugurated. The number of forces in Afghanistan will drop from 4,500 to 2,500, and the total US service members in Iraq will be cut from 3,000 to 2,500. Meanwhile, in another rash move by Trump prior to leaving office, the president fired a Department of Homeland Security official, Chris Krebs, the director of the Cybersecurity and Infrastructure Security Agency, who had denounced claims of voter fraud in the presidential election.

And, the Federal Aviation Administration (FAA) cleared Boeing’s 737 Max jet to fly again after being grounded for 20 months. Back-to-back crashes involving faulty plane software killed 346 people in Indonesia and Ethiopia. “Boeing’s design changes, together with the changes to crew procedures and training enhancements, will give them the confidence to validate the aircraft as safe to fly in their respective countries and regions,” the FAA said in a statement. 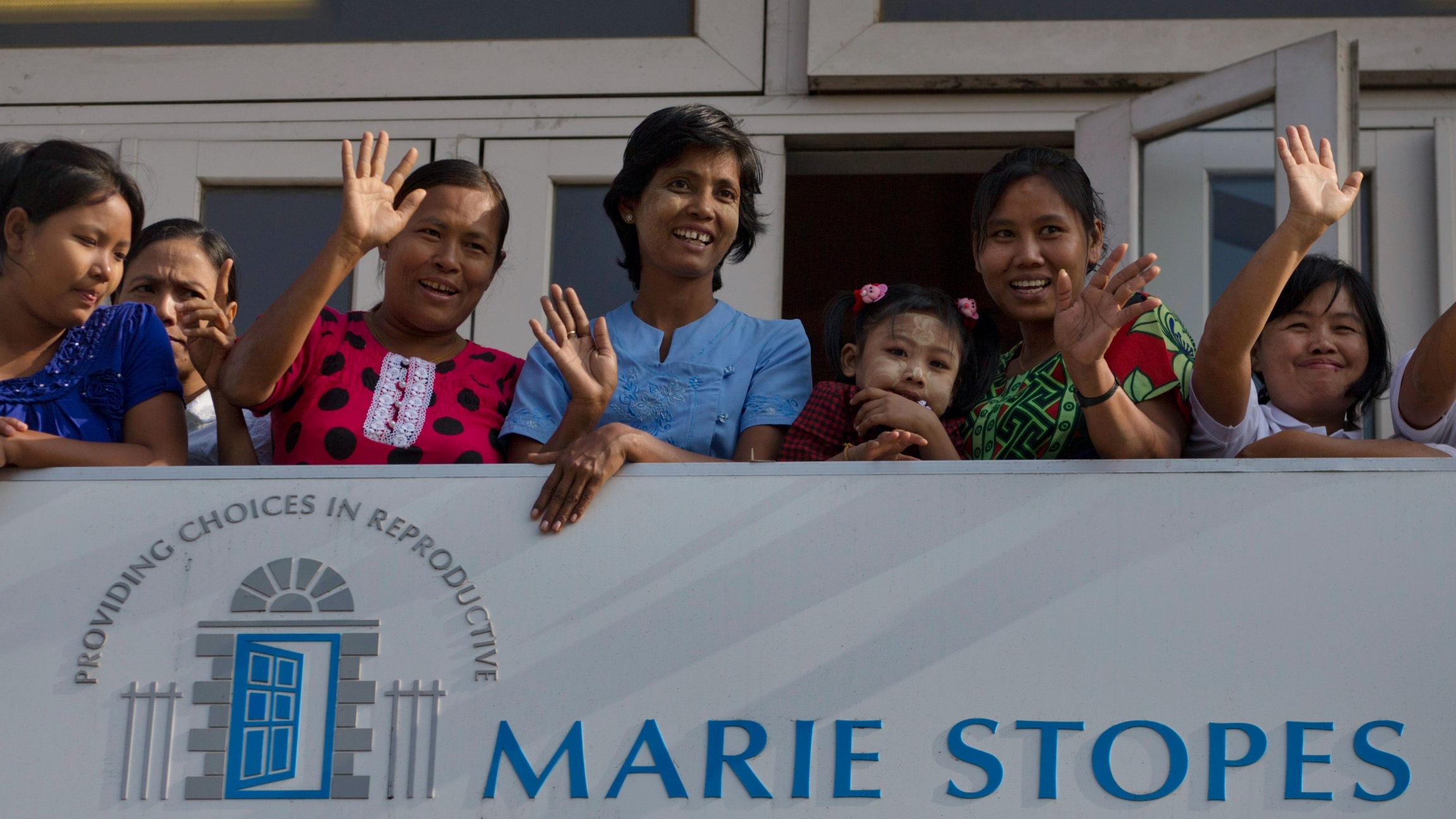 Marie Stopes International, a top global health organization, announced a name change because their namesake, Marie Stopes, was a supporter of eugenics. The organization is now MSI Reproductive Choices, and its CEO, Simon Cooke, told The World's Marco Werman that the organization never had a direct connection to Marie Stopes, apart from the fact that they took over her original clinic in London. But more broadly, Cooke said, Stopes' values were not compatible.

"Marie Stopes is a person who was born in 1880. She was certainly a woman of her time, an acknowledged family planning pioneer, an extraordinary woman in many ways," Cooke said.

"But ... she did have extreme views on eugenics, as many people did at the time. And we felt that those views were not really compatible with MSI's values and principles today and hence the need for the change of name." 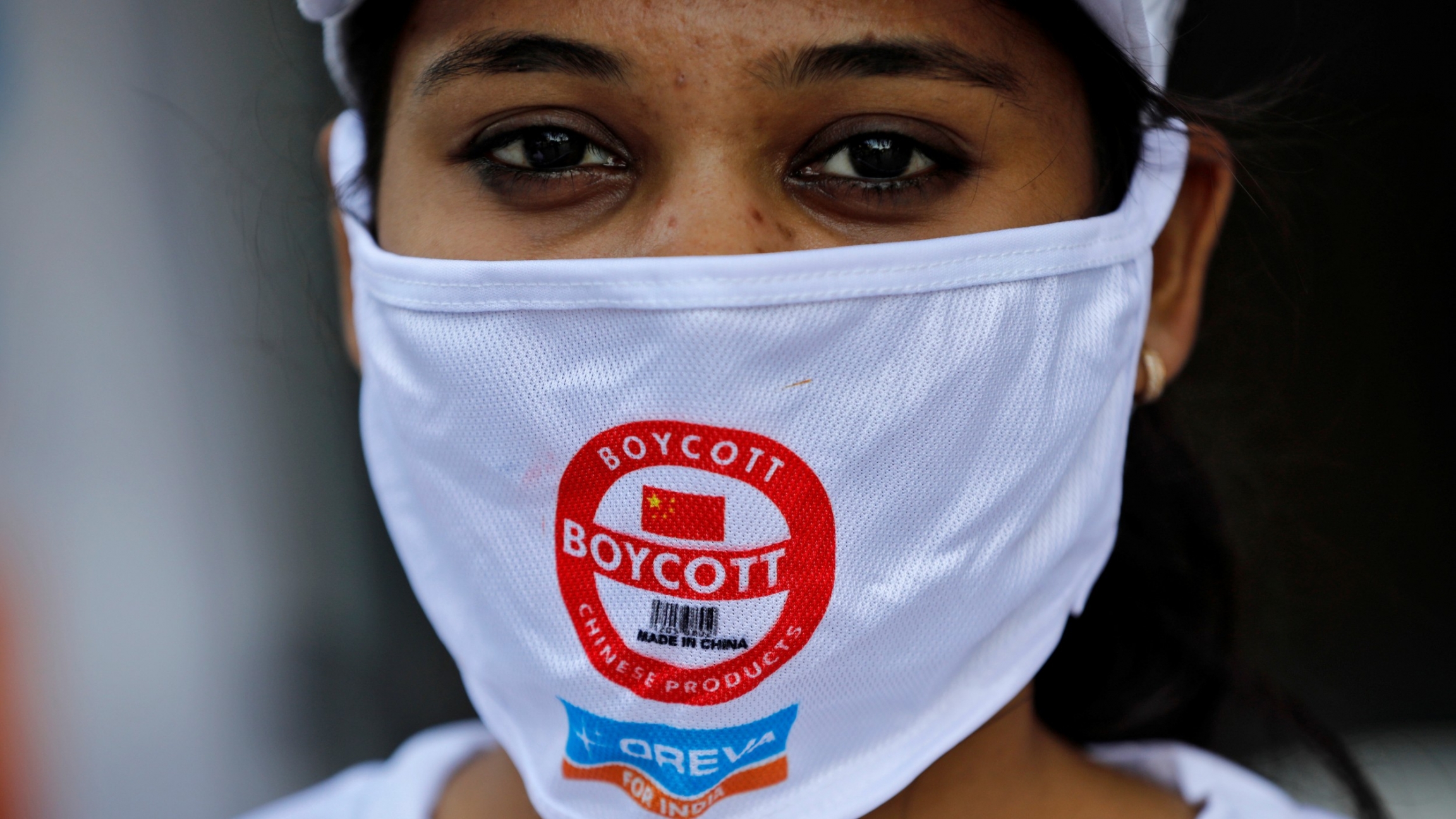 A demonstrator wearing a protective face mask with a message attends a protest demanding to boycott China-made products in Ahmedabad, India, Nov. 6, 2020.

Leaders in Delhi have resisted Beijing’s efforts to pull India into networks that China leads or dominates, including the Belt and Road Initiative and China-Pakistan Economic Corridor.

Like many around the world forced online for remote schooling, connecting with class and teachers can be a struggle. But Alexei Dudoladov, in the remote Siberian village of Stankevichi, has had to get pretty creative. Dudoladov, a student at the Omsk Institute of Water Transport, located more than 1,300 miles east of Moscow, has to hike out to a nearby forest and climb to the top of a snow-covered birch tree to connect on Zoom. His frustration led to TikTok and Instagram posts that have drawn worldwide attention.

Listen: Peru chooses its third president in a week amid political crisis 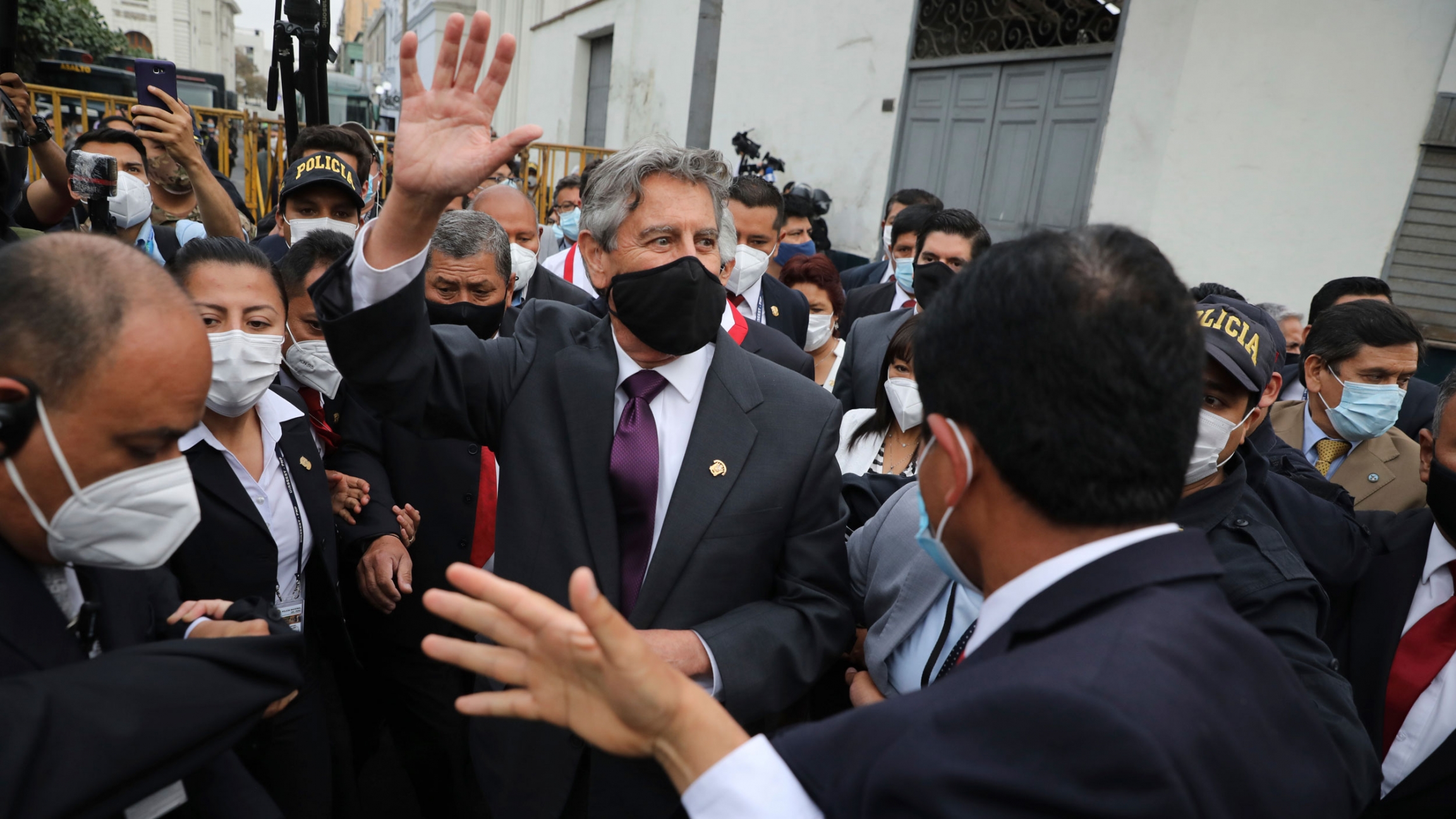 Peru's new President Francisco Sagasti waves to the crowd after he was designated by Congress to lead the nation, in Lima, Peru, Nov. 16, 2020.

Peru appears to be emerging from a political crisis. The new President Francisco Sagasti — who is the third president in a week — is someone who many hope will restore some stability to the country. And, Hurricane Iota made landfall in Nicaragua on Tuesday and is expected to bring up to 30 inches of rain onto already saturated areas, creating life-threatening flash flooding. Also, a new monument in Berlin of a Korean "comfort woman" is aggravating a deep rift between Japan and South Korea, with Germany stuck in the middle.