Symptoms of depression, anxiety and obsessive-compulsive disorders have emerged or worsened for many during the pandemic. This is no surprise to clinicians and scientists, who have been promoting worldwide access to mental health information and resources.

But what effect has the pandemic had on another common but often misunderstood problem: hoarding? The issue first received attention when people piled up paper towels, toilet tissue and hand sanitizer in their shopping carts at the start of the pandemic, leading some people to wonder whether they or a loved one were showing signs of hoarding disorder.

The short answer is: Probably not. Hoarding disorder goes beyond stockpiling in an emergency. I am a psychiatrist at the University of Florida and the director of the Center for OCD, Anxiety and Related Disorders. I also recently authored a book on hoarding disorder. My work focuses on identifying the causes of hoarding and its impact on individuals and on society. 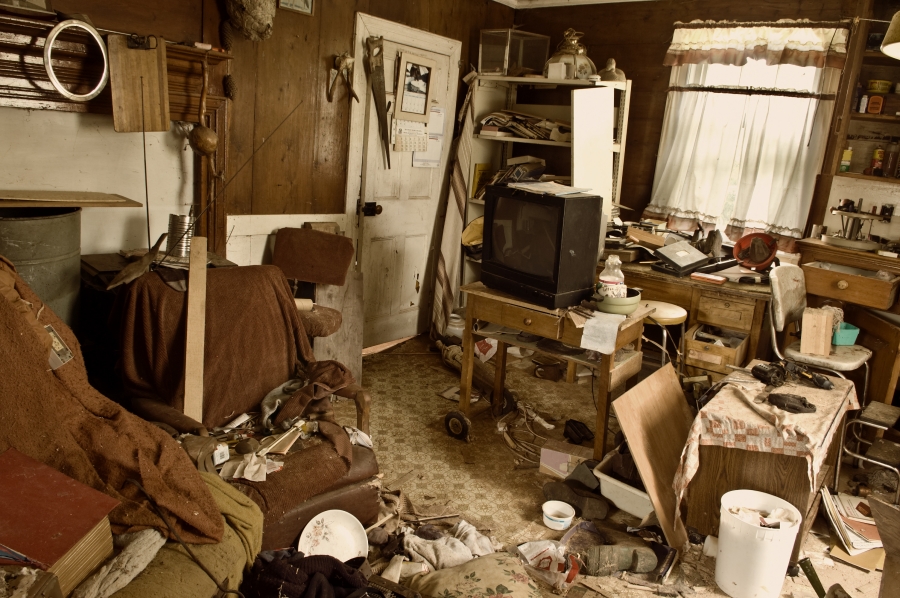 Millions of Americans have hoarding disorder, a serious psychiatric illness.

Although often sensationalized in the popular press as a behavioral oddity, hoarding disorder is a serious psychiatric illness affecting more than 13 million American adults. The cause is a complex interaction of biological and environmental factors. Doctors have known about hoarding for centuries, although the disorder was only formally recognized by the psychiatric community as a distinct psychiatric illness in 2013. Perhaps the most famous person who had a hoarding disorder was Howard Hughes.

The disorder is chronic and often lifelong. Although symptoms typically begin in adolescence, they usually do not become problematic until mid- to late adulthood. No one knows exactly why the disorder takes so long to manifest; perhaps as those with hoarding symptoms get older, their ability to decide what to discard becomes increasingly impaired. Or they might have fewer people around, like parents or spouses, to encourage them to get rid of unneeded items.

What is clear is that the increase in hoarding behaviors across one's lifespan is not just a result of a lifetime’s accumulation of clutter. About 7% of adults over age 60 have problematic hoarding; that’s one in every 14 people.

And contrary to popular belief, the defining feature of hoarding disorder is not clutter. Instead, it is the difficulty in discarding what’s no longer needed. The most commonly hoarded items are everyday belongings: clothes, shoes, containers, tools and mechanical objects like nails and screws, household supplies, newspapers, mail and magazines. Those with the disorder report feeling indecision about what to discard, or fear the item will be needed in the future.

This trouble in disposing of items, even common items like junk mail, plastic bags and plastic containers, leads to the accumulation of clutter. Over time, living and work spaces become unusable. In addition to affecting living spaces, hoarding also causes problems between spouses, between parents and their children, and between friends. At its worst, hoarding can also impact one’s ability to live and work.

Hoarding disorder has a substantial impact on public health, including not only lost work days but also increased rates of medical illness, depression, anxiety, risk of suicide and cognitive impairment. As many as half of those suffering from hoarding disorder will also suffer from depression, and 30% or more will have an anxiety disorder.

Hoarding-related clutter in homes increases the risk of falls, pest or vermin infestation, unstable or unsafe living conditions and difficulty with self-care. It may stun you to know that up to 25% of deaths by house fire are due to hoarding. 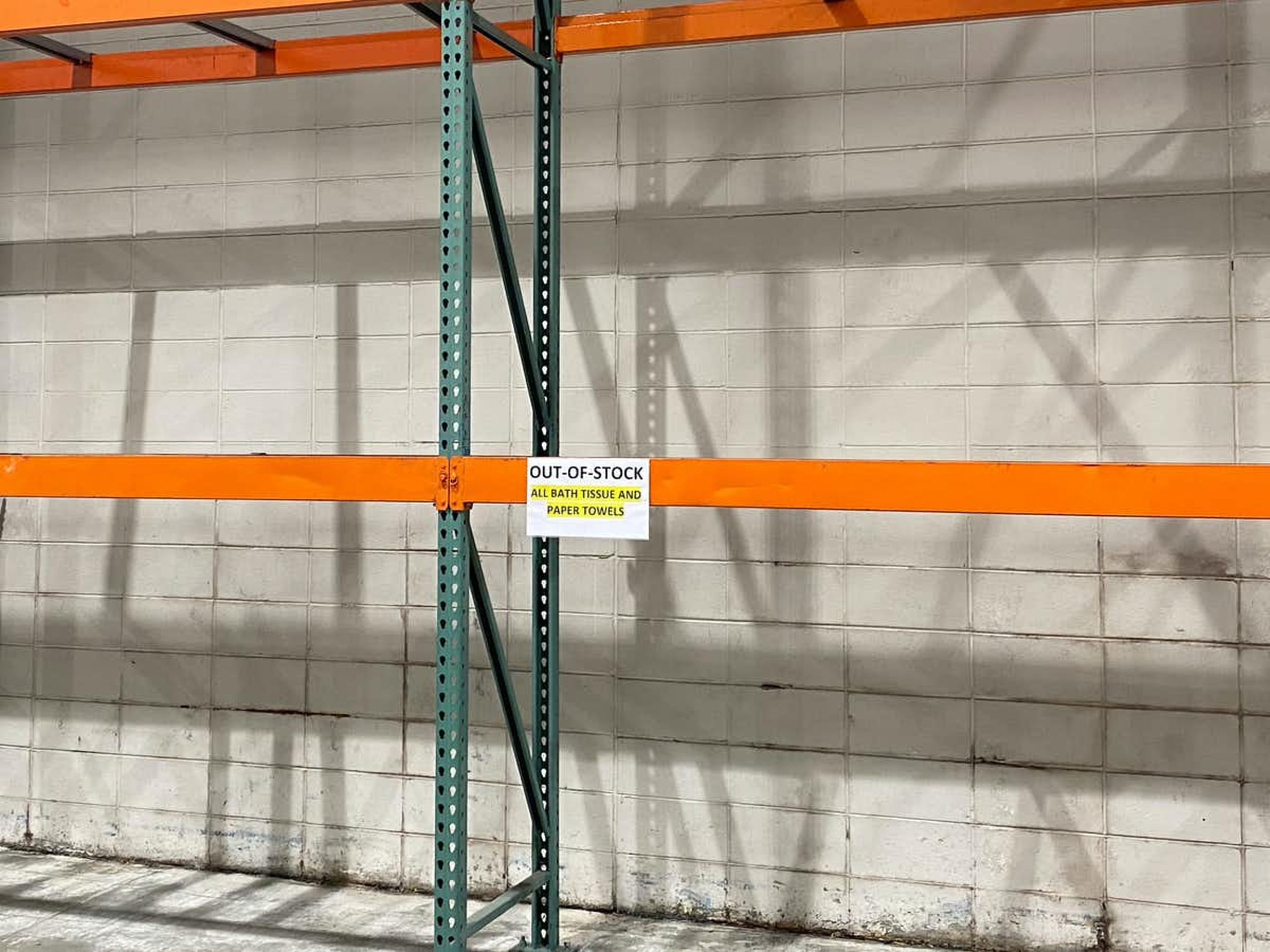 Because of excessive stockpiling and panic buying, many stores across the US have run out of common household items during the pandemic.

What is the difference between stockpiling, panic buying and hoarding? Will someone who stockpiled toilet paper and hand sanitizer in the early days of the pandemic develop hoarding disorder? Or are they instead rational and thoughtful planners?

While these terms are often used interchangeably, stockpiling and panic buying are not symptoms of hoarding disorder. Nor are they necessarily the result of a psychiatric or psychological condition. Instead, stockpiling is a normal behavior that many people practice in preparation for a known or anticipated shortage. The goal of stockpiling is to create a reserve in case there’s a future need.

That said, stockpiling can be excessive. During a crisis, it can lead to national shortages of essential items. This occurred early in the pandemic, when people bought toilet paper in large quantities and emptied store shelves for everyone else.

Ironically, the more media attention on stockpiling, the more it triggers additional stockpiling. People reading about a potential shortage of hand sanitizer will be driven to buy as much as possible until it’s no longer available for weeks or months.

While stockpiling is planned, panic buying is an impulsive and temporary reaction to anxiety caused by an impending crisis. Items, even if unneeded, may be purchased simply because they are available on store shelves. Panic buying may also include purchasing enormous quantities of a particular item, in volumes that will never be needed, or emptying a store shelf of that item. Panic acquiring, which involves getting free things through giveaways, food pantries or scavenging, also occurs during a crisis.

Unlike those with hoarding disorder, panic buyers and stockpilers are able to discard something no longer needed. Usually, after the crisis has passed, they can easily throw or give these items away.

How to get help

For some with hoarding disorder, the pandemic has made it even harder to dispose of unneeded items. Others find their material belongings provide comfort and safety in the face of increased uncertainty. Yet others have used the lockdowns as a reset — time to finally declutter their home.

If you or someone you know has problems with hoarding, help is available. Resources are on the American Psychiatric Association website and at the International OCD Foundation.