Ahmed Sohail Haqyar has always been kind of a computer nerd.

Growing up in Afghanistan, his father would bring home old computers and Haqyar would tinker with them.

“Most of the time, I would really mess them up [but] it was interesting to me.”

“Most of the time, I would really mess them up [but] it was interesting to me,” Haqyar, now 18, told The World from the Athens-area apartment where he lives with his mother and siblings.

Haqyar and his family fled Afghanistan in 2015 and came to Greece to seek asylum. At the refugee camp where they were placed when they first arrived, Haqyar made a friend who later told him about a free, coding boot camp for refugees. He decided to give it a try.

“And it was... life-changing for me,” Haqyar said.

Haqyar took a course offered by Social Hackers Academy, an Athens-based nonprofit organization that was founded in 2017. SHA is one of several efforts that have emerged in Europe, the Middle East and elsewhere in recent years to equip asylum-seekers and recognized refugees with on-demand computer programming skills.

Today in Greece, there are more than 120,000 asylum-seekers and recognized refugees. For this population, education and work opportunities are limited.

That’s something that SHA wanted to address: “I was interested in education — to make social change through education,” said Damian Vavanos, one of SHA’s three co-founders and CEO. 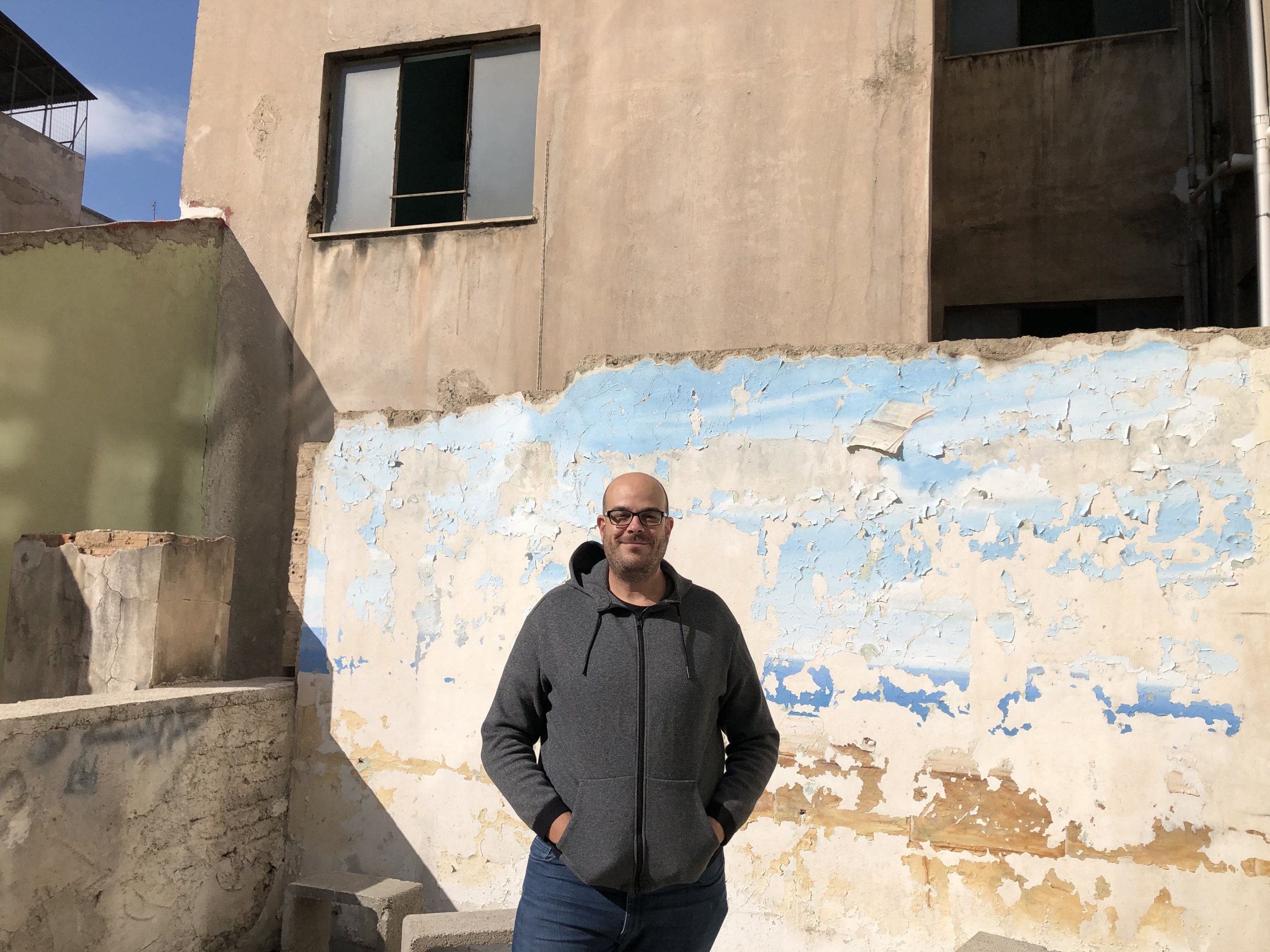 Damian Vavanos co-founded Social Hackers Academy in 2017 and is now the nonprofit’s CEO.

SHA, which initially offered its program exclusively to refugees, has since opened up the training to migrants and long-term unemployed people in Greece.

Greece has one of the highest — if not the highest — unemployment rates in the EU. And that’s expected to get worse because of the pandemic. But SHA is banking on the fact that software developers are in high demand all around the world, and that they can do their work remotely.

Right now, the classes are being offered online because of COVID-19, and the program focuses most heavily on front-end development.

SHA is also gearing up to bring classes to students outside of Greece by expanding to refugee camps around the globe.

“We have a new mission… to democratize access to quality education and the labor market.”

“We have a new mission… to democratize access to quality education and the labor market,” Vavanos said.

Over the course of seven months, Haqyar learned full-stack development: how to build the front and back-end of websites. To graduate from this program, Haqyar had to do a project — his was a social media platform for nongovernmental organizations — so he walked away with a small portfolio. The program also gave him help on his resume and interview skills.

“It’s definitely given me confidence to … stand up with my shoulders back because, you know, when you go from somebody who doesn’t know anything to somebody who has at least one skill, it’s a huge change,” said Haqyar, who completed the course this past April.

Related: 'We don't want another lost school year': Widespread protests in Greece over lack of coronavirus safety in schools

Now, Haqyar works as a developer for a company in London, remotely.

He’s not the only one who has found success through the program: Of the 150 students who have gone through the course, 60% have found jobs in a relevant field, according to SHA.

“It’s quite challenging but I really enjoy it,” said Kiuri Negrau, one of the students in the current cohort. Negrau, a former events manager who moved to Greece from Mozambique three years ago because his partner is Greek, has not been able to find work. 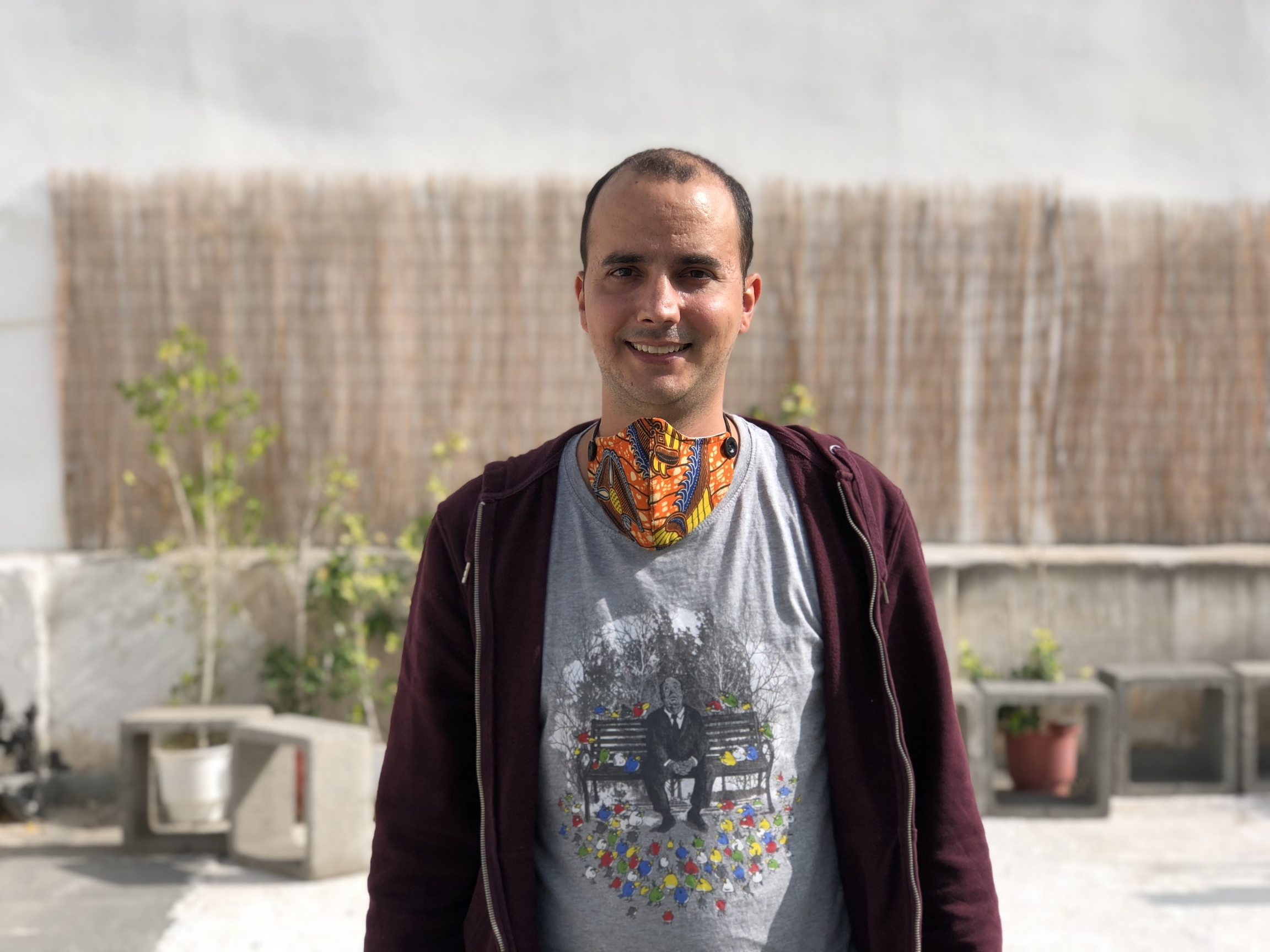 Kiuri Negrau is one of the students currently taking a front-end development course through Social Hackers Academy. Classes are now online because of the pandemic.

“It’s [been] very difficult, either because of the economy or the language barrier that I have. I’m still trying to learn Greek.”

‘We want to be everywhere’

These kinds of coding courses became more popular in the aftermath of the 2015 European migrant crisis, said Alice Schaus, an associate regional innovation officer with the UNHCR Innovation Service.

Code Your Future is another program catering to “refugees and disadvantaged people,” according to its website.

“The idea of equipping asylum-seekers or refugees with highly in-demand digital skills was just very attractive. A lot of the asylum-seekers who came from the Middle East were quite skilled as well…so it was seen as kind of a win-win for both refugees and potential employers in the tech sector.”

“The idea of equipping asylum-seekers or refugees with highly in-demand digital skills was just very attractive. A lot of the asylum-seekers who came from the Middle East were quite skilled as well…so it was seen as kind of a win-win for both refugees and potential employers in the tech sector,” Schaus said.

Schaus, who has done fieldwork on coding programs within refugee camps in Rwanda and Malawi said there are unique challenges for classrooms in those settings, such as acquiring sustainable power supply, adequate internet service and other equipment such as laptops for students. Schaus says that in order for students to succeed, sustained access to technology, soft skills training and clear pipelines to work are key.

To address some of these challenges as it expands into two refugee camps in Kenya, SHA is working with NGOs already on the ground in those camps. The nonprofit says it hopes to have classes up and running there by the end of the year.

“We want to be everywhere. Everywhere that people need us,” Vavanos said.