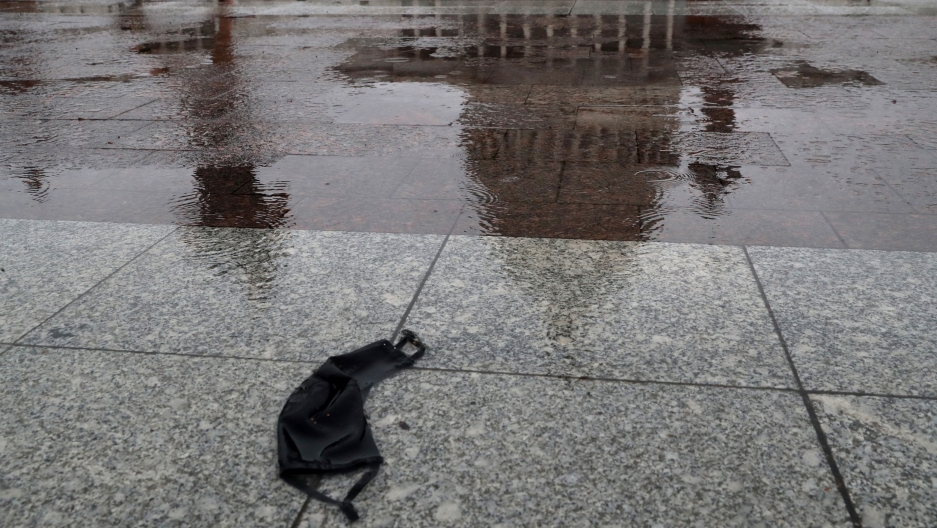 An abandoned mask is seen on the ground in front of the US Capitol building in Washington amid the global outbreak of the coronavirus, Nov. 11, 2020.

The number of COVID-19 infections and hospitalizations continues to soar in the US, Europe and elsewhere, with death tolls expected to rise quickly as well. Wednesday’s tally of 1,893 American deaths from the coronavirus was the most since early May, with more than 241,700 total US fatalities from the pandemic. As community spread grows at an exponential rate amid winter temperatures, health care resources are stretched thin.

As colder weather forces people indoors for longer periods of time, the north of India is also experiencing a spike in positive cases. The capital of Delhi confirmed over 8,500 new cases Wednesday amid a concurrent rise in air pollution to dangerous levels. India has the world’s second-highest volume of infections, though the country’s numbers had been declining since mid-September. Delhi has banned fireworks over the Diwali holiday weekend to promote social distancing.

And adding to the list of world leaders infected by the coronavirus, Ukrainian President Volodymyr Zelenskiy has been hospitalized after coming down with COVID-19 earlier this week. A presidential spokeswoman said the precautionary move was taken to “accurately isolate and not expose anyone.” Ukraine’s finance and defense ministers, in addition to a top presidential aide, were also infected. The country’s cabinet voted Wednesday to impose a national lockdown during weekends.

Few places around the globe remain free from the coronavirus. However, the South Pacific islands of Tonga, Kiribati, Samoa, Micronesia and Tuvalu have yet to report a single case. Antarctica is the only continent to steer clear of the virus. Authorities in both North Korea and Turkmenistan claim not to have seen any COVID-19 infections, but public health experts are skeptical.

The leaders of Japan, South Korea and Australia had their first calls with US President-elect Joe Biden, reaffirming close relations and expressing commitments to regional security and action on climate change. The three key allies joined many other heads of government around the world in recognizing Biden’s victory over incumbent Donald Trump, who has not conceded his election loss.

The second typhoon in a week in a half has struck the Philippines. Typhoon Vamco — the equivalent of a Category 2 hurricane — has slammed into the northern island of Luzon. The storm has killed seven people, cut power to millions and caused Manila’s worst flooding in years — all amid the coronavirus pandemic, where more than 402,000 cases have been reported. Philippine President Rodrigo Duterte quickly left a virtual meeting of Southeast Asian nations to inspect damage from Vamco, minutes after giving a speech urging fellow leaders to combat the climate crisis immediately.

‘We will stand firm’ in fight for democracy in Hong Kong, former party chair says 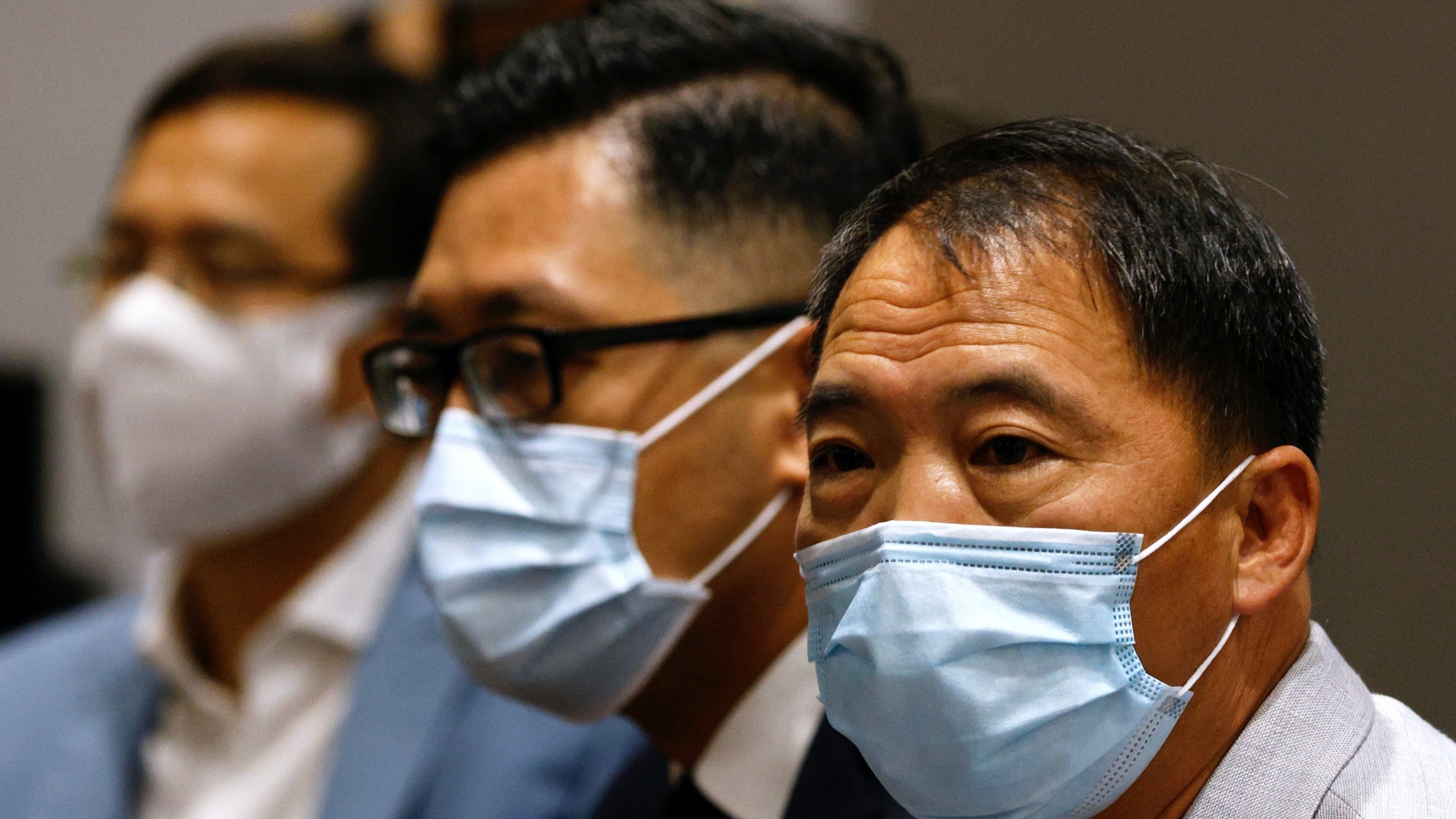 "We need the international community to really pay attention to the changing situation in Hong Kong," Wu Chi-wai said. "The whole substance of the 'one country' system that is stipulated in the basic law is completely changed by the Beijing government."

"So, the situation is getting worse and worse," he added. "I really hope that the international community, on one hand, can put pressure on the Beijing government, [and] on the other hand, can pay attention to the changing situation in Hong Kong." 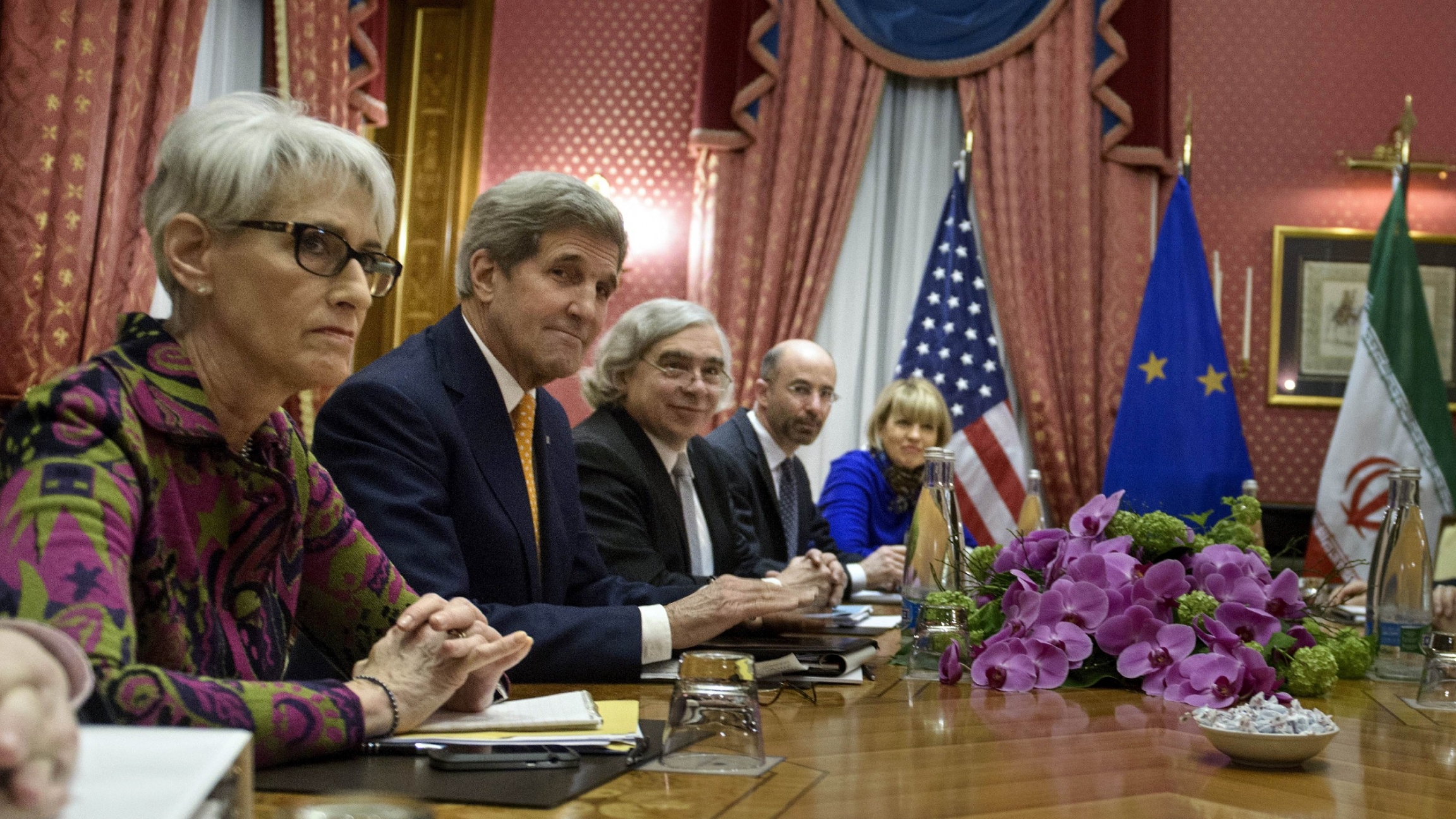 In this file photo, former US Under Secretary for Political Affairs Wendy Sherman, US Secretary of State John Kerry, US Secretary of Energy Ernest Moniz, National Security Council point person on the Middle East Robert Malley and European Union Political Director Helga Schmid attend a meeting with Iranian officials at the Beau Rivage Palace Hotel in Lausanne, during negotiations on the Iranian nuclear program, March 26, 2015.

Officials in Tehran say that for the US to jump back into the historic agreement with world powers, new sanctions would have to be undone and a price paid for recent economic damage. Ambassador Ambadassor Wendy Sherman was the lead negotiator on the deal. She told The World's Marco Werman that President-elect Joe Biden's incoming administration won't be able to just turn back the clock.

"Circumstances have changed," Sherman said. "And even though the deal was kept together by our European allies and by Russia and China, in the last year, I would say it has started to unravel a bit. And although Iran has said it has taken reversible steps, nonetheless, we're not in the same place. So, this will be difficult, hard work."

We all know that pandas are cute. So when the popular K-pop girl band Blackpink filmed a video with a new baby panda in South Korea, there was a bit of awwww ...

However, pandas come with strict handling regulations and are considered a vulnerable species by the World Wildlife Fund. But perhaps more notably, pandas are considered Chinese national treasures and though China's government loans out the animals to boost diplomatic ties, mishandling them is a no-no. Today's lesson: Be extra careful with pandas. 🐼

YG Entertainment will not release the last episode of '24/365 with BLACKPINK' after recent baby panda controversyhttps://t.co/Qrvpx9jpIr pic.twitter.com/pEYKohajI3 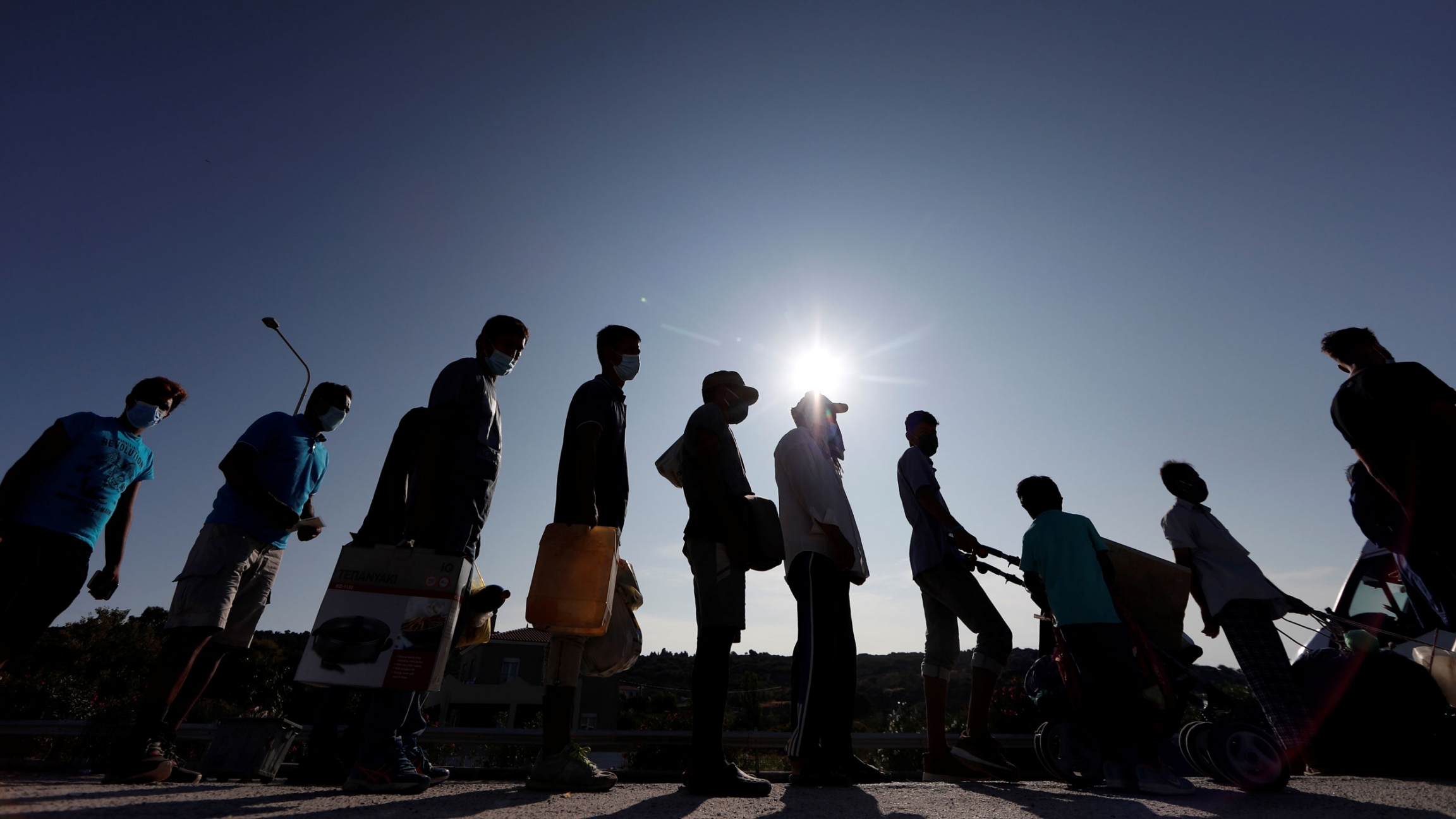 Refugees and migrants line up to enter a temporary camp, on the island of Lesbos, Greece, Sept. 23, 2020.

In an unprecedented move by the Greek government, an Afghan father was arrested and faces charges of child endangerment after a dinghy carrying 25 migrants capsized in the Aegean Sea, resulting in the drowning of his son. And, international observers from the Organization for Security and Cooperation in Europe said the US election ran smoothly and criticized US President Donald Trump for promoting baseless allegations of fraud. Also, Singles Day, a consumer shopping and sales event created by China's e-commerce giant Alibaba 11 years ago, is now celebrated as a national holiday.