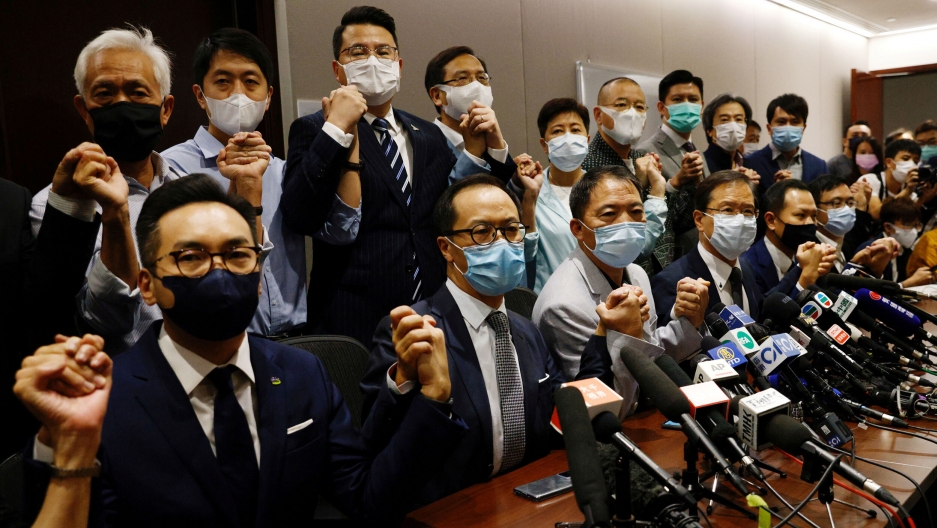 Hong Kong’s 15 remaining pro-democracy legislators have decided to resign en masse — and in protest — following the ouster of four of them. One lawmaker described the purge as the “death knell” for democracy in the semi-autonomous Chinese territory and argued that the Legislature is now so compromised that they must work outside the system. The action appears to increase tensions surrounding the political future of the former British colony and financial mecca, which until recently was known for having respect for civil liberties.

In June, China’s government in Beijing imposed a new national security law, setting off alarm bells for those cherishing Hong Kong’s relative independence and global reputation for protecting freedom of speech, laissez-faire regulations and the rule of law. The mass departure — set to consummate Thursday with the submission of resignation letters — paves the way for the Legislature to be fully dominated by pro-Beijing representatives, who will be free to enact laws with little opposition.

China took back authority over Hong Kong in 1997 but had promised to maintain the status quo until 2047 for the territory’s economic and legal systems. Hong Kong’s China-backed leader Carrie Lam defended the removal of the troublesome lawmakers while insisting that diverse opinions were still welcome. She also promised that the 70-seat Legislature would not turn into a rubber-stamp council.

Militants in Mozambique who claimed to have ties to ISIS beheaded more than 50 people, according to state media reports. A village soccer field was turned into an “execution ground” where extremists decapitated dozens in the worst attack carried out during a three-year insurgency centering in the gas-rich northern Cabo Delgado province, which is predominantly Muslim. The country’s government has asked the international community for help in tamping down the violence.

And, at least two people were wounded in an attack on a non-Muslim cemetery in Jeddah, Saudi Arabia, during a World War I memorial ceremony organized by the French Consulate. Expatriates from Europe were attending the event when someone threw an explosive device in their direction, said French Sen. Nathalie Goulet, who is a member of the parliamentary friendship group between France and the Gulf countries. The incident is the latest reaction to the republication of caricatures depicting the Prophet Muhammad.

He survived torture in a Syrian prison. Now he’s set to study in the US. 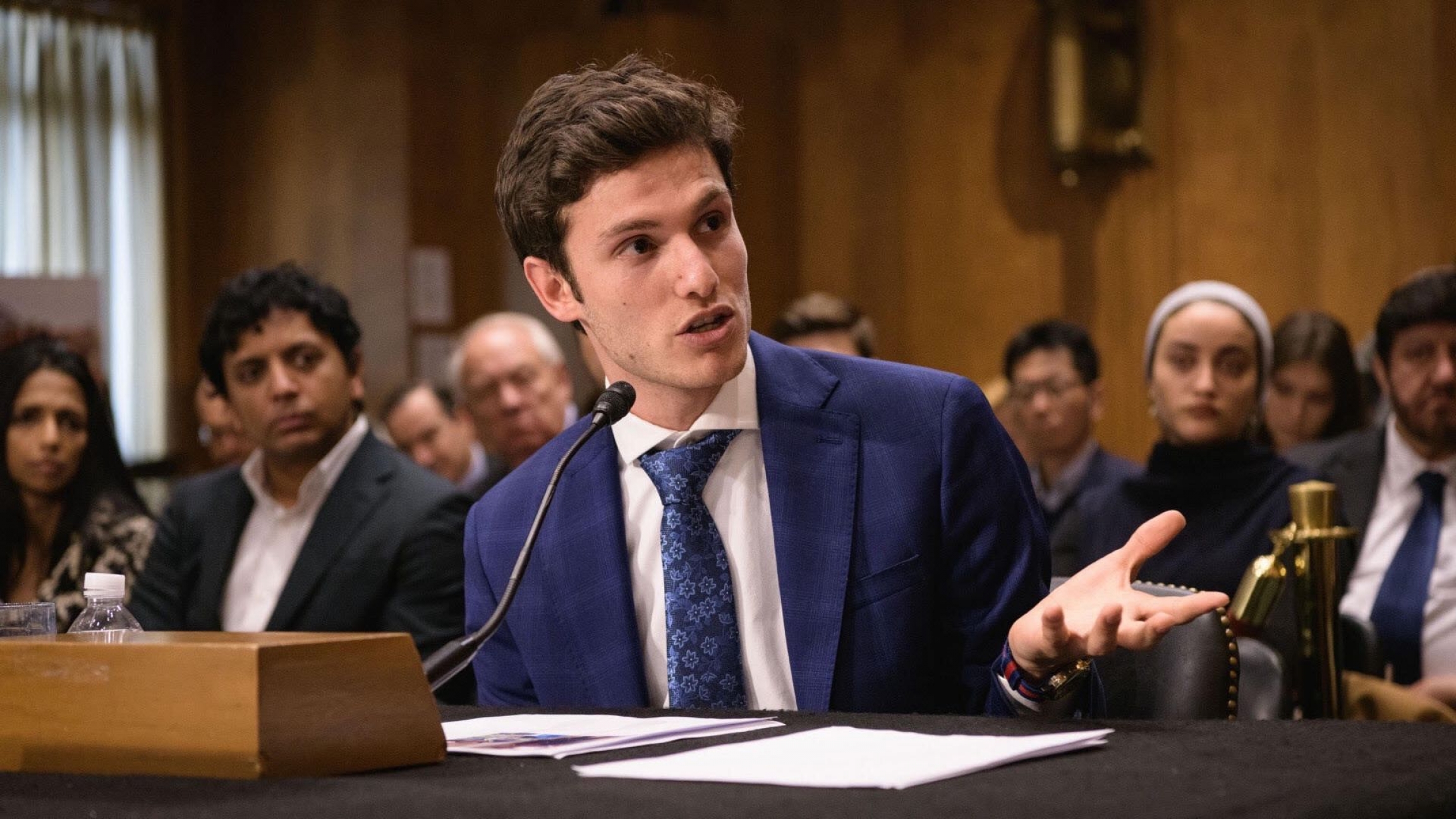 Syrian Omar Alshogre has given testimonies to European war crimes investigators and even to the US Congress.

Omar Alshogre was a teenager when security forces in Syria arrested him for participating in demonstrations. He was imprisoned and tortured. Last month, Alshogre leaned that he had been accepted to Georgetown University.

PLO official: Biden 'no savior' for Palestinians but should hold Israel 'to account' 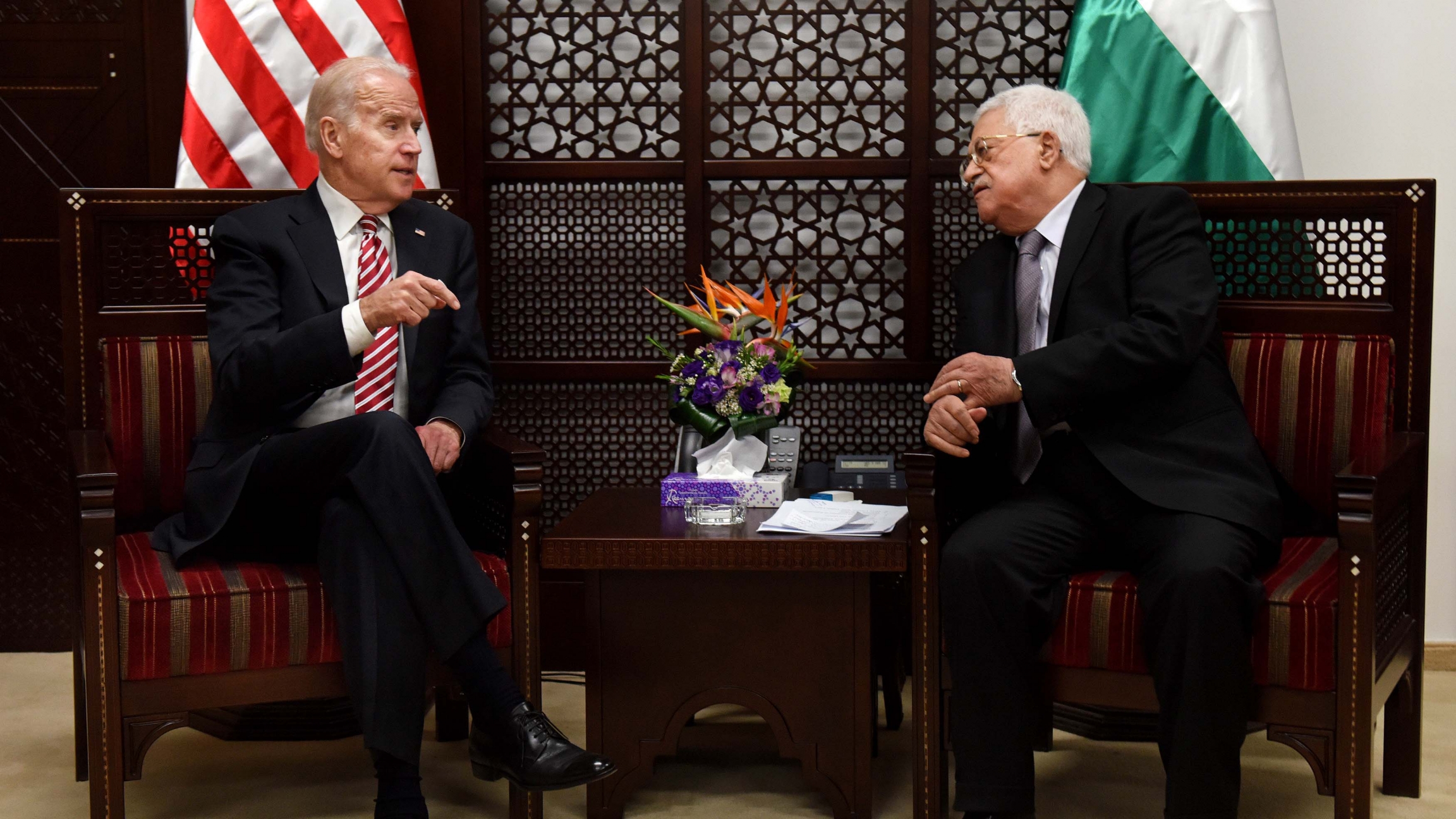 US President-elect Joe Biden, left, who was then US vice president, and Palestinian President Mahmoud Abbas, meet at the presidential compound in Ramallah, West Bank, March 9, 2016.

"And I think they should engage the Palestinians as equals, as people with equal rights, and they should also engage Israel as a country that is not above the law, but that has to be held to account."

Off the coast of British Columbia, Canada, there are wolves that live along the shoreline and survive by swimming and roaming the beaches foraging for seafood. Recently, wildlife photographer Paul Nicklen and his organization SeaLegacy teamed up with a local conservation group to raise half a million dollars to buy out the hunting licenses for the wolves — to protect them. 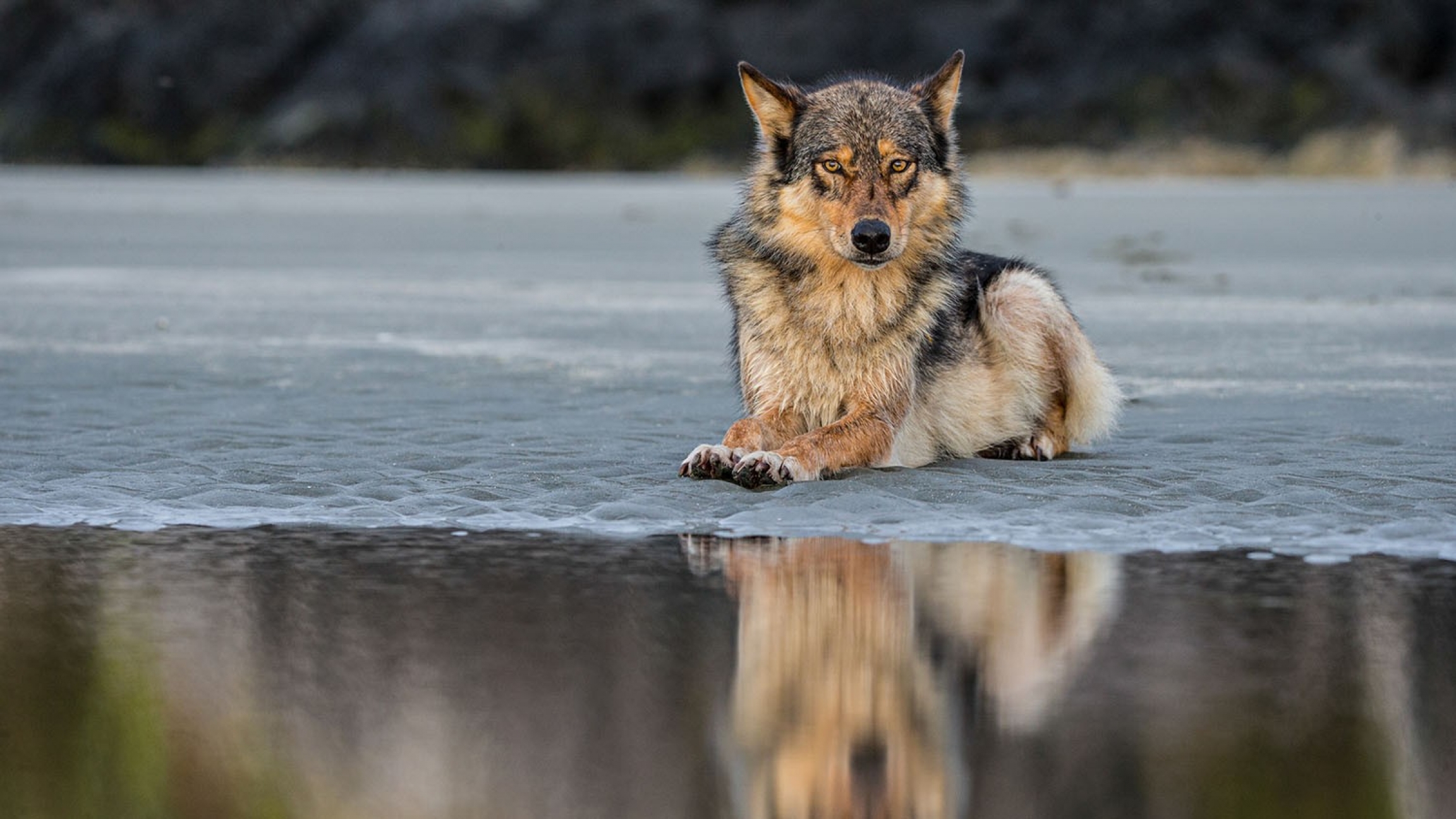 Listen: The challenges to immigration reform after the Trump administration 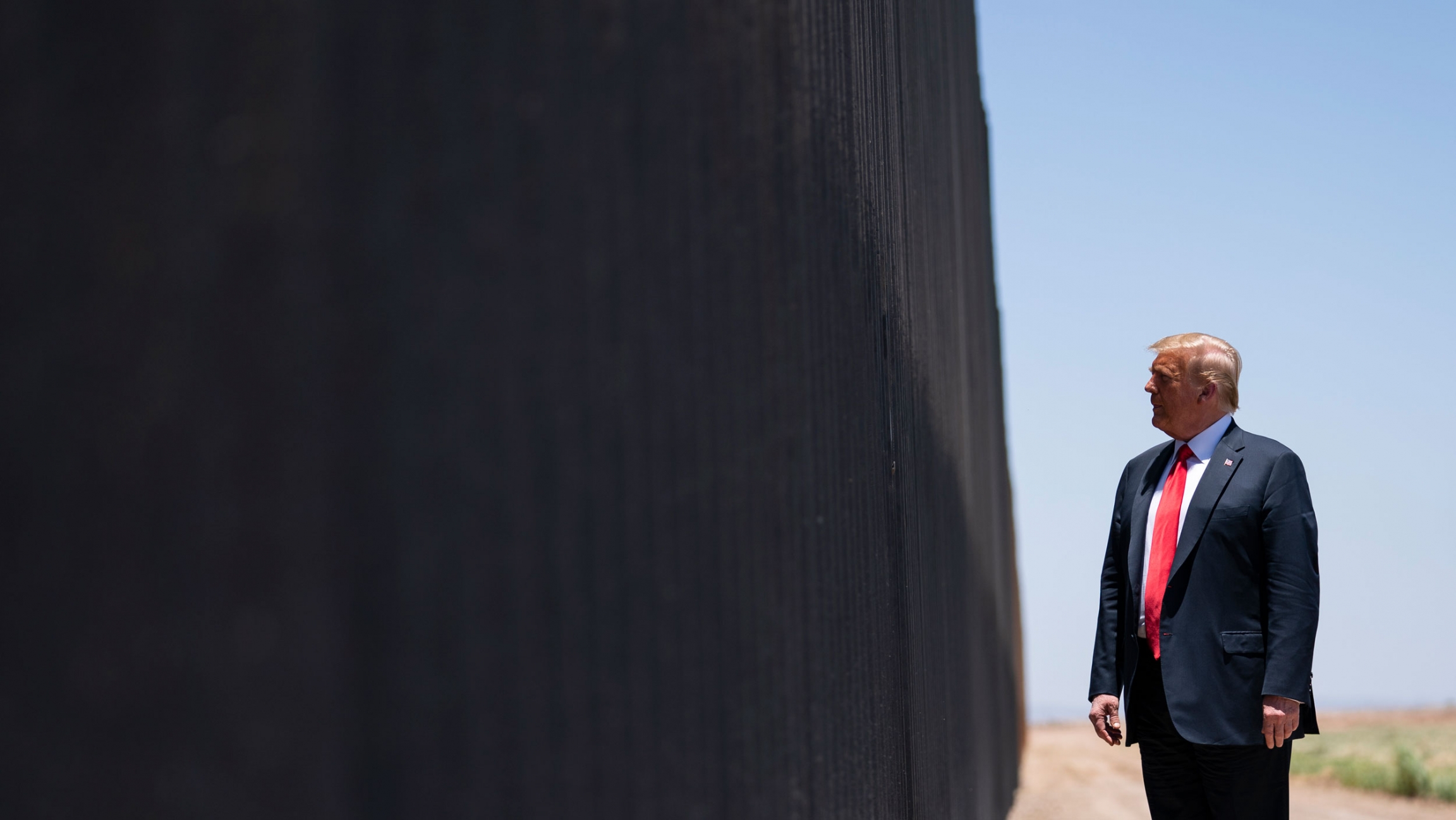 President Donald Trump tours a section of the border wall between the US and Mexico in San Luis, Arizona, June 23, 2020.

During his campaign, candidate Joe Biden said that on day one, he would submit an immigration reform bill to Congress. What challenges will Biden face in reforming US immigration policy? And, there is a growing debate taking place about a possible boycott of the 2022 Winter Olympics in Beijing due to allegations of human rights abuses. Also, wildlife photographer Paul Nicklen and his organization SeaLegacy recently teamed up with a conservation group to raise half a million dollars to buy out the hunting licenses for wolves off the coast of British Columbia, Canada, in order to protect them.