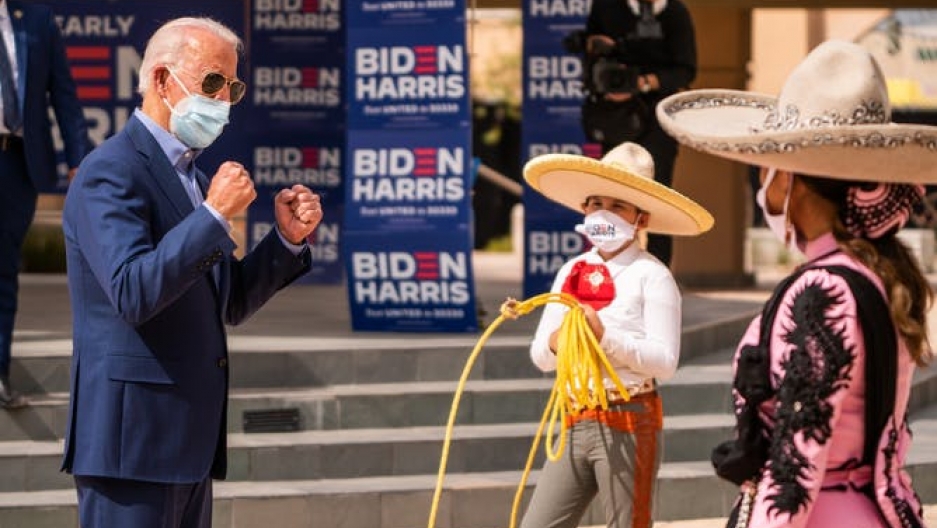 President-Elect Joe Biden, pictured at an Oct. 9 event in Nevada, won Latinos as a whole but his campaign did not necessarily do a great job reaching out to them.

Pundits are expressing surprise that so many Latinos voted for Donald Trump in the US presidential election last week.

But pollsters who specialize in the Latino vote knew for months before the vote that Latino support for Biden was soft, with many Latinos — especially in Florida — undecided. In the Sunshine State, 57% of Latinos ultimately supported Biden, compared to roughly 70% nationwide.

These numbers are reliable because they come from exit polls designed to capture Latino political preferences. National exit polls have been mostly wrong about Latino voting patterns since they first began including Latinos in the 1980s.

The 60.6 million Americans lumped together under the umbrella term “Latino” are a racially, ethnically and geographically diverse group, as my research on Latino identity shows. And they have equally diverse political opinions.

Latino-focused tracking polls from Equis Research conducted in May showed that Latino support for Trump ranged widely, from 15% in Wisconsin to 31% in Florida.

Cubans arrived in the US fleeing Fidel Castro’s communist regime, giving them a strong antipathy toward anything labeled "socialism." In 1980, Ronald Reagan was the first presidential candidate to travel to Florida and appeal directly to this community, winning them over with a strong anti-communist message. 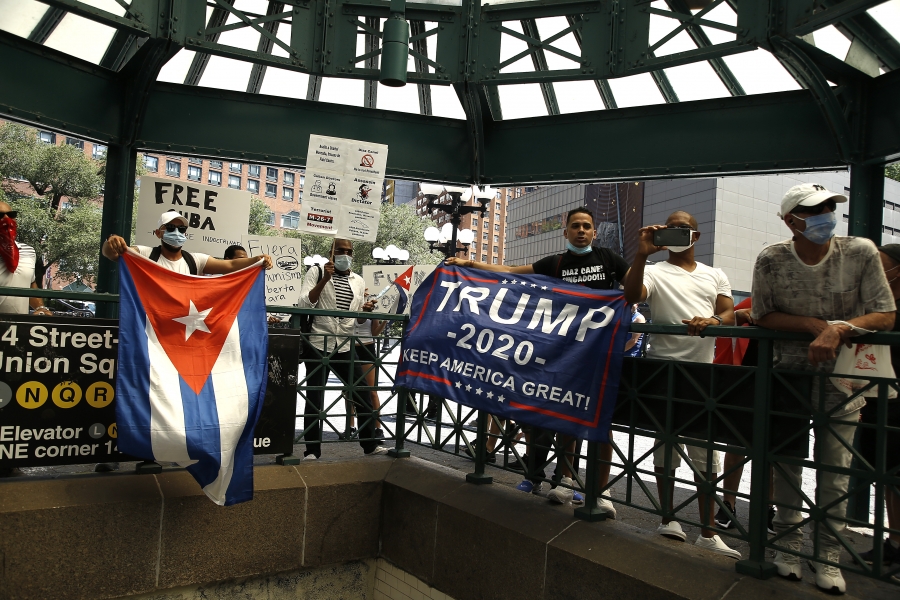 This year, Trump capitalized on Cuban Americans’ gut-level fear of communism in his Latino advertising in Florida, claiming Joe Biden would bring socialism to the US.

“This idea that every Democrat is now socialist…we know it to be false,” Randy Pestana, a researcher at Florida International University, told CBS Miami. “But in these communities that [have] actually lived through socialism, like in Cuba and Venezuela and Nicaragua, it has a personal effect on how you and your family will vote.”

Cubans make up only about 29% of Florida’s eligible Latino voters. Florida has long been home to a large Puerto Rican population, whose numbers only grew after Hurricane Maria in 2017; Puerto Ricans now comprise 27% of Florida’s Latino vote. Mexicans are 10%. Venezuelans, too, have flocked to Florida in recent years.

Today Florida Latinos are split in terms of partisanship. About 26% are registered Republicans and 38% are Democrats. Another 36% have no party preference.

In other words, “the Latino vote” in Florida has complex and shifting party attachments. That said, the Miami-area Latino political culture is still strongly influenced by the media environment that Cubans built there over the past six decades.

This year a large-scale disinformation campaign targeted Florida’s Latino voters. On the radio, WhatsApp and Facebook, baseless conspiracy theories about the “deep state” and Biden’s supposed plan to put America under the control of “Jews and Blacks” were shared widely — and seemed to have some effect on voters. 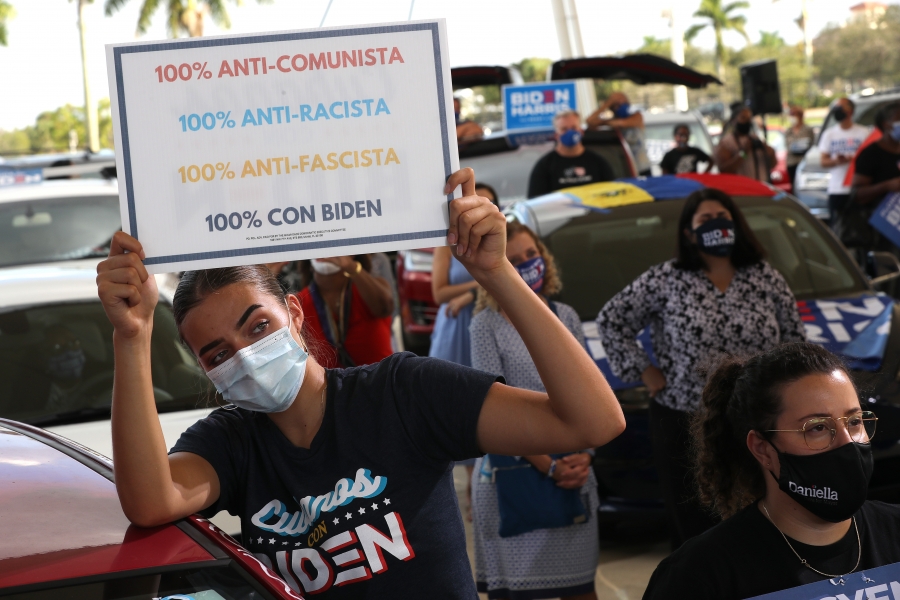 In contrast, Joe Biden’s narrow win in Arizona is thanks in large part to Latinos. About 70% of them voted Democratic, pushing Biden over Trump by just a few thousand votes and gaining the Democrats a Senate seat with the election of former astronaut Mark Kelly.

Arizona, like Florida, has long been a conservative stronghold, home to large numbers of “snowbirds” — older people drawn to the warm climate and golf courses. Arizona Latinos are changing that. Most are of Mexican descent.

These Latinos live a different political reality than the Cubans of Florida. In 2010 Arizona passed SB 1070, requiring local law enforcement to enforce federal immigration policy by checking the immigration status of anyone they had a “reasonable suspicion” of being undocumented. Latinos, predictably, became the targets of racialized, aggressive policing.

The discriminatory effects of SB 1070 led to an upsurge in Latino youth organizing. This decade-long mobilization eventually led to the ouster of Maricopa County’s notoriously anti-immigrant Sheriff Joe Arpaio, who had a well-documented friendship with Trump. And it put Arizona in play for Democrats this year.

Biden’s team did not focus on Latino outreach in Arizona until the last weeks of the campaign. But young, US-born Latinos were politically engaged there anyway, because of their sustained political organizing following the implementation of SB 1070. Latino-led organizations like LUCHA turned Arizona Latinos out for Biden in droves. 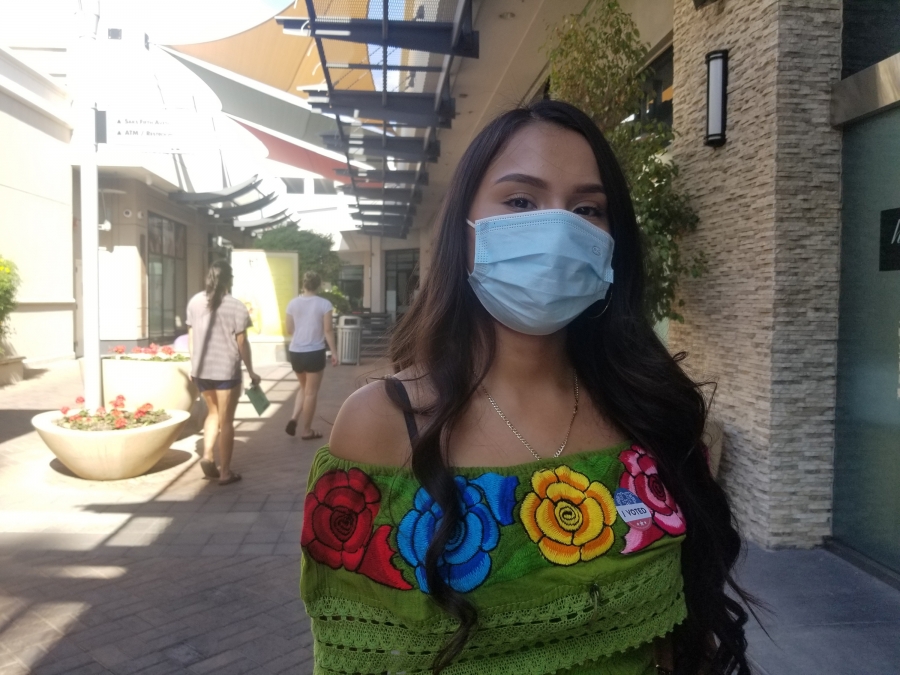 Carla Retana, in Phoenix, Arizona on Nov. 3, said she voted for Biden mostly because she doesn’t like how Trump speaks, especially about women.

Florida and Arizona capture some major differences among Latinos in the United States, and how that affects their politics.

The race, gender, class and age of US Latinos also influences their political leanings and levels of integration into US politics. So do the places they live, the opportunities available to them there, how they are treated under US immigration policy — and indeed, whether they are immigrants at all.

If political parties want Latinos’ support, it would require culturally competent outreach that speaks to their real lives and everyday experiences. Instead, campaigns generally settle for Spanish-language television ads — even though the majority of Latino eligible voters speak English as their main language.

These ads are much more likely to be symbolic than substantive, research by political scientist Marisa Abrajano shows. Campaigns use cultural symbols like traditional Mexican music or tacos to connect with Latino voters rather than presenting concrete policy proposals about issues they care about, whether that’s health care, immigration policy or the economy.

I call this “mariachi politics.” In Florida, it might be called “cafecito politics” — a reference to Cubans’ tendency to argue politics over coffee. Both Republicans and Democrats do this every electoral cycle, 2020 included, homogenizing and flattening what are complex populations.

Pollsters do the same thing, which is why they keep getting Latinos wrong.