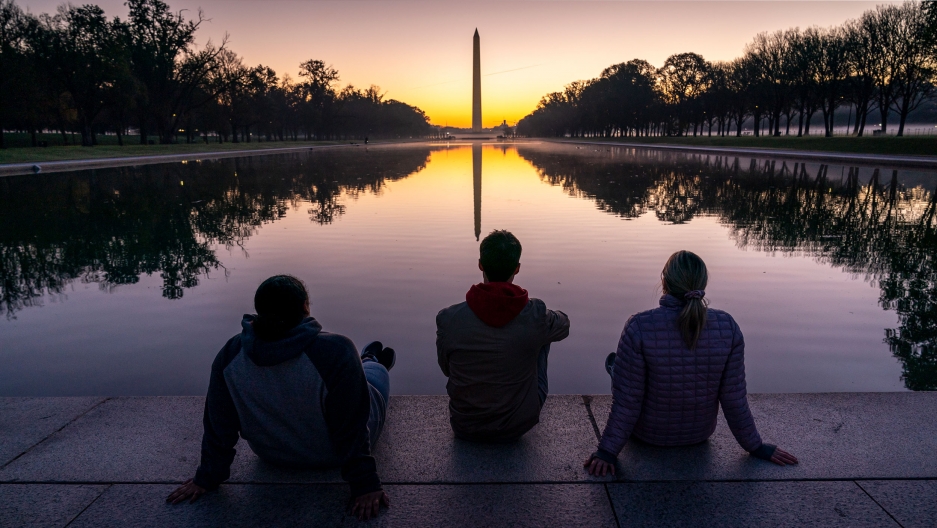 A trio of friends watch the sunrise at the Reflecting Pool looking out on the Washington Monument in Washington DC, Nov. 5, 2020.

After a second day of ballot tallying, votes are still being counted and a winner has not yet been called in Tuesday’s tight US presidential election. Global opinion has been mixed on whether the American political system can successfully pass its electoral stress test. In parts of Africa, dismay and disbelief have characterized many of the reactions to the partisan standoff unfolding on the other side of the Atlantic Ocean.

For people in places where recent elections have been plagued by allegations of fraud and threats of violence, some saw echoes of their own political troubles in Trump’s accusations of wrongdoing, premature victory declaration and litigious filings. “Trump is setting a bad example for Africa and a country like ours,” said Mory Keïta, a car parts dealer in Guinea. “It’s a total disgrace,” said Bachir Diallo, a mining executive in the same country. “Such a mess is worthy of a banana republic.”

Tito Kisiya, a sales executive in Tanzania, added, “What we are seeing from Trump is not different from what we have been seeing in African politics. However, it is terrifying to see this in America.” And when the US Embassy in Abidjan called for commitment to the rule of law after a disputed election in Ivory Coast, Twitter users responded with sarcastic retorts such as, “I believe the playground response is ‘why you talking about yourself?’”

But some world leaders saw encouraging signs in the vote-counting process and held out hope for America’s democratic machinery. Recently reelected New Zealand Prime Minister Jacinda Ardern said that she had faith in US institutions. French Foreign Minister Jean-Yves Le Drian also said that common sense and strong values would prevail. Yet European populists like Italy’s Matteo Salvini opined that Trump’s advantage was due to the grande dimostrazione — great demonstration — of voter participation.

The right-wing government in Poland has announced an indefinite delay in the implementation of a high court ruling against abortion following two weeks of massive protests across the country. That nation already had one of Europe’s strictest abortion policies. For now, officials have decided not to publish the court’s ruling in a government journal — thereby preventing it from taking effect.

The president of Kosovo, Hashim Thaci, resigned Thursday at a press conference in the capital, Pristina, as he faces charges of war crimes and crimes against humanity at a special court in The Hague. Thaci, a former leader in the Kosovo Liberation Army guerrilla group, said he was stepping down “to protect the integrity of the office of the president and the country, as well as the dignity of the citizens.”

Why is Arizona trending blue? Ask Latinos and immigrants there. 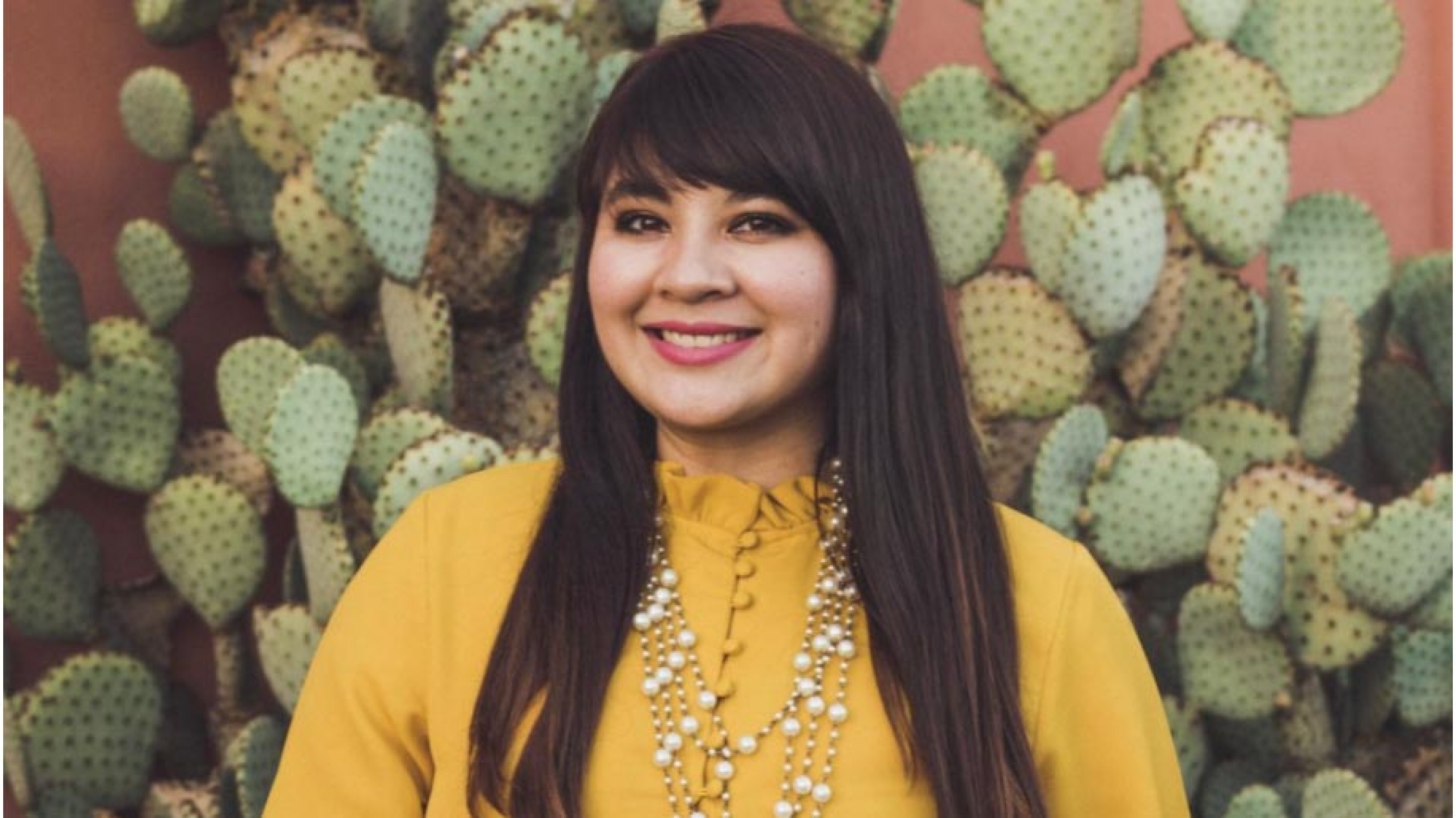 Reyna Montoya is an Arizona resident and the founder of Aliento, an immigrant aid organization.

Arizona, a longtime Republican stronghold, is leaning Democratic in the 2020 election. Much of the credit goes to immigrant rights groups who laid the groundwork through years of organizing.

“It was a big coalition that was very diverse that really made Arizona happen,” said Reyna Montoya, founder and CEO of Aliento, a Phoenix-based immigrant aid organization led by undocumented immigrant youth.

"And I would say that a lot of that energy was ignited by the anti-immigrant rhetoric and policies that we have experienced for the past two decades."

Global leaders react to US election 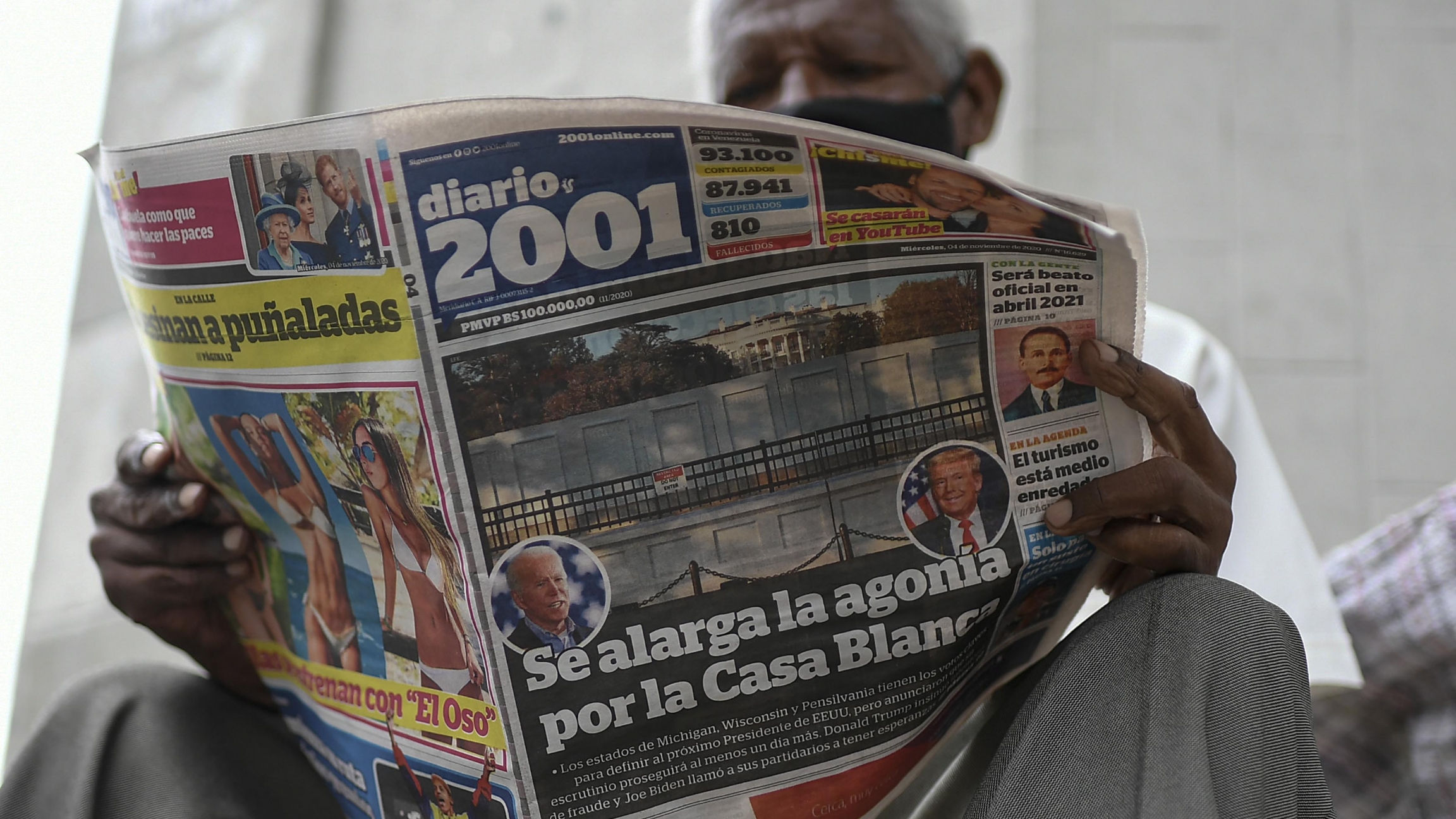 A man reads the Diario 2001 newspaper that carries the Spanish headline: "Agony is prolonged for the White House" at a newspaper stand in Caracas, Venezuela, Nov. 4, 2020, the day after US elections.

Reactions of world leaders, politicians and foreign policy experts have been mixed, with some calling for patience and others warning that the uncertainty could be damaging for democracy in the US.

If you're feeling anxious while waiting for all the votes to be counted, fear not, our friends to the north are offering support ... or at least a meme. 🇨🇦

Listen: With foreign interference a recent memory, how secure are 2020 US elections? 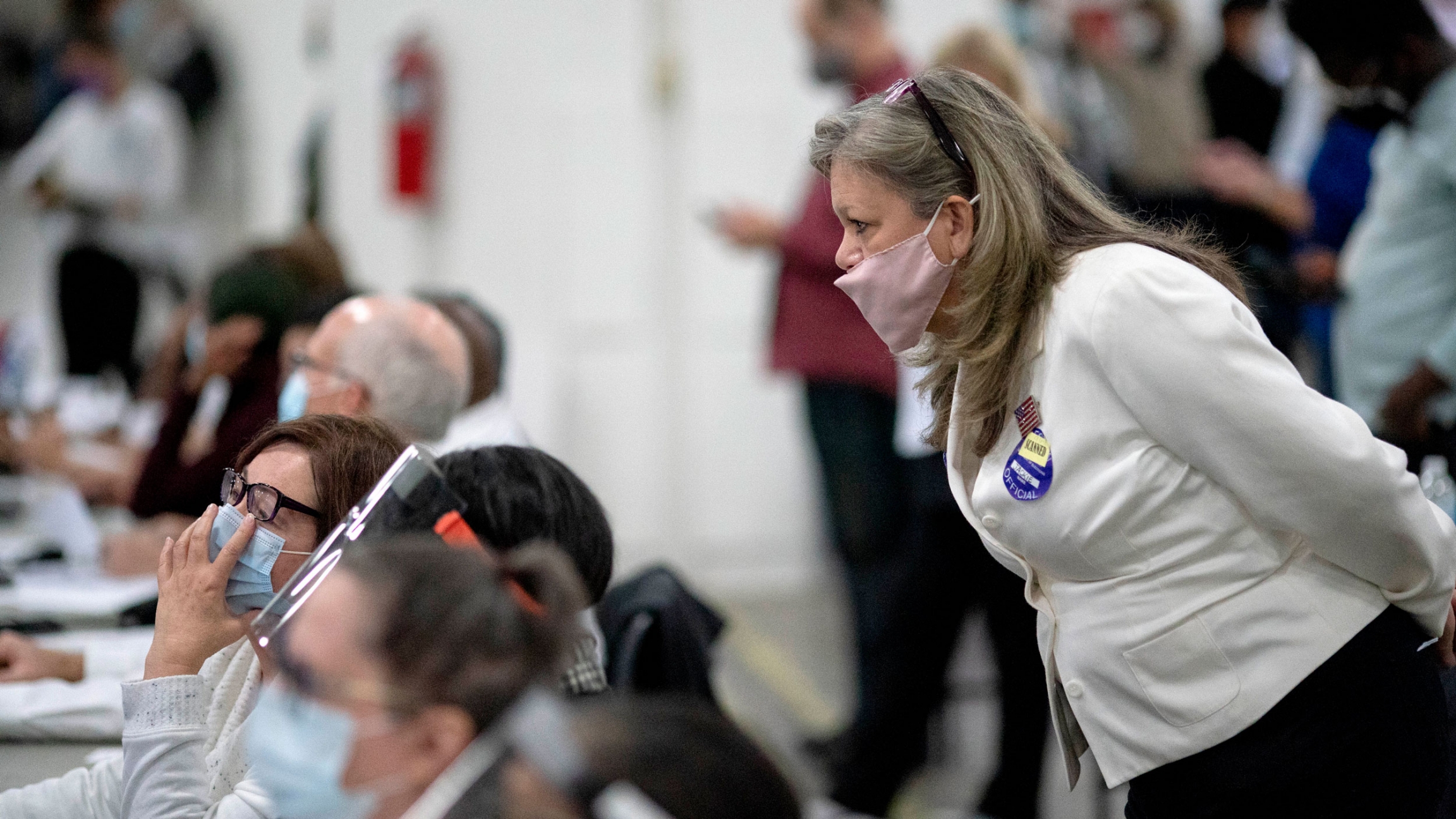 An election challenger at right watches over election inspectors as they examine a ballot as votes are counted into the early morning hours in Detroit, Michigan, Nov. 4, 2020.

Foreign interference was a key concern going into Election Day. So, what did happen on the cybersecurity and disinformation front, and what can we expect next? And, Britain is keeping a close eye on the results of the US election, as their own country faces a new lockdown after midnight Wednesday evening. Also, in this limbo period, when we wait to hear who won and which way the US goes next in the world, Iran and Afghanistan are two places that play big into American foreign policy. Like the rest of us, they're also waiting for the news.