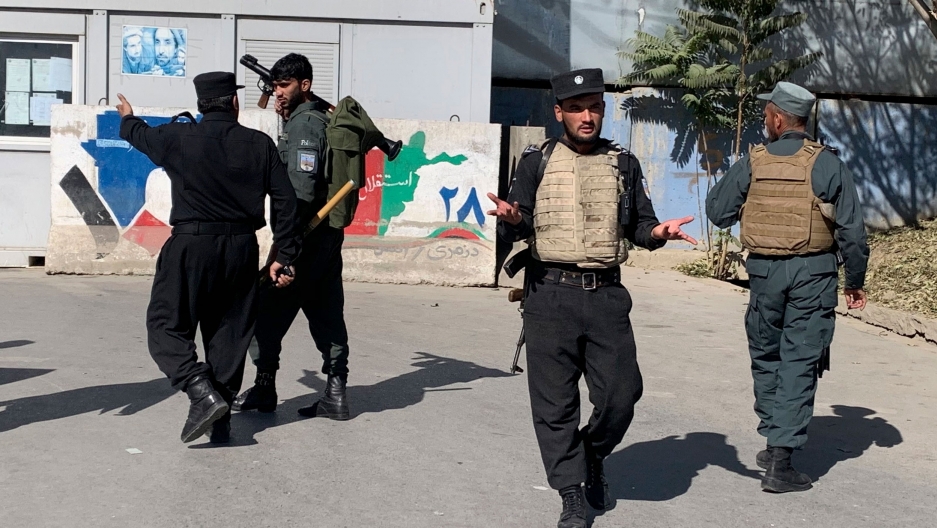 Afghan police arrive at the site of an attack at Kabul University in Kabul, Afghanistan, Nov. 2, 2020.
Credit: Rahmat Gul/AP
Share

Gunmen stormed Kabul University in Afghanistan on Monday, leaving at least 19 dead and dozens wounded. The attack lasted hours across the campus with Afghan forces and US troops battling the gunmen, who detonated explosives and fired their weapons.

The devastating onslaught was the second attack on an educational institution in Kabul in just over a week. It took place as the university held a book fair attended by the Iranian ambassador to Afghanistan.

The Taliban, who are in peace-talk negotiations with the US-backed Afghan government, said their fighters were not involved in the assault. No other group immediately claimed responsibility. In photos and video posted to social media, students are shown fleeing and scrambling over the campus walls trying to escape.

A massive typhoon struck provinces south of the Philippines capital of Manila on Sunday with winds of up to 190 mph. Government officials on Monday said 20 people were killed in Albay and Catanduane provinces in the wake of Typhoon Goni, up from the 16 people the country’s disaster agency previously reported. Amid the devastation, another storm, Atsani, is gaining strength over the Pacific Ocean and is expected to make landfall in the Philippines late this week.

And, authorities in Hong Kong arrested seven prominent Hong Kong opposition leaders on Sunday in the latest in a crackdown on anti-government activists. Police said Monday, the arrests were on charges related to obstructing a legislative council meeting in May and included former lawmakers and currently serving officials, as well as a legislator assistant. They have since been released on bail.

Discussion: View of the 2020 US Election from abroad 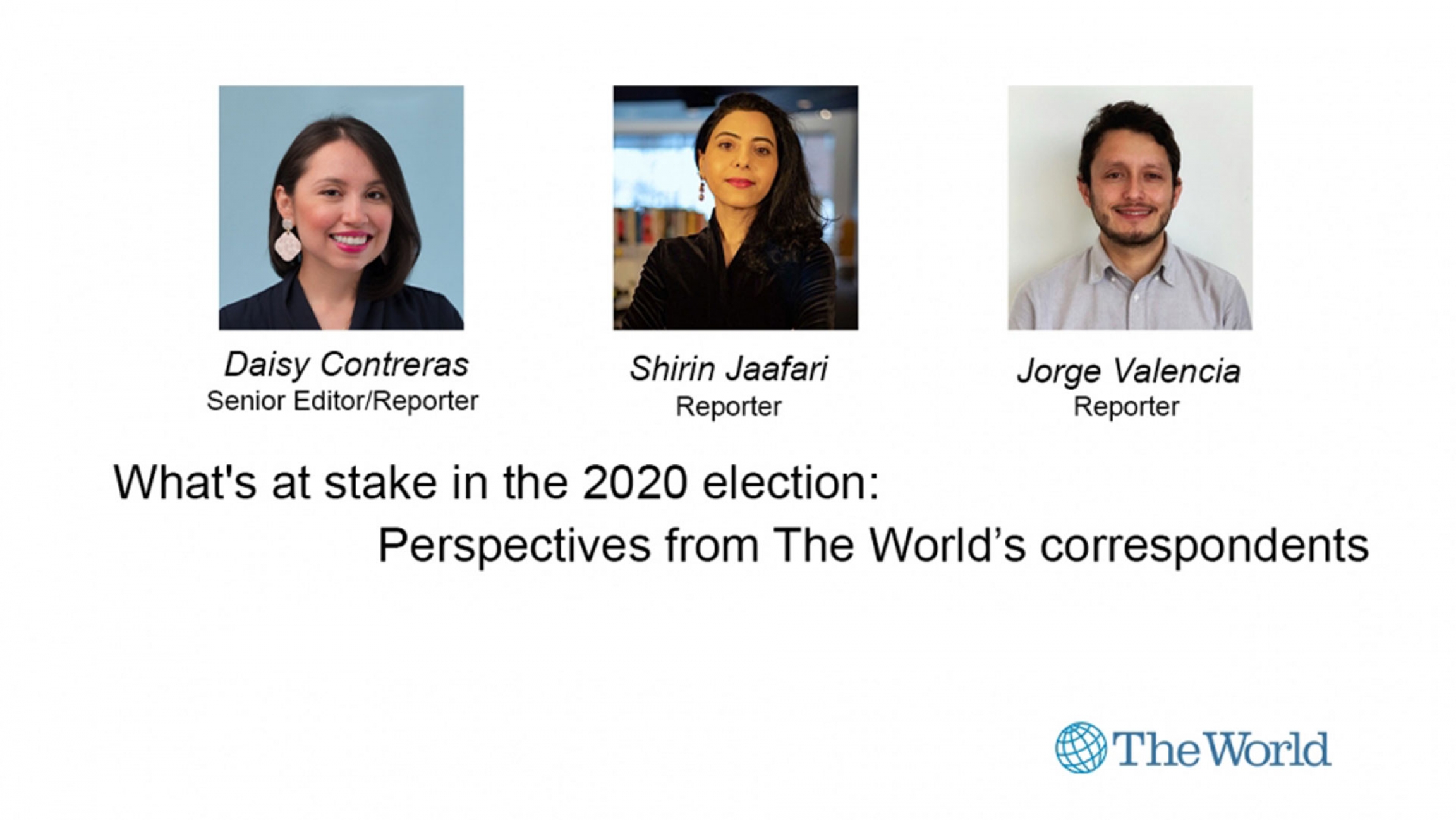 The world is watching the 2020 US presidential election — there are global implications whomever is the winner. Join us for a live discussion with The World's correspondents Shirin Jaafari and Jorge Valencia, moderated by senior editor Daisy Contreras, digging in on the big issues and providing the necessary  context and analysis from their reporting.

Watch a video of the conversation here. 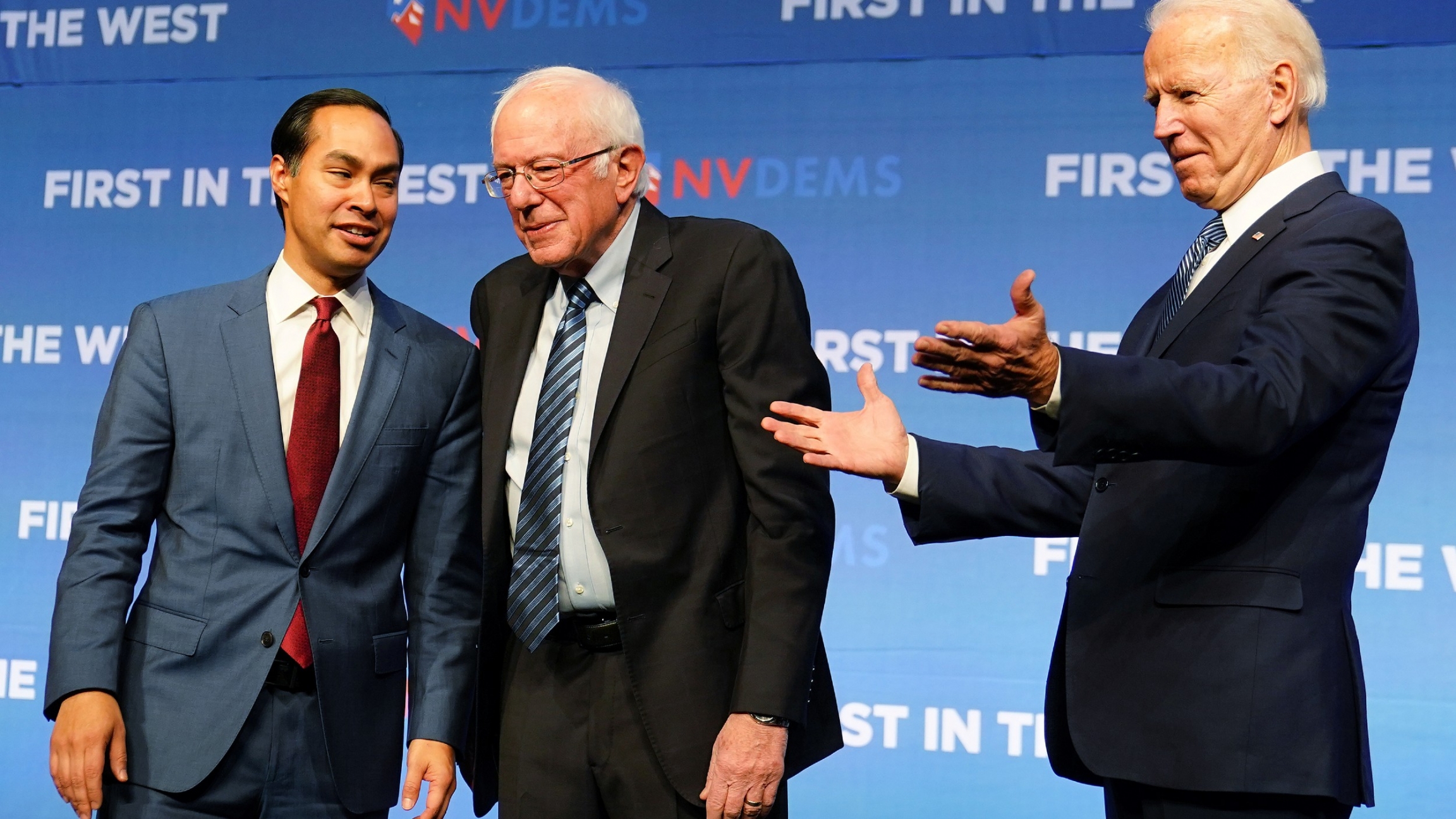 In this file photo, Democratic US presidential candidates Julian Castro, Bernie Sanders and Joe Biden are pictured on stage at a First in the West Event at the Bellagio Hotel in Las Vegas, Nevada, Nov. 17, 2019.

Since early summer, Julián Castro has been a surrogate for Democratic challenger Joe Biden on the campaign trail.

Castro was originally in the race saying many things others wouldn’t. He talked about abolishing the electoral college, had the most detailed immigration policy plan, and was vocally opposed to unrepresentative Iowa and New Hampshire going first in the primary process.

The former San Antonio mayor was also talking about racial justice issues long before George Floyd was killed this past spring. The tough-talking Texan hopes that in the next administration, issues like systemic racism — especially important to communities of color — won’t be sidelined.

Big chocolate companies use child labor. Can a 1789 US law hold them accountable for violations abroad? 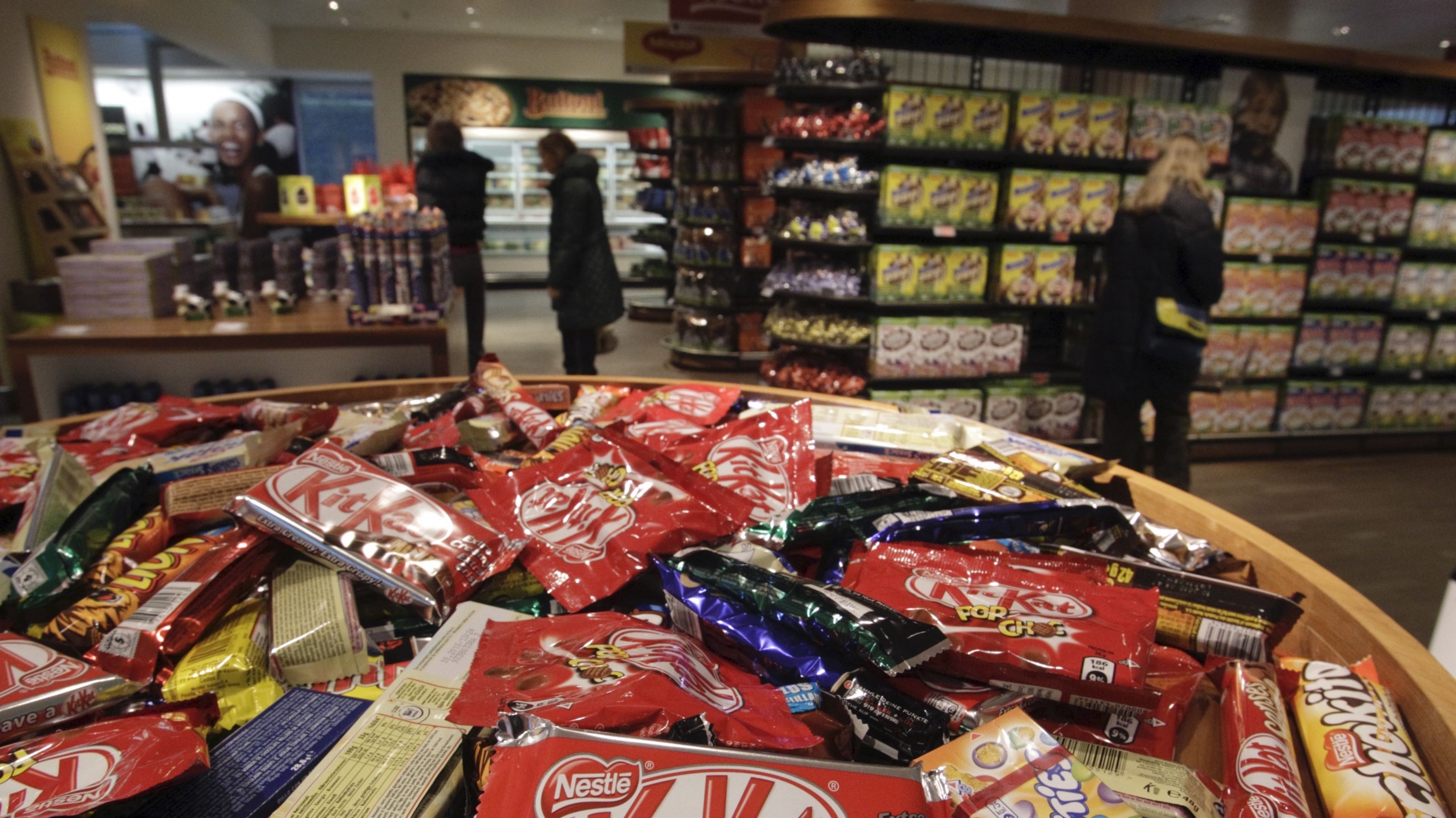 Different types of chocolate bars are seen in the company supermarket at the Nestle headquarters in Vevey, Switzerland, Feb. 19, 2010. Nestle, the world's biggest food group, is aiming for higher underlying sales growth in 2010 after a robust performance in Asia and the Americas helped it beat forecasts for 2009.

The chocolate industry has a long documented problem with forced child labor. And the US Supreme Court is about to take up a case that may decide whether US companies can be held responsible.

Public art sometimes gets a bad rap, but for a train conductor in Spijkenisse, Netherlands, the installation of this whale tale saved the day.

A train that went careening over the end of elevated tracks in the Netherlands was left teetering about 30 feet above the ground. But no one was injured or killed — thanks to a sculpture of a whale’s tail that stopped the train from plunging.

Listen: 2020 US Election: The political power of Latino youth 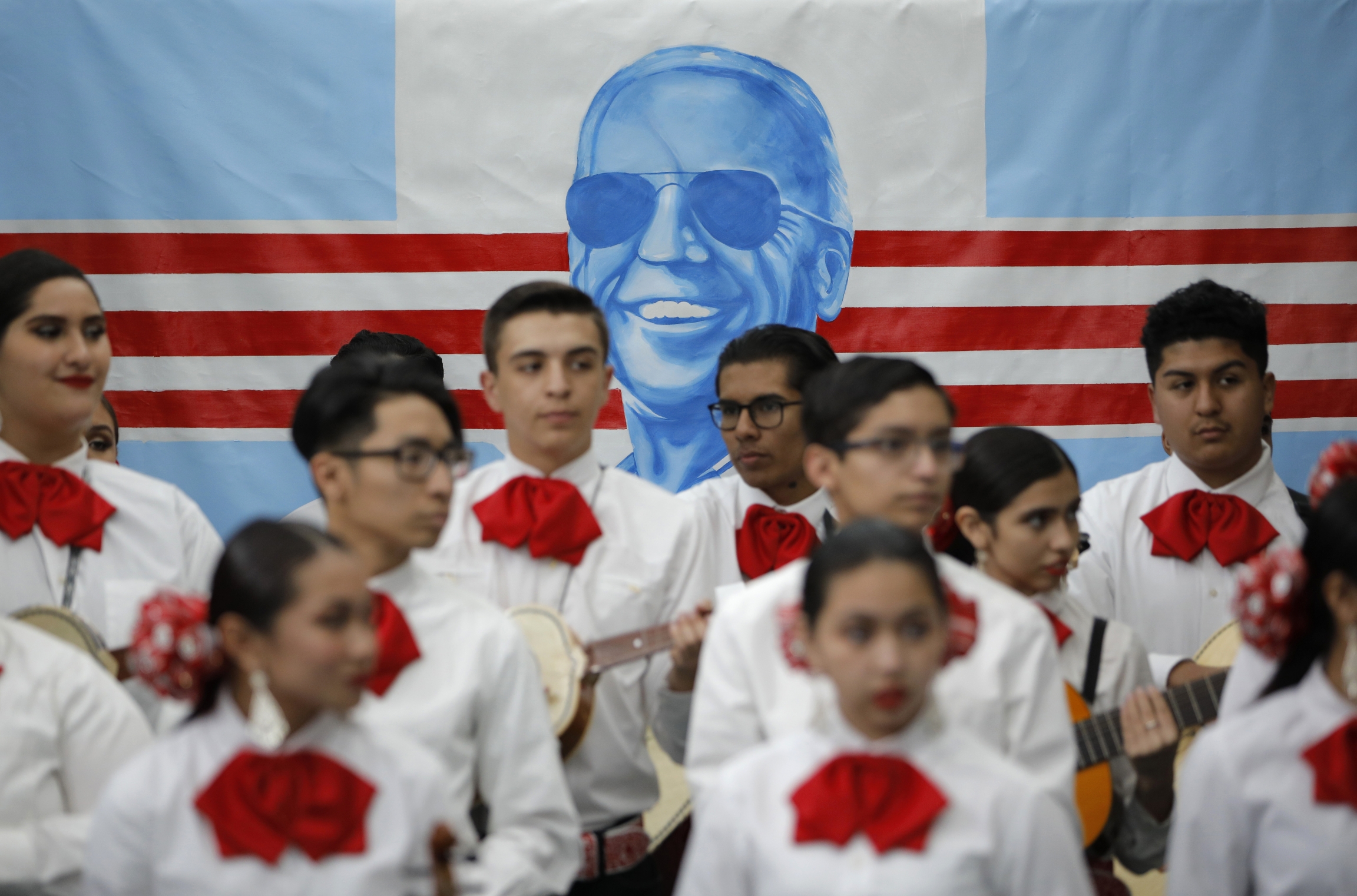 In this Jan. 11, 2020, file photo, a mariachi band waits to perform before a campaign event with former Vice President and Democratic presidential candidate Joe Biden in Las Vegas.

Today The World brings you a special episode on the political power of Latino youth, one of the fastest-growing demographic groups in the United States. Approximately every 30 seconds, a Latino in the US turns 18 and becomes eligible to vote. The World has been examining the Latino vote and Latino voters all year. In this episode, hear how Trump has alienated many Latinos with his anti-immigrant rhetoric — but a sizable block still support him. And, Latinos have been disproportionately affected by climate change. Plus, hear how three young Latinos are getting ready to vote.