In times of danger and stress, our minds tend to incline toward negative thoughts. It’s human nature. But in her new book, family therapist and executive coach Rosamund Stone Zander argues that we can train ourselves to resist this impulse and harness an optimistic mindset that will carry to carry us through difficult times.

Zander’s book, “Pathways to Possibility: Transforming Our Relationship to Ourselves, Each Other, and the World,” relates a number of stories in which people persevere against seemingly impossible odds by acting out of optimism — rather than despair.

The key to getting through hard times such as we are in now, Zander says, is to think and work in ways that maximize the chances of a good outcome. It’s not enough to just think positively; one must take direct action and seize every opportunity to make things better.

“Negativity is a fear response. You can't help but think of the possible dangers...but in such a time as COVID[-19], it isn't useful."

Zander says. “Nature wants you to do that, up to a point. … We’re wired that way. But in such a time as COVID[-19]…it isn't useful. You can overcome that wiring, but it takes discipline and effort to overcome it. You have to stay consistent at saying, ‘Tomorrow will be a better day and that's the truth, as we know it.’”

We shouldn’t, however, confuse optimism with positive thinking because they are quite different, Zander notes. “Positive thinking occurs when you really know that something is bad, but you're hoping it will not be, and you're going to pump yourself up to say it isn’t,” she explains. “But that's a lie. Positive thinking is a lie.”

With optimism, the mindset is, “the options are open; the future is open. You don't know the answer. So that's not a lie.”

Optimism also has another benefit: “It does wonders for the immune system,” Zander says.

“If you have a group of people who are all speaking in possibility, their physical state is different than those who are all in despair."

“If you have a group of people who are all speaking in possibility, their physical state is different than those who are all in despair. It’s completely different,” Zander explains. “And their immune systems are strengthened by optimism, not by positive thinking, not by lying to themselves.”

Related: A new report predicts a ‘tsunami’ of mental health problems for years to come

One of Zander’s favorite stories from her book involves British explorer Ernest Shackleton and his crew of 27 men, who set sail for Antarctica in 1914. Disaster struck when their ship, the Endurance, became trapped in pack ice and later broke up, leaving them stranded. Optimism and perseverance carried all 28 men through what seemed impossible odds.

Both Shackleton and his first mate Frank Wilde understood they would survive only by being completely disciplined with the men and preventing them from falling into despair. 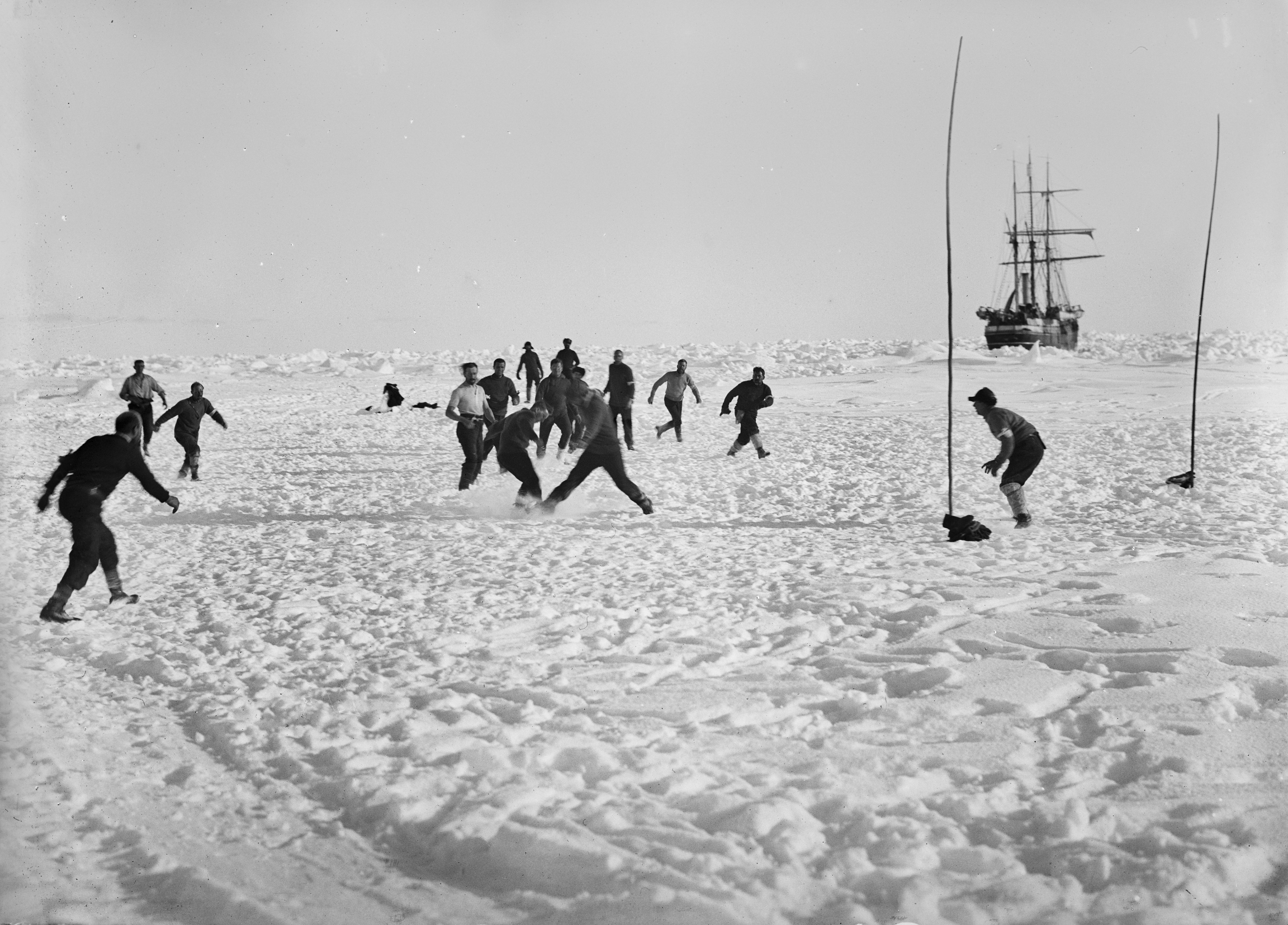 While The Endurance ship was trapped in sea ice along the Weddell Sea, men on board remained optimistic, seen here playing soccer in the snow.

“Every man on this journey knew what to do. They had to speak the story of survival: ‘We are going to survive.’"

“Every man on this journey knew what to do,” Zander says. “They had to speak the story of survival: ‘We are going to survive.’ And what happened was, they became very collaborative and when one man spilled his cup of milk, four others rushed to fill it up again, even though they were all starving.”

“They had suffered injury and infection, hypothermia, attacks by an elephant seal, near-starvation — completely unspeakable conditions,” Zander continues. “But not one member of the original 28 man crew was lost, not one. How is that possible, really? That's the question. Our best clue is that Shackleton remained consistently positive in his outlook and forbade the expression of negativity or despair. He declared — and I love this — he declared that optimism is the true moral courage.”