Democracy in America could hit a rough patch soon, as election officials tally votes in the presidential race. More than 350 lawsuits have already been filed this year across the country over how, where and when voters could cast ballots. One presidential candidate – Donald Trump – has refused to commit to accepting the election’s results.

All that sets up the country for a disputed presidential election, with recounts and court battles in key states and a nation left wondering both who will lead it and whether they should have faith in the election’s integrity. We asked five scholars to provide a history of contested elections in the United States and to explain what happens when an election is disputed. Here are those stories, from our archives:

1. Things should be OK

“If Trump refuses to accept defeat in November, the republic will survive intact, as it has 5 out of 6 times in the past.” That’s the headline on political scientist Alexander Cohen’s story.

Cohen lays out what elections normally do: They “generate legitimacy because citizens contribute to the selection of leadership.” And even in contested elections of the past, he continues, that legitimacy has been sustained because those disputes have been handled according to the rules. Politicians and citizens may have “howled” about the unfairness of the outcome, but, Cohen reports, they accepted it. 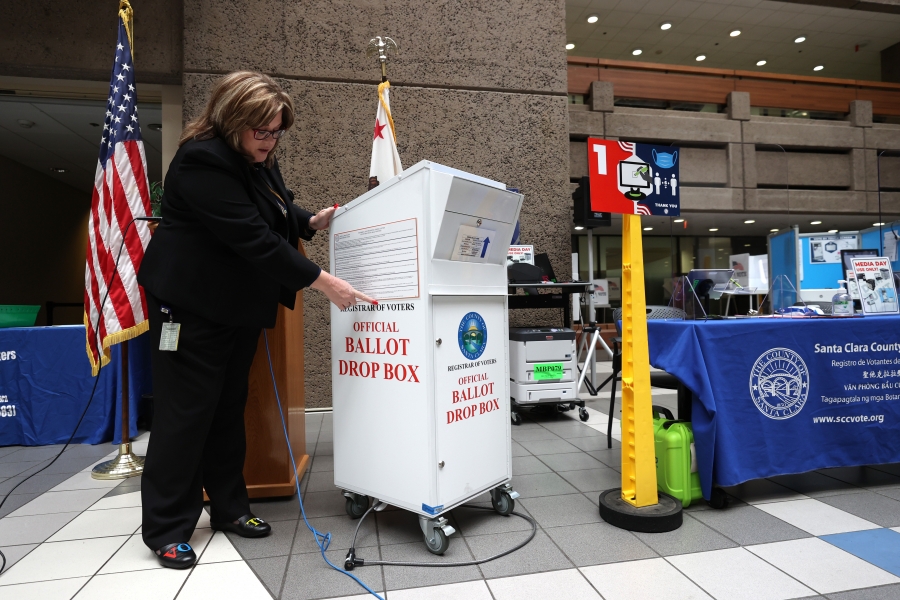 2. Appeal to the Supreme Court

State law controls almost every aspect of voting, so if there’s an election dispute, then it will go to a state court, writes constitutional scholar John Finn. “A candidate who wants to challenge the result in any particular state must first identify what provision of state law the election did not satisfy.” Most of the time, a state court decision will determine which presidential candidate gets the state’s electoral votes, with a final decision made by the state’s supreme court.

But then there is Bush v. Gore, the case that settled the 2000 election, which demonstrated that an election dispute can end up being heard by the Supreme Court if someone charges that a federal constitutional right has been violated. It’s possible, Finn writes, that several challenges similar to Bush v. Gore could arise in the 2020 election. “And where the lawsuits involved in Bush v. Gore all originated in Florida,” he writes, “this time the chaos may reach across several states.”

3. Throw the vote to Congress

There is another way that an election can end up being decided by other bodies besides the voters and the Electoral College. Not when it’s a disputed election, but when the Electoral College members are tied or don’t give any candidate a majority. That throws the election to the House of Representatives.

Political scientist Donald Brand writes that this method of determining a winner was not exactly the first choice of the framers, who “sought to avoid congressional involvement in presidential elections.” But if the Electoral College couldn’t provide a majority vote for one candidate, the election would wind up in the House, “presumably because as the institution closest to the people, it could bestow some democratic legitimacy on a contingent election.” 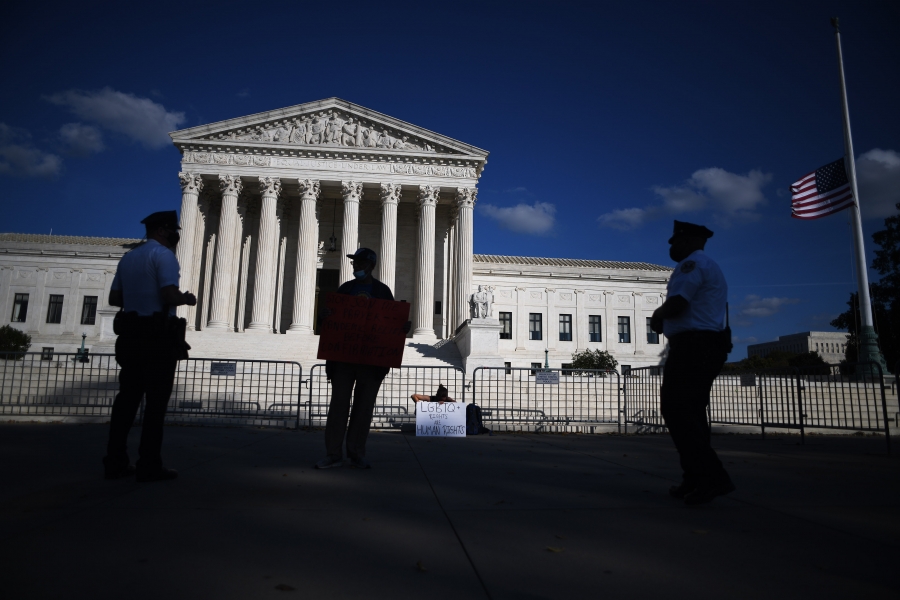 Could the presidential election be decided by the Supreme Court?

Astrid Riecken For The Washington Post via Getty Images

The republic may survive, but some disputed elections have “divided the nation, in ways that were hard to heal, or perhaps never healed.”

Political scientist Sarah Burns says that the election of 1824, which was resolved with what was then called a “corrupt bargain,” and the disputed 2000 election, which was effectively ended by the Supreme Court, both caused such anger that they poisoned national politics for some time. Critics of the court’s decisive role in 2000 pointed out that “Bush had failed to win the popular vote, and that the Supreme Court vote was split 5-4, with the conservative justices in the majority delivering an outcome favorable to their political leanings.”

Judges like to stay in their branch of government — the judiciary — and leave the politics to politicians. Supreme Court Justice Felix Frankfurter warned his fellow jurists to avoid “embroilment” in “the political thicket” of “party contests and party interests.” But a disputed election will be fought in the courts, and that’s dangerous for the standing of any court, especially the US Supreme Court. Voters will see judges’ actions and ascribe political intent to them, even if that’s not the case.

Austin Sarat, a legal scholar and political scientist, rakes into a pile the hundreds of lawsuits that have already been mounted over how the election is conducted this year, describing what they aim to do. He believes that the election’s outcome is likely to end up in court — and he says there’s danger ahead, for the lower courts as well as the Supreme Court.

“Whatever decisions judges make this year, the rush to the courthouse to shape the 2020 election will pose real challenges for their legitimacy, which ultimately depends on the public’s belief that they are not simply political actors.”