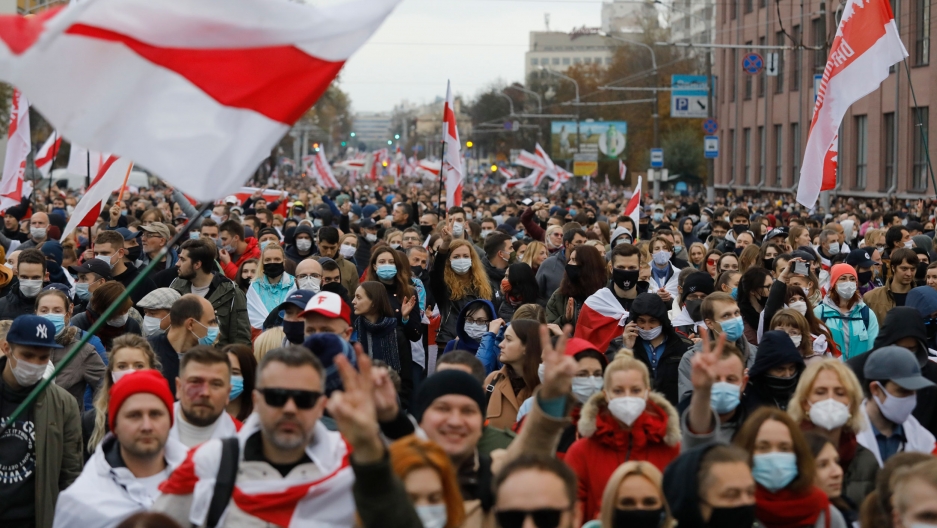 Workers and students again took to the streets in Belarus on Monday in a nationwide strike demanding the resignation of President Alexander Lukashenko. In August, he claimed victory in a widely disputed reelection that has fueled weeks of mass protests. Police used force — often violent — to arrest hundreds of people as the Belarusian opposition sought to ramp up pressure on Lukashenko, who defied an ultimatum on Sunday to surrender his power.

Exiled opposition leader Svetlana Tikhanovskaya is calling on Belarusians to block roads and shut down workplaces and withdraw all money from their bank accounts. “The regime has once again showed the Belarusians that violence is the only thing it is capable of,” Tikhanovskaya said in a statement from neighboring Lithuania.

If sustained, the strikes could add to the tensions in Belarus and test whether the opposition has enough support to bring industry across the country of 9.5 million people to a halt.

From The World: Belarus opposition leader: ‘We are fighting for the future of our children’

France and Turkey spent the weekend trading trading barbs, resulting in the French Foreign Ministry recalling its ambassador to Turkey on Sunday. That was followed by Turkish President Recep Tayyip Erdoğan calling for a boycott on French goods on Monday. The spat started following the brutal beheading of a teacher and what Erdoğan characterized as Macron's “anti-Islam” response. Erdoğan said French President Emmanuel Macron needed “some sort of mental treatment.” France condemned the remarks, calling them “unacceptable.”

And, voters in Chile gave a resounding endorsement on Sunday to a plan to tear up the country's Pinochet-era constitution in favor of a new charter drafted by citizens. With more than three quarters of votes counted as of Sunday night, more than 78% of voters had opted for a new charter. Chileans poured into the country's main squares in celebration as fireworks bursted overhead and people sang in unison. 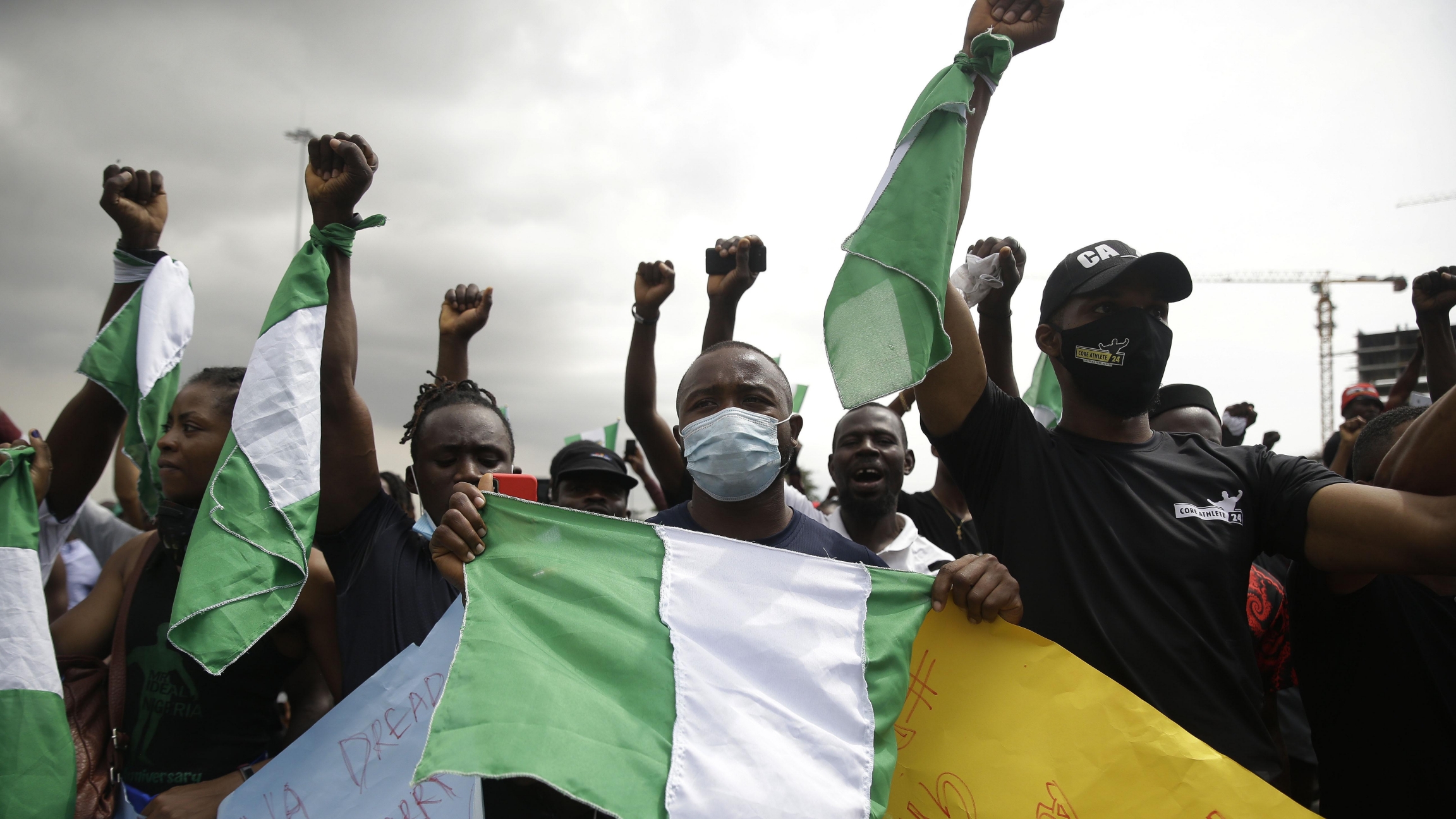 People hold banners as they demonstrate on the street to protest against police brutality in Lagos, Nigeria, Oct. 19, 2020.

The #EndSARS protests against police brutality that have erupted in Nigeria have spilled beyond the country's borders.

In the US, Nigerians have become one of the most educated immigrant groups in the country. They’ve also made a name for themselves as prolific musicians and artists across the world.

The vocal response to the violent crackdown on #EndSars protesters from Nigerians in the diaspora, including celebrities like Burna Boy, have demonstrated how no matter how far they go, Nigerians’ roots remain as strong as ever.

Explainer: How Biden and Trump would remake the Iran nuclear deal 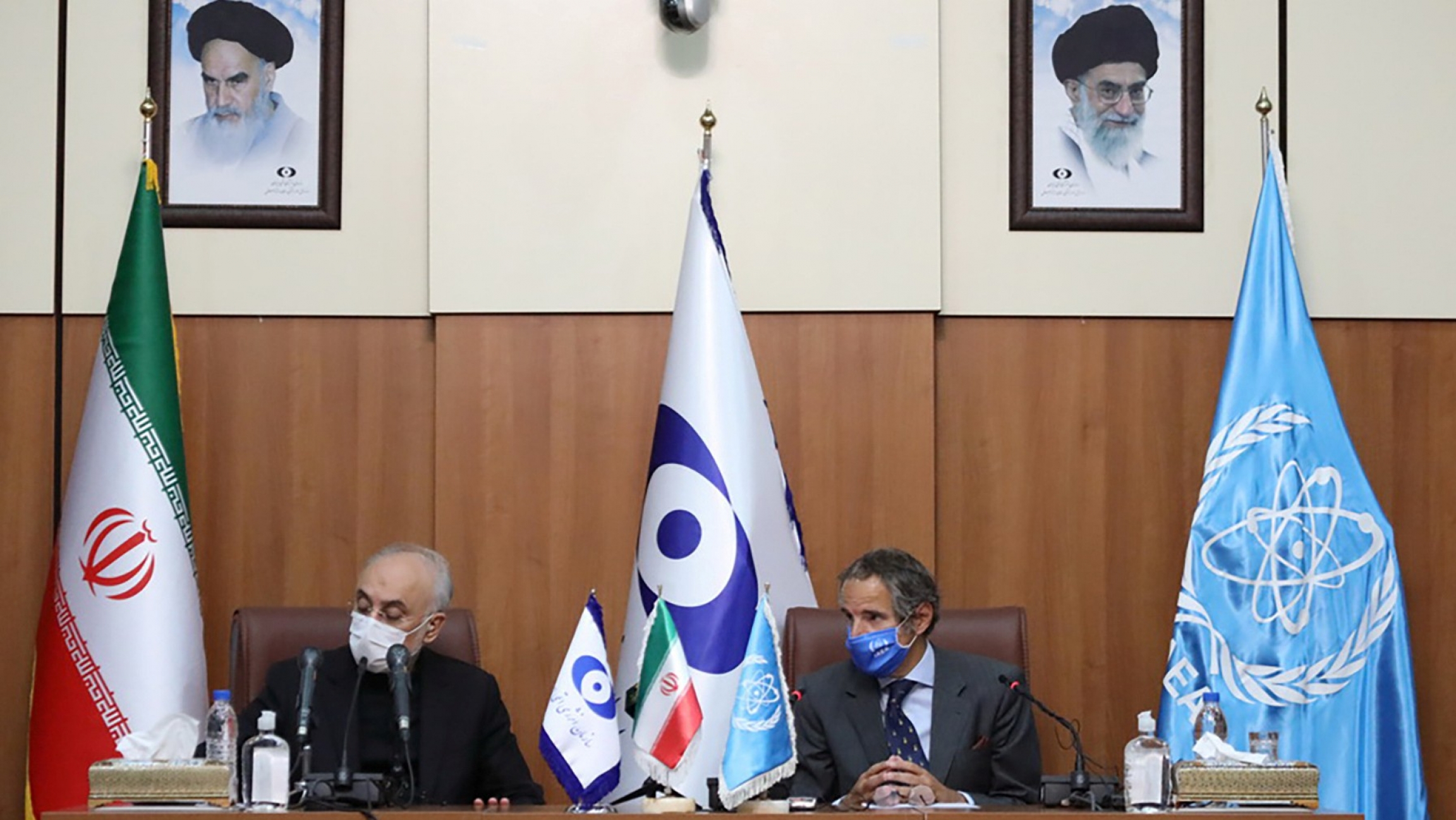 With incumbent US President Donald Trump having withdrawn from the landmark Iran nuclear agreement, his Democratic challenger, former Vice President Joe Biden, would more likely seek to get the JCPOA — along with European allies — back on track.

Chalk one up for conservationists. Fourteen endangered Loa water frogs were rescued and airlifted to Chile's Santiago zoo in 2019. Now, these rare frogs have produced 200 offspring.

Listen: How the rest of the world views the US presidential election 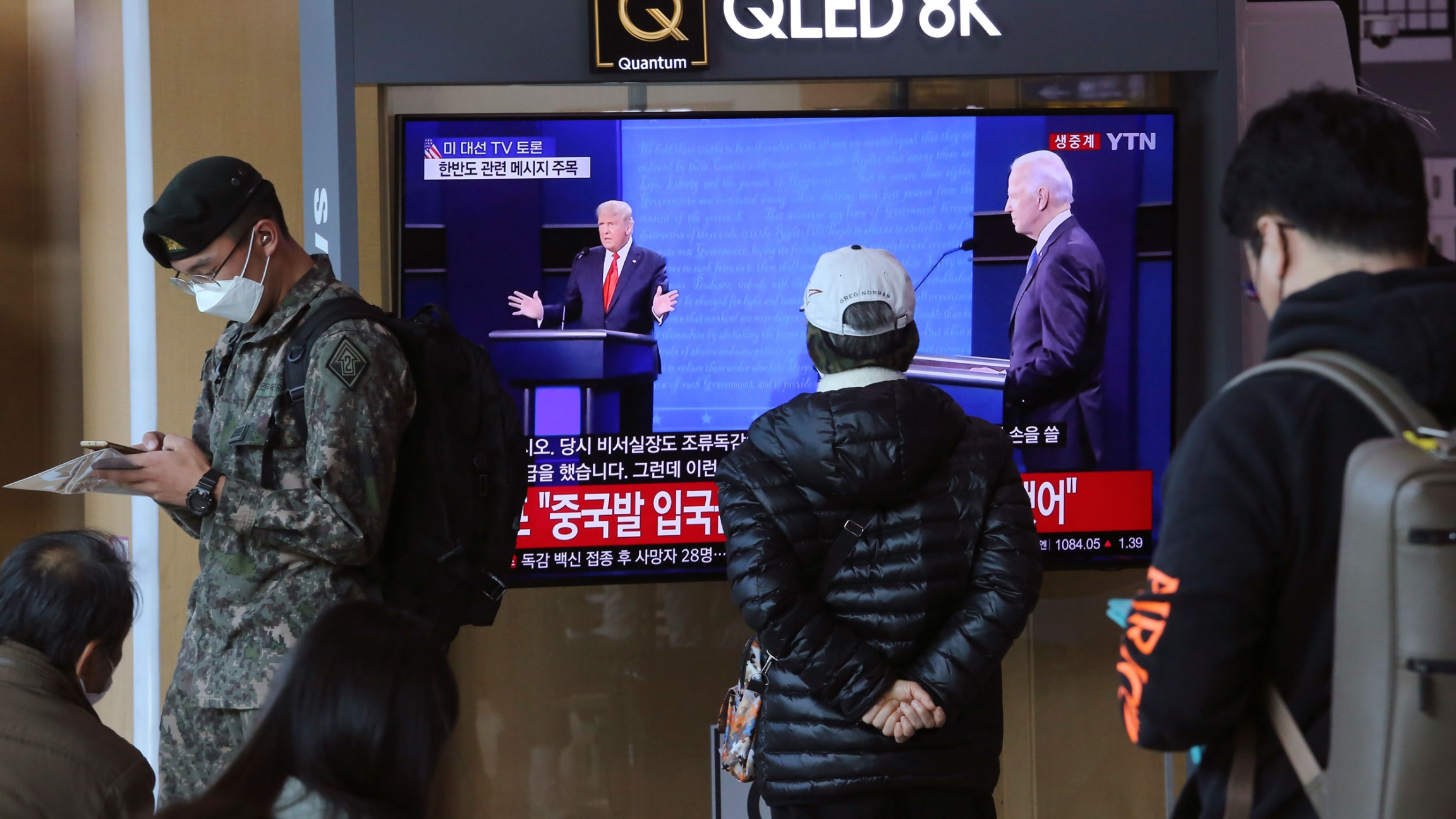 The last presidential debate last week focused extensively on foreign policy topics. The World's foreign correspondents share global reactions and what they're seeing abroad in the buildup to the Nov. 3 US election. And, US Secretary of State Mike Pompeo met the foreign ministers of Azerbaijan and Armenia on Friday. It's the latest attempt to find a solution to nearly a month of fighting in Nagorno-Karabakh. Also, when is a burger not a burger? That's a practical question facing the European Parliament in a discussion Friday about whether plant-based alternatives can use names typically associated with meat.