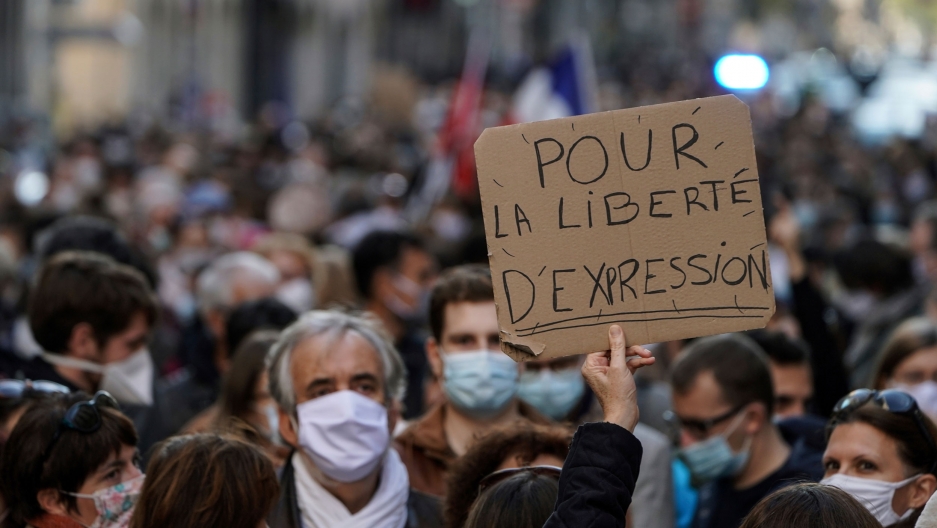 A person holds up a banner that reads: 'For the freedom of speech,' during a demonstration in Lyon, France, Oct. 18, 2020.

Police raided the homes of dozens of suspected Islamist extremists on Monday in France following the brutal murder of a history teacher near Paris. Samuel Paty was beheaded Friday on the street in a suburb northwest of Paris, after he discussed caricatures of the Prophet Muhammad with his class. The suspect, an 18-year-old Chechen refugee born in Moscow, Russia, and had no connection to the teacher or school, was later shot dead by police on Friday.

“This was an attempt to strike down the republic,” French President Emmanuel Macron said of Paty’s killing.

Thousands of demonstrators gathered across France on Sunday to support freedom of speech and remember the slain 47-year-old teacher. Authorities said they have now detained 11 people in connection with the fatal attack.

Bolivians headed to the polls on Sunday in high-stakes redo of last year’s annulled ballot, which forced the lefist leader Evo Morales to resign and flee the country. In a remarkable turn of events, Morales’ handpicked successor, Luis Arce, appears set to return the socialist movement back to power, according to exit polls.

And, on Sunday the UN arms embargo on Iran barring the country from purchasing foreign weapons expired under its nuclear deal with world powers. US Secretary of State Mike Pompeo said the US rejected the expiration, insisting the ban remains in place. Meanwhile, Iran’s Foreign Minister Mohammad Javad Zarif called it a win for multilateralism. Iran says it is not planning a “buying spree," though it can now in theory purchase weapons to upgrade military armaments.

Explainer: How Russia benefits from disrupting the US election, again 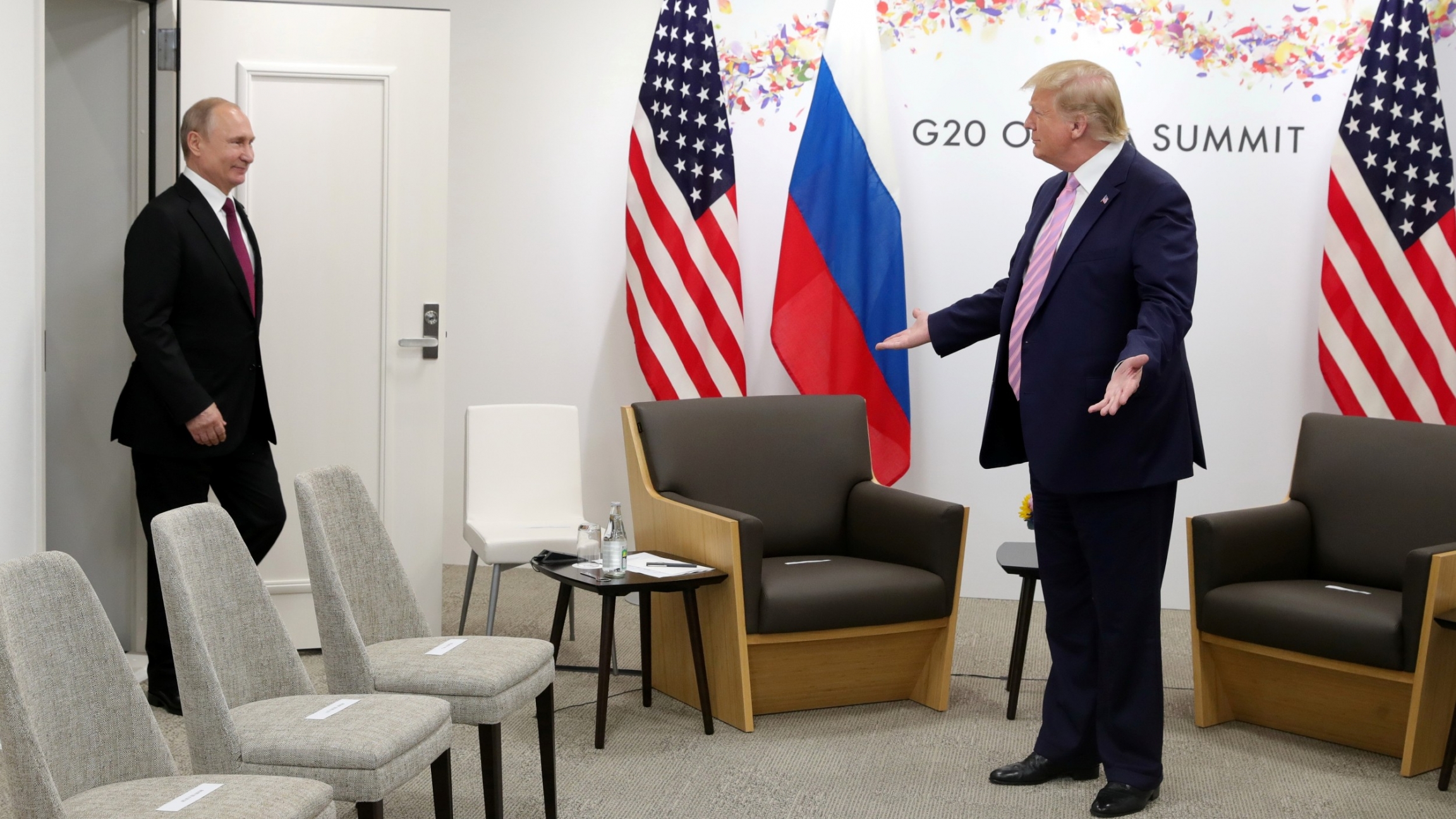 Russia's President Vladimir Putin is greeted by US President Donald Trump at the G20 summit in Osaka, Japan, June 28, 2019.

Moscow meddled in the 2016 election, but hasn’t entirely done well with the Trump administration. And accusations about collusion with Russian operatives have dogged the Trump presidency since day one, despite Republicans often dismissing the allegations — which have resulted in jail sentences for several Trump associates — as a hoax.

Yet, a Biden presidency could be much worse for the Kremlin. The former vice president, for his part, said in a September town hall that Russia will pay an “economic price” for meddling if he takes the White House, explaining that Putin promotes discord in the US — and for European allies.

After months of closure, Kenya's schools adjust to sudden reopening 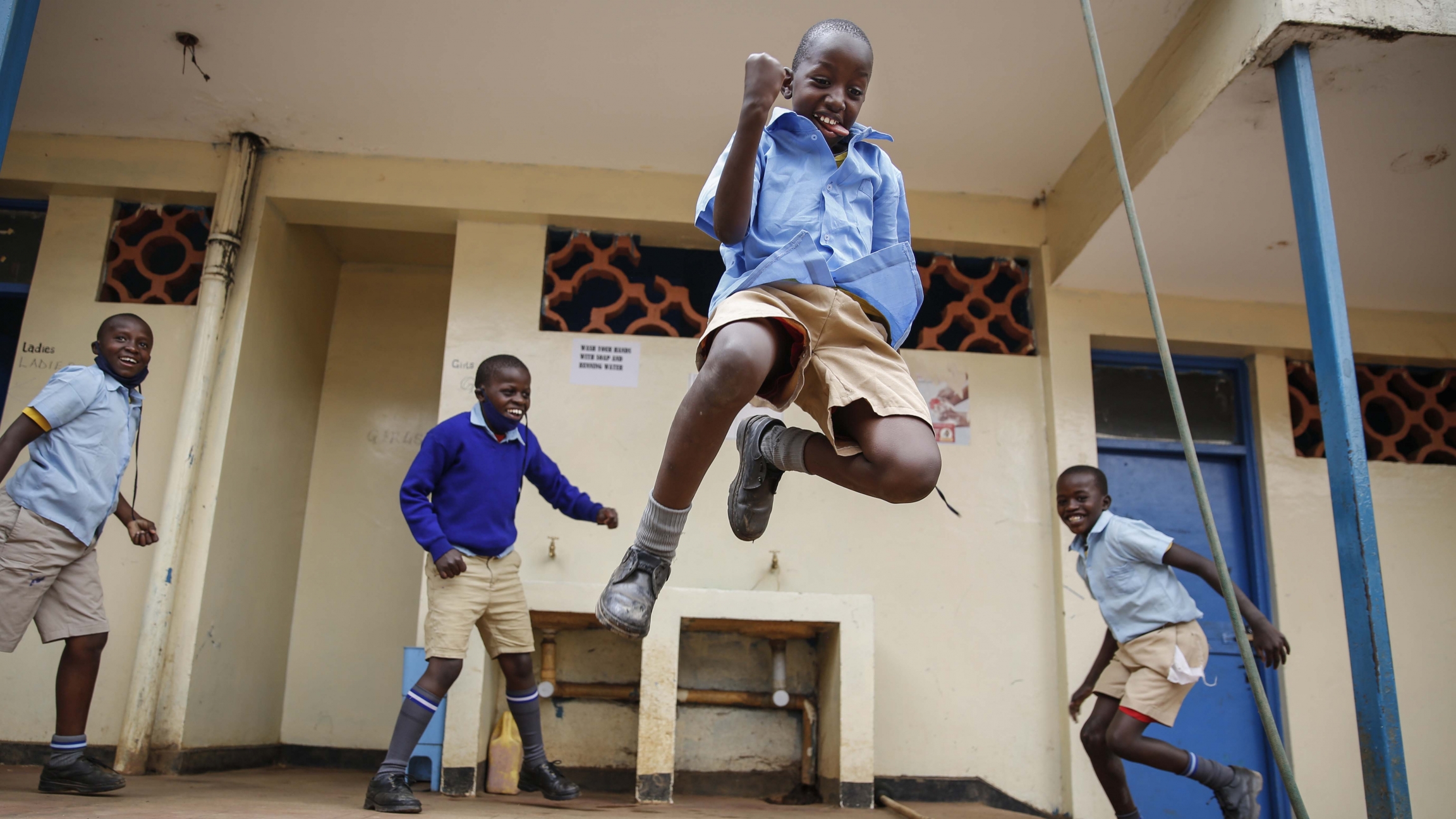 Schoolchildren joke around and play at the Olympic Primary School in Kibera, Kenya, on Oct. 12, 2020.

In July, Nairobi announced that schools across the country would stay closed for the rest of the year due to the coronavirus pandemic. This week's last-minute reopening is a pleasant surprise for many teachers, parents and students. 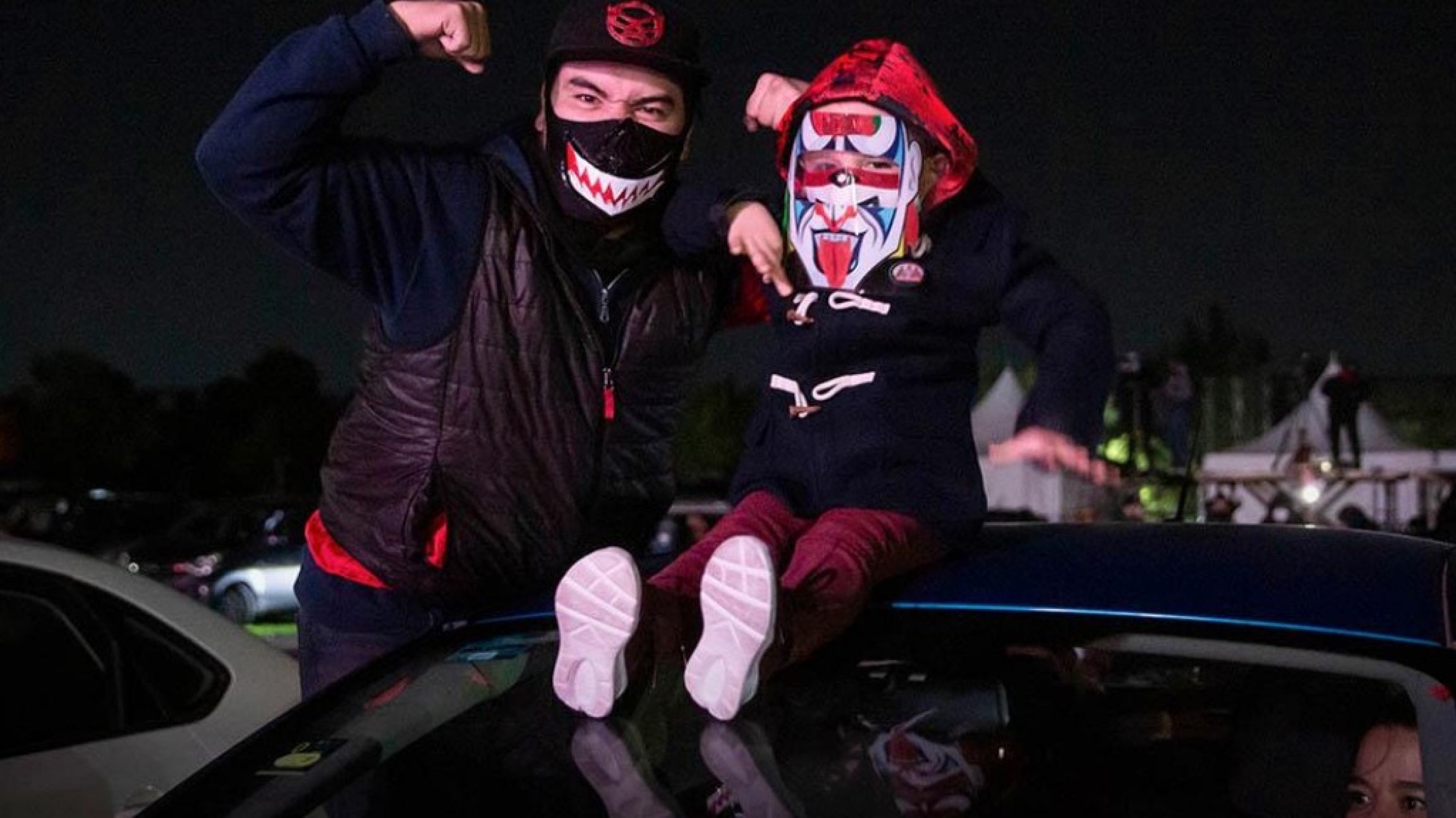 The Mexican government has banned large public events since April to prevent the spread of the coronavirus. Yet, organizers of the country’s storied wrestling extravaganzas have gotten creative to stay in business. This month, the owners of Lucha Libre AAA, one of the biggest wrestling companies, built an outdoor, drive-in arena near Mexico City’s airport. 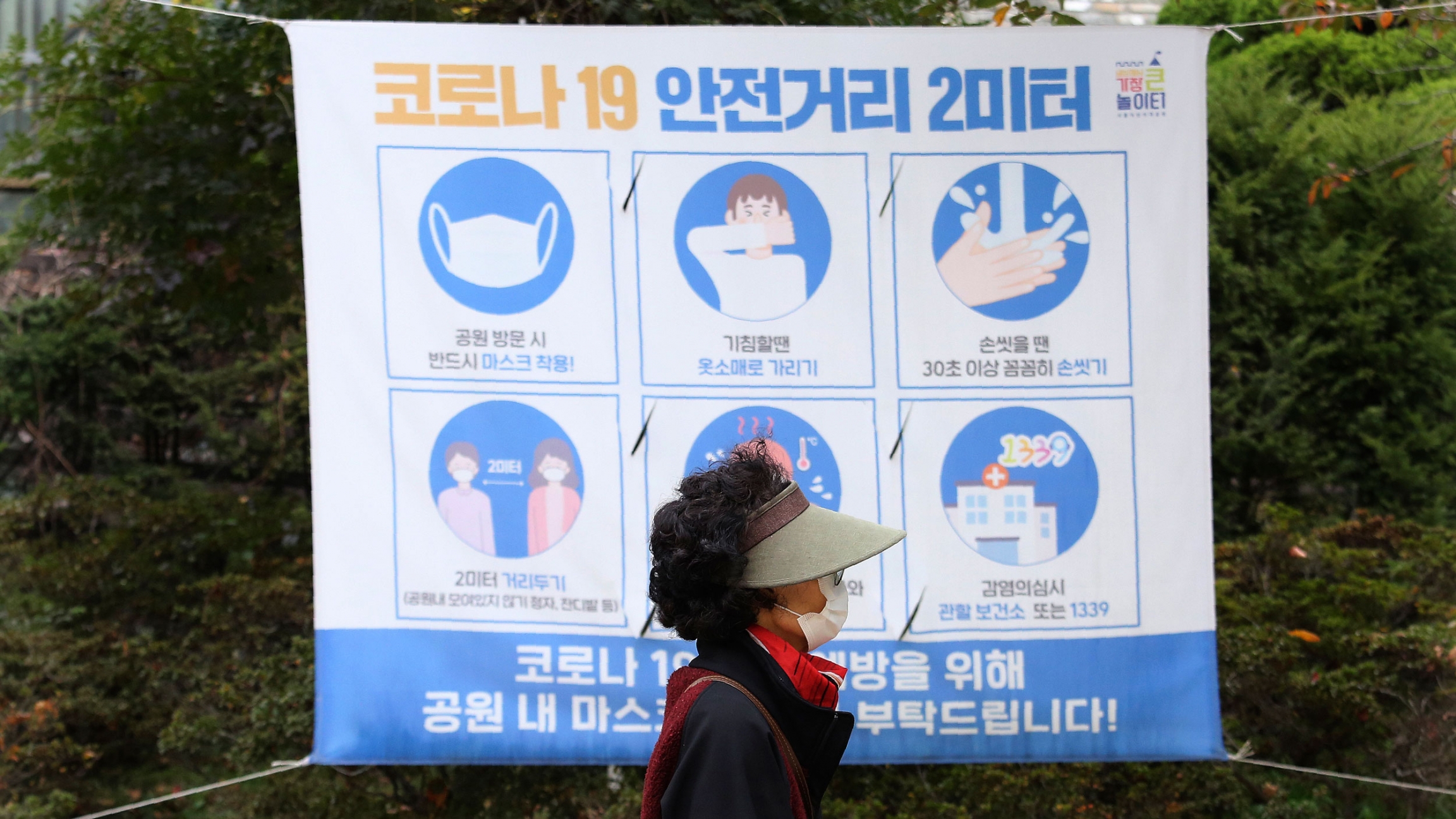 A woman wearing a face mask walks by a social distancing sign at a park in Seoul, South Korea, Oct. 16, 2020.

There's a fringe proposal to counter the pandemic gaining some traction: Just let the virus spread and let a population build up "natural herd immunity." But this week, leading public health experts from around the globe pushed back, warning that the idea is extremely dangerous. And, former defense minister of Mexico, retired Gen. Salvador Cienfuegos, has been arrested in Los Angeles in connection with drug-related corruption. Plus, New Zealanders head to the polls.