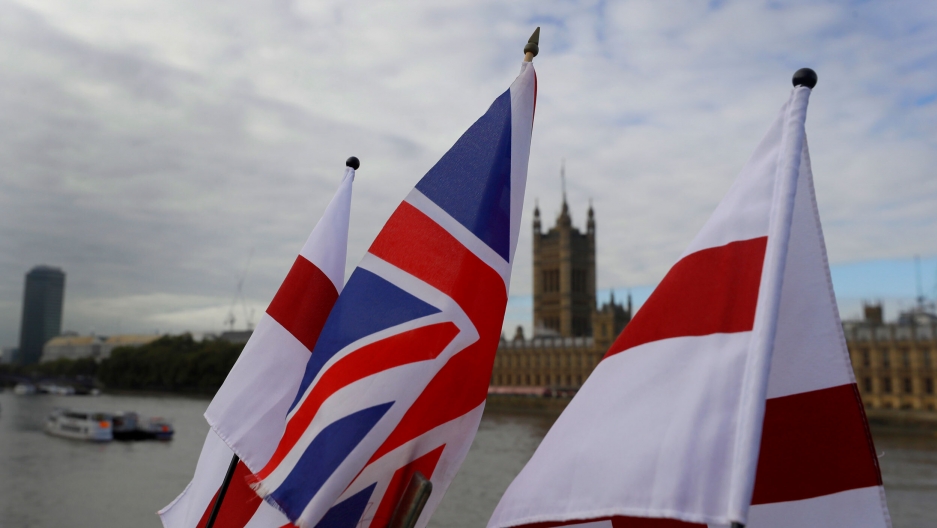 UK and England flags fly above a souvenir stand opposite Britain's Parliament in London, Oct. 16, 2020.

British Prime Minister Boris Johnson has said the UK should prepare for Brexit to take place in 10 weeks, even in the absence of a trade deal with the European Union — which he claimed was failing to take negotiations seriously. The culmination of the tumultuous five-year process of Britain’s divorce from the bloc could further disrupt supply chains at the same time that economies teeter from the impact of coronavirus-induced recession.

EU officials said Thursday that the lack of progress in summit talks was concerning and that a rupture would happen at the beginning of next year if the UK does not concede on major sticking points. “Get ready for January 1 with arrangements that are more like Australia’s based on simple principles of global free trade,” said Johnson, in reference to a scenario where the UK would trade with the EU based on World Trade Organization rules, including tariffs.

Though discussions appeared on the brink of breaking down, European Commission President Ursula von der Leyen suggested that there would be more time next week to sort out the disagreements. Britain technically departed the union on Jan. 31, 2020, but a transition period is set to end Dec. 31 — after which the UK is to leave the EU single market and customs union.

EU leaders have said they will not offer the UK an arrangement similar to that with Canada, fearing the competitive challenge London poses. German Chancellor Angela Merkel, Europe’s most powerful leader, said both sides need to compromise in order to ensure peace in Ireland and to fortify the EU economy.

Voters in New Zealand will head to the polls Saturday to decide whether Prime Minister Jacinda Ardern should serve a second term, in a referendum that could be won largely based on her successful handling of the coronavirus and progressive policies that have earned global acclaim. Ardern, who calmed the nation during the Christchurch terrorist attacks and worked in office up until the birth of her first child, oversees a pandemic response that has resulted in just 25 deaths. New Zealanders will also be voting on whether to legalize euthanasia and recreational marijuana.

And, Gen. Salvador Cienfuegos, the former Mexican defense minister, was arrested Thursday by US authorities — acting on the orders of the Drug Enforcement Administration — upon arrival at Los Angeles International Airport. Cienfuegos is the highest-ranking Mexican official to face legal repercussions for drug-related corruption. The arrest casts a shadow over Mexico’s fight against organized crime.

Trial hurdles are 'totally normal' on path toward immunity 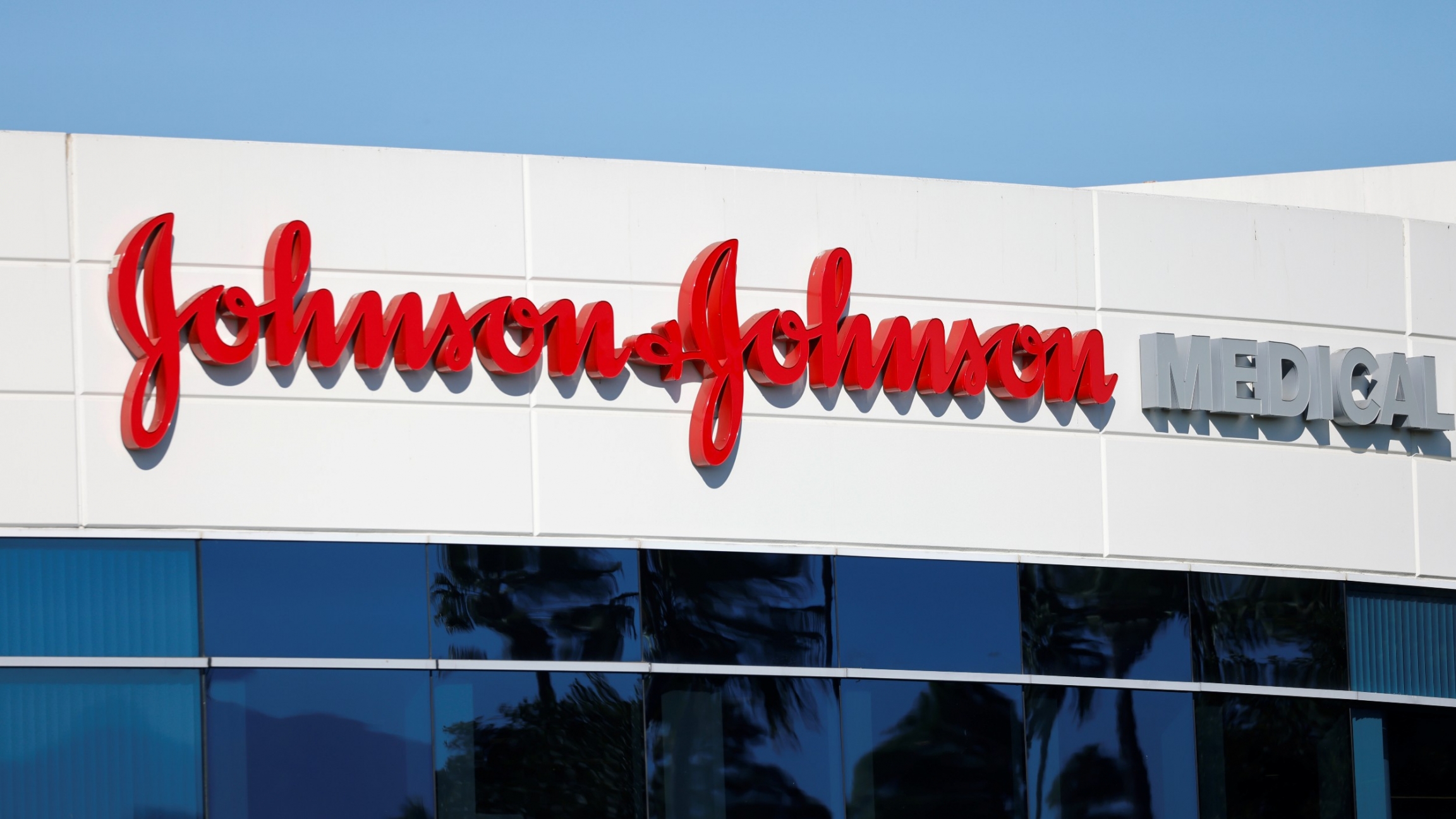 For vaccine developers, temporary halts show that the tests are being done properly and a difficult timeline comes with the territory, Polly Roy, a professor and chair of virology at the London School of Hygiene and Tropical Medicine, told The World's Marco Werman.

"Any vaccine candidates for any vaccine in a large-scale trial will see some people react," Roy said.

"It is actually normal and it should show the vaccine is working. And it is good that during the pause they are trying to find out exactly what is the reason [for the apparent illness]. And it could be for any reason. So, it's not necessarily the direct fault of the vaccine itself."

New app helps Inuit adapt to changing climate: ‘It’s time for the harpoon and computer to work together’ 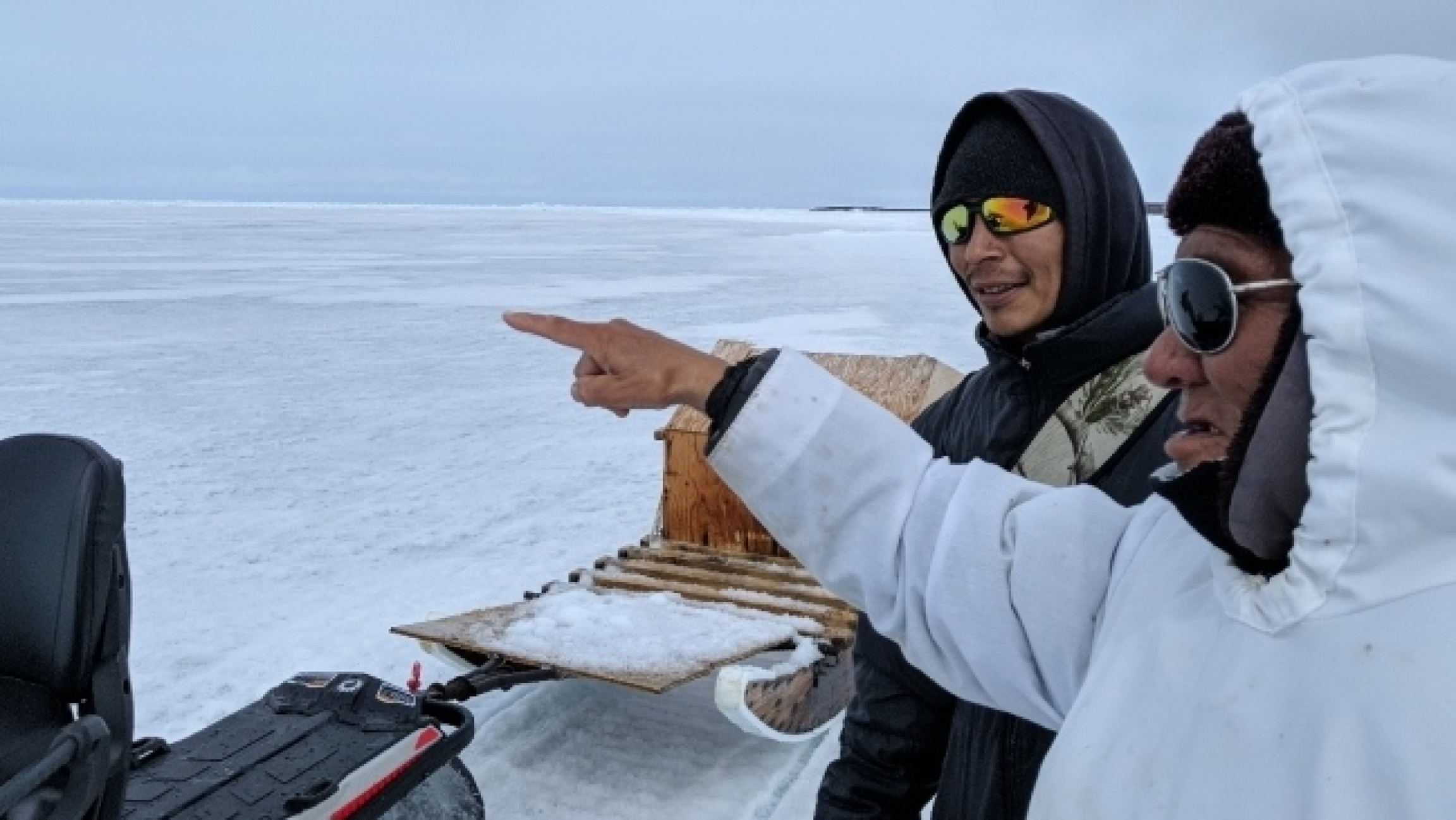 In one SIKU app post, 73-year-old Jimmy Iqaluq explains why this past winter's sea ice was too thin to hold the weight of a snowmobile due to warm temperatures.

Courtesy of the Arctic Eider Society

Digital tools like SIKU facilitate real-time monitoring and data gathering to give Arctic communities more capacity to track trends in sea ice and wildlife — and plan for the future.

Working from home has become the norm for many around the world during the pandemic. Now an amusement park in Japan is offering remote workers a change of scenery. Yomiuriland in Tokyo now has an  “amusement workation” package so you can work next to the park's pool. Instead of walking into your kitchen for yet another coffee, ride the ferris wheel stocked with a WiFi router! 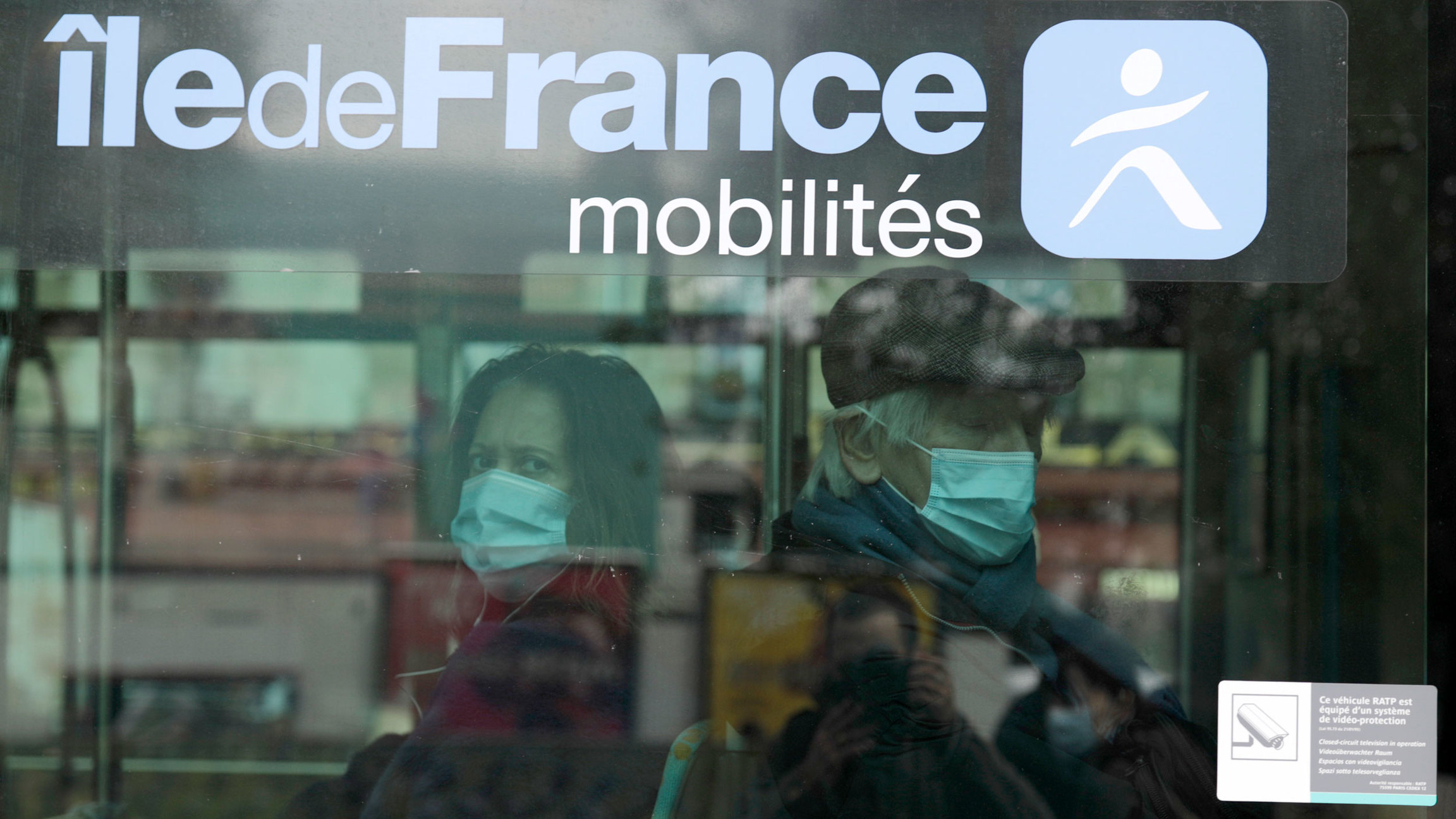 Masked commuters sit in a bus in Paris, Oct. 15, 2020. French President Emmanuel Macron has announced that millions of French citizens in several regions around the country, including in Paris, will have to respect a 9 p.m. curfew starting Saturday.

France will impose a nightly curfew starting on Saturday on almost 20 million of the country's 67 million people, in an attempt to curb a resurgence of the coronavirus. And, Norway's foreign minister said that Russia hacked into their country's parliamentary email system in August. Also, as Nov. 3 approaches, calls by President Donald Trump to declare a winner on election night have raised fears among the biggest, oldest group of mail-in voters: members of the military.