For the past seven months, the desks at the Global One School in Nairobi, Kenya, have been stacked on top of one another, shoved into classrooms that were beginning to collect dust.

Now, life is coming back to this primary school and many others after the Kenyan government announced schools would be allowed to partially reopen this week.

It comes as a pleasant — albeit sudden — surprise to many teachers, parents and students. Education officials said in July that the academic year would be canceled through December due to the pandemic. Students would be expected to repeat the entire academic year starting in 2021. It was a controversial move.

“As a teacher, I am so glad to come back. I missed the children, I missed doing my work,” said Judith Odero, who teaches science and math at Global One.

“Waiting until January was going to be too long” for teachers and students alike, she said.

Like other countries, Kenya, which closed schools in March, has been juggling the educational needs of millions of students with the public health concerns of an ongoing pandemic.

The government’s earlier decision to cancel the academic school year was largely unpopular.

“Failure to open now would have cost the government and all the stakeholders so much,” said John Nderitu, associate dean of the department of education at Kenyatta University in Nairobi. “Because we are talking about losing an entire year. We are talking about learners repeating a grade, more or less.” 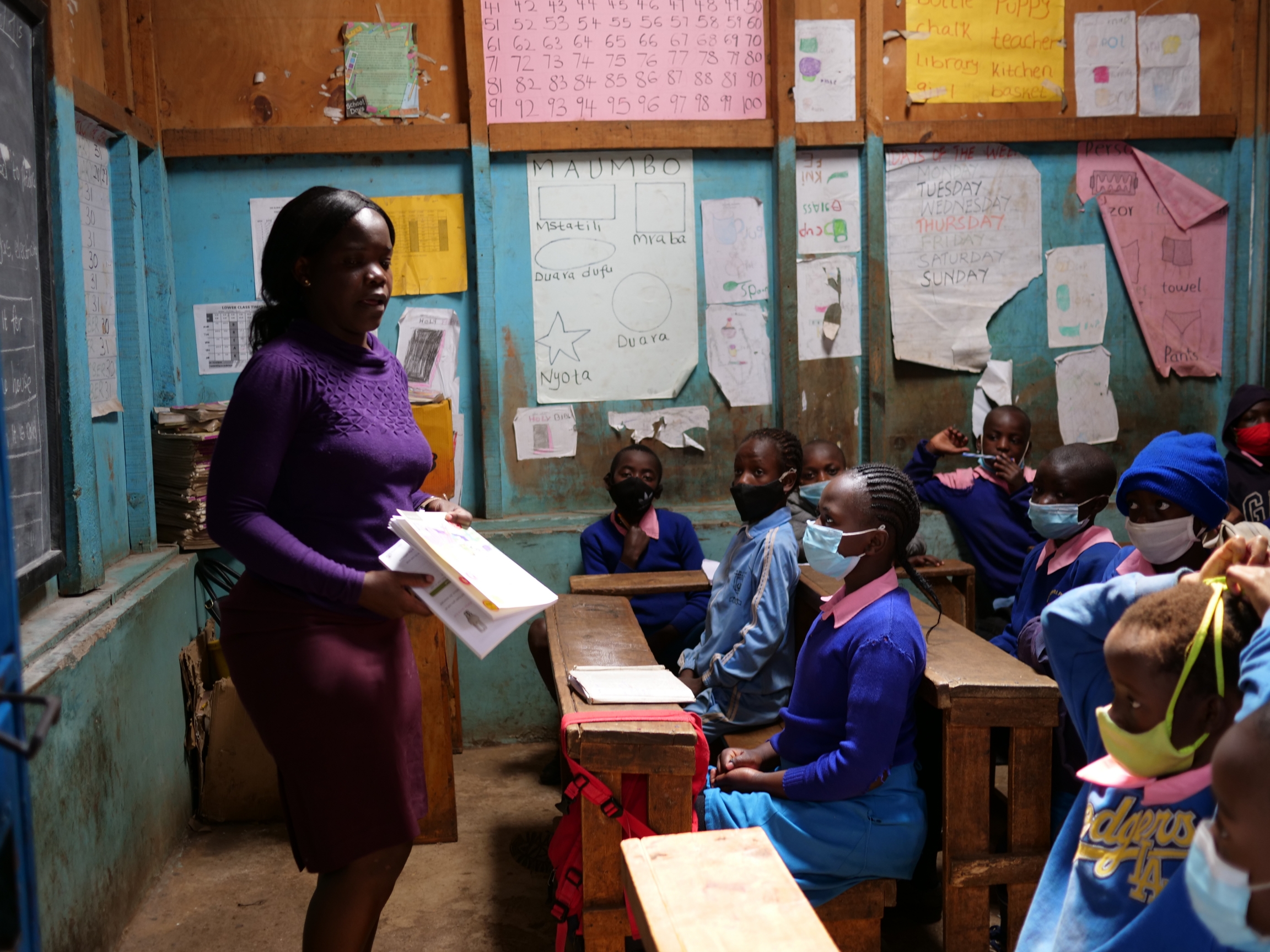 Primary school teacher Judith Odero teaches science to a grade four class at the Global One School in Nairobi, Kenya.

Only three grade levels resumed this week: Grades four and eight at the primary school level, along with form four, which is in secondary school. The latter two levels end with competitive national exams. Schools were reopened to allow them time to prepare.

Of course, classrooms will not be the same. Schools must comply with strict new health guidelines ranging from fumigating schools, buying temperature readers and requiring every student to wear a mask.

“With the rules and regulations, it’s tough monitoring the kids. They’re not used to it. Wearing masks all the time, keeping social distance,” Odero said. Her students in grade four range from 9 to 11 years old.

The sudden reopening, which was announced last week, has left teachers and parents scrambling to resume a school year they thought was essentially over.

“It’s good that they reopened,” said Vitalis Karani, a barber living in Kibera, where the Global One School is located. Two of his four children went back to class this week.

“But parents haven’t prepared well. A lot has happened with coronavirus. People don’t have money.” 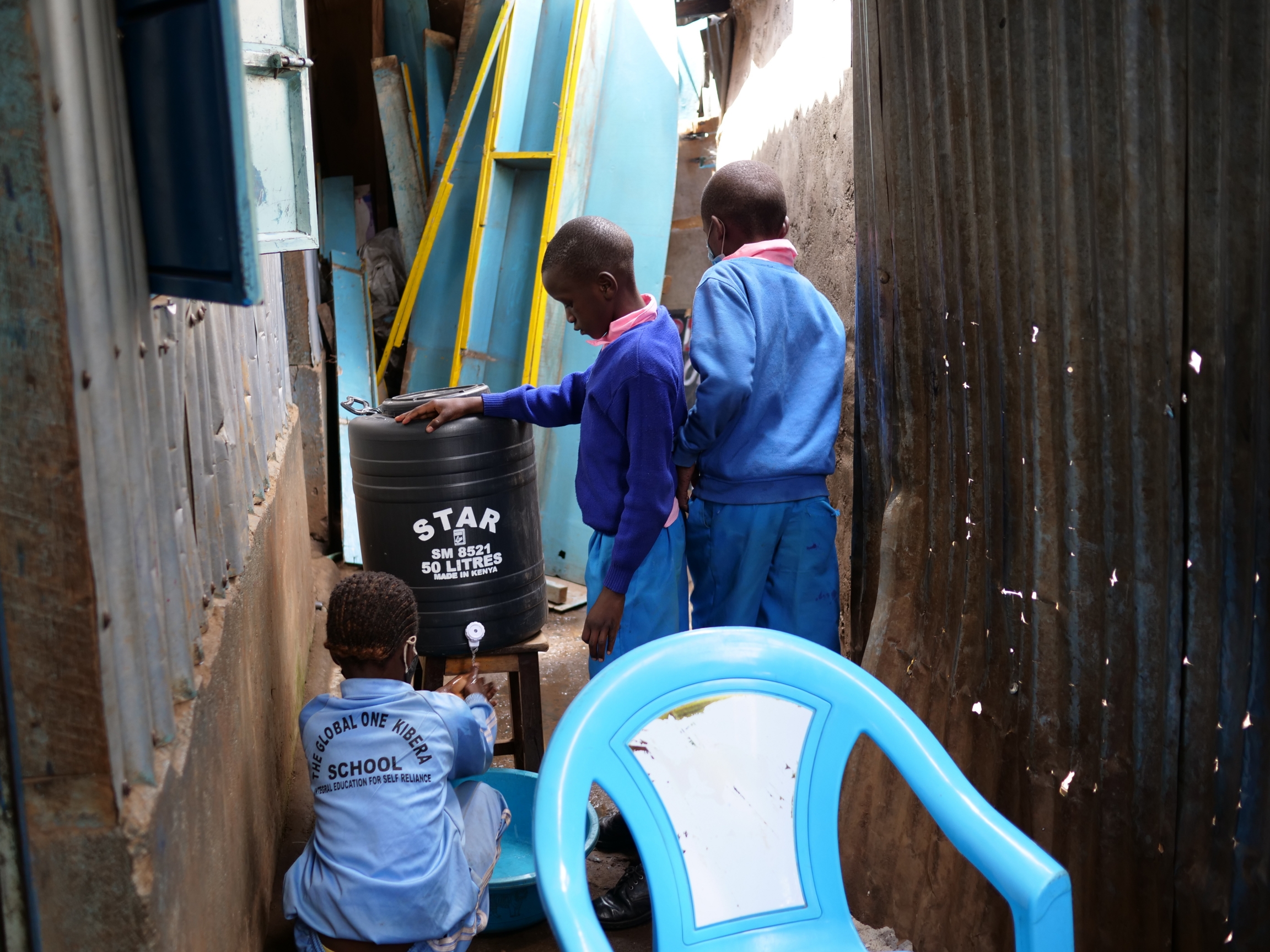 Primary school students wash their hands before a snack break at the Global One School in Nairobi, Kenya.

Given the economic impact of the pandemic, many parents, including Karani, can no longer afford school fees.

This has a trickle-down effect on private schools like Global One, which rely on those school fees, along with outside donations, to keep going.

Kenya’s Ministry of Education has pleaded with school administrators not to let fees pose a barrier to students’ ability to receive an education.

For now, Global One School is doing the best it can by finding ways to cut costs.

Odero is focused on reviewing the material her students were learning before schools closed — and preparing them for nationwide assessment exams that will take place next week.