Sweden and Denmark are only a few miles apart, but the two countries have handled COVID-19 very differently.

Sweden never shut down. Denmark did. And now, some Danes are looking to Sweden and thinking that perhaps their Nordic brothers and sisters were right in not shutting down their economy in the same way that Denmark has.

In Sweden, the number of new infections of the coronavirus is now much lower than it is in surrounding countries.

In the Danish city of Elsinore, restaurants and bars now have to close at 10 p.m. It’s the same all over Denmark. Patrons must wear a mask when they’re not seated at a table, and a lot of people simply don’t go out anymore. This means that many small businesses are struggling.

Claus Jensen was having a beer with a friend at a sports bar called SKUM. He said he’s frustrated with the changing regulations.

“The virus doesn’t care if it’s 10 p.m. or midnight. And if people can’t drink in the pub, they’re likely to go somewhere else with no social distancing.”

“The virus doesn’t care if it’s 10 p.m. or midnight. And if people can’t drink in the pub, they’re likely to go somewhere else with no social distancing,” he said.

You can actually see the Swedish city Helsingborg from Elsinore. It’s only a mile and a half apart. Ferries run between the two cities constantly, and it’s a hub for truck transport down through Europe. The ferry makes it easy for people living on one side and working on the other.

Related: Coronavirus Conversations: Where do we stand with testing and a vaccine?

And because of cheaper prices, Danes shop for groceries in Sweden. While Swedes go to Denmark for cheaper booze. On the ferry, face masks are mandatory.

But in Helsingborg, the rules are not nearly as strict as they are in Denmark. Bars, restaurants and shops in Sweden never did shut down. And they’re still open for business.

The Swedes have gotten a lot of attention for the way their government has dealt with the pandemic, and not all of it’s been positive.

But pub owner Sarah Johansson says she approves of the government’s decision not to impose a lockdown.

“I think that the Swedish way has been a lot better in the sense of [the] long term, that you can keep the economy going, which I’m very happy about. And also, kids have been to school, the society is still working, and the health care system quite OK. No, I’m happy with it.”

“I think that the Swedish way has been a lot better in the sense of [the] long term, that you can keep the economy going, which I’m very happy about. And also, kids have been to school, the society is still working, and the health care system quite OK. No, I’m happy with it.”

If it had the same restrictions as Denmark does, she said, “We’d be screwed, to be honest. Definitely. And I think that would also scare people off. Now, we’re like, doing it quite sensibly, which is like, keep the distance, do what we can, wash your hands, do all that, and it’s your own responsibility. I think this whole scaring people is not good. People are worried enough already.”

They do have restrictions in Sweden. There are limits on the number of patrons that a business can allow inside. And the Swedish economy has slowed down. Then, there’s the statistic, which is troubling: Nearly 6,000 people have died from COVID-19 in Sweden. 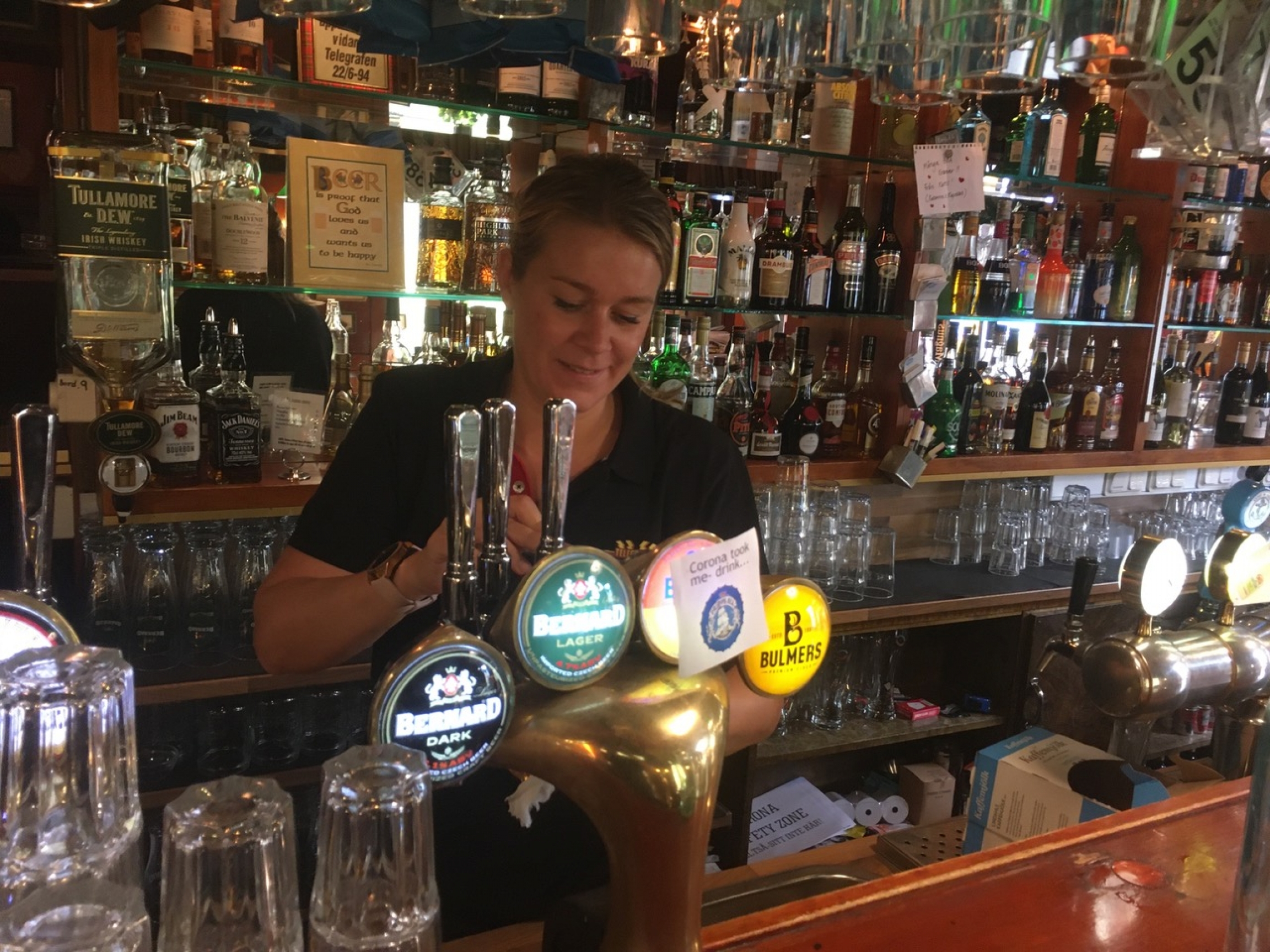 Denmark — with a population about half the size of Sweden’s — has recorded only about 700 coronavirus deaths. But more than six months into the pandemic, Sweden now has a lower rate of infections than its neighbors. Recently, it reported 22 cases per 100,000 inhabitants. The number in Denmark was more than double that.

Related: Why Africa has seen such low COVID-19 death rates

Anders Tegnell is Sweden’s chief medical officer. He’s been controversial because he went against much of the rest of the world and talked about achieving herd immunity instead of shutting down the country’s economy.

“It’s easier to keep the number of cases down when you have sustainable long-term regulation in place than when you go in and out of the lockdowns.”

“It’s easier to keep the number of cases down when you have sustainable long-term regulation in place than when you go in and out of the lockdowns,” he said.

It’s not clear yet whether Tegnell will be proven correct. Back in the Danish city of Elsinore, people are asking if maybe the Swedes got it right. The streets are quiet on a recent Friday night, except at a pub with the soccer game on.

Christian Husum says when the bars here shut down, he went over to Sweden to drink beer.

“Sweden has done a better job, and Denmark has just been confused,” he said.

Kaisa Aagaard, bar manager, says that the rules opening and closing keep changing, and that’s made it hard to attract customers. The Titanic theme is a signal that it’s closing time soon. In normal times, that happens around 2:45 a.m. But nowadays, it’s before 10 p.m. for the foreseeable future.