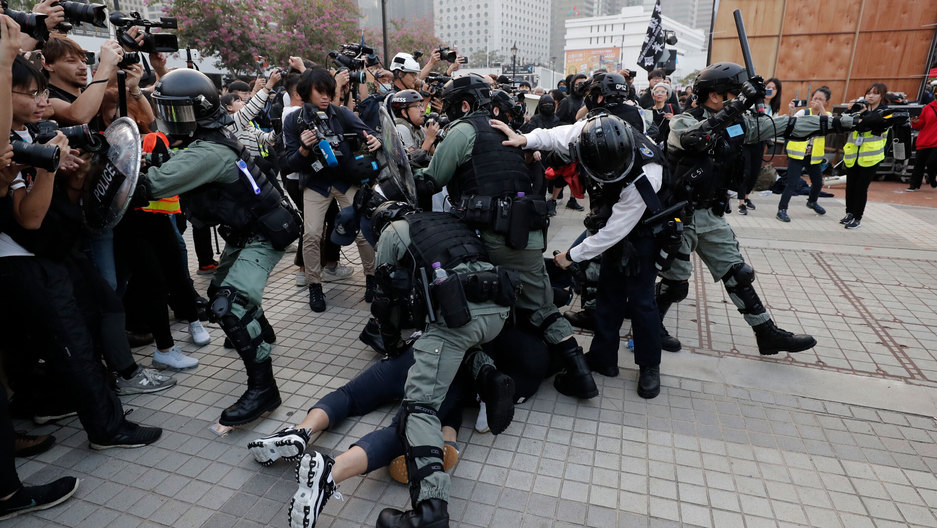 Riot police arrest protesters during a rally to show support for Uighurs and their fight for human rights. Thousands of demonstrators attended a rally to protest against China's policy on the Uighur minority, Hong Kong, Dec. 2019.

China, Russia and Cuba were among the countries elected Tuesday to the UN Human Rights Council, as Saudi Arabia failed in its bid to earn a three-year term starting Jan. 1 with the world body. The vote has provoked alarm with rights advocates, given the highly dubious records for the governments of new members. In 2018, the Trump administration quit the Human Rights Council over what it called chronic bias against Israel and a lack of reform — leading to criticism about a dearth of US leadership.

In the election, Russia and Cuba ran unopposed, whereas China had competed for membership with Saudi Arabia, Pakistan, Uzbekistan and Nepal — the latter three of which gained enough votes to earn positions on the council. A total of 15 countries were elected to the 47-nation panel.

Ivory Coast, Gabon, Malawi, Bolivia, France and the UK were also picked, with Senegal, Ukraine and Mexico each selected for a second, three-year term. Nations on the council are expected to abide by the highest standards for the protection of human rights, address violations around the globe and make recommendations for better accountability.

Independent monitors have paused new enrollment in an Eli Lilly study testing an experimental, antibody cocktail in conjunction with COVID-19, antiviral-drug remdesivir. The ACTIV-3 trial was halted “out of an abundance of caution,” according to the company, which didn’t elaborate further on what led to the freeze. However, the move comes a day after another notable temporary pause in taking on new volunteers — for the Johnson & Johnson, COVID-19 vaccine study, following a study participant's unexplained illness.

Lebanon and Israel have begun indirect talks mediated by the US over their disputed maritime border amid increased interest in natural gas exploration across the eastern Mediterranean. The longtime foes say that the discussions, which are taking place at UN border post Ras Naqoura, are not an indication of normalized ties. The adjacent, Levantine countries have both struggled with political divisions and COVID-19-related uncertainty. They have no diplomatic relations and are technically in a state of war, but regional experts believe the outdoor meeting could help resolve the spat over 330 square miles. 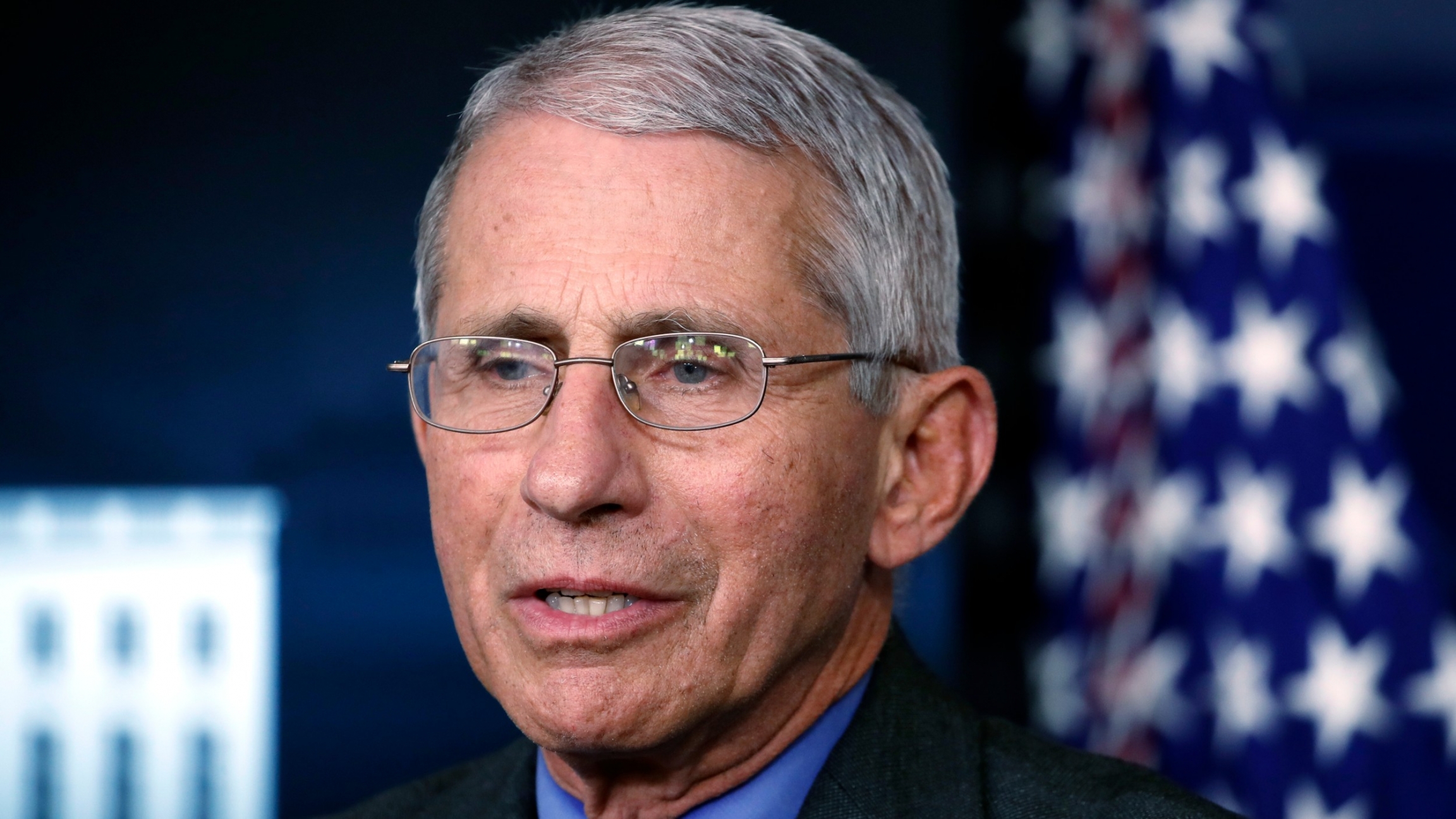 In this file photo, Dr. Anthony Fauci, director of the National Institute of Allergy and Infectious Diseases, speaks about the coronavirus in the press briefing room at the White House in Washington, April 13, 2020.

"In the Northern Hemisphere, countries that originally got hit, then went down to a good baseline and did well — like many of the European Union countries, the UK, some of the Asian countries," Fauci told The World's Marco Werman.

"After an initial really difficult time, they all seemed to have things under pretty good control. But now, as the weather gets cooler simultaneously with trying to open up the economy, we're seeing these upticks of global cases throughout the world. And unfortunately, we're starting to see that here." 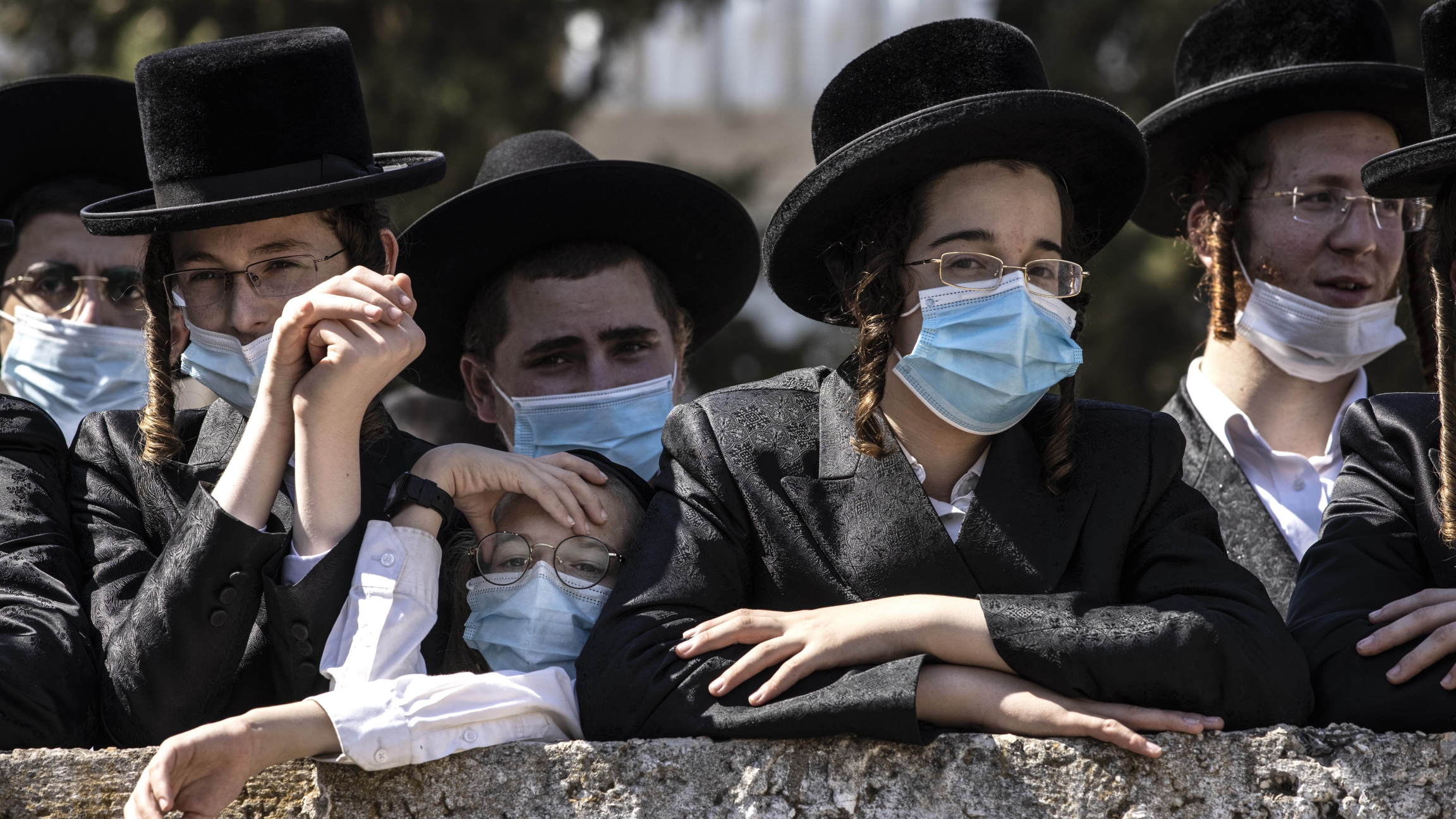 Ultra-Orthodox Jewish teens attend the funeral for Rabbi Mordechai Leifer, as Israeli police try to control the crowd of mourners, the latest in a string of clashes between security forces and ultra-Orthodox Jews violating a national coronavirus lockdown order, in the port city of Ashdod, Israel, Oct. 5, 2020.

Under lockdown rules, gatherings are limited to 20 people outdoors and 10 indoors. But on Saturday night, in the Shikun Hahistadrut neighborhood of Bnei Brak, music and singing rang out from the open windows of a Torah study seminary as celebrants gathered. 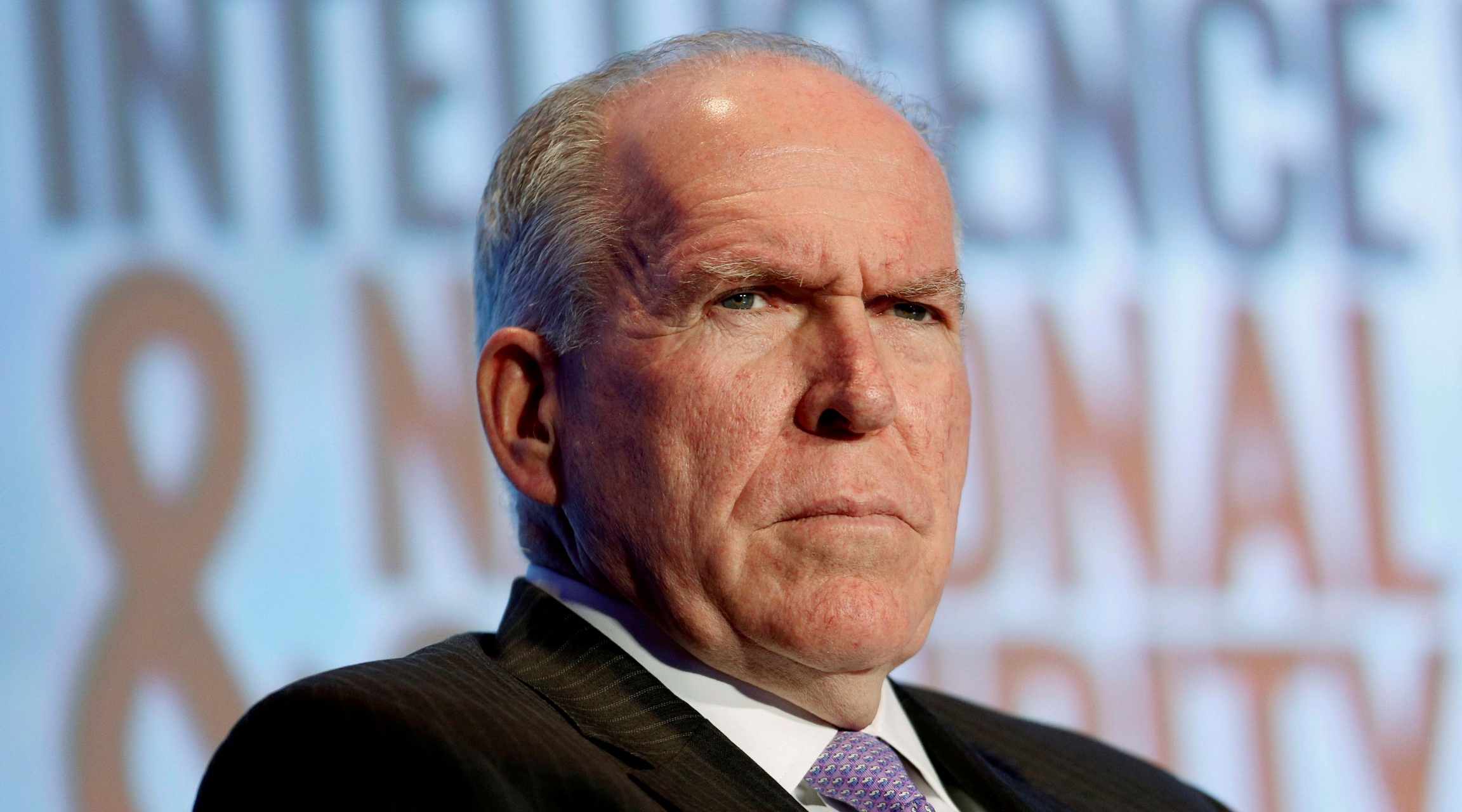 CIA Director John Brennan at an intelligence summit in DC on Sept. 8.

Ex-CIA Director John Brennan says the next 100 days leading up to the inauguration may be especially dangerous and he raised concerns about potential bad actors being emboldened.

"I think Donald Trump is going to resort to any tactic to try to emerge victorious in the election," Brennan told The World's Marco Werman.

"I'm sure he's going to pursue a legal challenge to the outcome and he may, in fact, embolden his supporters to try to rally in the streets in support of his reelection. But I do have faith and confidence in the institutions of our government."

In a journey of just three hours, a trio that included one astronaut and two cosmonauts launched from the Russia-leased Baikonur Cosmodrome spaceport facility in Kazakhstan and then docked at the International Space Station. The mission was the first in a new fast-track maneuver.

Astronaut Kate Rubins, along with cosmonauts Sergey Ryzhikov and Sergey Kud-Sverchkov, launched to the International Space Station aboard a Russia's Soyuz MS-17 spacecraft on Oct. 14, 2020.
BONUS: watch the Korolev cross at the end of the clip https://t.co/I6jGXzQrwl pic.twitter.com/v24ifkXMLJ 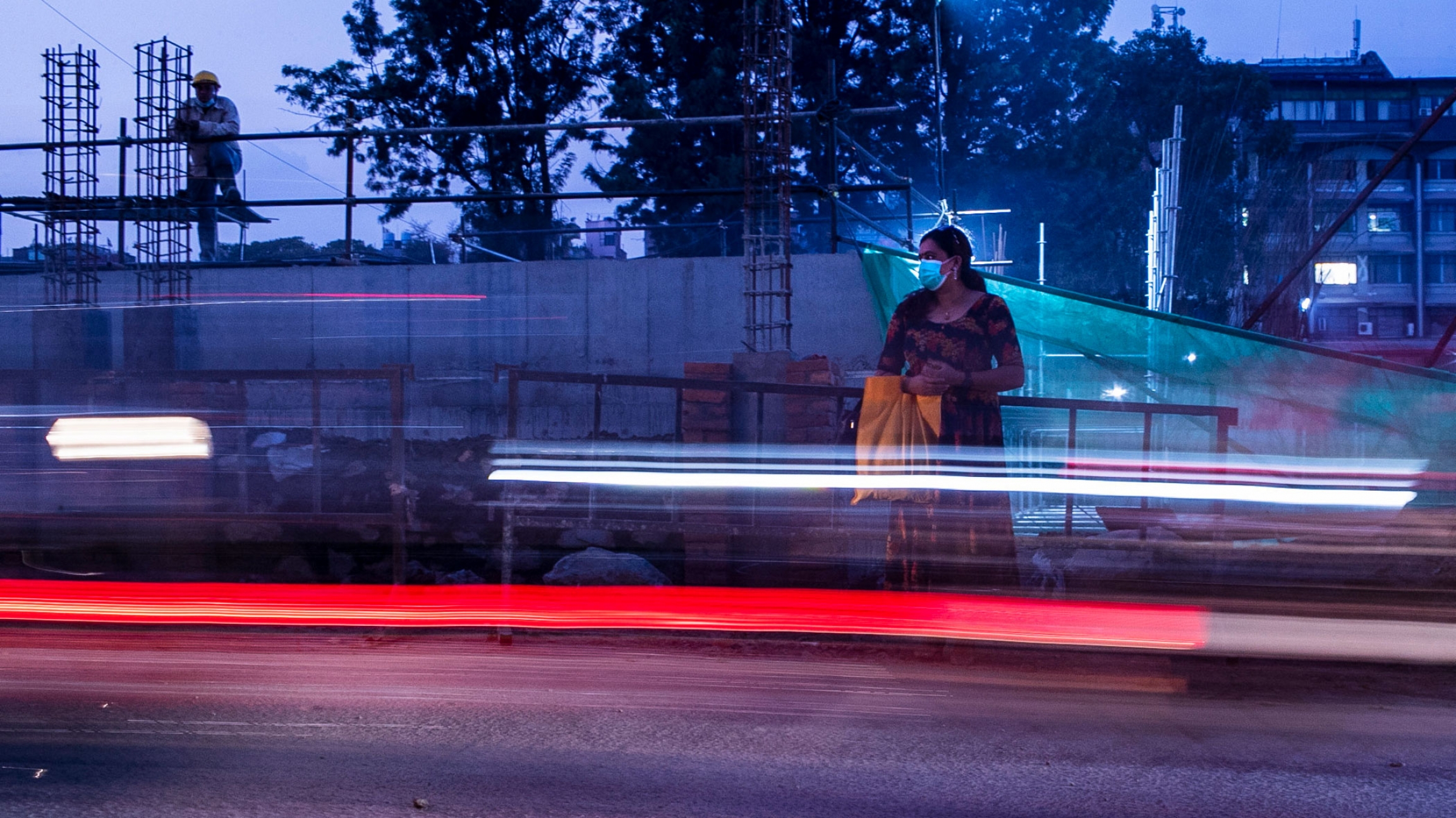 A woman wearing a mask as a precautionary measure against the coronavirus waits for a taxi in Kathmandu, Nepal, October 2020.

America’s top infectious disease expert, Dr. Anthony Fauci, says the globe isn’t doing as well as he’d hoped in fighting the pandemic, and he worries about the politicization of public health. And, in Qingdao, a small outbreak of the coronavirus has prompted a plan to test all 9 million residents of the Chinese port city. Also, US intelligence officials have historically been nonpartisan, at least in public. But former CIA Director John Brennan has torn up that playbook.