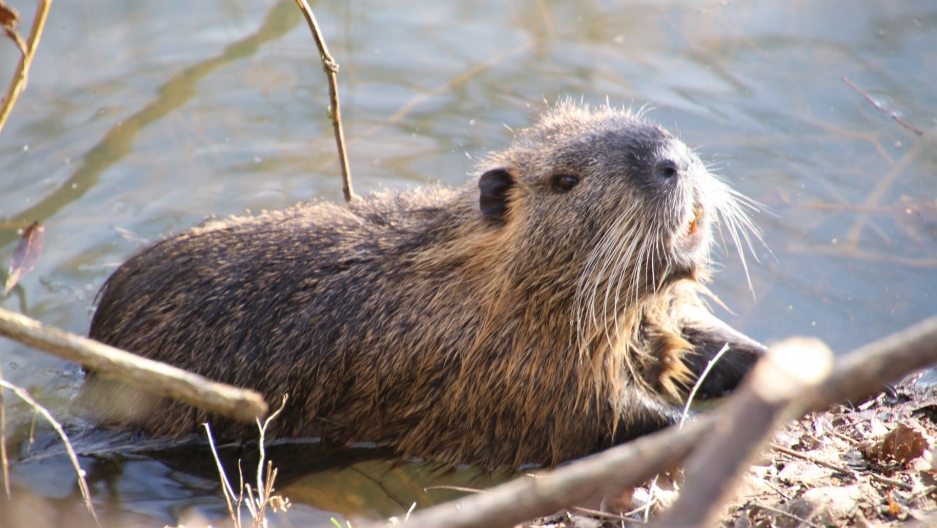 After beavers were released in Devon, vegetation flourished, streams returned to their natural paths and water quality improved.

UK officials have confirmed that a five-year beaver reintroduction pilot program in England was a success and the first beavers to live in England for centuries will be allowed to stay.

The Eurasian beaver is native to the British Isles but was hunted to extinction nearly 500 years ago. Not long ago, however, a beaver family mysteriously turned up in the River Otter in Devon, England.

Locals expressed concerns about disease and flooding from beaver dams, but a group of scientists persuaded the UK government to allow the beavers to stay as part of a reintroduction pilot plan.

“The government has allowed the animals to remain — not just remain, actually, but also to expand,” explains professor Richard Brazier, a hydrologist at the University of Exeter. “We learned a multitude of different things in this really intensively farmed lowland catchment setting. We learned that the beaver dams could reduce the impact of flooding downstream; we learned that the dams could filter pollutants out of the water; we learned, of course, that the animals, in creating wetlands and bringing water to these otherwise dry and drained landscapes…bring biodiversity back.”

These findings demonstrate that, on balance, the benefits of having beavers back in this landscape far outweigh the costs associated with managing them, Brazier says.

Related: Beavers are being looked at as little climate change fighting machines

Beavers are a “very efficient water resource manager,” Brazier notes, and when they disappeared the area lost a lot of water. During warm, less rainy times, streams and tributaries run dry and “there's very little water left in the soil,” he explains. “There’s very little water recharging our groundwater aquifers, there's very low base flow in our streams and rivers, and, of course, when you lose that water, you tend to lose all the aquatic life, all the aquatic ecology, that depends upon it.”

“It's an amazing thing to see because the landscape transforms, even in just a few years, into a wildlife-rich, water-resourceful landscape again.”

Now, with 15 beaver family groups in the River Otter, water is coming back into the surrounding low valley floodplains. “It's an amazing thing to see," Brazier says, "because the landscape transforms, even in just a few years, into a wildlife-rich, water-resourceful landscape again.”

The river and streams even look different now, Brazier adds. “For hundreds of years, we've straightened our streams and rivers, we've deepened them, we've even dredged them, and we've done so to accelerate the drainage of water off our farmland,” he explains. “When the beavers come back here, they start to push the water sideways back onto floodplains; they start to put meanders back into our streams and rivers; they start to coppice the trees, like willow, sallow, hazel; and so we get abundant vegetation flourishing again. They bring big trees down and open up gaps in the canopy so that we've then got more light coming down to the understory — the plants that grow near ground level.”

Humans managed variability out of the landscape; the beavers bring it back very quickly.

“What they bring, therefore, is variability,” he continues. “Instead of straight, deep and narrow channels, we get a whole range of different channel shapes and all the associated return of vegetation with that variability. That's something we, as humans, managed out of the landscape, but we’re finding the beavers bring it back very quickly.”

Beavers also improve local water quality by removing much of the sediment from the riverbeds when they build their dams. Downstream of the beaver dams, water flows across “beautiful, clean gravels,” Brazier says, which are critical spawning grounds for salmon and sea trout. These gravels are largely absent in many of England’s streams and rivers at this point.

Water quality is also “pretty fundamental” to human life, Brazier adds. The waters in most UK rivers are obstructed for drinking water purposes, and then a lot of money is spent treating that water to get it into a potable state, he explains.

“If beaver dams…can purify the water, from a human health point of view it's in better condition for drinking,” he says. “It still needs to be treated, of course, but it can be less costly to treat that water if it's cleaner.”